Synthesis, Characterisation, and Evaluation of a Cross-Linked Disulphide Amide-Anhydride-Containing Polymer Based on Cysteine for Colonic Drug Delivery
Previous Article in Special Issue

Small Molecule Binding, Docking, and Characterization of the Interaction between Pth1 and Peptidyl-tRNA

The metabolism of amine-containing drugs by cytochrome P450 enzymes (P450s) is prone to form a nitrosoalkane metabolic intermediate (MI), which subsequently coordinates to the heme iron of a P450, to produce a metabolic-intermediate complex (MIC). This type of P450 inhibition, referred to as mechanism-based inactivation (MBI), presents a serious concern in drug discovery processes. We applied density functional theory (DFT) to the reaction between N-methylhydroxylamine (NMH) and the compound I reactive species of P450, in an effort to elucidate the mechanism of the putative final step of the MI formation in the alkylamine metabolism. Our DFT calculations show that H-abstraction from the hydroxyl group of NMH is the most favorable pathway via which the nitrosoalkane intermediate is produced spontaneously. H-abstraction from the N–H bond was slightly less favorable. In contrast, N-oxidation and H-abstraction from the C–H bond of the methyl group had much higher energy barriers. Hence, if the conversion of NMH to nitrosoalkane is catalyzed by a P450, the reaction should proceed preferentially via H-abstraction, either from the O–H bond or from the N–H bond. Our theoretical analysis of the interaction between the MI and pentacoordinate heme moieties provided further insights into the coordination bond in the MIC. View Full-Text
Keywords: cytochrome P450; mechanism-based inactivation; reaction mechanism; metabolic-intermediate complex; density functional theory; energy decomposition analysis cytochrome P450; mechanism-based inactivation; reaction mechanism; metabolic-intermediate complex; density functional theory; energy decomposition analysis
►▼ Show Figures 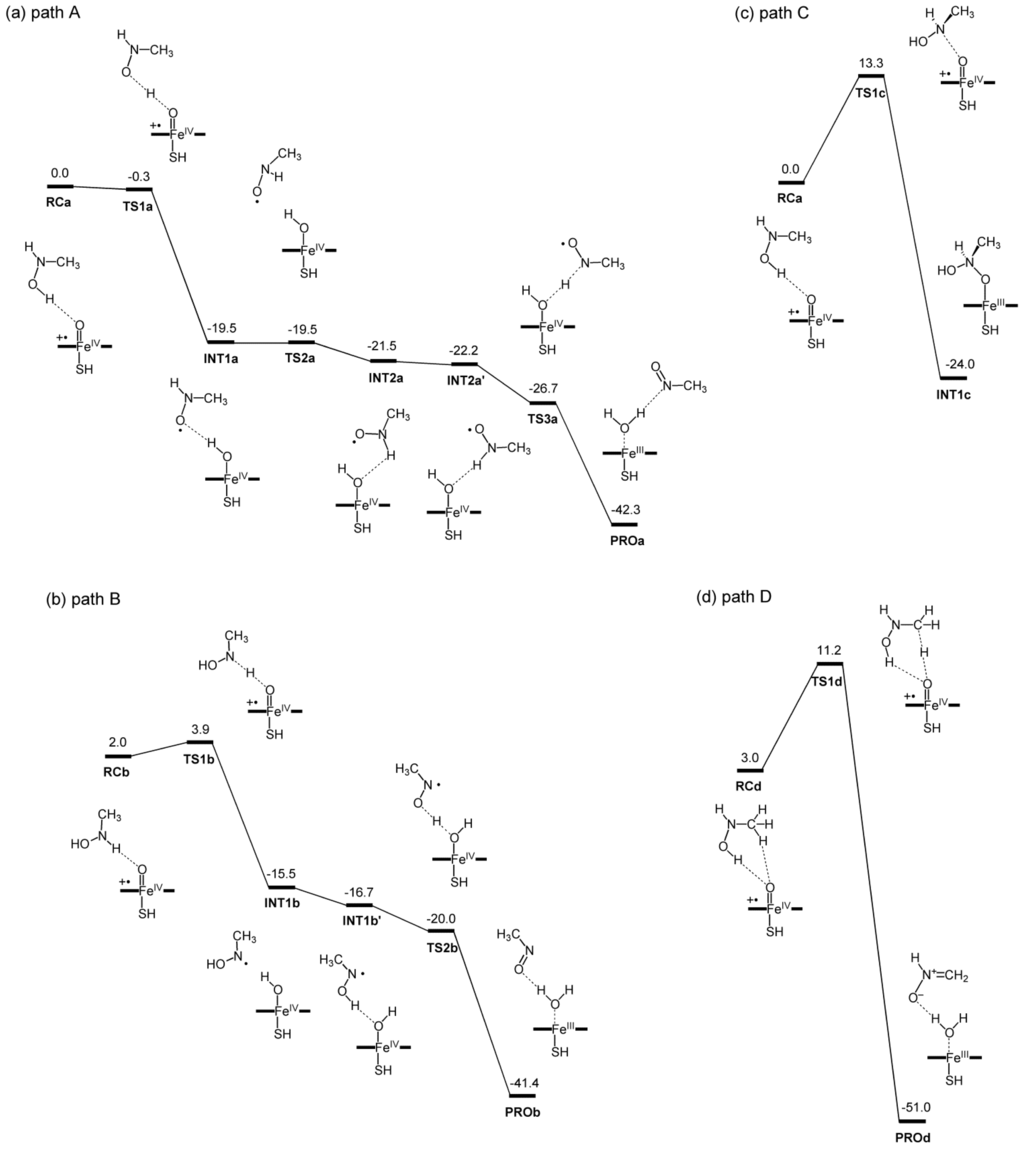