Cationic Antimicrobial Polymers and Their Assemblies

Cationic compounds are promising candidates for development of antimicrobial agents. Positive charges attached to surfaces, particles, polymers, peptides or bilayers have been used as antimicrobial agents by themselves or in sophisticated formulations. The main positively charged moieties in these natural or synthetic structures are quaternary ammonium groups, resulting in quaternary ammonium compounds (QACs). The advantage of amphiphilic cationic polymers when compared to small amphiphilic molecules is their enhanced microbicidal activity. Besides, many of these polymeric structures also show low toxicity to human cells; a major requirement for biomedical applications. Determination of the specific elements in polymers, which affect their antimicrobial activity, has been previously difficult due to broad molecular weight distributions and random sequences characteristic of radical polymerization. With the advances in polymerization control, selection of well defined polymers and structures are allowing greater insight into their structure-antimicrobial activity relationship. On the other hand, antimicrobial polymers grafted or self-assembled to inert or non inert vehicles can yield hybrid antimicrobial nanostructures or films, which can act as antimicrobials by themselves or deliver bioactive molecules for a variety of applications, such as wound dressing, photodynamic antimicrobial therapy, food packing and preservation and antifouling applications.
Keywords: cationic polymers; cationic surfactants and lipids; self-assembled films and nanoparticles; antimicrobial activity cationic polymers; cationic surfactants and lipids; self-assembled films and nanoparticles; antimicrobial activity

Antibiotics are naturally occurring or synthetic organic compounds which inhibit or destroy bacteria or other microorganisms, generally at low concentrations. Antiseptics are biocides or products that destroy or inhibit the growth of microorganisms in or on living tissue (e.g., health care personnel handwashes and surgical scrubs); and disinfectants are similar but generally are products or biocides that are used on inanimate objects or surfaces [1]. Antiseptics and disinfectants are used extensively in hospitals and other health care settings. They are an essential part of infection control practices and prevention of nosocomial infections [2,3]. The potential for microbial contamination and infection risks in the food and general consumer markets have also led to increased use of antiseptics and disinfectants in general. Active biocidal chemicals are found in these products, many of which have been used for hundreds of years for antisepsis, disinfection, and preservation [4].
Antibiotic-resistant bacteria are an important threat to public health due to the slow development of new antibiotics to replace those that become ineffective. Novel antimicrobial agents are needed and much work has been devoted to developing highly efficient compounds that are also less susceptible to development of resistance by the bacteria. Cationic compounds have emerged as promising candidates for further developments as antimicrobial agents with decreased potential for resistance development. Among them, cationic surfactants, lipids, peptides and natural or synthetic polymers have been intensively searched as antimicrobial agents by themselves or in sophisticated formulations.
Quaternary ammonium compounds (QACs) are the most useful antiseptics and disinfectants [5,6]. QACs have been used for a variety of clinical purposes (e.g., preoperative disinfection of unbroken skin, application to mucous membranes, and disinfection of noncritical surfaces). In addition to having antimicrobial properties, QACs are also excellent for hard-surface cleaning and deodorization. QACs are membrane active agents [7] (i.e., with a target site predominantly at the cytoplasmic (inner) membrane in bacteria or the plasma membrane in yeasts) [8]. The following sequence of events occurs with microorganisms exposed to cationic agents: (i) adsorption and penetration of the agent into the cell wall; (ii) reaction with the cytoplasmic membrane (lipid or protein) followed by membrane disorganization; (iii) leakage of intracellular low-molecular-weight material; (iv) degradation of proteins and nucleic acids; and (v) wall lysis caused by autolytic enzymes. There would be a loss of structural organization and integrity of the cytoplasmic membrane in bacteria, together with other damaging effects to the bacterial cell [9,10]. Actually, most studies on membrane damage evaluated the effects of biocides on protoplasts and spheroplasts suspended in various solutes. QACs caused lysis of spheroplasts and protoplasts suspended in sucrose [8,11–13]. The cationic agents interact with phospholipid components in the cytoplasmic membrane [14], thereby producing membrane distortion and protoplast lysis under osmotic stress. Isolated membranes, however, did not undergo disaggregation on exposure to QACs. Some polymeric quaternary ammonium compounds such as polyquaternium-1, a quaternary ammonium polymeric compound, and myristamidopropyl dimethylamine, were shown to induce lysis of spheroplasts of S. marcescens, but not those of C. albicans [15]. Damage to the membrane was sufficient to cause K+ leakage but this injury was not always sufficient to cause spheroplasts lysis. Adsorption of dioctadecyldimethyl ammonium bromide (DODAB) cationic bilayers onto bacterial cells changed the sign of the cell surface potential from negative to positive and a clear relationship between positive charge on bacterial cells and death was described [16]. Regarding the mechanism of DODAB action, neither bacterial cell lysis nor DODAB vesicle disruption took place [17] in contrast to the mechanism of action for single chained cationic surfactants [8,11–13].
The deposition of organic monolayers containing quaternary ammonium groups has been shown by many authors to confer biocidal properties on a large variety of solid surfaces. Quaternized poly (vinylpyridine) chains were grafted on glass surfaces and the charge density varied within the organic layer between 1012 and 1016 positive charges per cm2 so that the effect of the surface charge density on the biocidal activity could be determined [18]. There is a charge-density threshold for optimal efficiency of biocidal action preventing deposition of bacterial biofilms [18]. The removal of divalent counterions from the bacteria during adsorption on charged surfaces might have induced disruption of the bacterial envelope and loss of cell viability.
Although it is quite well known that cationic molecules in solution are able to kill bacteria [19–22], only recently positive charges attached to surfaces, particles, polymers, liposomes or bilayers have really been used to kill bacteria upon contact [23–30]. Positively charged moieties were the quaternary ammonium [28] or the phosphonium [29,30]. Various cationic architectures have been tested such as the polyelectrolyte layers [28,30–32] and the dendrimers [33–35].
In this review, cationic antimicrobial agents based on polymers, lipids and their assemblies are discussed. Table 1 shows the molecular or supramolecular structure of some cationic surfactants, lipids, polymers and their assemblies reported to exhibit potent antimicrobial activity both by themselves or in combinations with inert materials such as natural polymers, eg carboxymethylcellulose (CMC) or even synthetic polymers such as poly (acrylates) or polystyrene sulfate in form of microspheres. Table 1 also illustrates the wide range of cationic molecular and supramolecular structures including nanoparticles that displayed antimicrobial properties. Besides antibiotics and antiviral drugs, a wide range of surfactants, lipids, polymers, nanoparticles and their assemblies can act as antimicrobials.

Macromolecular antimicrobial agents such as cationic polymers, peptoids, peptides and lipopeptides have been under an increased level of scrutiny because they can combat multi-drug-resistant microbes. However, most of these polymers are neither biocompatible nor biodegradable. The straightforward ways of avoiding toxicity would be the design of biodegradable novel materials or the use of natural cationic polymers (e.g., chitosan). Other approaches to be further explored involve the combinations of antimicrobial polymers and appropriate materials either by grafting or by self-assembly in order to produce formulations with adequate performance and low toxicity in vivo. Biopolymers such as polysaccharides and proteins or even biocompatible synthetic polymers such as PMMA could be good alternatives for combinations with antimicrobial polymers aiming at antimicrobial chemotherapy in vivo. The use of antimicrobial macromolecular agents, however, is not restricted to in vivo applications: they may also be used ex vivo for water disinfection, food packing and preservation and many antifouling applications. 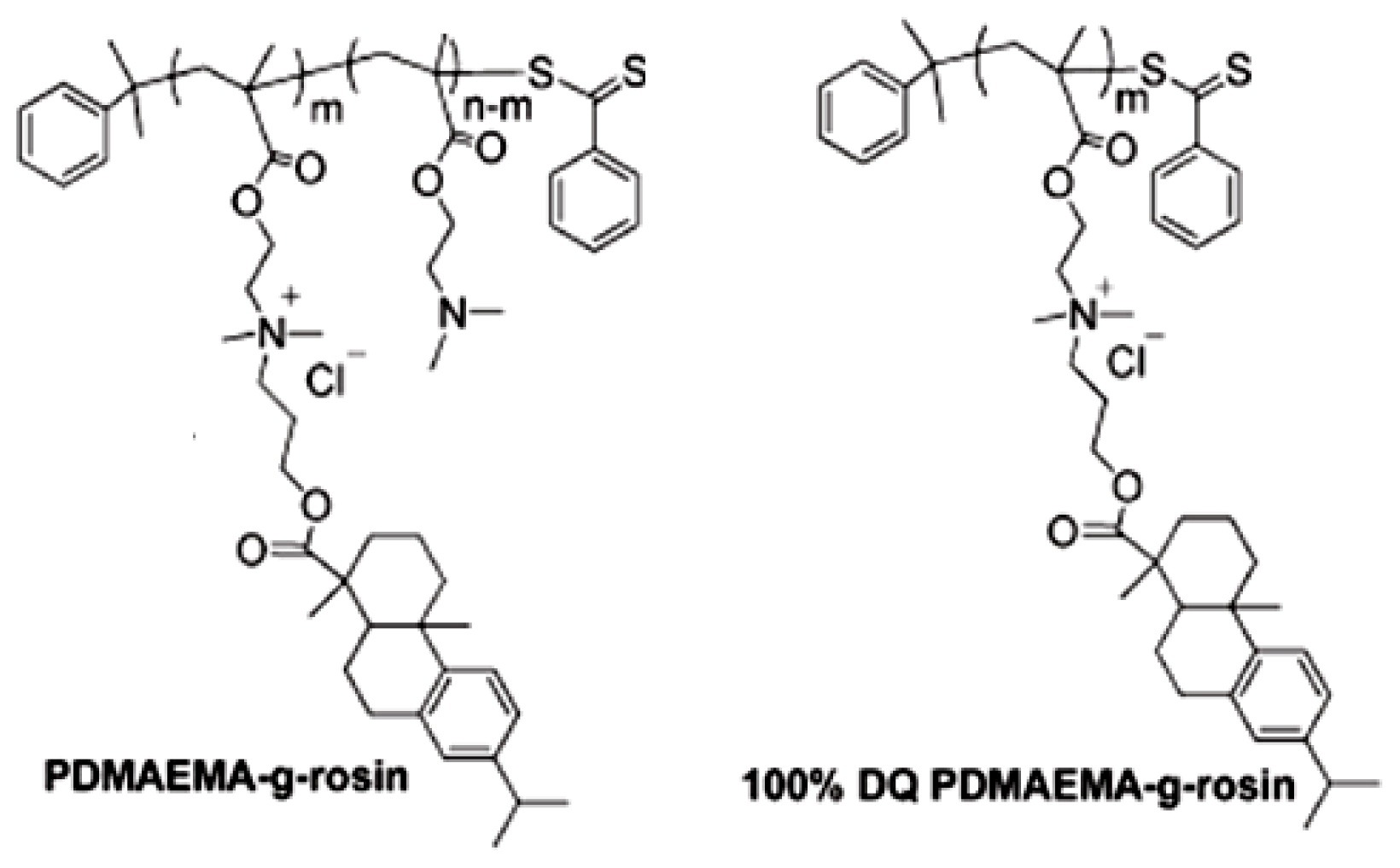 Table 4. Minimum Bactericidal or Fungicidal Concentrations (MBC or MFC) and % haemolysis for hybrid assemblies of DODAB BF/CMC/PDDA (Small and Large Particles, SP and LP). Haemolysis was determined for 1 h of interaction time at 100 and 63 μg/mL poly (diallyldimethylammonium chloride) (PDDA) and DODAB, respectively.

Table 5. Minimum Inhibitory Concentrations (MIC) and haemolysis for some cationic polymers.
*MIC for 90% inhibition of microorganisms.
**MBC for 99% of cell death. Nt: Not tested.