Expression and Role of GPR87 in Urothelial Carcinoma of the Bladder

Alzheimer’s disease (AD) is a progressive neurodegenerative disorder, characterized by loss of memory and cognitive capacity. Given the limitations to analyze brain cells, it is important to study whether peripheral lymphocytes can provide biological markers for AD, an interesting approach, once they represent the overall condition of the organism. To that extent, we sought to find whether lymphocytes of AD patients present DNA damage and repair kinetics different from those found in elderly matched controls (EC group) under in vitro treatment with hydrogen peroxide. We found that AD patient cells indeed showed an altered DNA repair kinetics (comet assay). Real-time quantitative analysis of genes associated with DNA stress response also showed that FANCG and CDKN1A are upregulated in AD, while MTH1 is downregulated, compared with the control group. In contrast, the expression of ATM, ATR and FEN1 genes does not seem to differ between these groups. Interestingly, TP53 protein expression was increased in AD patients. Therefore, we found that kinetics of the stress response in the DNA were significantly different in AD patients, supporting the hypothesis that repair pathways may be compromised in AD and that peripheral lymphocytes can reveal this condition. View Full-Text
Keywords: Alzheimer’s disease; DNA repair; oxidative stress Alzheimer’s disease; DNA repair; oxidative stress
►▼ Show Figures 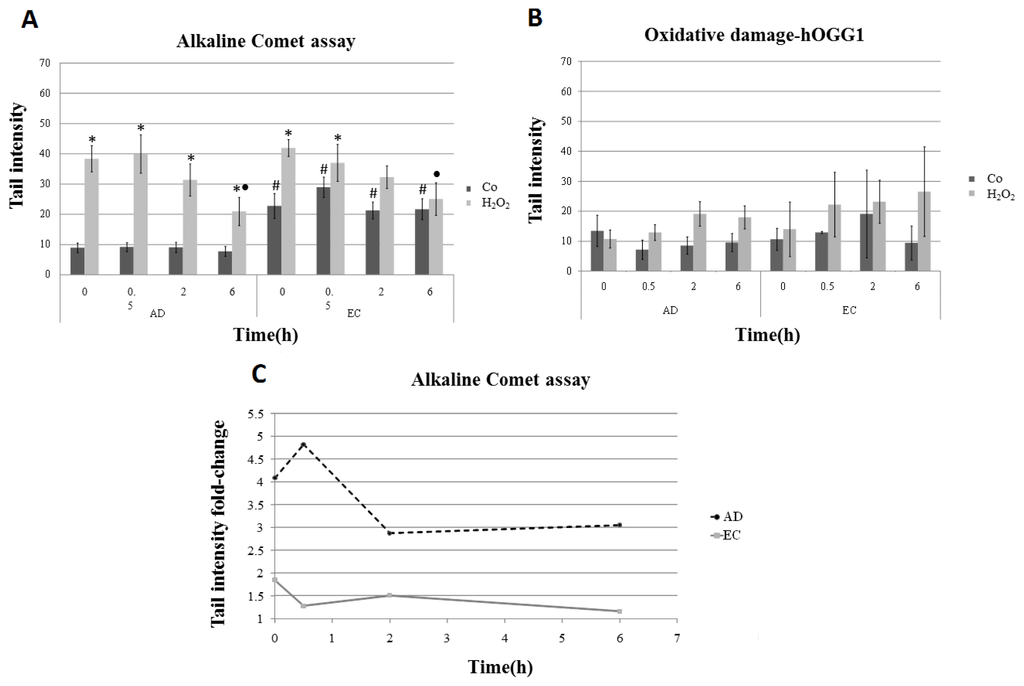