Does Melatonin Homeostasis Play a Role in Continuous Epigastric Pain Syndrome?
Next Article in Special Issue

Metabolomic-Based Study of the Leafy Gall, the Ecological Niche of the Phytopathogen Rhodococcus fascians, as a Potential Source of Bioactive Compounds

Leafy gall is a plant hyperplasia induced upon Rhodococcus fascians infection. Previously, by genomic and transcriptomic analysis, it has been reported that, at the early stage of symptom development, both primary and secondary metabolisms are modified. The present study is based on the hypothesis that fully developed leafy gall, could represent a potential source of new bioactive compounds. Therefore, non-targeted metabolomic analysis of aqueous and chloroform extracts of leafy gall and non-infected tobacco was carried out by 1H-NMR coupled to principal component analysis (PCA) and orthogonal projections to latent structures-discriminant analysis (OPLS-DA). Polar metabolite profiling reflects modifications mainly in the primary metabolites and in some polyphenolics. In contrast, main modifications occurring in non-polar metabolites concern secondary metabolites, and gas chromatography and mass spectrometry (GC-MS) evidenced alterations in diterpenoids family. Analysis of crude extracts of leafy galls and non-infected tobacco leaves exhibited a distinct antiproliferative activity against all four tested human cancer cell lines. A bio-guided fractionation of chloroformic crude extract yield to semi-purified fractions, which inhibited proliferation of glioblastoma U373 cells with IC50 between 14.0 and 2.4 µg/mL. Discussion is focused on the consequence of these metabolic changes, with respect to plant defense mechanisms following infection. Considering the promising role of diterpenoid family as bioactive compounds, leafy gall may rather be a propitious source for drug discovery. View Full-Text
Keywords: metabolomics; tobacco; multivariate data analysis; diterpenoids; leafy gall; Rhodococcus fascians metabolomics; tobacco; multivariate data analysis; diterpenoids; leafy gall; Rhodococcus fascians
►▼ Show Figures 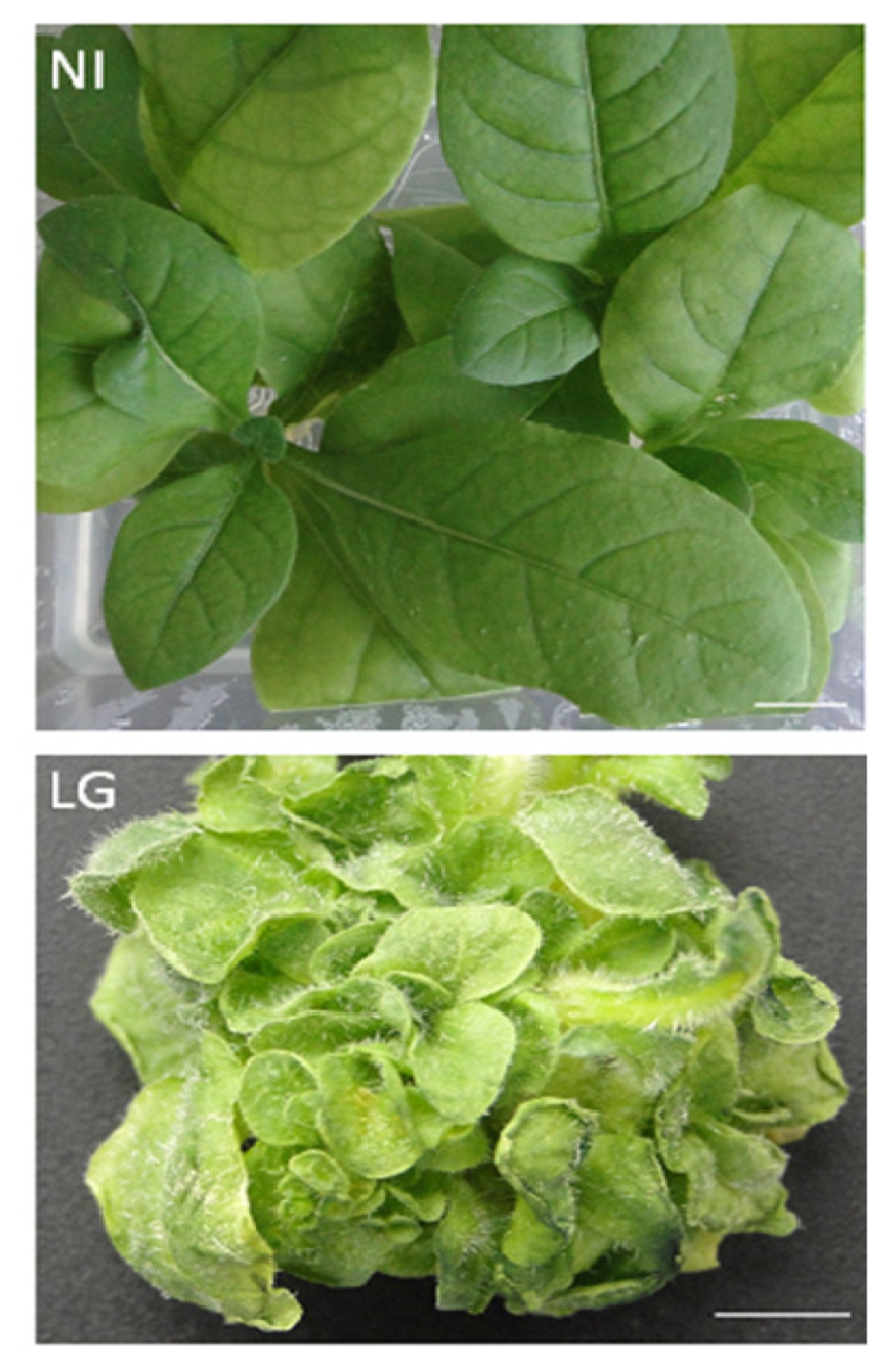