Purification of an Inducible DNase from a Thermophilic Fungus

In this study, we gain insight into the extracellular proteolytic system of Sulfolobus solfataricus grown on proteinaceous substrates, providing further evidence that acidic proteases were specifically produced in response to peptide-rich media. The main proteolytic component was the previously isolated SsMTP (Sulfolobus solfataricus multi-domain thermopsin-like protease), while the less abundant (named SsMTP-1) one was purified, characterized and identified as the sso1175 gene-product. The protein revealed a multi-domain organization shared with the cognate SsMTP with a catalytic domain followed by several tandemly-repeated motifs. Moreover, both enzymes were found spread across the Crenarchaeota phylum and belonging to the thermopsin family, although segregated into diverse phylogenetic clusters. SsMTP-1 showed a 75-kDa molecular mass and was stable in the temperature range 50–90 °C, with optimal activity at 70 °C and pH 2.0. Serine, metallo and aspartic protease inhibitors did not affect the enzyme activity, designating SsMTP-1 as a new member of the pepstatin-insensitive aspartic protease family. The peptide-bond-specificity of SsMTP-1 in the cleavage of the oxidized insulin B chain was uncommon amongst thermopsins, suggesting that it could play a distinct, but cooperative role in the protein degradation machinery. Interestingly, predictions of the transmembrane protein topology of SsMTP and SsMTP-1 strongly suggest a possible contribution in signal-transduction pathways. View Full-Text
Keywords: Sulfolobus solfataricus; thermopsin; thermophilic enzyme; signal-transduction pathways Sulfolobus solfataricus; thermopsin; thermophilic enzyme; signal-transduction pathways
►▼ Show Figures 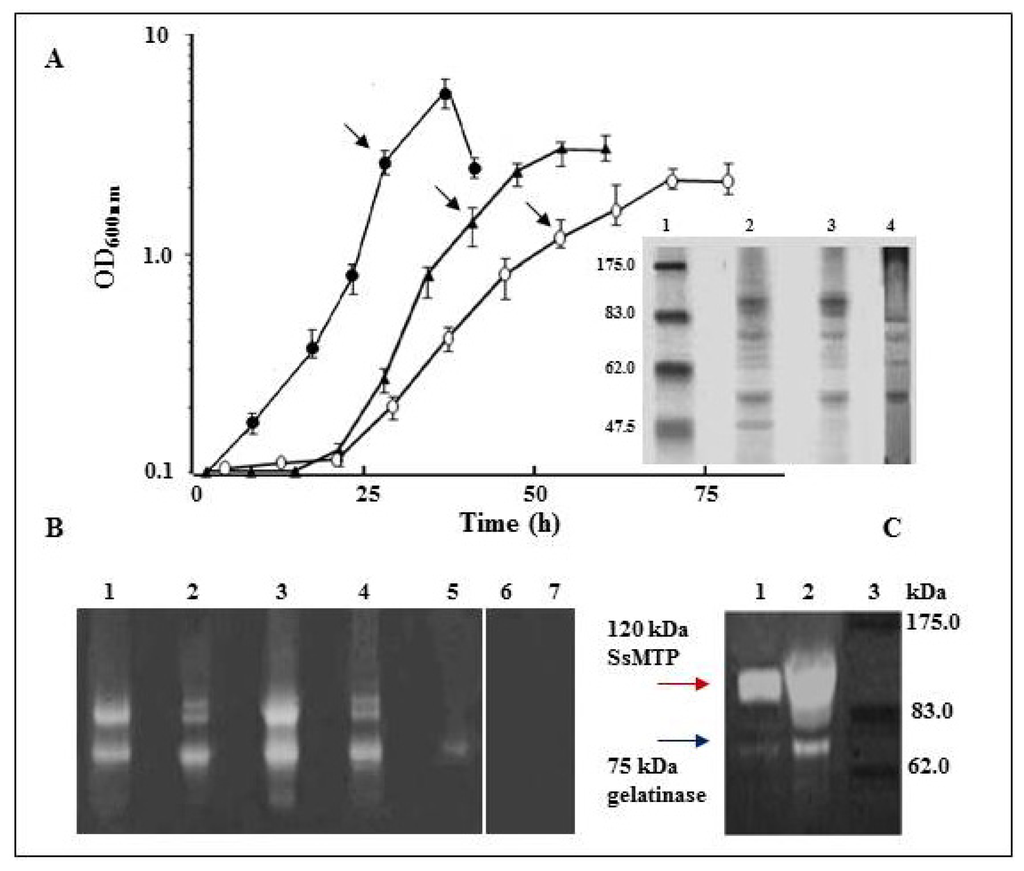