This study evaluated the in vitro effects of 62.5 µg/mL silica nanoparticles (SiO2 NPs) on MRC-5 human lung fibroblast cells for 24, 48 and 72 h. The nanoparticles’ morphology, composition, and structure were investigated using high resolution transmission electron microscopy, selected area electron diffraction and X-ray diffraction. Our study showed a decreased cell viability and the induction of cellular oxidative stress as evidenced by an increased level of reactive oxygen species (ROS), carbonyl groups, and advanced oxidation protein products after 24, 48, and 72 h, as well as a decreased concentration of glutathione (GSH) and protein sulfhydryl groups. The protein expression of Hsp27, Hsp60, and Hsp90 decreased at all time intervals, while the level of protein Hsp70 remained unchanged during the exposure. Similarly, the expression of p53, MDM2 and Bcl-2 was significantly decreased for all time intervals, while the expression of Bax, a marker for apoptosis, was insignificantly downregulated. These results correlated with the increase of pro-caspase 3 expression. The role of autophagy in cellular response to SiO2 NPs was demonstrated by a fluorescence-labeled method and by an increased level of LC3-II/LC3-I ratio. Taken together, our data suggested that SiO2 NPs induced ROS-mediated autophagy in MRC-5 cells as a possible mechanism of cell survival. View Full-Text
Keywords: SiO2 nanoparticles; heat shock proteins; oxidative stress; apoptosis; autophagy; MRC-5 cell line SiO2 nanoparticles; heat shock proteins; oxidative stress; apoptosis; autophagy; MRC-5 cell line
►▼ Show Figures 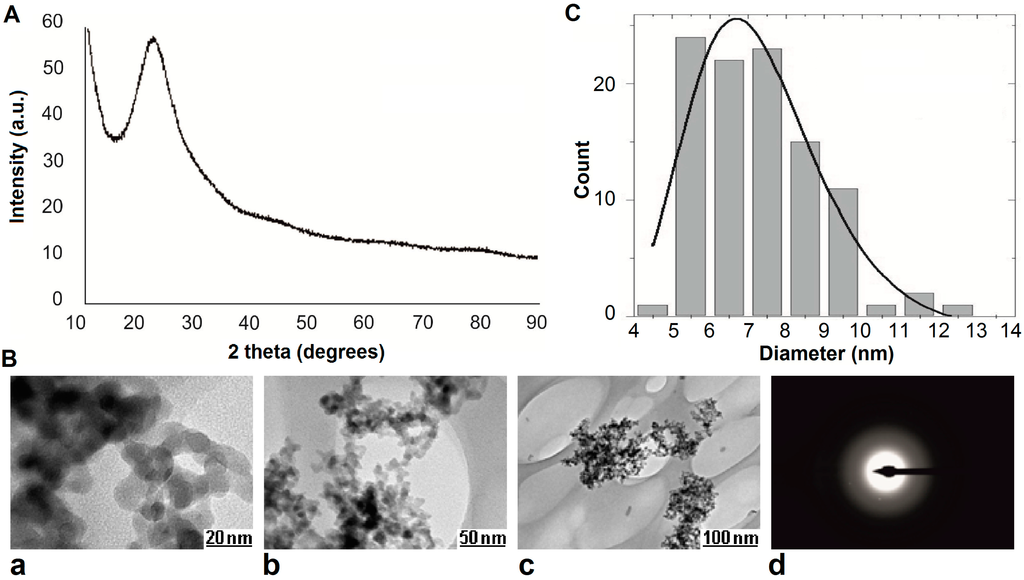