Mannose receptor (MR) is a member of pattern-recognition receptors (PRRs), which plays a significant role in immunity responses. Much work on MR has been done in mammals and birds while little in fish. In this report, a MR gene (designated as zfMR) was cloned from zebra fish (Danio rerio), which is an attractive model for the studies of animal diseases. The full-length cDNA of zfMR contains 6248 bp encoding a putative protein of 1428 amino acids. The predicted amino acid sequences showed that zfMR contained a cysteine-rich domain, a single fibronectin type II (FN II) domain, eight C-type lectin-like domains (CTLDs), a transmembrane domain and a short C-terminal cytoplasmic domain, sharing highly conserved structures with MRs from the other species. The MR mRNA could be detected in all examined tissues with highest level in kidney. The temporal expression patterns of MR, IL-1β and TNF-α mRNAs were analyzed in the liver, spleen, kidney and intestine post of infection with Aeromonas sobria. By immunohistochemistry assay, slight enhancement of MR protein was also observed in the spleen and intestine of the infected zebra fish. The established zebra fish-A. sobria infection model will be valuable for elucidating the role of MR in fish immune responses to infection. View Full-Text
Keywords: Danio rerio; mannose receptor; mRNA expression; protein expression; Aeromonas sobria Danio rerio; mannose receptor; mRNA expression; protein expression; Aeromonas sobria
►▼ Show Figures 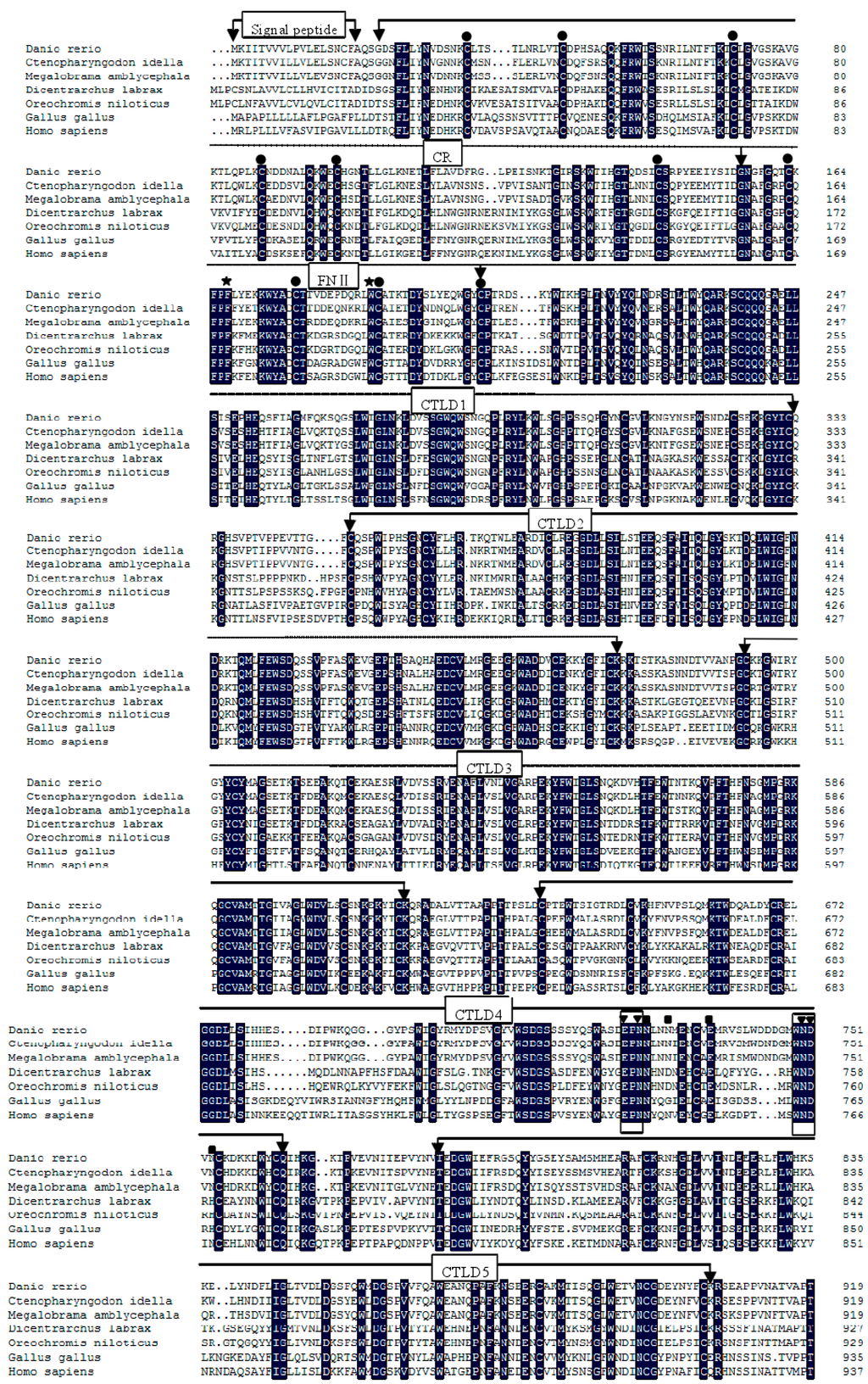