Neuroprotection via Reduction in Stress: Altered Menstrual Patterns as a Marker for Stress and Implications for Long-Term Neurologic Health in Women

Current genetically-engineered mouse melanoma models are often based on Tyr::CreERT2-controlled MAPK pathway activation by the BRAFV600E mutation and PI3K pathway activation by loss of PTEN. The major drawback of these models is the occurrence of spontaneous tumors caused by leakiness of the Tyr::CreERT2 system, hampering long-term experiments. To address this problem, we investigated several approaches to optimally provide local delivery of Cre recombinase, including injection of lentiviral particles, DNA tattoo administration and particle-mediated gene transfer, to induce melanomas in PtenLoxP/LoxP;BrafCA/+ mice lacking the Tyr::CreERT2 allele. We found that dermal delivery of the Cre recombinase gene under the control of a non-specific CAG promoter induced the formation of melanomas, but also keratoacanthoma and squamous cell carcinomas. Delivery of Cre recombinase DNA under the control of melanocyte-specific promoters in PtenLoxP/LoxP;BrafCA/+ mice resulted in sole melanoma induction. The growth rate and histological features of the induced tumors were similar to 4-hydroxytamoxifen-induced tumors in Tyr::CreERT2;PtenLoxP/LoxP;BrafCA/+ mice, while the onset of spontaneous tumors was prevented completely. These novel induction methods will allow long-term experiments in mouse models of skin malignancies. View Full-Text
Keywords: dermal delivery; CreERT2; melanoma dermal delivery; CreERT2; melanoma
►▼ Show Figures 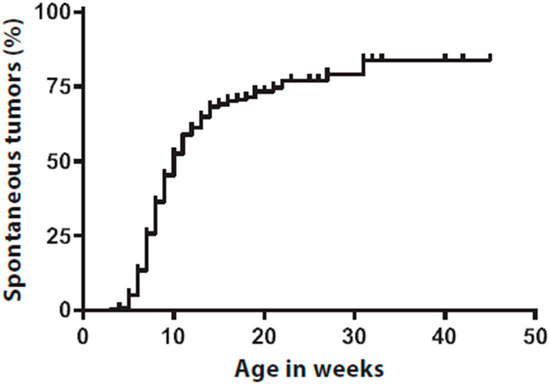