Oncostatic-Cytoprotective Effect of Melatonin and Other Bioactive Molecules: A Common Target in Mitochondrial Respiration
Next Article in Special Issue

The earliest studies in the late 19th century on Streptococcus pneumoniae (S. pneumoniae) carriage used saliva as the primary specimen. However, interest in saliva declined after the sensitive mouse inoculation method was replaced by conventional culture, which made isolation of pneumococci from the highly polymicrobial oral cavity virtually impossible. Here, we tested the feasibility of using dried saliva spots (DSS) for studies on pneumococcal carriage. Saliva samples from children and pneumococcus-spiked saliva samples from healthy adults were applied to paper, dried, and stored, with and without desiccant, at temperatures ranging from −20 to 37 °C for up to 35 days. DNA extracted from DSS was tested with quantitative-PCR (qPCR) specifically for S. pneumoniae. When processed immediately after drying, the quantity of pneumococcal DNA detected in spiked DSS from adults matched the levels in freshly spiked raw saliva. Furthermore, pneumococcal DNA was stable in DSS stored with desiccant for up to one month over a broad range of temperatures. There were no differences in the results when spiking saliva with varied pneumococcal strains. The collection of saliva can be a particularly useful in surveillance studies conducted in remote settings, as it does not require trained personnel, and DSS are resilient to various transportation conditions. View Full-Text
Keywords: pneumococcus; colonization; surveillance; saliva; dried spots; upper respiratory tract pneumococcus; colonization; surveillance; saliva; dried spots; upper respiratory tract
►▼ Show Figures 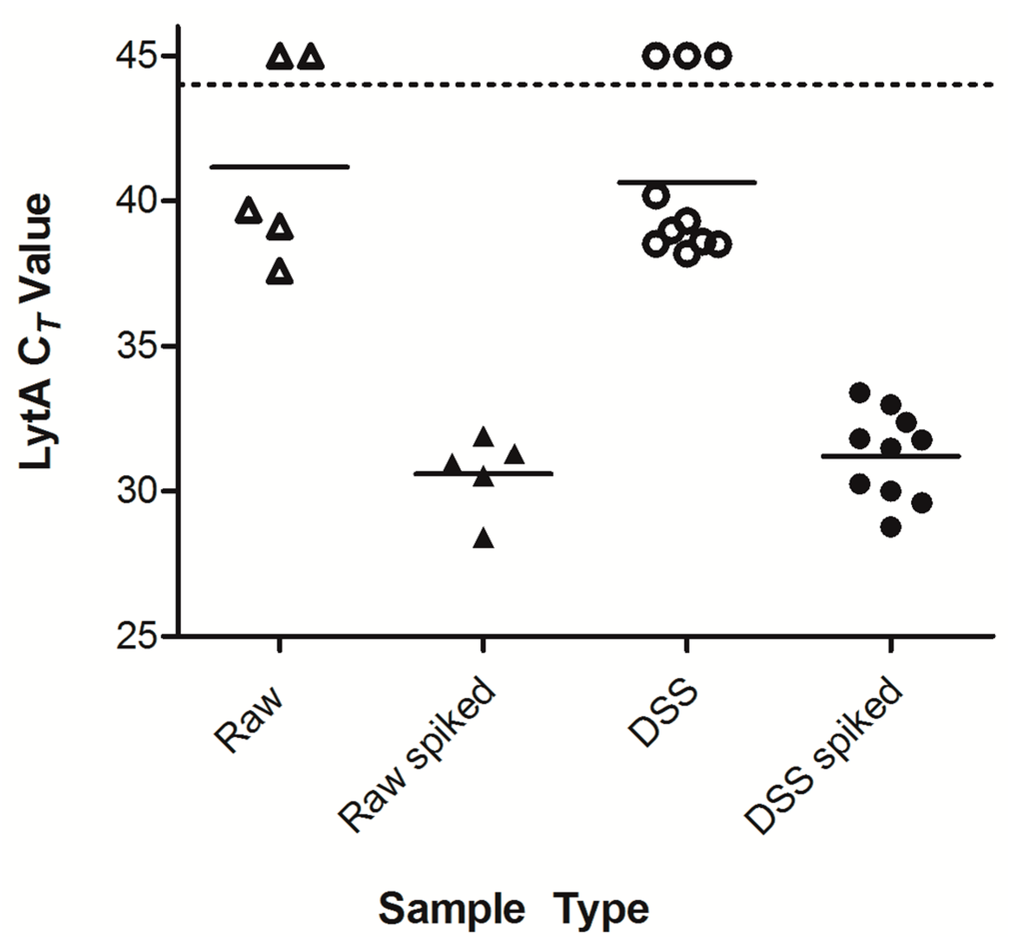