Erythropoietin Pathway: A Potential Target for the Treatment of Depression
Previous Article in Special Issue

Mycobacterium smegmatis strain MC2 155 is an attractive model organism for the study of M. tuberculosis and other mycobacterial pathogens, as it can grow well using cholesterol as a carbon resource. However, its global transcriptomic response remains largely unrevealed. In this study, M. smegmatis MC2 155 cultivated in androstenedione, cholesterol and glycerol supplemented media were collected separately for a RNA-Sequencing study. The results showed that 6004, 6681 and 6348 genes were expressed in androstenedione, cholesterol and glycerol supplemented media, and 5891 genes were expressed in all three conditions, with 237 specially expressed in cholesterol added medium. A total of 1852 and 454 genes were significantly up-regulated by cholesterol compared with the other two supplements. Only occasional changes were observed in basic carbon and nitrogen metabolism, while almost all of the genes involved in cholesterol catabolism and mammalian cell entry (MCE) were up-regulated by cholesterol, but not by androstenedione. Eleven and 16 gene clusters were induced by cholesterol when compared with glycerol or androstenedione, respectively. This study provides a comprehensive analysis of the cholesterol responsive transcriptome of M. smegmatis. Our results indicated that cholesterol induced many more genes and increased the expression of the majority of genes involved in cholesterol degradation and MCE in M. smegmatis, while androstenedione did not have the same effect. View Full-Text
Keywords: Mycobacterium smegmatis; RNA-Seq; cholesterol; mammalian cell entry Mycobacterium smegmatis; RNA-Seq; cholesterol; mammalian cell entry
►▼ Show Figures 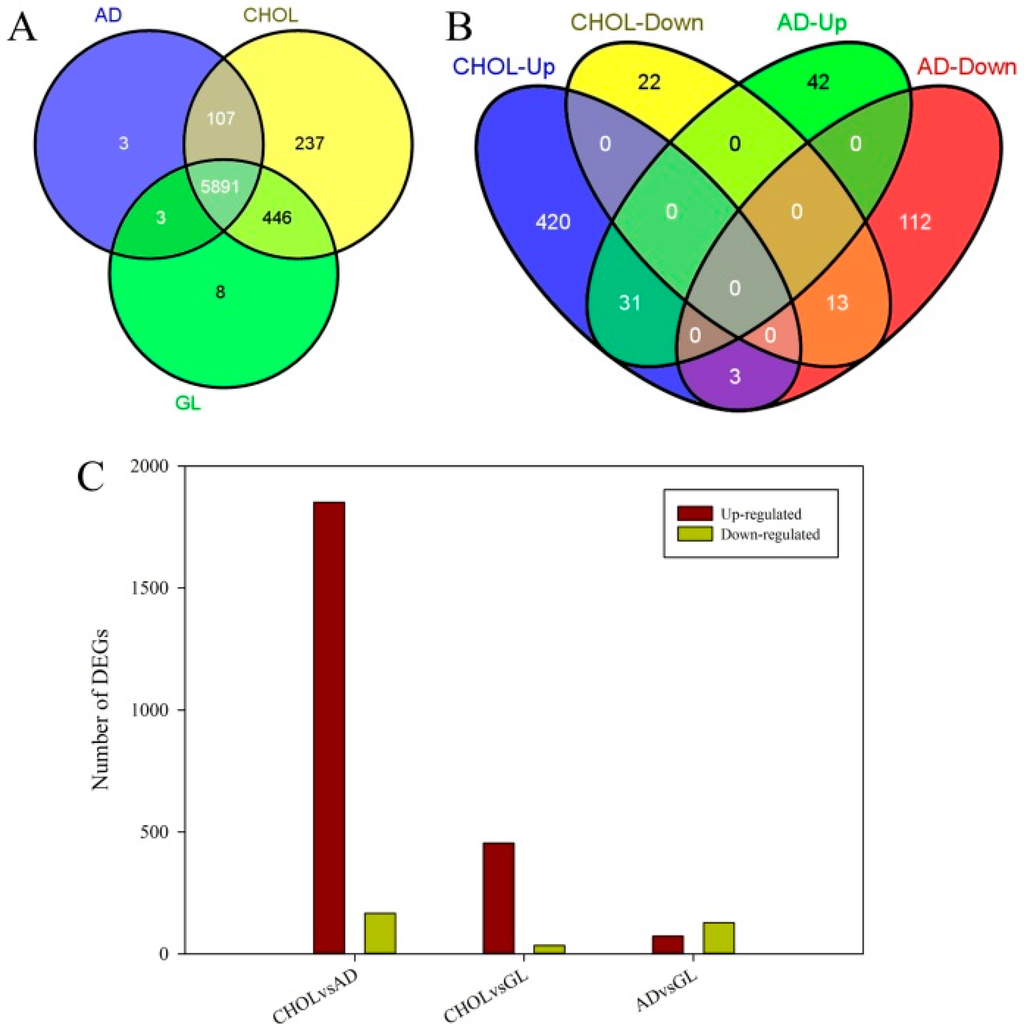