Intravenous iron preparations are typically classified as non-dextran-based or dextran/dextran-based complexes. The carbohydrate shell for each of these preparations is unique and is key in determining the various physicochemical properties, the metabolic pathway, and the immunogenicity of the iron-carbohydrate complex. As intravenous dextran can cause severe, antibody-mediated dextran-induced anaphylactic reactions (DIAR), the purpose of this study was to explore the potential of various intravenous iron preparations, non-dextran-based or dextran/dextran-based, to induce these reactions. An IgG-isotype mouse monoclonal anti-dextran antibody (5E7H3) and an enzyme-linked immunosorbent assay (ELISA) were developed to investigate the dextran antigenicity of low molecular weight iron dextran, ferumoxytol, iron isomaltoside 1000, ferric gluconate, iron sucrose and ferric carboxymaltose, as well as isomaltoside 1000, the isolated carbohydrate component of iron isomaltoside 1000. Low molecular weight iron dextran, as well as dextran-based ferumoxytol and iron isomaltoside 1000, reacted with 5E7H3, whereas ferric carboxymaltose, iron sucrose, sodium ferric gluconate, and isolated isomaltoside 1000 did not. Consistent results were obtained with reverse single radial immunodiffusion assay. The results strongly support the hypothesis that, while the carbohydrate alone (isomaltoside 1000) does not form immune complexes with anti-dextran antibodies, iron isomaltoside 1000 complex reacts with anti-dextran antibodies by forming multivalent immune complexes. Moreover, non-dextran based preparations, such as iron sucrose and ferric carboxymaltose, do not react with anti-dextran antibodies. This assay allows to assess the theoretical possibility of a substance to induce antibody-mediated DIARs. Nevertheless, as this is only one possible mechanism that may cause a hypersensitivity reaction, a broader set of assays will be required to get an understanding of the mechanisms that may lead to intravenous iron-induced hypersensitivity reactions. View Full-Text
Keywords: anaphylaxis; antidextran; intravenous iron anaphylaxis; antidextran; intravenous iron
►▼ Show Figures 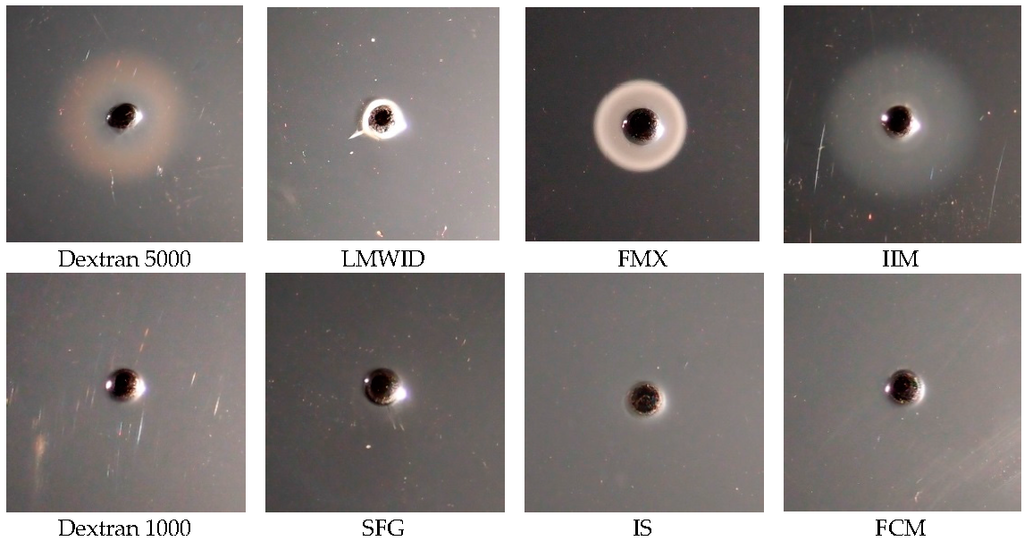