The objectives of this investigation were to produce a novel chitosanase for application in industries and waste treatment. The transformation of chitinous biowaste into valuable bioactive chitooligomers (COS) is one of the most exciting applications of chitosanase. An amphiprotic novel chitosanase from Bacillus mycoides TKU038 using squid pen powder (SPP)-containing medium was retrieved from a Taiwan soil sample, which was purified by column chromatography, and characterized by biochemical protocol. Extracellular chitosanase (CS038) was purified to 130-fold with a 35% yield, and its molecular mass was roughly 48 kDa. CS038 was stable over a wide range of pH values (4–10) at 50 °C and exhibited an optimal temperature of 50 °C. Interestingly, the optimum pH values were estimated as 6 and 10, whereas CS038 exhibited chitosan-degrading activity (100% and 94%, respectively). CS038 had Km and Vmax values of 0.098 mg/mL and 1.336 U/min, separately, using different concentrations of water-soluble chitosan. A combination of the high performance liquid chromatography (HPLC) and matrix-assisted laser desorption ionization-time of flight (MALDI-TOF) mass spectrometer data revealed that the chitosan oligosaccharides obtained from the hydrolysis of chitosan by CS038 comprise oligomers with multiple degrees of polymerization (DP), varying from 3–9, as well as CS038 in an endolytic fashion. The TKU038 culture supernatant and COS mixture exhibited 2,2-diphenyl-1-picrylhydrazyl (DPPH) scavenging activities. The COS activities were dose dependent and correlated to their DP. The COS with high DP exhibited enhanced DPPH radical scavenging capability compared with COS with low DP. Furthermore, the COS exhibited inhibitory behavior on nitric oxide (NO) production in murine RAW 264.7 macrophage cells, which was induced by Escherichia coli O111 lipopolysaccharide (LPS). The COS with low DP possesses a more potent anti-inflammatory capability to decrease NO production (IC50, 76.27 ± 1.49 µg/mL) than that of COS with high DP (IC50, 82.65 ± 1.18 µg/mL). Given its effectiveness in production and purification, acidophilic and alkalophilic properties, stability over ranges of pH values, ability to generate COS, antioxidant activity, and anti-inflammatory, CS038 has potential applications in SPP waste treatment and industries for COS production as a medical prebiotic. View Full-Text
Keywords: chitosanase; amphiprotic; squid pen; Bacillus mycoides; chitooligomers; antioxidant chitosanase; amphiprotic; squid pen; Bacillus mycoides; chitooligomers; antioxidant
►▼ Show Figures 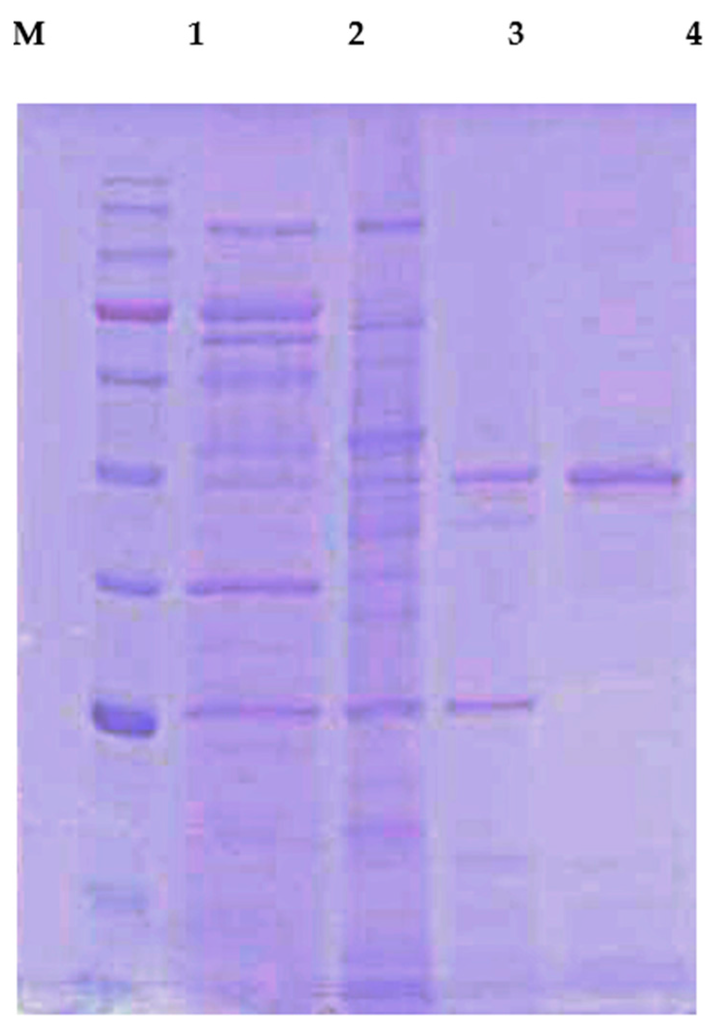