Neurological and Inflammatory Manifestations in Sjögren’s Syndrome: The Role of the Kynurenine Metabolic Pathway

To compare responses to exposures to varying combinations of ambient dryness and temperature, the hormonal environment of pregnancy, and the transition from young adulthood to mature adulthood, we collated abundance data for transcripts that were measured in all three previous studies and submitted the data to principal component analysis (PCA). Groups V.G2, V.G3, V.G5, P.G5, and V.G6 were 20 weeks old and were raised and housed in a barrier-free facility, where they experienced different environmental exposures. Group V.G7 was 52 weeks old and was raised and housed in barrier facilities. Group P.G5 was term-pregnant; the other groups were nulliparous. Figure 1 presents the average daily high temperatures and average maximum degree of dryness that the six groups experienced.
The individual glands’ projections with respect to the significant principal components are presented in Figure 2. The glands from the two groups that experienced the most benign ambient conditions (i.e., V.G7 and V.G3) clustered closely together within narrow ranges of PC1, PC2, and PC3 projections, indicated by brackets in Figure 2A,B. We interpreted these as empirical normal ranges. The glands from groups V.G2, V.G5, and V.G6 (i.e., nulliparous groups that experienced hotter, drier, or hotter and dryer conditions) were distributed more dispersedly with respect to PC1. Projections of some V.G2 and V.G5 glands fell within the empirical normal range; projections of other V.G2 and V.G5 glands, and of all V.G6 glands, fell well below the empirical normal range. The glands from group P.G5 (i.e., the term-pregnant animals) exhibited the most dispersed distributions with respect to PC1; one clearly-defined subgroup of glands exhibited positive PC1 projections within the empirical normal range; the other subgroup exhibited negative PC1 projections that extended well beyond the ranges of the glands from any of the other groups. We designated the respective subgroups P.G5.B and P.G5.A, and we selected one gland from each subgroup for further analysis.
The V.G3, V.G5, V.G6, and P.G5.A glands clustered together with respect to their PC4 and PC5 projections, again defining empirical normal ranges (Figure 2C). The V.G7 glands fell outside the empirical normal ranges, possibly reflecting an influence of the animals’ transition from young adulthood to maturity. Four of the P.G5 glands fell outside or well outside the empirical normal ranges, one in each quadrant, possibly reflecting stochastic responses to the hormonal environment of pregnancy.
Median abundances of numerous transcripts in the glands from groups V.G2, V.G3, V.G5, and V.G6 could be described by heuristics related to the average daily high temperature or the average daily maximum degree of dryness the animals experienced [47,48]. Therefore, we analyzed the relationships between the environmental variables and the principal component projections of the glands from all five groups of nulliparous animals described in this study. As shown in Figure 3A, the median PC2 projections could be modeled as decreasing exponentially with exposure to increasing daily high temperatures (R2 = 0.981). As shown in Figure 3B, the median PC1 projections could be modeled as decreasing exponentially with exposure to increasing degrees of dryness (R2 = 0.960). The median PC1 projection of group V.G6 glands was notably displaced from the exponential growth model prediction. The V.G6 glands showed a significant exponential relationship between decreasing PC1 projections and increasing PC3 projections (Figure 2B, R2 = 0.891), suggesting that a phenomenon related to the PC3 projections displaced their PC1 projections above the value predicted in Figure 3B.
The abundances of numerous transcripts exhibited low concordances between right eye (oculus dextrus (OD))-associated and left eye (oculus sinister (OS))-associated lacrimal glands from the group V.G5 animals [47]. To assess the relative contributions that systemic factors and strictly local stochastic factors made to PC1 projections of the P.G5.B and P.G5.A glands, we plotted PC1 projections of the companion right eye OD-associated and left eye OS-associated glands from each group P.G5 animal (Figure 4). Glands P.G5.05.OD and P.G5.05.OS were the only companions that exhibited similar PC1 projections. The poor concordances between companion glands indicate that strictly local stochastic factors contribute substantially to PC1 projection variations.
Table 1 presents the transcript loadings identified by principal analysis of the collated data. Messenger RNAs for IL-1α, IL-1β, IL-6, IL-10, CCL2, CCL4, CCR5, CXCL13, CD4, CD8, CD28, cytotoxic T-lymphocyte-associated antigen 4 (CTLA-4), BAFF, MHC II, and PRL contributed negative loadings to PC1 in this analysis. Many of these transcripts correlated strongly with each other when we submitted the complete datasets for the V.G2, V.G3, V.G5, and V.G6 glands to separate Pearson’s tests [47]. They also tended to contribute strong negative loadings to the first principal component when we submitted the complete datasets for the V.G7 glands [50] and the V.G5 and P.G5 glands to separate to principal component analyses [49]. Exceptions to this generalization resulted from having collated data from groups V.G2 and V.G6 together with data from the other groups.

2.2. Distribution of Transcript Expression among Epithelial Segments and Immune Cells

The modeled abundances of mRNA for PRL were remarkably disparate from the measured abundances of mRNA for PRL in the whole-gland samples (Figure 9). The modeled abundance of mRNA PRL for gland P.G5.06.OS samples was much lower than the modeled abundances for samples that were microdissected from a V.G5 gland [47]. This finding is consistent with the hypothesis that epithelial cells in gland P.G5.06.OS downregulated their expression of PRL in response to the high levels of PRL that the anterior pituitary contributes to the circulation during pregnancy. The large variances of the modeled abundances in microdissected samples from the P.G5.B gland precludes a comparison. However, the measured abundance of mRNA for PRL in gland P.G5.06.OS sample was much higher than in the P.G5.B whole-gland samples and the V.G5 whole-gland samples. This finding suggests that high levels of PRL were expressed by cells that we did not sample by microdissection of gland P.G5.06.OS. To test this hypothesis, we stained frozen sections of three P.G5.B glands and three P.G5.A glands for PRL immunopositivity. Cells, possibly macrophages [51], that were intensely positive for PRL immunoreactivity were scattered in interacinar spaces, where they would not have been sampled by our protocol, and they were 8.15-fold more frequent (p < 0.001) in gland P.G5.06.OSs than in the P.G5.B glands (Figure 9). The finding of a high frequency of PRLHigh cells in P.G5.A glands is consistent with the hypothesis that cells outside the acinus duct axis participated in the Sjögren’s-like epithelium immune cell network.

We analyzed lacrimal glands from six groups of female rabbits, all described previously [47,48,49,50]. Groups V.G2, V.G3, V.G5, and V.G6 were 20-week-old nulliparous adults. Incomplete data were obtained from a sixth group of 20-week-old rabbits (V.G4) and were not included in the analysis. Group P.G5 was term-pregnant 20-week-old rabbits. Group V.G7 was 52-week-old nulliparous adults [50]. Groups V.G2, V.G3, V.G5, P.G5, and V.G6 were obtained from a barrier-free facility (Irish Farms, Norco, CA, USA). They were raised at different times and, thus, were exposed to different environmental temperatures and different degrees of environmental dryness prior to arriving at the University of Southern California Health Sciences Campus Vivaria (USC HSC, Los Angeles, CA, USA) for a four-day acclimation period. Group V.G7 was raised and maintained in barrier facilities (Covance Research Products, Denver, PA, and the USC HSC Vivaria), where the animals were exposed to consistently mild temperatures and mild degrees of dryness. All procedures with animals conformed with the Association for Research in Vision and Ophthalmology (ARVO) statement on the Use of Animals in Vision Research. All procedures with animals were approved by the University of Southern California Institutional Animal Care and Use Committee, protocol #20057, 24 August 2016.

We euthanized rabbits with Euthasol® after sedating with ketamine/xylazine. We removed lacrimal glands at necropsy in RNAse-free conditions and divided each gland into three parts. We placed one part in RNALater® for RNA extraction, one part in formalin for paraffin embedding and hematoxylin and eosin (H&E) and trichrome staining studies (not reported), and one part in OCT® for rapid freezing in liquid nitrogen, sectioning, immunohistochemical staining, and laser capture microdissection.

We extracted mRNA with RNAqueous Micro® kits from Ambion (Austin, TX, USA) according to the manufacturer’s protocol, eluting with 11-L aliquots of prewarmed elution solutions. After treatment with DNAase and quality control with an ND-1000 spectrophotometer from Nanodrop Technologies (Wilmington, DE, USA), we reversed-transcribed to complementary DNA (cDNA) with High-Capacity cDNA Reverse Transcription Kits and RNase Inhibitor from Applied Biosystems using a DNA Engine® thermal cycler from Bio-Rad (Hercules, CA, USA). We preamplified cDNA using TaqMan PreAmp Master Mix® from Applied Biosystems. We performed real-time RT-PCR with a Prism 790HT® from Applied Biosystems using primer and probe sequences selected with the Primer Express® program and synthesized by Applied Biosystems. We expressed all transcript abundances relative to the abundance of mRNA for glyceraldehyde 3-phosphate dehydrogenase (GAPDH).

We used the protocol described by Ding et al. to stain frozen sections for PRL immunopositivity [46].

As in previous studies [49,50], we submitted relative transcript abundances to Partek Genomics Suite® for principal component analysis, and we accepted all principal components with eigenvalues >1.0 as significant. We used SigmaPlot 14 for nonlinear regression analyses, ANOVA for differences between means of normally distributed values, and the Kruskal–Wallis one-way analysis of variance on ranks for differences between non-normally distributed values.

If immune cell cluster/epithelial cell networks analogous to the networks we described develop in human lacrimal glands, the ability to detect their molecular signatures would have important implications for the diagnosis of incipient Sjögren’s foci and for the design and implementation of therapies to prevent progression to clinically significant pathology.

The authors are indebted to Joel E. Schechter, Keck School of Medicine of the University of Southern California for sharing critical insights during the course of this work. 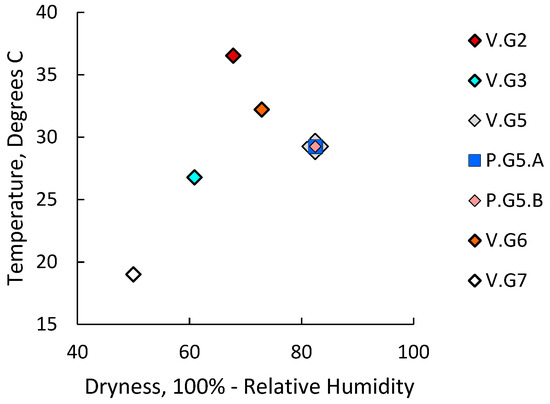 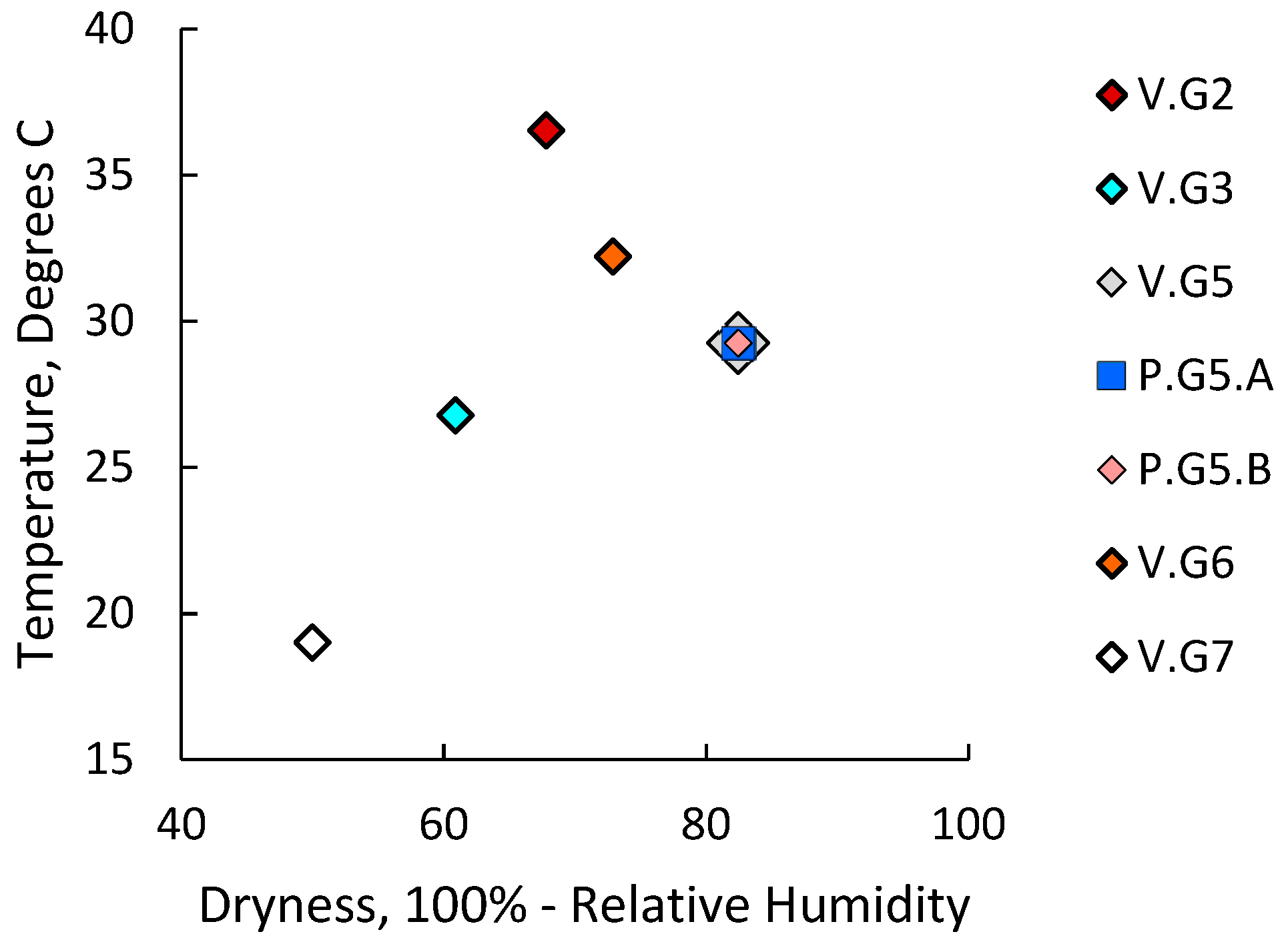 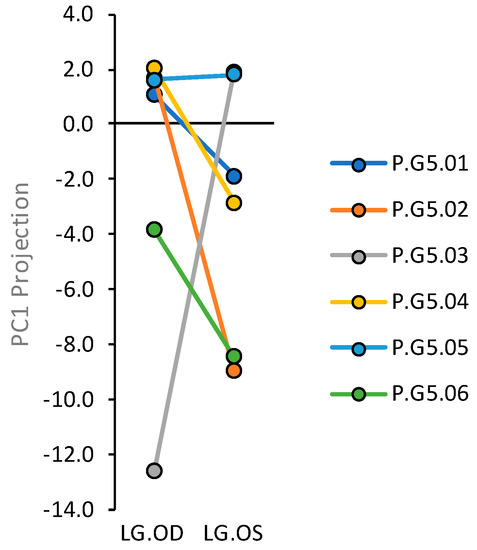 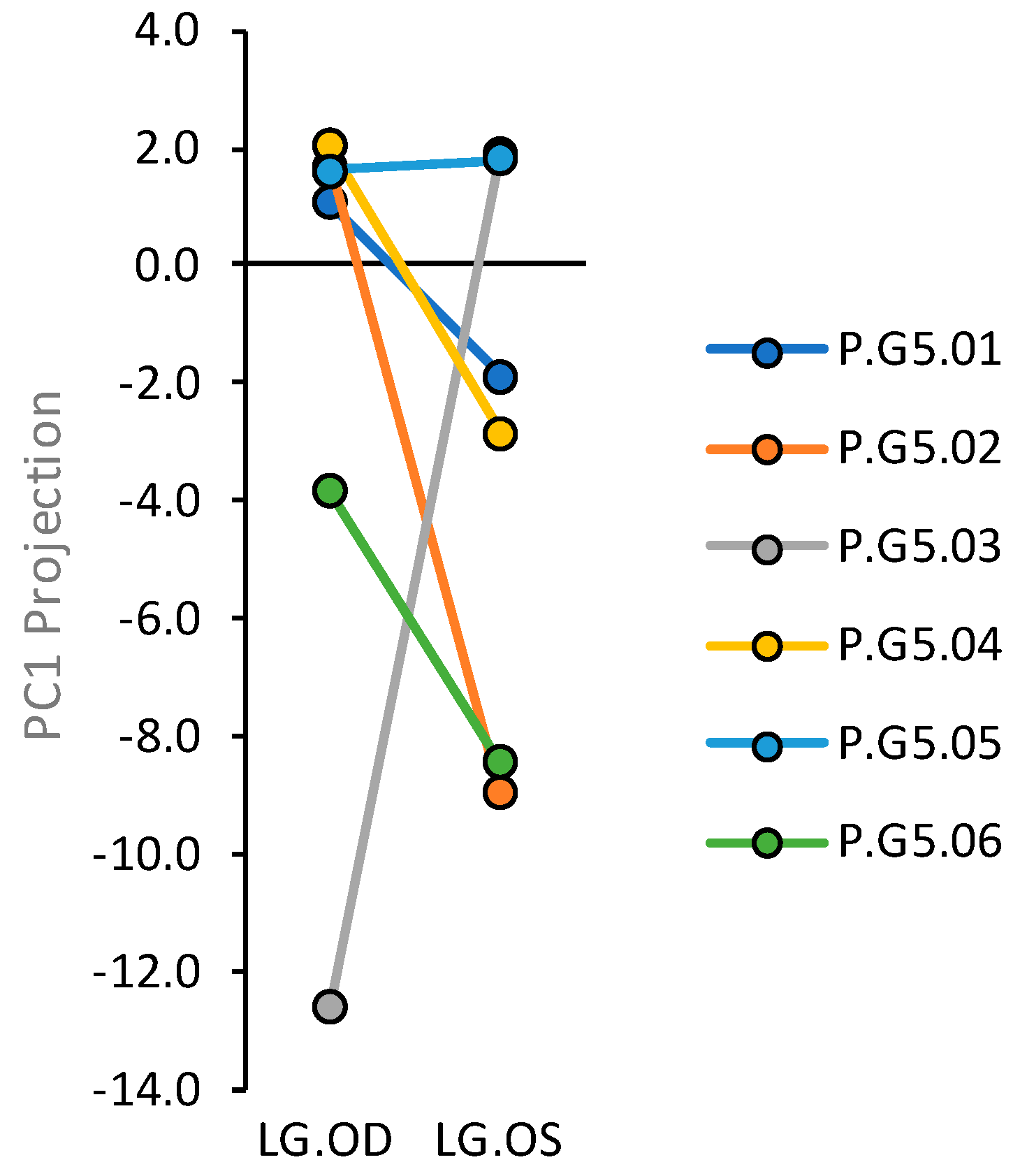 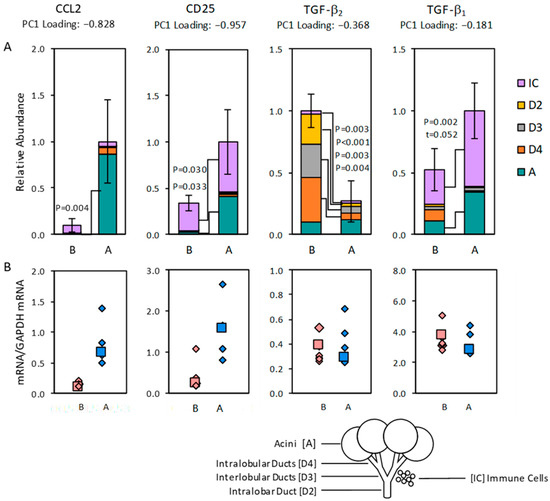 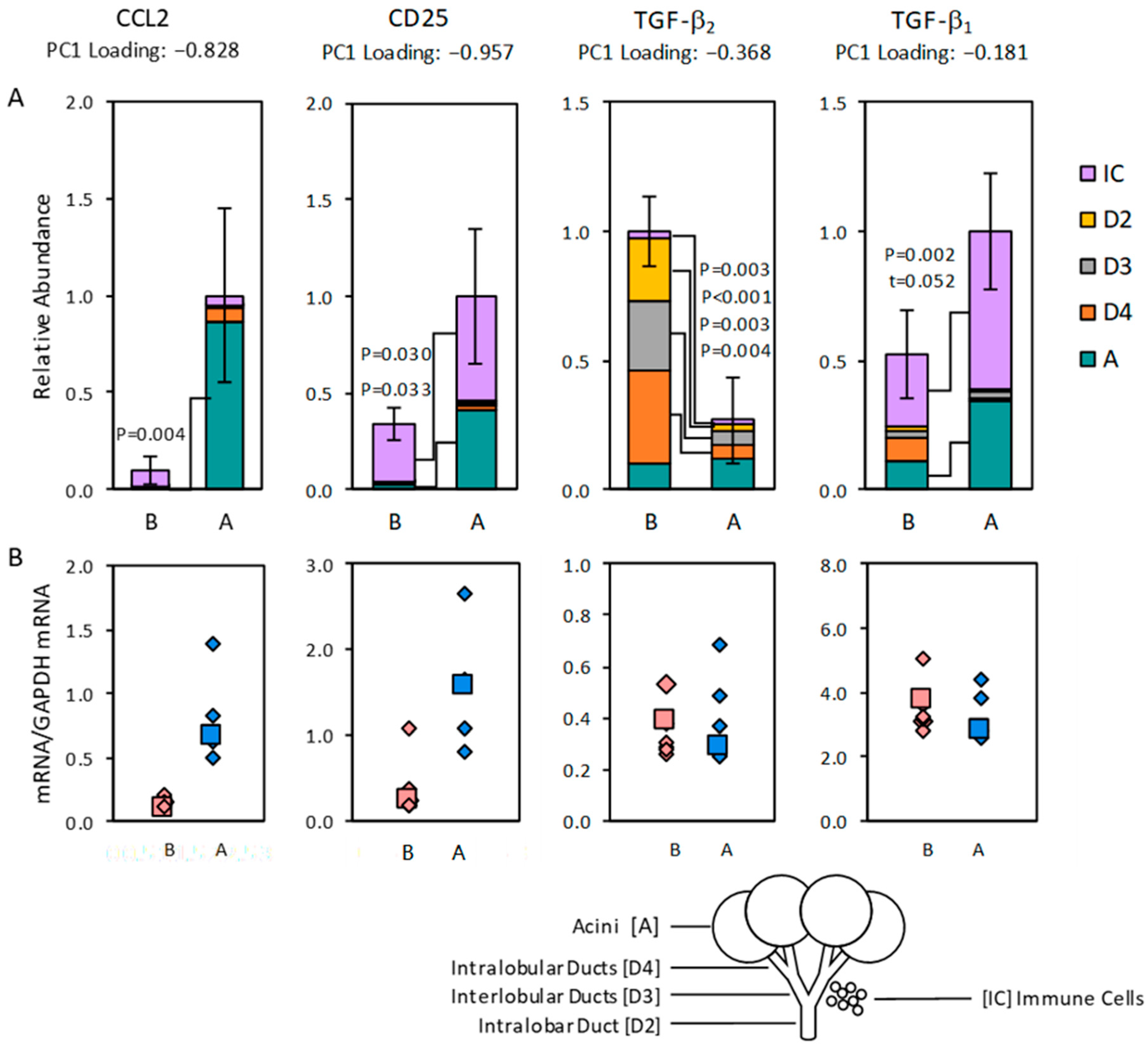 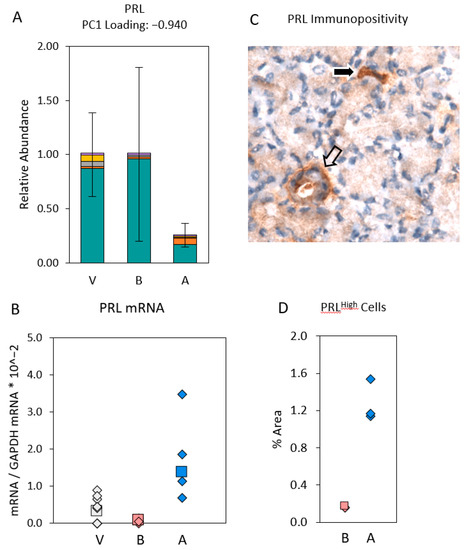 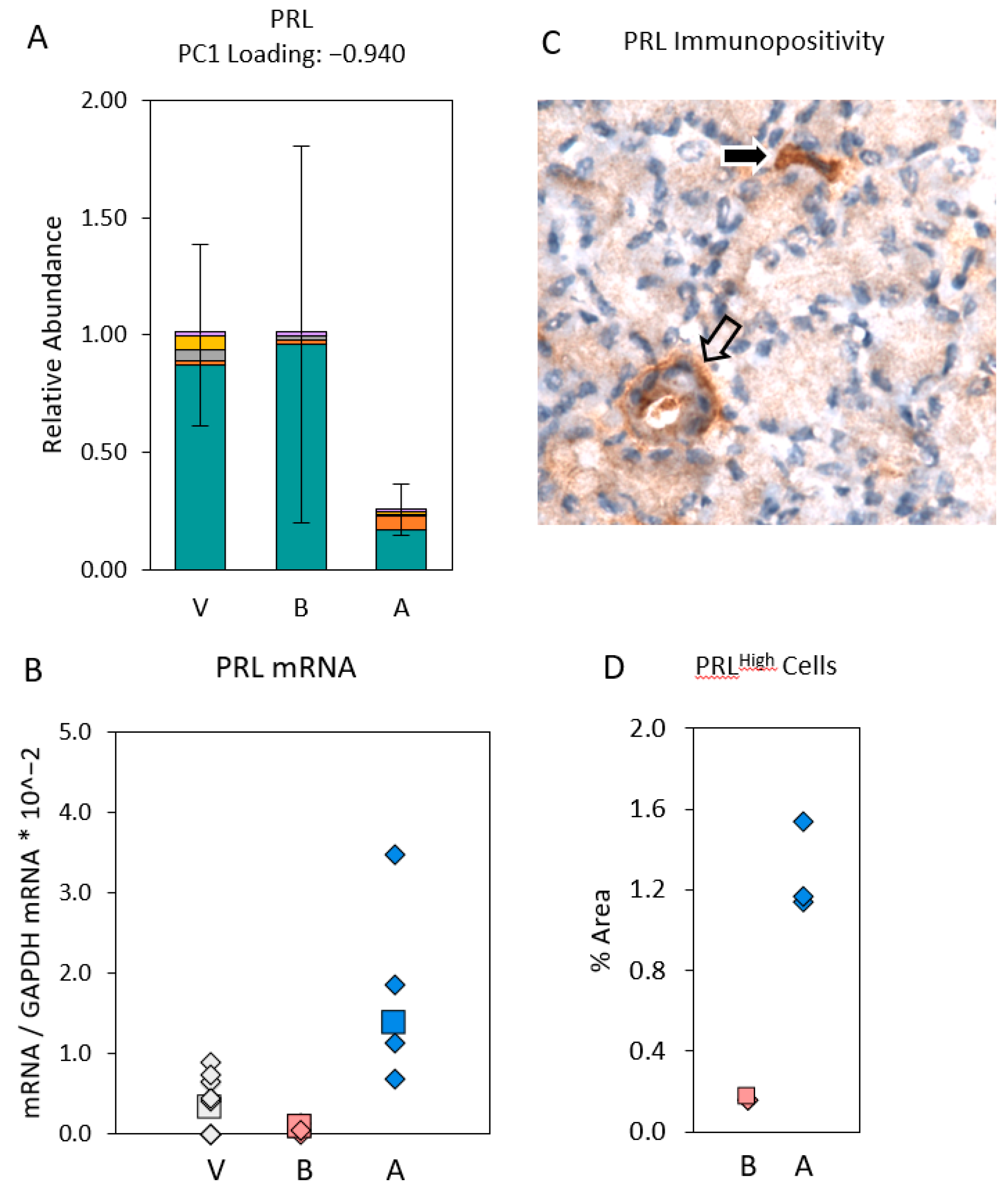