Aptamers Against the β-Conglutin Allergen: Insights into the Behavior of the Shortest Multimeric(Intra)Molecular DNA G-Quadruplex
Next Article in Special Issue

Astroglial Connexin43 as a Potential Target for a Mood Stabiliser

Lithium has been the most important mood stabilizer used for the treatment of bipolar disorder and prophylaxis of manic and depressive episodes. Despite long use in clinical practice, the exact molecular mechanisms of lithium are still not well identified. Previous experimental studies produced inconsistent results due to different duration of lithium treatment and using animals without manic-like or depressive-like symptoms. Therefore, we aimed to analyze the gene expression profile in three brain regions (amygdala, frontal cortex and hippocampus) in the rat model of mania and depression during chronic lithium administration (2 and 4 weeks). Behavioral changes were verified by the forced swim test, open field test and elevated maze test. After the experiment, nucleic acid was extracted from the frontal cortex, hippocampus and amygdala. Gene expression profile was done using SurePrint G3 Rat Gene Expression whole transcriptome microarrays. Data were analyzed using Gene Spring 14.9 software. We found that chronic lithium treatment significantly influenced gene expression profile in both mania and depression models. In manic rats, chronic lithium treatment significantly influenced the expression of the genes enriched in olfactory and taste transduction pathway and long non-coding RNAs in all three brain regions. We report here for the first time that genes regulating olfactory and taste receptor pathways and long non-coding RNAs may be targeted by chronic lithium treatment in the animal model of mania.
Keywords: manic-like behavior; depressive-like behavior; lithium; animal model; transcriptome; brain manic-like behavior; depressive-like behavior; lithium; animal model; transcriptome; brain

Bipolar disorder (BD) is a severe, recurrent psychiatric condition characterized by episodes of mania or hypomania and depression. Mania presents with hyperactivity, disinhibited behavior and inflated self-esteem. On the other hand, during depression patients demonstrate anhedonia and loss of motivation and interest in usual activities [1].
Pharmacological treatment of BD includes mostly the use of mood stabilizers. The first drug fulfilling criteria for the mood stabilizer such as preventing manic and depressive episodes was lithium. Its antimanic actions in the acute episode were first discovered by Cade et al. in animal model studies [2]. Its antidepressant potential was reported in the 1970s [3,4] and later it was recommended as an augmentation of antidepressants in the treatment-resistant depression and an effective long-term prophylaxis of recurrences in mood disorders (as recently reviewed by Rybakowski [5]).
Although lithium has been for decades in clinical use, the molecular mechanism of action and normotymic potential of lithium are still not well identified. Moreover, absence of suitable animal model of bipolar disorder impedes studies on lithium action. Previous studies focused on identifying target genes and molecular pathways of lithium indicated its role in reducing inositol signaling [6], phosphorylation of AKT [7] and inhibition of GSK-3β (glycogen synthase kinase 3) signaling [6,8]. The latter two may lead to the changes in the activation of WNT pathway. These findings were possible to discover using pharmacological and pharmacogenetic studies, which showed involvement of lithium in multiple cellular signaling pathways as reviewed previously [9,10].
Animal studies of the brain transcriptome during lithium administration showed that inconsistent results are mainly due to the different duration of lithium administration (1 week, two weeks and 6 weeks), analysis of the whole brain tissue (whole brain homogenates) and the use of different animals (rat or mouse) [11,12]. Moreover, these studies used animals treated with lithium, but without manic-like or depressive-like symptoms, so it is still not known if therapeutic action of lithium in manic and depressive behavior induces changes in the gene expression of similar or different pathways depending on the baseline condition and the brain region.
Therefore, we hypothesized that chronic lithium treatment exerts its therapeutic effect by inducing changes in the brain transcriptome specific for mania and depression. The aim of this study was to investigate if chronic lithium administration in rats presenting manic-like behavior (induced by amphetamine) or depressive like behavior (induced by chronic mild stress) influences specific gene expression profiles in different brain regions (amygdala, frontal cortex and hippocampus).

2.1. Behavioral Changes in Amphetamine-Exposed and Stress-Exposed Animals (Models of Mania and Depression)

2.2. Brain Transcriptome Changes in the Model of Mania and Depression

2.3.3. Molecular Pathways in the Brain during Chronic Lithium Treatment

When we combined together gene sets differentially expressed in rats with depressive-like behavior receiving lithium for two and four weeks, we observed only a few shared genes between these two time points either in the amygdala or frontal cortex and hippocampus as compared to the control rats (Figure 4). These genes were not enriched in any GO terms and pathways.
In rats with manic-like behavior, we observed that chronic lithium treatment (2 and 4 weeks) significantly influenced the expression of the genes from the olfactory and taste transduction pathway (mainly different olfactory and taste receptors) and long non-coding RNAs in all three brain regions in rats receiving lithium as compared to water-receiving animals (Figure 5). Gene-set enrichment analysis showed that the shared genes between 2 and 4 weeks showed different gene expression profile: those upregulated after 2-week lithium treatment were downregulated after 4 weeks in the amygdala and frontal cortex. In the hippocampus, a 4-week lithium treatment upregulated all the genes.

We also compared the gene expression profile before and after chronic lithium administration (2 and 4 weeks) in lithium responders. These rats showed changes in behavioral tests (open field test and elevated maze test) corresponding to reduced manic or depressive symptoms, e.g., reduced number of visits and time spent in open arms in manic rats after lithium and increased exploration time and number of line crossing in depressive rats after lithium (Figure 6).
Gene expression analysis in rats responding to lithium showed that in after chronic lithium administration gene expression was mainly upregulated in the amygdala and frontal cortex, but downregulated in the hippocampus in manic rats responding to lithium as compared to rats before lithium treatment. Interestingly, depressive rats responding to lithium showed the opposite trend, with mostly downregulated gene expression in the amygdala and frontal cortex, but upregulated in the hippocampus as compared to depressive rats before lithium. These genes were significantly enriched in GO terms related i.a. to olfactory receptor pathway, sensory perception of smell, G-protein coupled receptor and detection of stimulus (Table 7 and Table 8).

All experimental procedures were performed in agreement with 3R rule and the study was approved by local ethical committee Poznan University of Life Sciences, Poland (agreement no. 22/2017, 23 June 2017). We used male Wistar rats with the baseline weight of 180 ± 10 g. The rats were housed five animals per cage with food and water available ad libitum and were maintained in a 12 h light/dark cycle (lights on at 7:00 a.m.) at a temperature of 22 ± 1 °C. All experiments were performed at the same time each day to avoid circadian variations. The animals were kept for one week of acclimatization and then were randomly divided into experimental groups with 5 animals in each group (amphetamine-exposed and control group, chronic mild stress-exposed and non-stressed rats; amphetamine-exposed rats receiving lithium or water and stress-exposed rats receiving lithium or water). After the acclimatization period, animals underwent baseline behavioral tests. The experimental design was shown in Figure 7.

Animal model of depression was developed by the chronic mild stress protocol (CMS) as described previously [48]. To induce depressive behavior the animals were exposed for 4 weeks to different stress stimuli according to the CMS protocol described by Papp [49]. The control group were rats kept in standard conditions for 4 weeks that were not exposed to CMS. After two weeks of the start of the experiment, behavior of all animals was assessed (Figure 7).

The animals for the lithium study, after one week of amphetamine injections or two weeks of the chronic mild stress protocol and behavioral assessment, were randomly divided into lithium treated amphetamine-exposed group (n = 15) and amphetamine-exposed control group (rats receiving water, n = 15) and lithium-treated stress-exposed group (n = 15) and a stress-exposed control group (rats receiving water, n = 15). The animals were receiving the daily lithium solution in the dose of 1 mg/kg body mass or the same amount of water into the mouth with a syringe [50]. To minimize the side effects of lithium on kidney function, a saline bottle was provided in all lithium and control cages, as previously reported [51]. To assess the short term and long term lithium effects on brain transcriptome, the animals (n = 15 at each time in each group) were sacrificed by decapitation without euthanasia at two time points of chronic lithium administration, 14 and 30 days (long-term effect) after the first dose. The each control group (for stress-exposed and amphetamine-exposed rats) consisted of animals receiving water (Figure 7).

Behavioral data were analyzed using a t-test for paired samples after checking normality of data distribution using the Shapiro–Wilk test. A cut-off value p < 0.05 was regarded as significant. Data were shown as mean ± SEM in figures and text if not otherwise stated. For behavioral measurements and gene expression data, 5 animals per experimental group were sufficient to achieve power of 80% (as calculated by the G-power calculator available at https://stats.idre.ucla.edu/other/gpower). To conform to the 3R’s rule, we included the minimal required number of animals (n = 5) in the study.
Bioinformatic analysis of gene expression data was analyzed with the use of Gene Spring 14.9 software (Agilent Technologies, Santa Clara, CA, USA). To identify differentially expressed genes, moderated t-statistics from the empirical Bayes method on normalized fluorescence signal was used for the fold of change (FC) calculation. FC was calculated in relation to the adequate control group. The list of significantly differentially expressed transcripts (p < 0.05 and FC > 2.0) was generated using statistical filtering (moderated t-test with multiple test correction FDR). Then, separate lists of up- and downregulated genes were used for functional analysis to identify Gene Ontology (GO) terms and pathways significantly enriched by the set of differentially expressed genes, either upregulated or downregulated (p < 0.05). Gene Ontology and pathway analyses were done in Gene Spring.
To identify the genes and pathways shared during lithium administration, we used Venn diagrams using a tool freely available at: http://bioinformatics.psb.ugent.be/webtools/Venn. For shared genes, we used G:Profiler tool (available at: https://biit.cs.ut.ee/gprofiler/gost) to perform functional enrichment analysis (gene set enrichment analysis) including GO and pathways from KEGG Reactome and Wiki Pathways [57]. Heat maps were drawn using the Heatmapper tool available at: http://www.heatmapper.ca.

We reported here for the first time that genes regulating olfactory and taste receptor pathways and long non-coding RNAs, that were implicated in BD pathogenesis, might be targeted by chronic lithium treatment in animals presenting manic-like behavior. Further functional studies of these pathways are warranted to elucidate the exact therapeutic molecular mechanism of lithium.

The study was approved by local ethical committee at Poznan University of Life Sciences, Poland (agreement no. 22/2017, 23 June 2017).

The detailed data used to support the findings of this study are available from the corresponding author upon written request.

We would like to thank the staff of the Department of Medical Genetics, Poznan University of Medical Sciences for access to the laboratory equipment for microarrays experiments.

The authors declare no conflict of interest. The funding body had no role in the design of the study; in the collection, analyses, or interpretation of data; in the writing of the manuscript, or in the decision to publish the results. 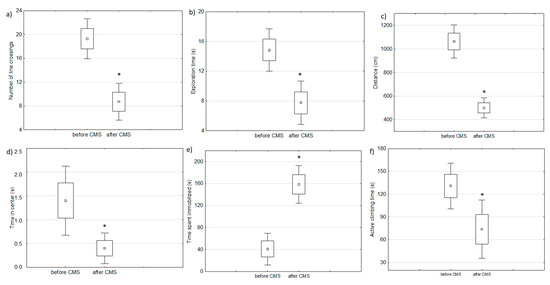 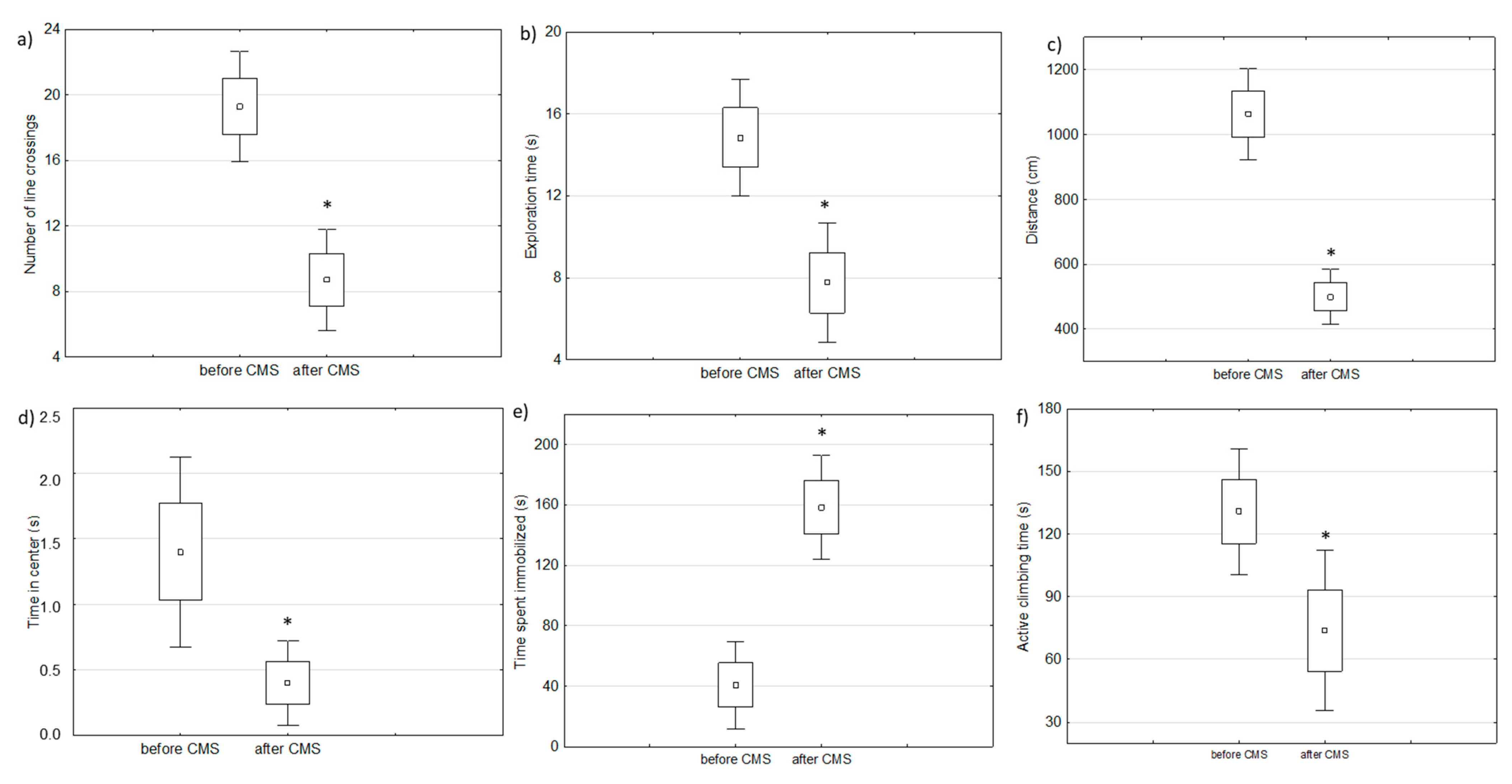 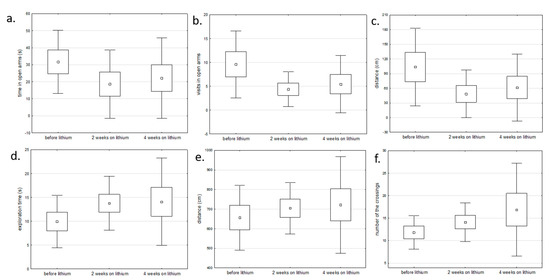 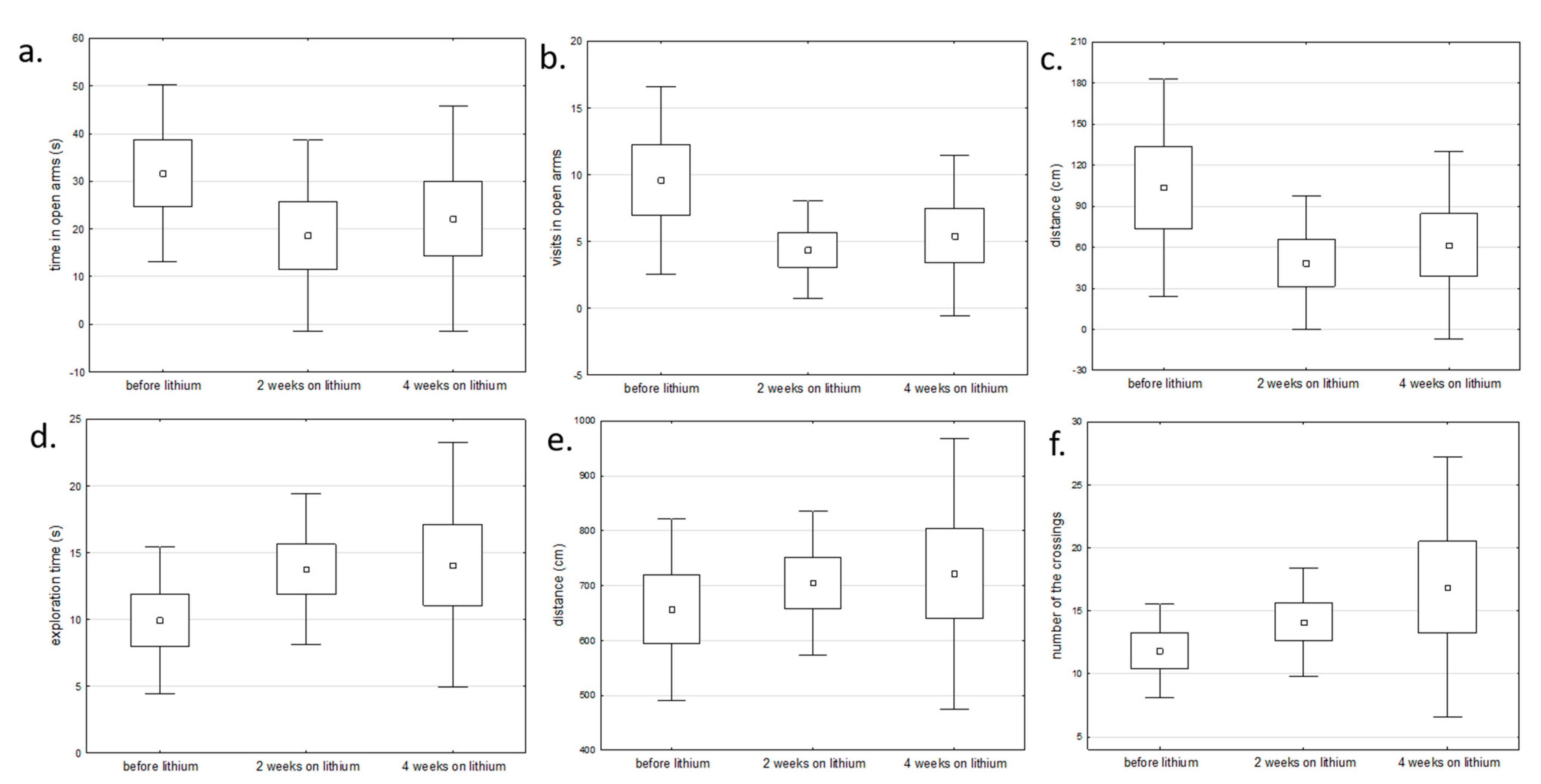