Cells sustain constant oxidative stress from both exogenous and endogenous sources. When unmitigated by antioxidant defenses, reactive oxygen species damage cellular macromolecules, including DNA. Oxidative lesions in both nuclear and mitochondrial DNA are repaired via the base excision repair (BER) pathway, initiated by DNA glycosylases. We have previously demonstrated that the BER glycosylase 8-oxoguanine DNA glycosylase (OGG1) plays a novel role in body weight maintenance and regulation of adiposity. Specifically, mice lacking OGG1 (Ogg1−/−) are prone to increased fat accumulation with age and consumption of hypercaloric diets. Conversely, transgenic animals with mitochondrially-targeted overexpression of OGG1 (Ogg1Tg) are resistant to age- and diet-induced obesity. Given these phenotypes of altered adiposity in the context of OGG1 genotype, we sought to determine if OGG1 plays a cell-intrinsic role in adipocyte maturation and lipid accumulation. Here, we report that preadipocytes from Ogg1−/− mice differentiate more efficiently and accumulate more lipids than those from wild-type animals. Conversely, OGG1 overexpression significantly blunts adipogenic differentiation and lipid accretion in both pre-adipocytes from Ogg1Tg mice, as well as in 3T3-L1 cells with adenovirus-mediated OGG1 overexpression. Mechanistically, changes in adipogenesis are accompanied by significant alterations in cellular PARylation, corresponding with OGG1 genotype. Specifically, deletion of OGG1 reduces protein PARylation, concomitant with increased adipogenic differentiation, while OGG1 overexpression significantly increases PARylation and blunts adipogenesis. Collectively, these data indicate a novel role for OGG1 in modulating adipocyte differentiation and lipid accretion. These findings have important implications to our knowledge of the fundamental process of adipocyte differentiation, as well as to our understanding of lipid-related diseases such as obesity. View Full-Text
Keywords: adipocyte differentiation; DNA repair; base excision repair; lipid accretion; obesity adipocyte differentiation; DNA repair; base excision repair; lipid accretion; obesity
►▼ Show Figures 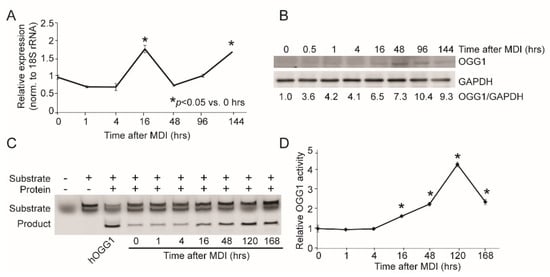 Harini Sampath
Dr. Sampath is a faculty member within the Department of Nutritional Sciences and a member of the New Jersey Institute for Food, Nutrition, and Health. The overarching goal of her research program is to delineate the cellular alterations that occur during the development of metabolic diseases, in order to identify pathways that can be targeted for nutritional and pharmaceutical therapies to preserve and improve health outcomes.
Zoom | Orient | As Lines | As Sticks | As Cartoon | As Surface | Previous Scene | Next Scene
We use cookies on our website to ensure you get the best experience. Read more about our cookies here.
Accept
We have just recently launched a new version of our website. Help us to further improve by taking part in this short 5 minute survey here. here.
Never show this again