Biological Applications of Thiocarbohydrazones and Their Metal Complexes: A Perspective Review
Next Article in Special Issue

Angelica gigas Nakai (AGN) is a popular traditional herbal medicine which has been used to alleviate various human diseases in Korea since ancient times. However, the low bioaccessibility of the nutraceutical compounds of AGN results in a poor water solubility, thereby limiting bioavailability. In this regard, a ternary AGN–biopolymer–plasticizer composite (AGNC) was developed to enhance the bioaccessibility of nutraceutical compounds from extrudate AGN formulations manufactured by hot melt extrusion (HME). The AGNC was prepared with extrudate AGN (EAGN) using different hydroxypropyl methylcellulose (HPMC) biopolymers (5% w/w) viz.: hypromellose phthalate (HP), hypromellose (AN), and hypromellose (CN) along with acetic acid (AA) (0.1 M, 20% w/v) as a plasticizer. The non-extrudate fresh AGN (FAGN) powder was used as a control. The physicochemical properties of the extrudate formulations and control were characterized by differential scanning calorimetry (DSC) and Fourier-transform infrared spectroscopy (FTIR). DSC analysis showed a lower enthalpy (ΔH) (12.22 J/g) and lower glass transition temperature (Tg) (41 °C) in HP-AA-EAGN compared to the control. FTIR confirmed the physical crosslinking between AGN and biopolymer in the extrudate composite and demonstrated that some functional groups formed viz., -OH and -CH2. The obtained result also shows that the particle size was reduced by 341 nm, and solubility was increased by 65.5% in HP-AA-EAGN compared to the control (1499 nm, 29.4%, respectively). The bioaccessibility of the total phenolic content and the total flavonoids—including decursin (D) and decursinol angelate (DA)—were significantly higher in HP-AA-EAGN compared to the control. The 2,2-diphenyl-1 picryl hydrazyl (DPPH) free radical scavenging capacity and ferric reducing antioxidant power assay (FRAP) indicated that the HP-AA-EAGN formulation preserves a greater antioxidant profile than the other formulations. Finally, it is summarized that the addition of acidified HP biopolymer increased the bioaccessibility, functionality, and improved the physicochemical properties of nutraceutical compounds in the extrudate AGN formulation. View Full-Text
Keywords: Angelica gigas nakai; biopolymer; hot melt extrusion; nanocomposite; phenolic compound; antioxidant capacity; solubility; bioaccessibility Angelica gigas nakai; biopolymer; hot melt extrusion; nanocomposite; phenolic compound; antioxidant capacity; solubility; bioaccessibility
►▼ Show Figures 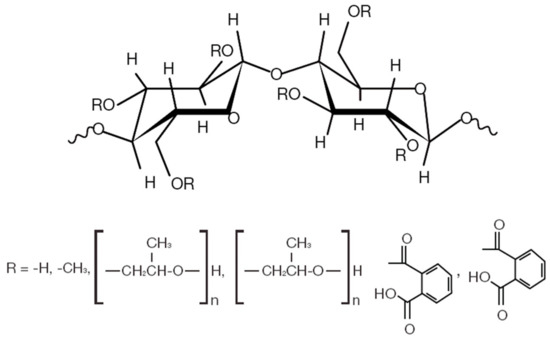