Evaluation of Patients with Syncope in the Emergency Department: How to Adjust Pharmacological Therapy
Previous Article in Journal

The Challenges of Children with Bipolar Disorder

Troponin is currently considered the gold-standard biomarker for diagnosing and evaluating the extent of cardiac injury in acute myocardial infarction (AMI) patients [1,2,3,4,5,6,7]. Acutely after AMI, the systemic endocrine response adapts heart and global physiologic functions [8,9,10] and later directs cardiac remodeling [11,12]. Integrative physiologic analysis taking into account indicators of local myocardial injury and systemic response may offer more precise clinical evaluation.
Among numerous hormones, serum cortisol has been greatly investigated in AMI population [9,13,14,15,16]. Previous studies have shown that neuroendocrinal systems get activated at the early stage of AMI, sustaining homeostasis in the cardiovascular system. However, extended release of the cortisol hormone may lead to a detrimental effect [8,13]. Reports have been inconsistent, with different serum cortisol values being associated with contrasting outcomes [17,18]. Previous publications revealed that serum cortisol is dissociated from its anticipated tissue-level activity in patients diagnosed with critical illness [19,20]. A downstream approximation of cortisol activity may resolve the inconsistencies observed from the measurement of serum cortisol. The theory of Endobiogeny is an integrative physiologic approach to medicine [9,12]. On the grounds of this theory, researchers claim to have developed a method to evaluate cortisol activity by using elements of complete blood count with its differential (CBCD) [9,21]. This study aims to compare the prognostic value of the cortisol index of Endobiogeny with serum cortisol in patients diagnosed with AMI. Moreover, we seek to develop a more precise mortality prediction model by using both the cortisol index and troponin I levels in AMI patients.

This prospective study included 123 consecutive patients diagnosed with AMI admitted to the intensive care unit of the Hospital of Lithuanian University of Health Sciences from March 2018 to May 2020. Diagnostic coronary angiography and revascularization was performed for all patients.
Acute myocardial infarction (AMI) was defined by the presence of symptoms consistent with cardiac ischemia and troponin I levels above the 99th percentile. Acute ST-elevation myocardial infarction (STEMI) was defined by the presence of criteria for MI plus one of the following: persistent ST segment elevation of >1 mm in two contiguous electrocardiographic leads or the presence of a new or a presumably new left bundle branch block. Non-ST-segment elevation myocardial infarction (NSTEMI) was defined by the presence of criteria for MI without ST elevation in the electrocardiogram.
Patients with the following before admission were excluded: previous history of acute coronary syndrome, prior revascularization, current utilization of systemic and inhalatory glucocorticoids, hypo- or hyperthyroidism, or any intervention (mechanical ventilation, central venous line, interventional angiography).
Written informed consent was obtained from all patients before the inclusion. The study protocol conforms to the ethical guidelines of the 1975 Declaration of Helsinki as reflected in prior approval by the Regional Biomedical Research Ethics Committee of the Lithuanian University of Health Sciences (ID No. BE-2-4, 29 March 2018).

After a 2-year period, all participants were contacted by phone to update information about their vital status and cardiovascular history.

The continuous variables were expressed as the median (interquartile range) or the mean and standard deviation (M (SD)). The categorical variables were described as a percentage (number). The Mann-Whitney test was used to compare the quantitative sizes of two independent samples. The correlations were computed by using Spearman’s or Pearson’s method. Kruskal-Wallis test was used to compare non-normally distributed variables. The method of the receiver Operating Characteristics (ROC) curve was used. The ROC curves were assessed for the predicting outcomes. Survival curves were established by the Kaplan-Meier estimation method. The relative risk of death was estimated by using the Cox regression statistical model. The results were considered statistically significant when the two-tailed p-value was <0.05.
All the statistical analyses were performed with SPSS 23.0 software (SDSPSS, Chicago, IL, USA).

3.2. Onset of Pain to Admission Time

3.3. Serum Cortisol on Admission and Cortisol Index Variation during and after AMI

3.4. Serum Cortisol and Cortisol Index on Admission Correlation with Some Inflammatory Markers

3.6. Serum Cortisol, Cortisol Index and Troponin I Results and Mortality

We performed a prospective single center study to evaluate two hypotheses. The first was that the cortisol index would more accurately predict 24-month mortality than the admission serum cortisol. The second hypothesis was that an integrated physiologic approach classifying patients by local myocardial injury and systemic endocrine response would more accurately stratify the risk of mortality. Our results confirmed both hypotheses thus suggesting that the cortisol index derived from the theory of Endobiogeny may be a helpful diagnostic and prognostic tool for patients post-AMI.
Our study is the first to evaluate the cortisol index after myocardial infarction. We found the peak cortisol index at 7–12 h after the onset of AMI pain. The time to peak serum cortisol in literature is inconsistent. In our study, serum cortisol peaked <3 h after the onset of AMI pain. De la Hoz et al. reported 8 h [22], while Vetter et al. reported 30–60 min from the onset of symptoms [14]. The peak serum cortisol is quantitative evaluation of the adrenal gland output; it lacks linear correlation with the cortisol function in critical illness [19,20,23]. The peak cortisol index evaluates the maximum tissue-level activity. Cortisol has strong affinity for cortisol and mineralocorticoid receptors (MR) [24]. When elevated, cortisol occupies MR in preference to aldosterone [25]. With insufficiency of the converting enzyme 11β-hydroxysteroid dehydrogenase (11βHSD), the effects of cortisol are amplified in injured tissues to a degree not anticipated by serum measurement [26]. Thus, we conjecture that the later time to peak cortisol index may reflect the net effects of the cortisol action on cortisol and mineralocorticoid receptors as well as the role of insufficient 11βHSD in the target organs. If this hypothesis is correct, a down-stream assessment of the cortisol activity, such as with the cortisol index, may be preferable to serum measurement.
The cortisol index was sensitive to acute and chronical physiologic evolution post-AMI. It was elevated on admission, lowered significantly at discharge, and further lowered at 6 months with the mean value being chronically elevated. Hedayat et al. produced similar findings when evaluating the cortisol index in patients with the heart failure of different etiologies and the New York Heart Association (NYHA) 2–3 functional classification [21]. Serum cortisol is not routinely measured post-AMI. As CBCD is routinely measured, the cortisol index can be calculated repeatedly and monitored in patients as a novel and inexpensive marker.
The onset of pain to admission time is the gold standard scale for estimating myocardial damage and patient outcomes [27,28,29,30]. In our study, admission serum cortisol moderately correlated with mortality based on this criterion. Other studies were once again inconsistent. The discrepancies may be due to the employed methodology. Many of these studies evaluate cortisol without considering the onset of pain to admission time [13,17,18,22]. The cortisol index also correlated with 24-month mortality. Future studies need to be performed with a larger sample size so that to determine if these results can be reproduced. As the cortisol index can be calculated post-hoc by using data from prior studies in which CBCD was measured on admission, a large-scale retrospective study can be easily conducted as well.
In this study, we established a cut-off value for the cortisol index of >100 in patients for the increased risk of mortality. While troponin levels have shown to be a useful tool for prognostic stratification of patients with MI, its main disadvantage is the prolonged period (3–9 hrs) till the peak troponin I release [31,32,33]. The cortisol index may be valuable at the discrimination of high versus low risk patients after AMI. The results of other studies demonstrate that other prognostic markers, such as troponin I and T, natriuretic brain peptides, cortisol, and even the genetic background, may be important if we wish to assess the risk of the fatal outcome [34]. However, our data demonstrates that the cortisol index if comparing to troponin I and cortisol is the most valuable predictor of mortality after AMI with high sensitivity and specificity. Our findings can aid cardiologists during daily practice to early (<3 h) stratification of the patients with AMI when using the cortisol index as a valuable prognostic marker.
With respect to the question of an integrative physiologic approach, we found that evaluating both the cortisol index and troponin I allowed for good risk stratification of mortality. Those with the worst responses (cortisol index > 100, troponin I > 1.56 μg/L) had the highest rate of 24-month mortality. Those with more favorable outcomes had lower risks of mortality, with no deaths reported in those with cortisol index < 100 and troponin I < 1.56 μg/L. Interestingly, we observed that if only cortisol or troponin were elevated, the risk of mortality was equivalent within 24 months, and intermediate compared to those with both indicators being high or low. This observation lends support to the value of the global systems approach to integrative physiology, in which, the sequelae of organ injury is contextualized to the systemic response to that injury as a determinant of survival and recovery.

The study sample was small given the low mortality rate.

This work was supported by the Systems Biology Research Group.

The study protocol conforms to the ethical guidelines of the 1975 Declaration of Helsinki as reflected in prior approval by the Regional Biomedical Research Ethics Committee of the Lithuanian University of Health Sciences (ID No. BE-2-4, 29 March 2018).

Written informed consent was obtained from all patients before the inclusion.

The datasets generated for this study are available on request to the corresponding author.

At the time in which this research project was formulated and conducted, J.C.L. and K.H. owned stock in JumpLion, a company that utilizes the cortisol index in commercial application. All other authors report no relationships that could be construed as a conflict of interest. 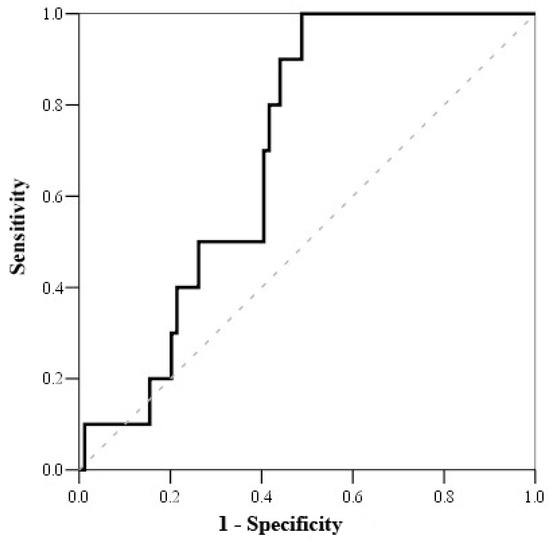 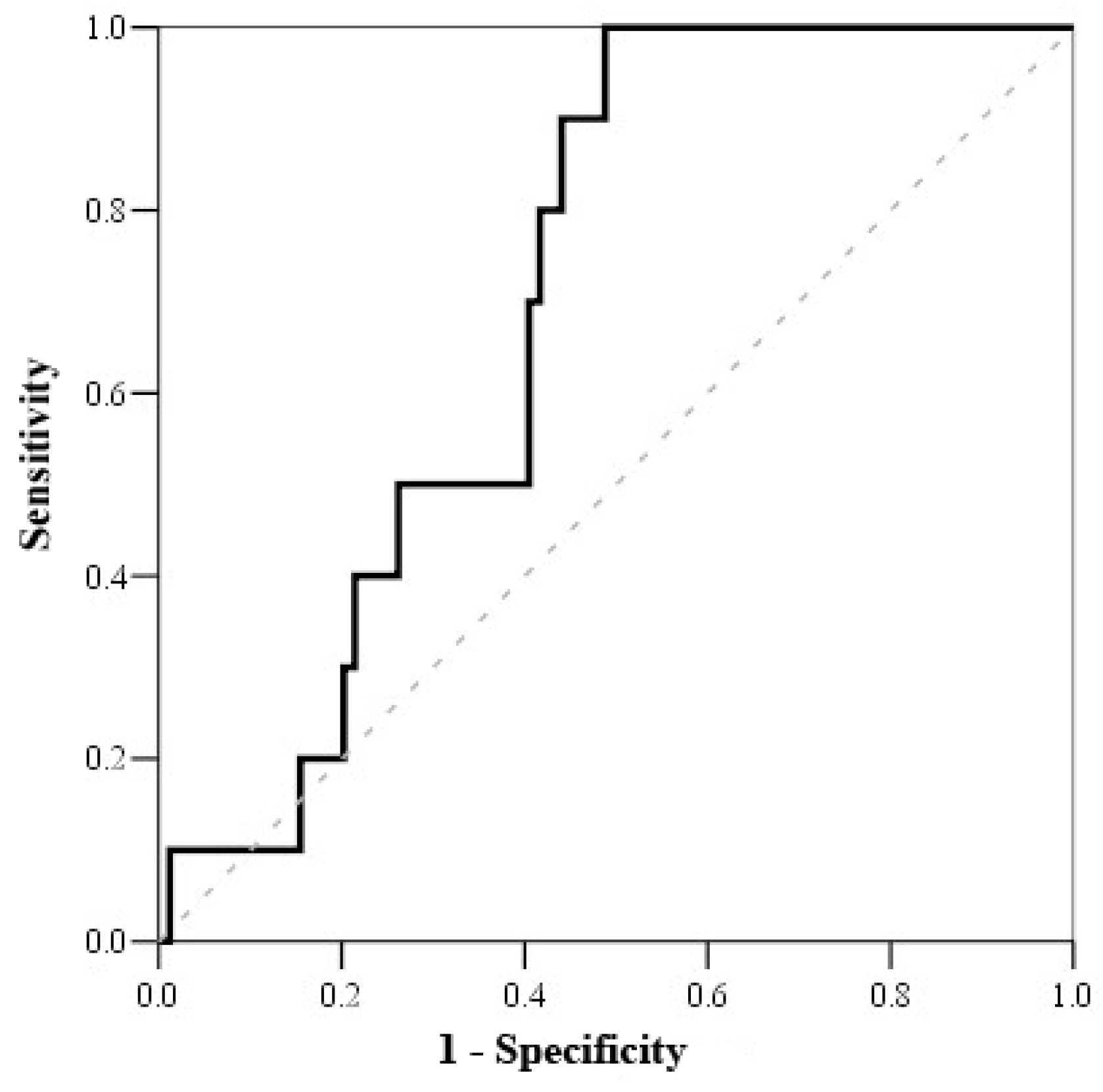 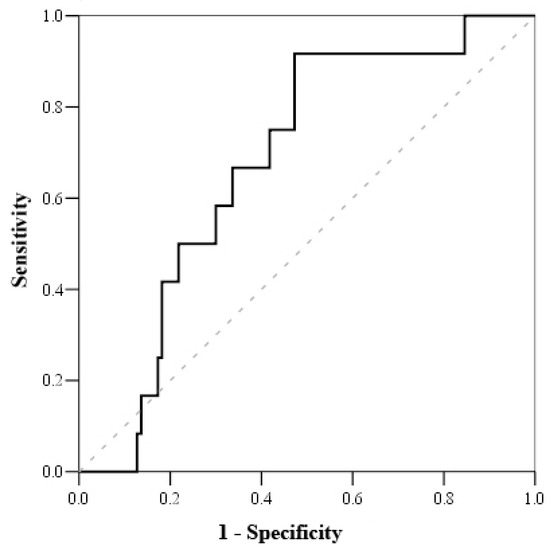 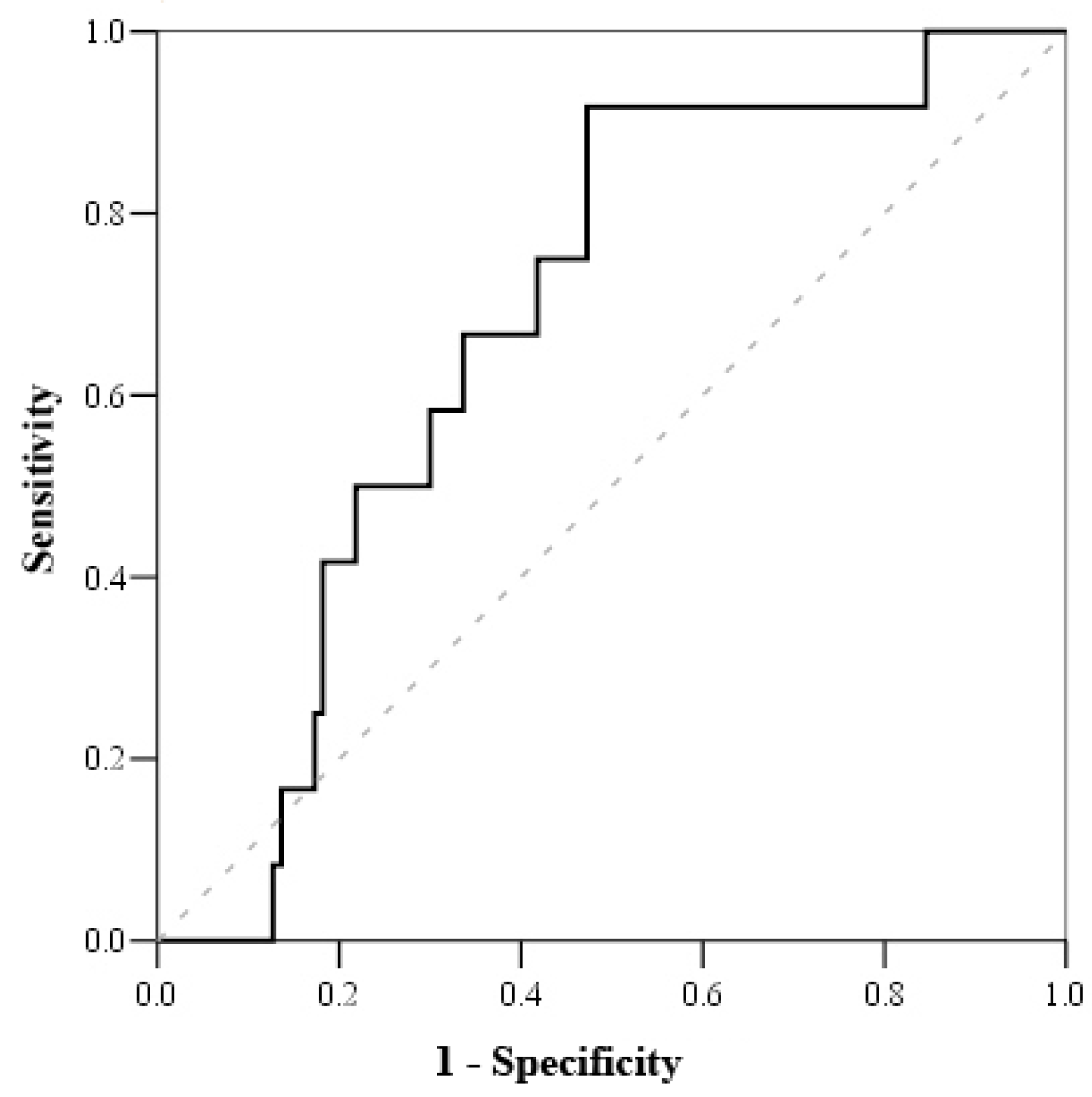 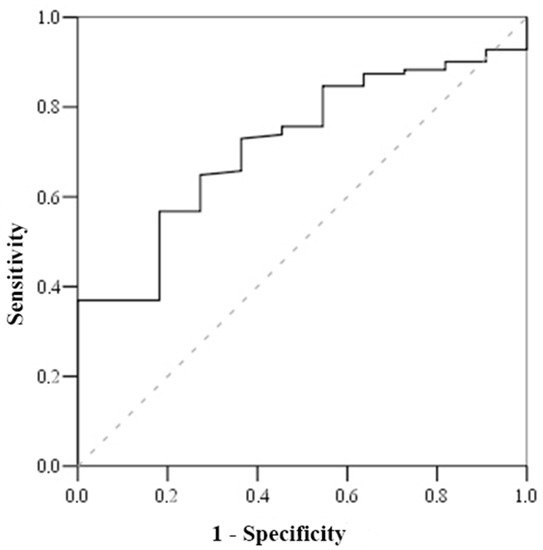 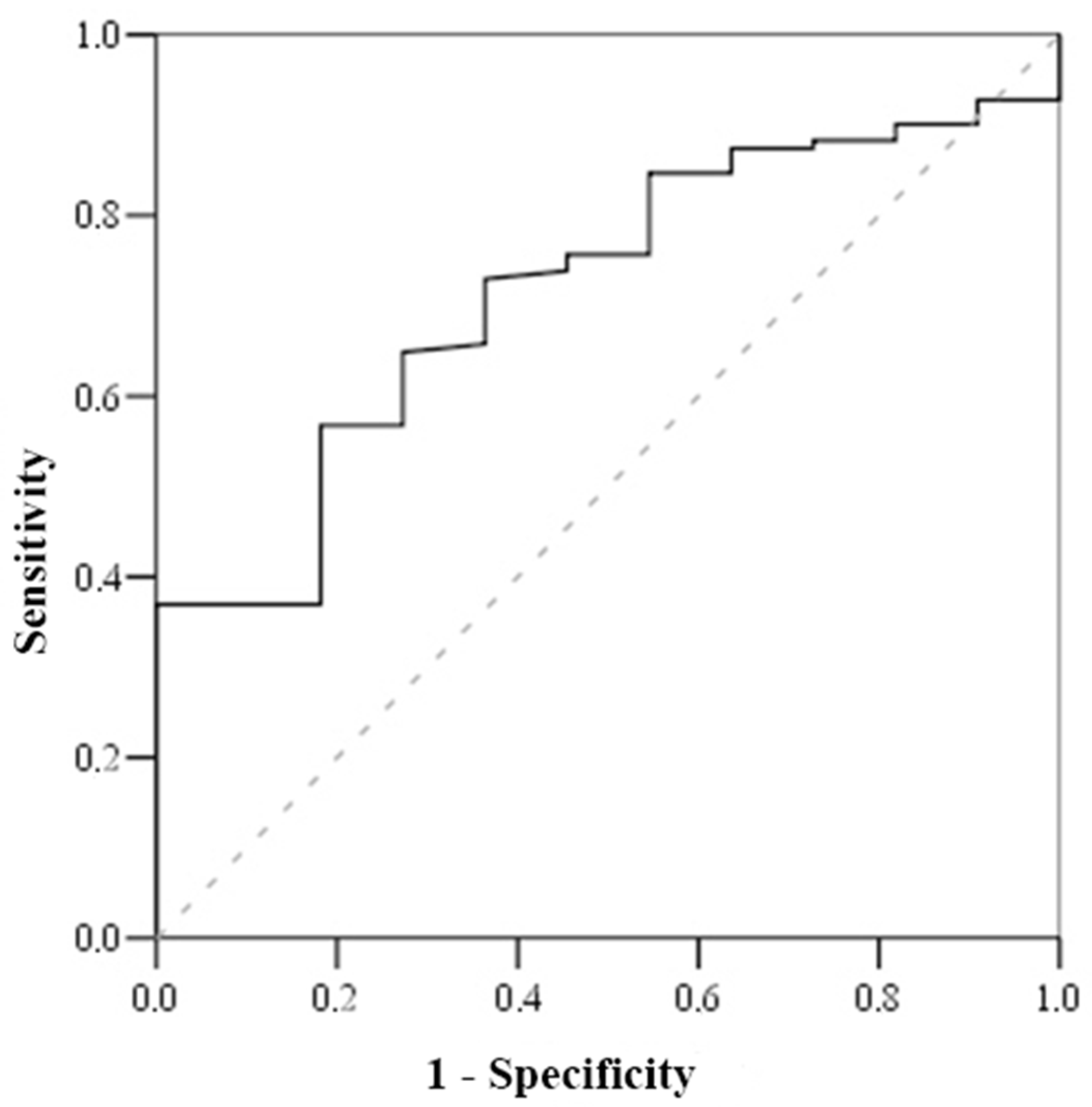 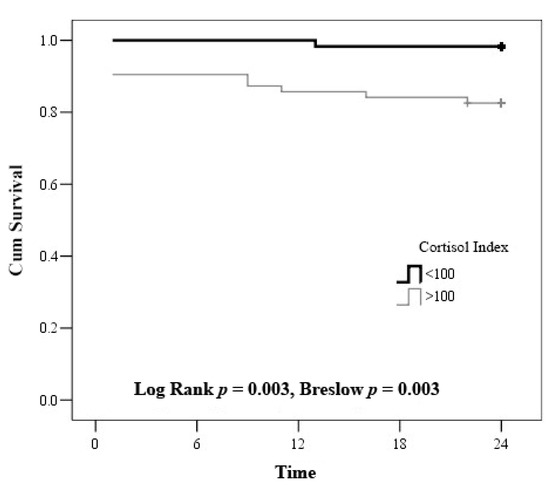 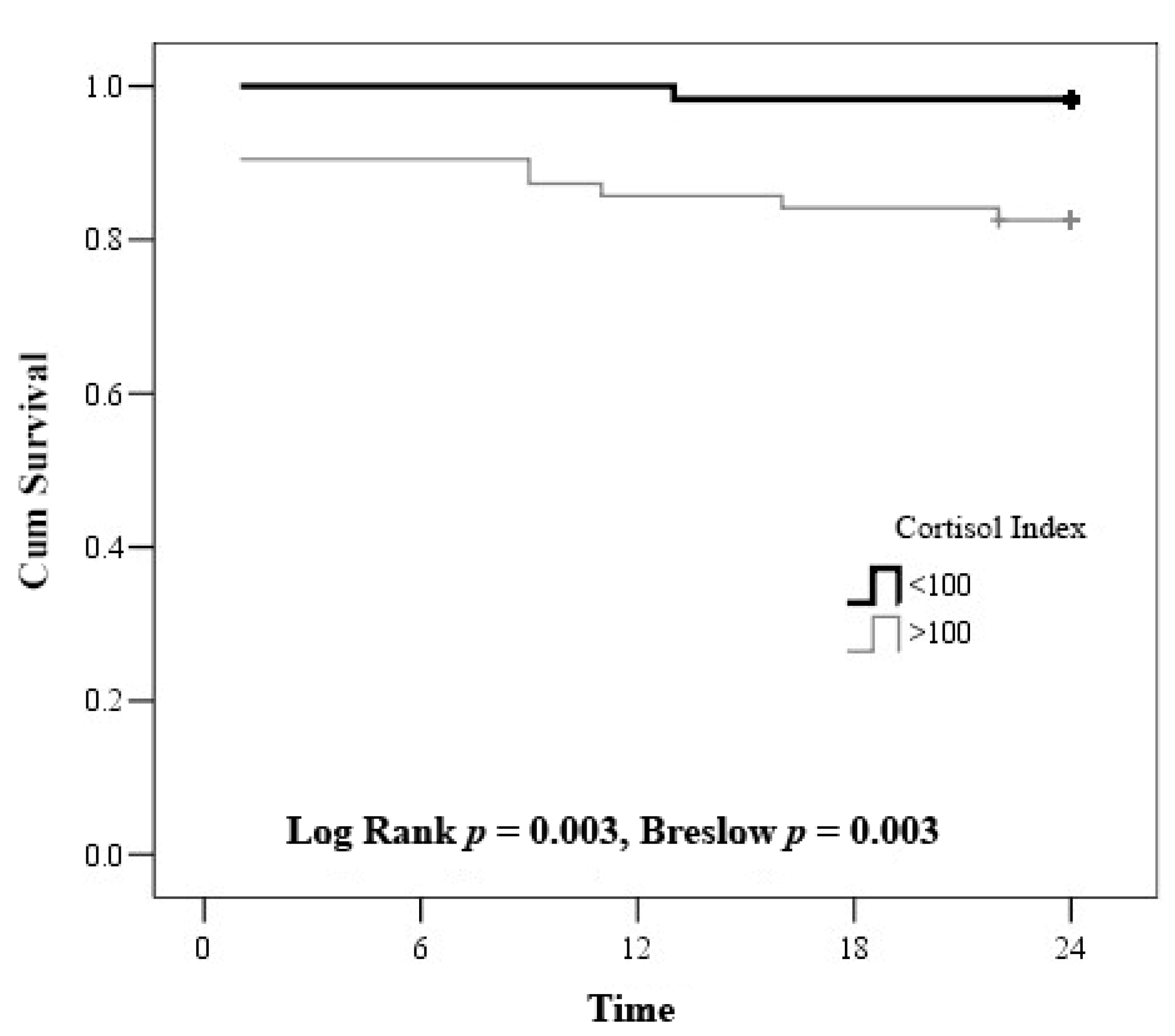 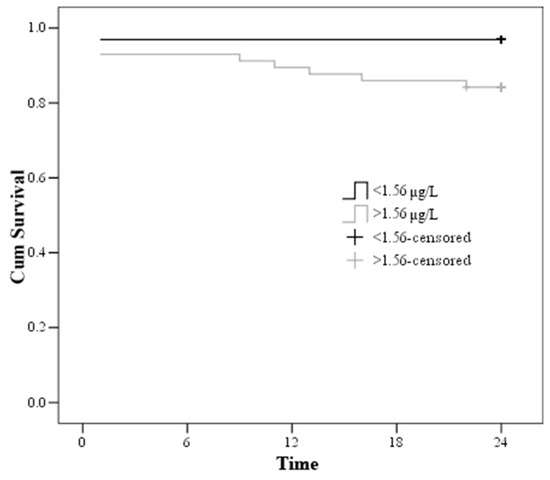 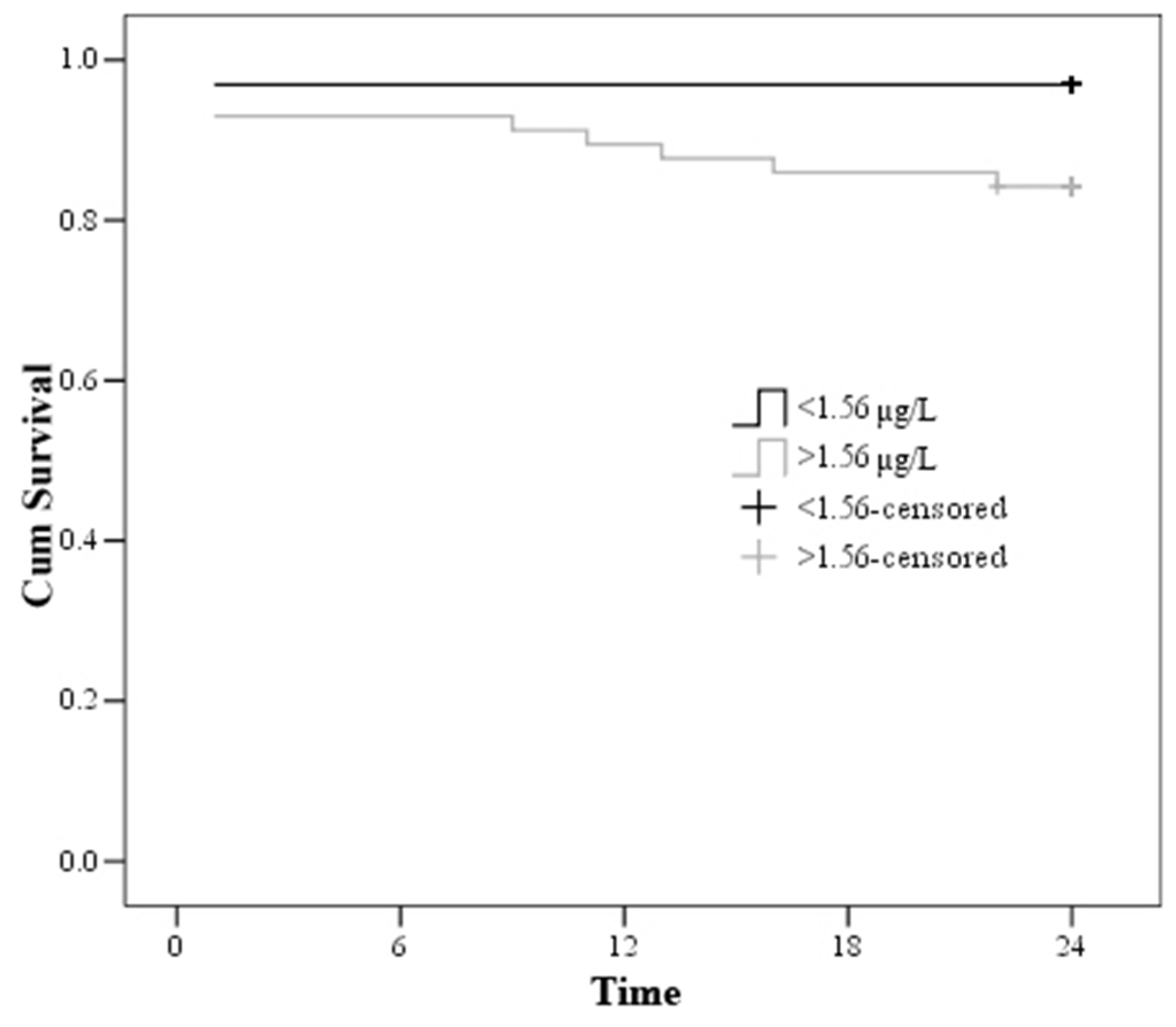