Dry eye disease (DED) is defined as a “multifactorial disease of the ocular surface characterized by a loss of homeostasis of the tear film” that is “accompanied by ocular symptoms in which tear film instability and hyperosmolarity, ocular surface inflammation and damage, and neurosensory abnormalities play etiological roles”, according to the International Dry Eye Workshop II [1]. Tear films are composed of mucin and aqueous and lipid layers. The mucin layer is derived from goblet cells of the conjunctiva, the aqueous layer from the lacrimal gland, and the lipid layer from the meibomian glands [2,3]. The aqueous component of tears is produced by the main lacrimal glands, accessory lacrimal glands, and corneal and conjunctival epithelia [4]. In 1966, Jones [5] stated that the main lacrimal gland is responsible only for reflex tearing, whereas the accessory glands of Kraus and Wolfring provide basal tear secretion; however, this description has been debated. The volume of tears secreted from these glands has not been determined. Moreover, previous reports describe contradictory results as to whether the accessory glands provide an adequate tear volume to prevent dry eye syndrome (DES) [6,7]. The main lacrimal gland is generally thought to be an indispensable source of the aqueous layer of tears; however, there is evidence that adequate tear secretion can exist in the absence of the main lacrimal gland [4].
Herein, we report two cases of refractory DES after transconjunctival excision of the palpebral lobe of the lacrimal gland, along with a literature review. This case report provides additional scientific information to elucidate the main lacrimal gland function in DES.

A 25-year-old female patient with a chief complaint of a palpable mass in both upper eyelids visited our medical center. The palpable mass and edema affected the temporal region of both upper eyelids and caused the patient considerable eye discomfort (Figure 1A). Visual acuity was 20/25 in the right eye and 20/30 in the left eye at the first visit. In the anterior segment examination, a protruding palpebral lobe of the lacrimal gland was noted in both eyes (Figure 1B). Fundus examination produced no specific findings. Contrast-enhanced orbital computed tomography (CT) revealed bilateral diffuse hypertrophy of the lacrimal glands (Figure 1C).
Upper eyelid swelling had not improved in either eye with steroid treatment; thus, we performed a lacrimal gland biopsy via the transconjunctival incision. The biopsy results showed chronic inflammation of the lacrimal gland. Immunohistochemical staining of CD3 and CD20 showed lymphocyte infiltration. Blood test results were positive for antinuclear antibodies; other rheumatoid factors, such as the anti-Ro/La antibody, were within normal limits.
At 3 weeks after the biopsy, the patient complained of extremely severe ocular pain and dry eye symptoms in both eyes. Under slit-lamp examination, the tear break-up time was reduced to <5 s in both eyes, and corneal erosions of grade 3 were found in the left eye (Figure 2A). To improve the symptoms, topical levofloxacin, 0.1% fluorometholone, 0.1% cyclosporine, and autologous serum eye drops were administered every 6 h, and topical carboxymethylcellulose sodium was administered every hour. Therapeutic contact lenses were placed in both eyes, and methylprednisolone was administered orally. After 5 months of treatment, the patient was readmitted with a corneal ulcer in the left eye (Figure 2B). At 9 months after the biopsy, the symptoms persisted; thus, permanent surgical punctal occlusion of both the upper and lower punctum of both eyelids was performed. Intractable DES and filament keratitis developed. The DES symptoms have yet to resolve for this patient as of the 2.5-year follow-up examination.
A 52-year-old female patient with a chief complaint of swelling in both upper eyelids accompanied by diplopia visited our medical center. In orbital CT and magnetic resonance imaging scans, bilateral lacrimal gland hypertrophy was observed (Figure 3). Incisional biopsy of the bilateral lacrimal gland was performed to differentiate a diagnosis of lacrimal gland lymphoma from that of immunoglobulin G4 (IgG4)-related ophthalmic disease. The lacrimal gland tumor was approached via transconjunctival incision, and a biopsy was performed. Lacrimal gland biopsy with immunohistochemical staining of IgG4 showed a number of benign cells. Her blood test results showed increased IgG4 levels, and IgG4-related lacrimal adenitis was confirmed.
After the surgery, methylprednisolone was administered orally to control orbital inflammation. At 1 week after the surgery, severe DED occurred in the patient’s left eye (Figure 4). Therapeutic contact lenses were applied due to intractable ocular pain. On day 40 after the biopsy, the tear break-up time was reduced to 2–3 s in both eyes, and chemosis was observed in the temporal conjunctiva of the left eye. Topical levofloxacin and 0.1% fluorometholone, 0.1% cyclosporine, and autologous serum eye drops were applied in the left eye. At 6 months after the biopsy, corneal erosion of both eyes persisted, and findings of filamentary keratitis were observed in the left eye. Intense pulsed light (IPL) therapy was attempted at another clinic, as the conventional DED treatment for more than 6 months had been ineffective. However, there was no improvement in dry eye symptoms after the IPL treatment. Despite aggressive therapies to protect the ocular surface, the patient still suffers from aqueous-deficient DES. Currently, unaided visual acuity is 20/20 in the right eye and 20/22 in the left eye, and DES persists in both eyes, as of the follow-up in January 2018.

This study was supported by a grant from the National Research Foundation of Korea (NRF-2020R1A2C4002095) and the Soonchunhyang University Research Fund.

This study conformed to the ethical guidelines of the Declaration of Helsinki and was approved by the Institutional Review Board (IRB) of Soonchunhyang University Bucheon Hospital (IRB No. 2020-08-025-01).

Data and material are available on reasonable request. 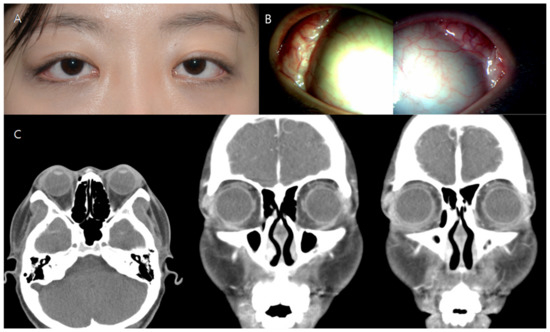 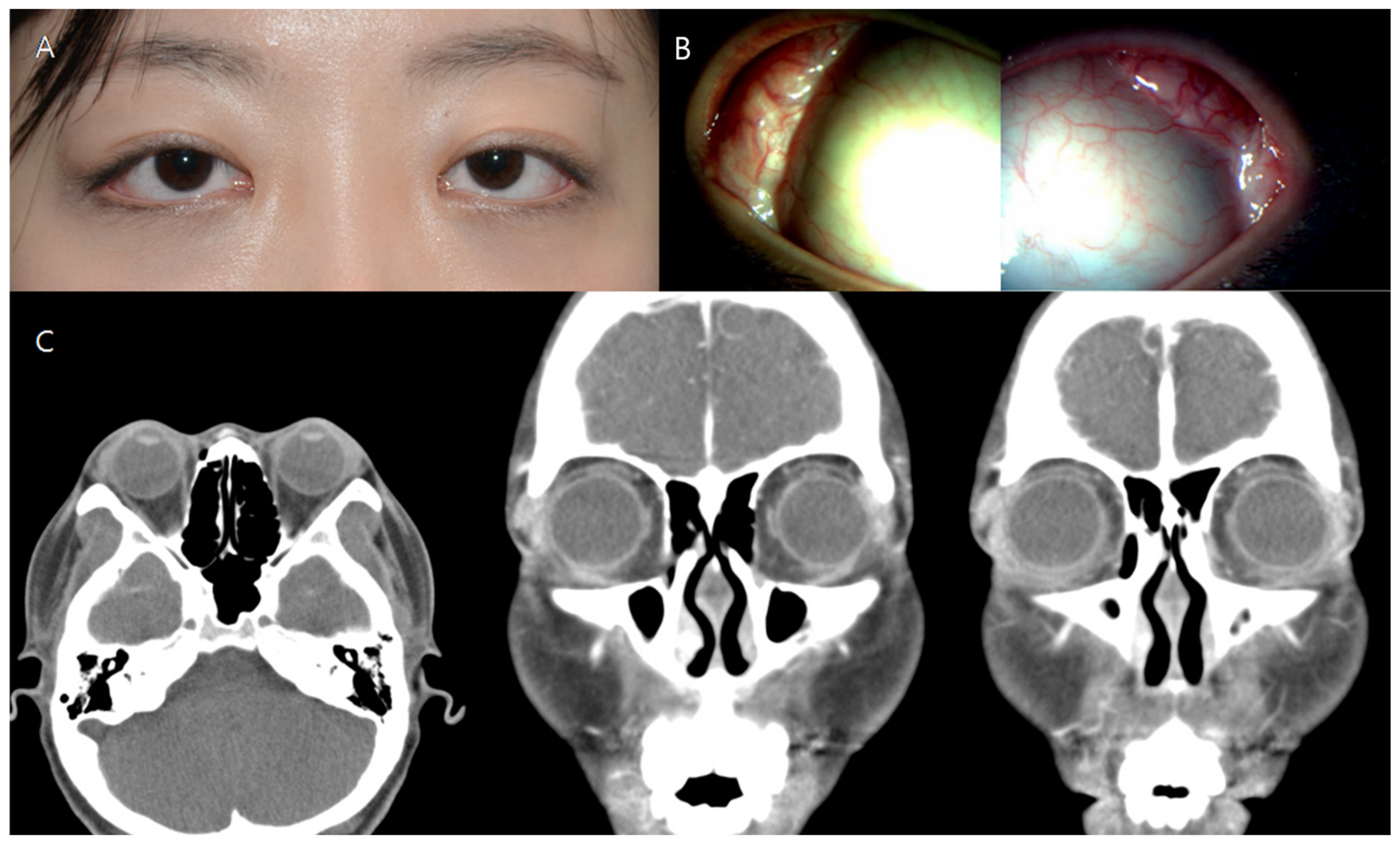 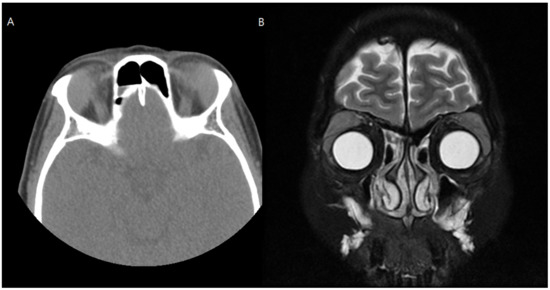 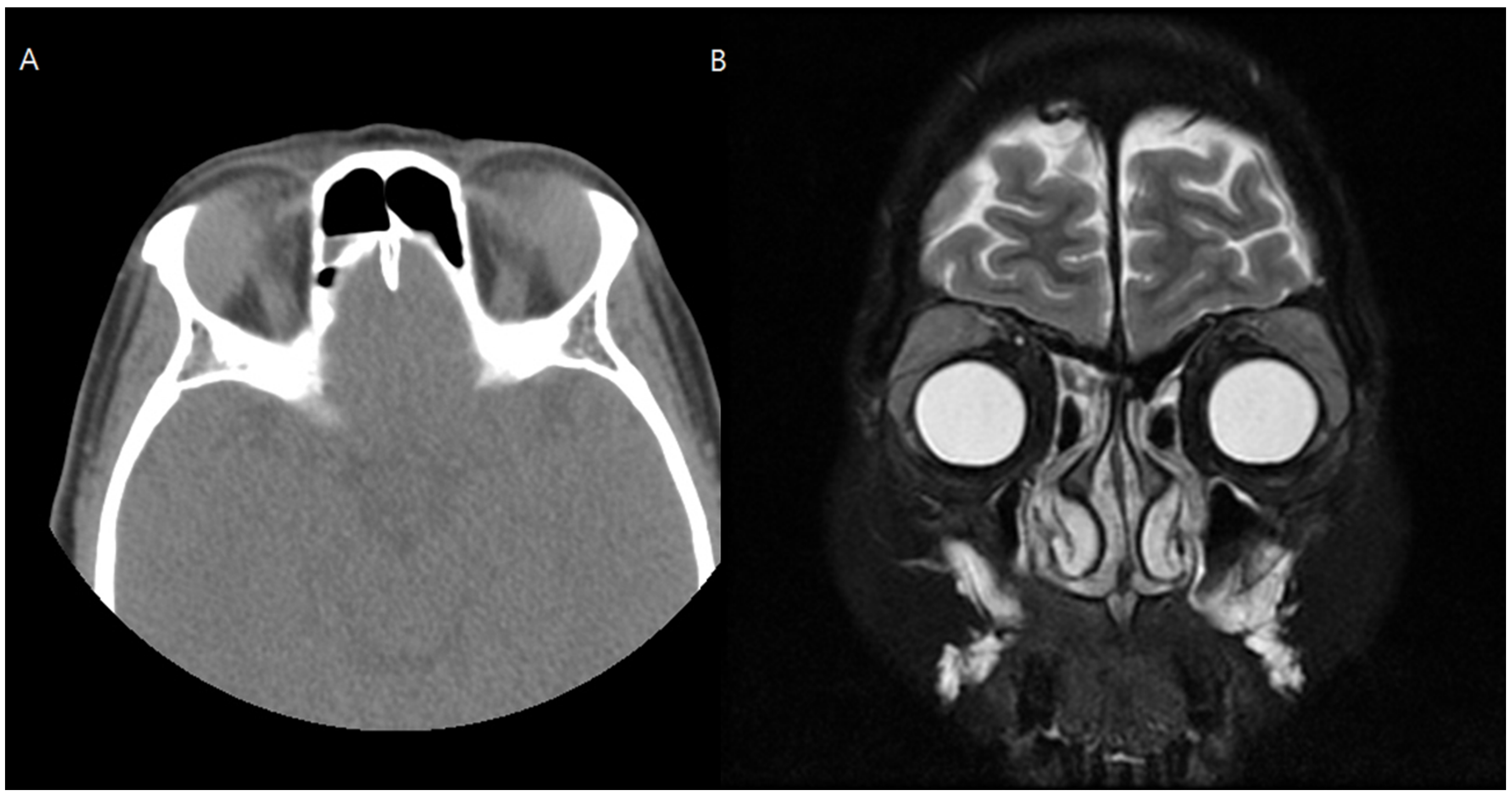 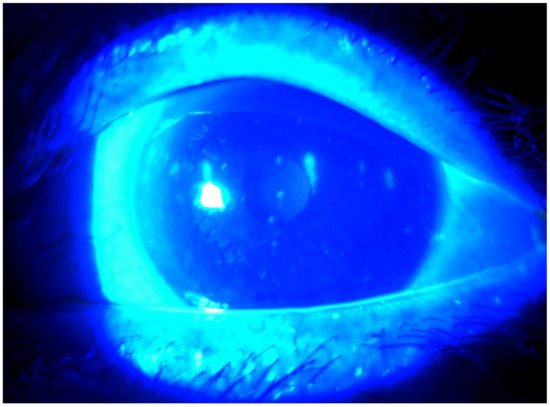 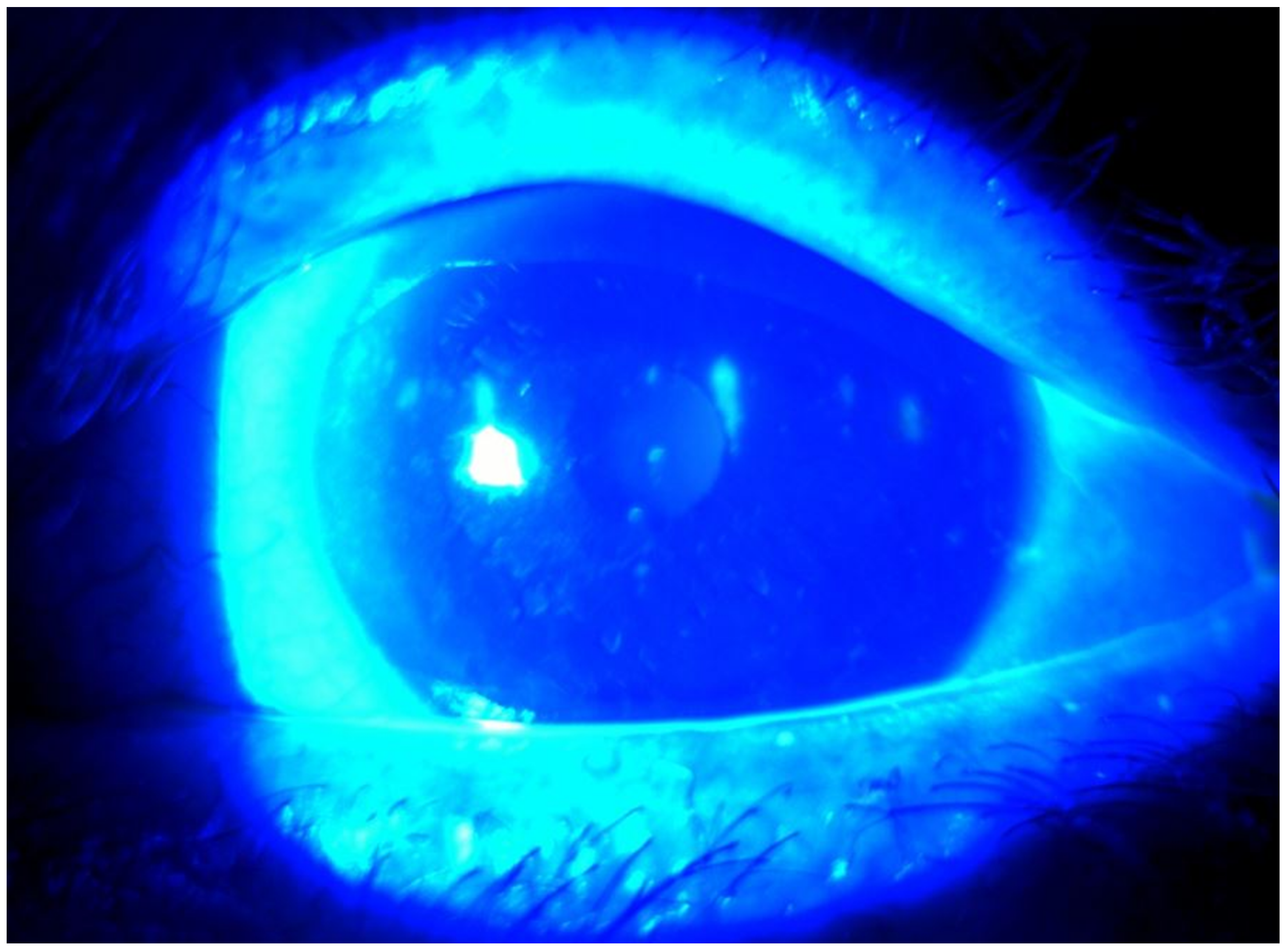