Tetrodotoxin (TTX) is a potent neurotoxin that has been identified in a range of phylogenetically unrelated marine and terrestrial organisms. Tetrodotoxin was recently detected in New Zealand in Pleurobranchaea maculata (the grey side-gilled sea slug). From June 2010 to June 2011 wild specimens were collected from 10 locations around New Zealand. At one site (Narrow Neck Beach, Auckland) up to 10 individuals were collected monthly for 6 months. Attempts were also made to rear P. maculata in captivity. Tetrodotoxin was detected in samples from eight of the ten sites. The highest average (368.7 mg kg−1) and maximum (1414.0 mg kg−1) concentrations were measured in samples from Illiomama Rock (Auckland). Of the toxic populations tested there was significant variability in TTX concentrations among individuals, with the highest difference (62 fold) measured at Illiomama Rock. Tetrodotoxin concentrations in samples from Narrow Neck Beach varied temporally, ranging from an average of 184 mg kg−1 in June 2010 to 17.5 mg kg−1 by December 2010. There was no correlation between TTX levels and mass. The highest levels correspond with the egg laying season (June–August) and this, in concert with the detection of high levels of TTX in eggs and early larval stages, suggests that TTX may have a defensive function in P. maculata. Only one larva was successfully reared to full maturation and no TTX was detected. View Full-Text
Keywords: tetrodotoxin; Pleurobranchaea maculata; geographic variability; temporal variability tetrodotoxin; Pleurobranchaea maculata; geographic variability; temporal variability
►▼ Show Figures 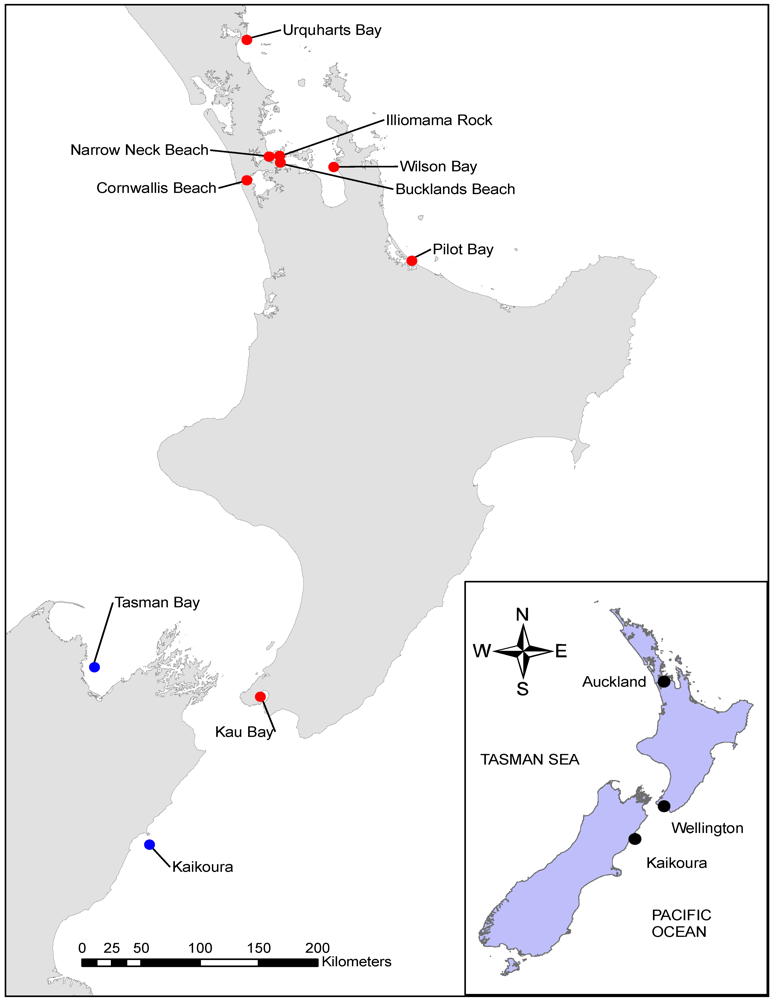