Predictive Modeling of West Nile Virus Transmission Risk in the Mediterranean Basin: How Far from Landing?

Since 1999, human cases of West Nile fever/neuroinvasive disease (WND) have been reported annually in Russia. The highest incidence has been recorded in three provinces of southern European Russia (Volgograd, Astrakhan and Rostov Provinces), yet in 2010–2012 the distribution of human cases expanded northwards considerably. From year to year, the number of WND cases varied widely, with major WND outbreaks in 1999, 2007, 2010, and 2012. The present study was aimed at identifying the most important climatic and environmental factors potentially affecting WND incidence in the three above-mentioned provinces and at building simple prognostic models, using those factors, by the decision trees method. The effects of 96 variables, including mean monthly temperature, relative humidity, precipitation, Normalized Difference Vegetation Index, etc. were taken into account. The findings of this analysis show that an increase of human WND incidence, compared to the previous year, was mostly driven by higher temperatures in May and/or in June, as well as (to a lesser extent) by high August-September temperatures. Declining incidence was associated with cold winters (December and/or January, depending on the region and type of model). WND incidence also tended to decrease during year following major WND outbreaks. Combining this information, the future trend of WND may be, to some extent, predicted, in accordance with the climatic conditions observed before the summer peak of WND incidence. View Full-Text
Keywords: West Nile fever; Russia; climate; ecology; prognosis; decision trees West Nile fever; Russia; climate; ecology; prognosis; decision trees
►▼ Show Figures 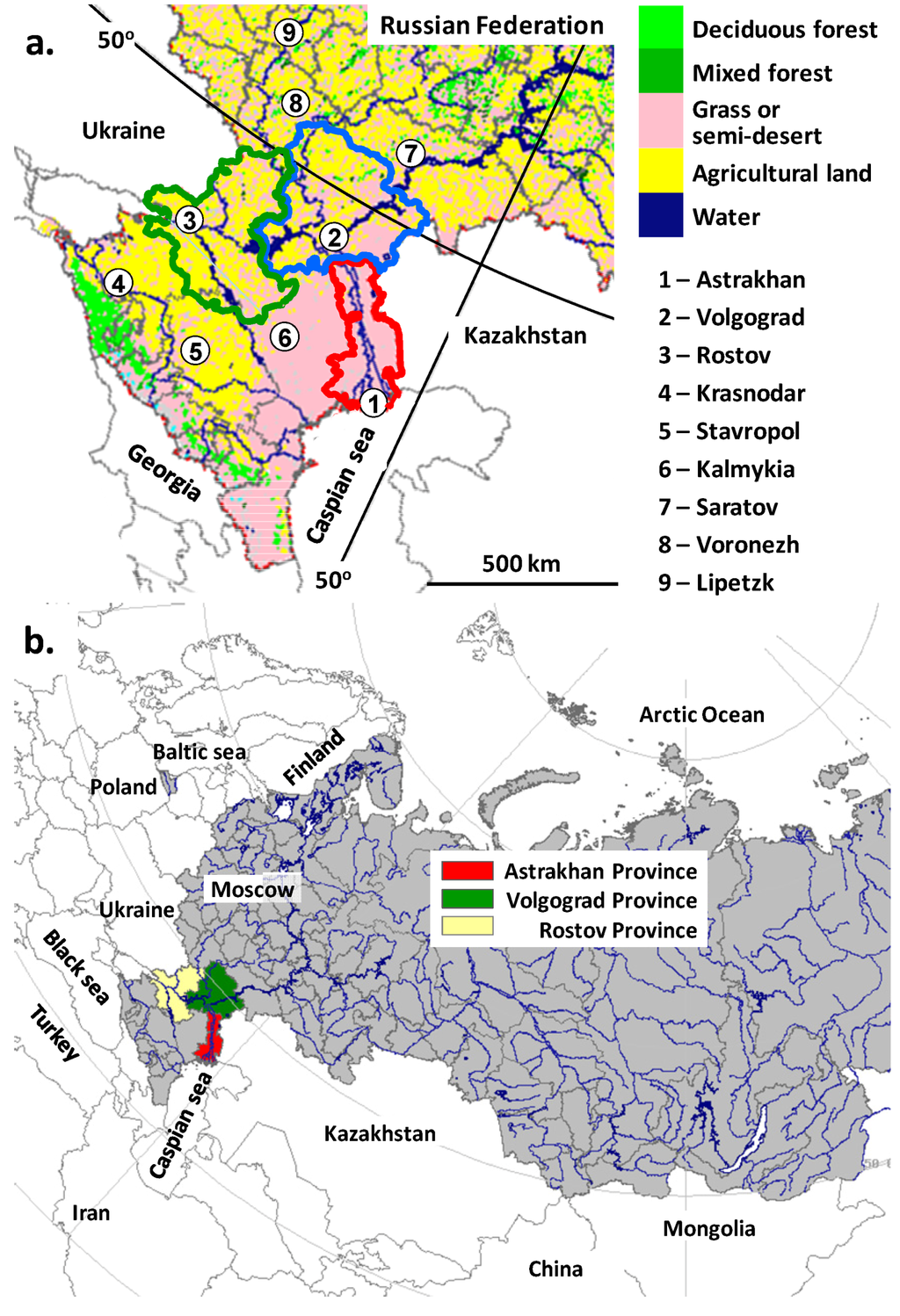