Divergent Effects of Arsenic on NF-κB Signaling in Different Cells or Tissues: A Systematic Review and Meta-Analysis
Previous Article in Special Issue

A Predictive Risk Model for A(H7N9) Human Infections Based on Spatial-Temporal Autocorrelation and Risk Factors: China, 2013–2014 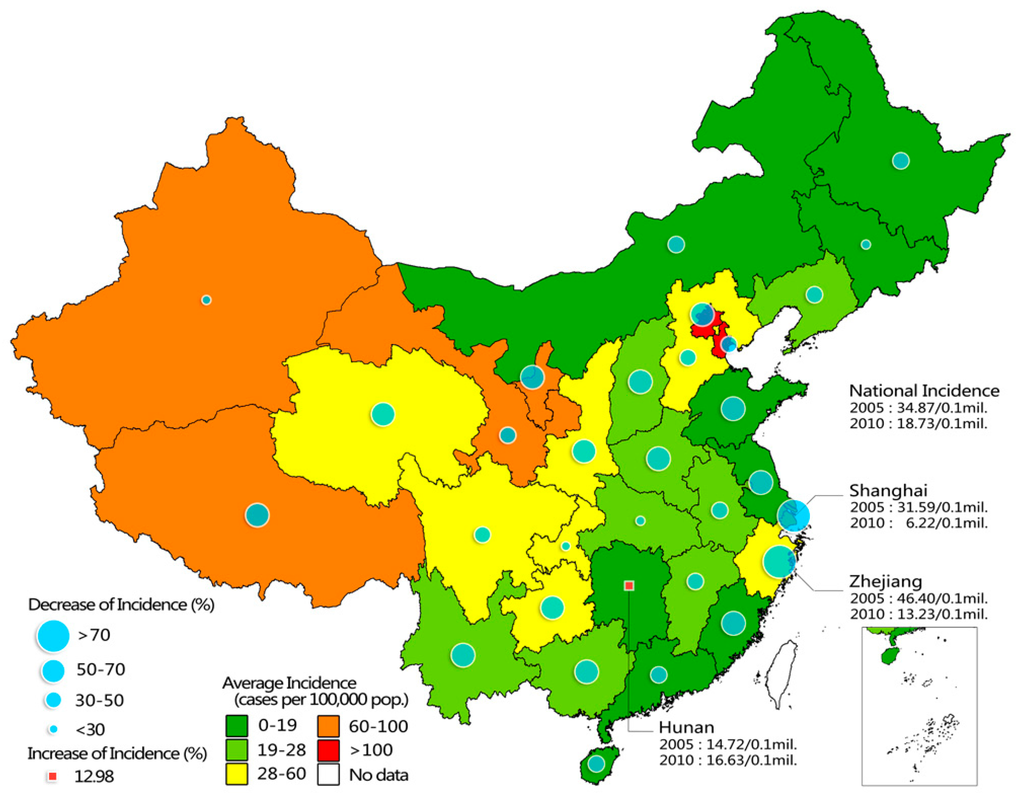