Bacterial pathogens are a leading cause of waterborne disease, and may result in gastrointestinal outbreaks worldwide. Inhabitants of the Bassaseachic Falls National Park in Chihuahua, Mexico show seasonal gastroenteritis problems. This aim of this study was to detect enteropathogenic microorganisms responsible for diarrheal outbreaks in this area. In 2013, 49 surface water samples from 13 selected sampling sites along the Basaseachi waterfall and its main rivers, were collected during the spring, summer, autumn, and winter seasons. Fecal and total coliform counts were determined using standard methods; the AutoScan-4 system was used for identification of isolates and the antibiotic resistance profile by challenging each organism using 21 antibiotics. Significant differences among seasons were detected, where autumn samples resulted in the highest total (p < 0.05) and fecal (p < 0.001) coliform counts, whereas the lowest total coliform counts were recorded in spring. Significant differences between sampling sites were observed, where samples from sites 6, 8, and 11 had the highest total coliform counts (p < 0.009), whereas samples from site 9 exhibited the lowest one. From the microbiological analysis, 33 bacterial isolates from 13 different sites and four sampling seasons were selected; 53% of isolates were resistant to at least one antibiotic, and 15% exhibited a multidrug resistance (MDB) phenotype. MDB were identified as Klebsiella oxytoca (two out of four identified isolates), Escherichia coli (2/7), and Enterobacter cloacae (1/3). In addition, some water-borne microorganisms exhibited resistance to cefazoline, cefuroxime, ampicillin, and ampicillin-sulbactam. The presence of these microorganisms near rural settlements suggests that wastewater is the contamination source, providing one possible transmission mechanism for diarrheal outbreaks.
Keywords: water; pollution; antibiotic; multidrug resistance; enteric; microorganisms; MPN; environment water; pollution; antibiotic; multidrug resistance; enteric; microorganisms; MPN; environment

Bacteria are one of the most important pathogens in waterborne diseases, and these organisms cause gastrointestinal outbreaks worldwide. Many human diseases are transmitted as a result of the ingestion of contaminated water and food. There are nearly 1.7 billion cases of diarrhea per year worldwide; this condition is the second leading cause of death in children less than five years old [1,2,3] and kills nearly 760,000 children per year. These health problems are common in rural areas in developing countries, which lack access to safe, fresh drinking water, and they remain a serious problem [4,5]. Enteric bacteria are present in the human gastrointestinal system and feces of all warm-blooded animals. These bacteria are commonly dumped into water environments through the runoff from farms and rural settlements with industrial and agricultural pollutants, lacking of wastewater treatment systems [1,6].
Bacterial pathogens potentially transmitted through water ingestion include Escherichia coli, Klebsiella sp., Salmonella enterica subsp. Enterica Serovar Typhi, Salmonella enterica subsp. Enterica Serovar Paratyphi, Shigella spp., Vibrio cholerae, Acinetobacter sp., Clostridium spp., and Bacillus anthracis. Other bacterial pathogens that can survive in soil and water include Legionella, Burkholderia pseudomallei (also known as Pseudomonas pseudomallei), and atypical mycobacteria [1,2,5]. Since 1895, E. coli has been identified as an indicator of fecal pollution in water samples; not all species of E. coli are pathogenic, but a few of these bacteria, such as E. coli O157:H7, can be fatal [7,8]. The most probable number technique is commonly used as an index to determine the microbial safety of drinking water; this method is performed in multiple tubes showing the probabilistic value of the bacteria in 100 mL of water, as described in ISO 6461 [9].
Untreated waste introduces additional resistant bacteria into water, likely also constituting an important mechanism for the dissemination of antibiotic-resistant bacteria (ARBs) in natural bacterial communities. ARBs are becoming a major global public health problem [10,11], and the extensive use of antimicrobial treatments in humans and animals may increase resistant bacterial populations in the aquatic environment [12]. Most antibiotic resistance research has focused on isolates from clinical patients, but ARBs are widespread in the environment, including water and soil [11]. In 2013, Bassaseachic Falls National Park in Chihuahua presented diarrhea outbreaks among inhabitants of the park, primarily in children, probably caused by contaminated water consumption. The aim of the present study was to identify the multidrug-resistant enteric pathogenic and native bacteria present in the surface water of Bassaseachic Falls National Park in Chihuahua, Mexico as a possible source of water outbreaks.

Thirteen reference locations situated near rural settlements, waterfall wells, and the belvedere used by inhabitants to collect water for drinking, cooking or washing purposes, were selected in the Bassaseachic Falls National Park, Ocampo Municipality in the state of Chihuahua, Mexico (28°07′59″N 108°15′00″W, Figure 1).
A total of 49 sampling points were selected from 13 different points described in Table 1, and each location was selected near principal rural settlements. Samples 1, 2, and 13 refer directly to Basaseachi Falls; in addition, two samples were collected from the visitors’ center (sample 9) and a small waterfall (sample 2) next to the Basaseachi waterfall. Four 1-L samples were collected at each location using 1.2-L polypropylene bottles previously sterilized under UV light for 3 h, according to Mexican sampling standards [13]). Each sample was collected approximately 30 cm below the water surface, and the bottles were open only under the water. Four liters of water from each sampling point was stored upright on ice in 1.2-L polypropylene bottles until further laboratory analysis. The seasons were defined as winter (December), spring (March), summer (June) and autumn (October). Two of the total water samples were lost as a result of the dry spell during the summer (samples 5 and 6), and one water sample was lost during the spring as a result of unsafe sampling conditions (sample 13). All collection sites were identified using GPS (Table 1). The presence of native and enteropathogenic bacteria was determined using microbiological and biochemical techniques for the identification of Gram-negative bacteria from all collected samples.

Total and fecal coliform counts were determined using the multiple-tube fermentation technique and were reported as the most probable number (MPN) of organisms present per 100 mL of sample. The MPN analysis was performed within 24 h of sampling, according to the Mexican Standard [14]. Briefly, 10-, 1-, and 0.1-mL aliquots of the season/site samples were inoculated in triplicate into 10 mL of lactose broth (Merck, Naucalpan de Juárez, México) in an inverted Durham tube and incubated at 37 °C for 24 h; gas formation indicated a positive result. One milliliter of the gas-positive samples was inoculated into 10 mL of standard broth for total coliform counts and was incubated at 44 °C. Another milliliter of the gas-positive sample was inoculated in brilliant green broth for fecal coliform confirmation and was incubated at 37 °C. The negative samples were incubated for an additional 48 h as a confirmative test.

Pure colonies were recovered from MacConkey and TCBS agar for biochemical identification using the AutoSCAN-4 system (DADE Behring MicroScan-Plus, Kennett Square, PA, USA) to identify fermentative and non-fermentative Gram-negative bacilli. The AutoScan ID panel was prepared according to the manufacturer’s instructions. Identification was based on the detection of pH changes determined via modified and chromogenic tests, substrate utilization, and growth in the presence of antimicrobial agents after 16–42 h of incubation at 35 °C. Rapid Combo panel NEG-44 was selected to identify Gram-negative bacteria based on conventional and chromogenic tests in 96-well microplates and on 27 dehydrated substrates. The results were analyzed using Labpro software to identify microorganisms and to generate an antibiotic resistance profile. Only Gram negative bacteria were further analyzed. Similarly, only one isolate from isolates showing similar macroscopic (colonial) and microscopic characteristic was selected.

For the MPN analysis, the data were normalized through the logarithmic transformation of the quantitative MPN results, and ANOVA with the general linear model was used to test for determinations of statistical significance. Comparisons among groups were obtained using Tukey test. Minitab statistical software was used for data analysis. For each season, the calculation of the geometric mean included all sites, whereas the calculation of the geometric mean for each site included all seasons, with confidence intervals of 95% (Minitab v17).

Surface water samples from Bassaseachic Falls National Park revealed the presence of bacterial pathogens that are considered public health risks. Five isolates showing multidrug (antibiotic) resistance (MDR) profiles from this natural water environment were identified. Overall, the microorganisms detected may cause future problems and represent a health threat to the people who live near this park. MDR agents constitute a major threat to Public Health and should receive more attention. The monitoring of antibiotics resistance genes and the presence of resistant bacteria in the environment are increasingly viewed as ecological problems for which further studies are needed to provide solutions that preserve seasonal water bodies, such as ponds, rivers, lakes, and waterfalls, and their productive ecosystems.

The authors declare that there are no conflict of interest. 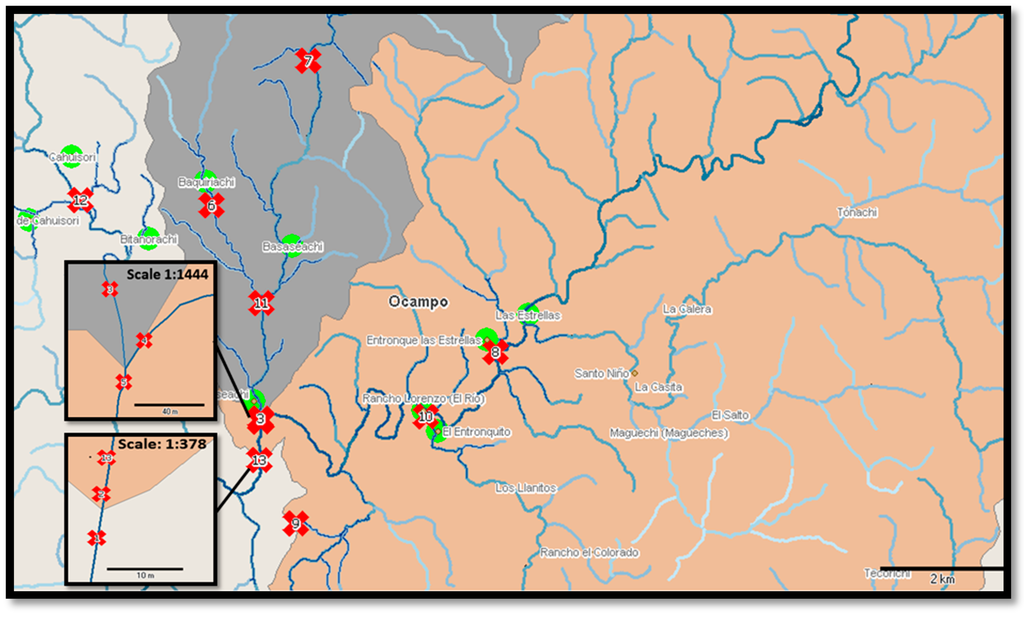 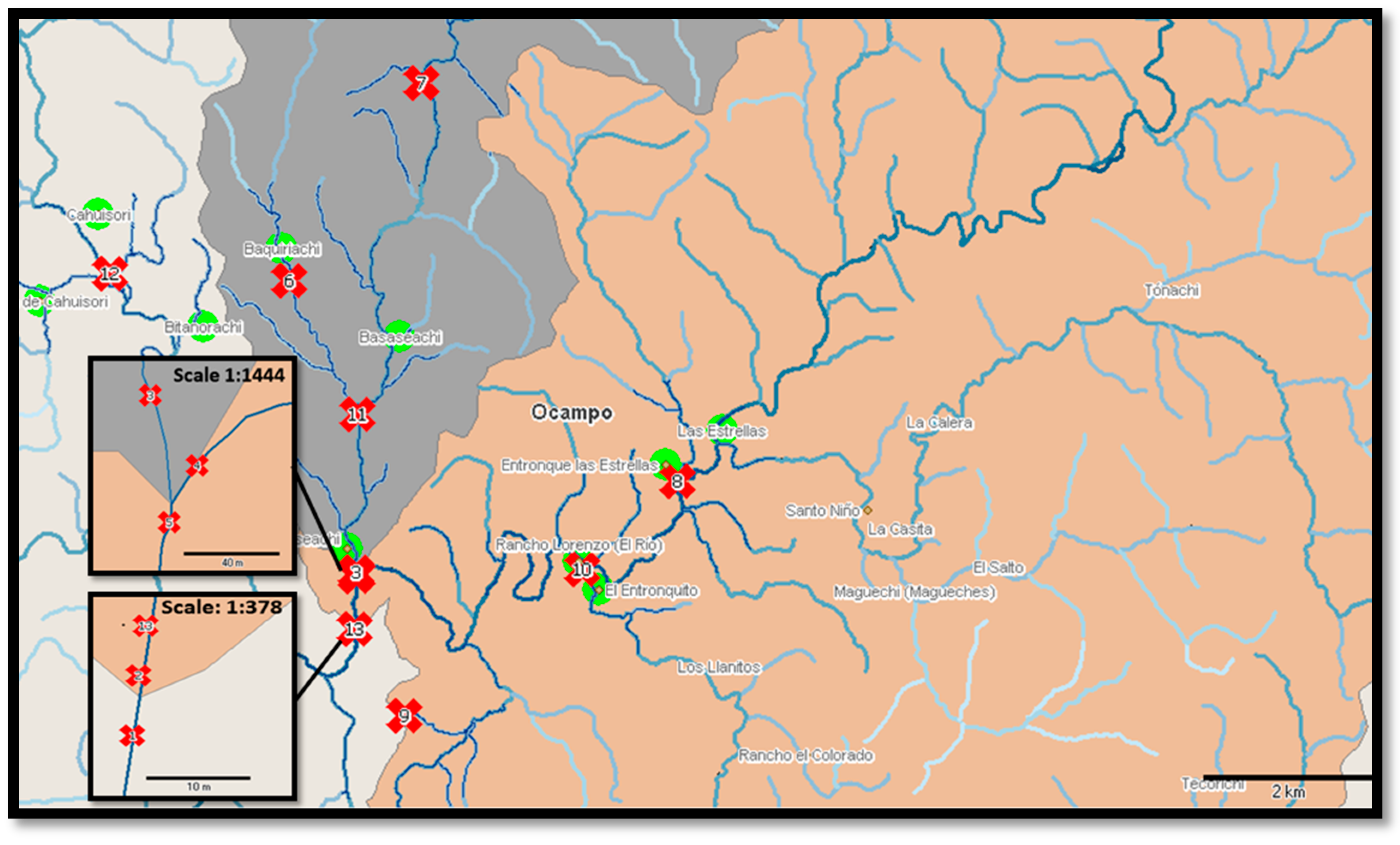 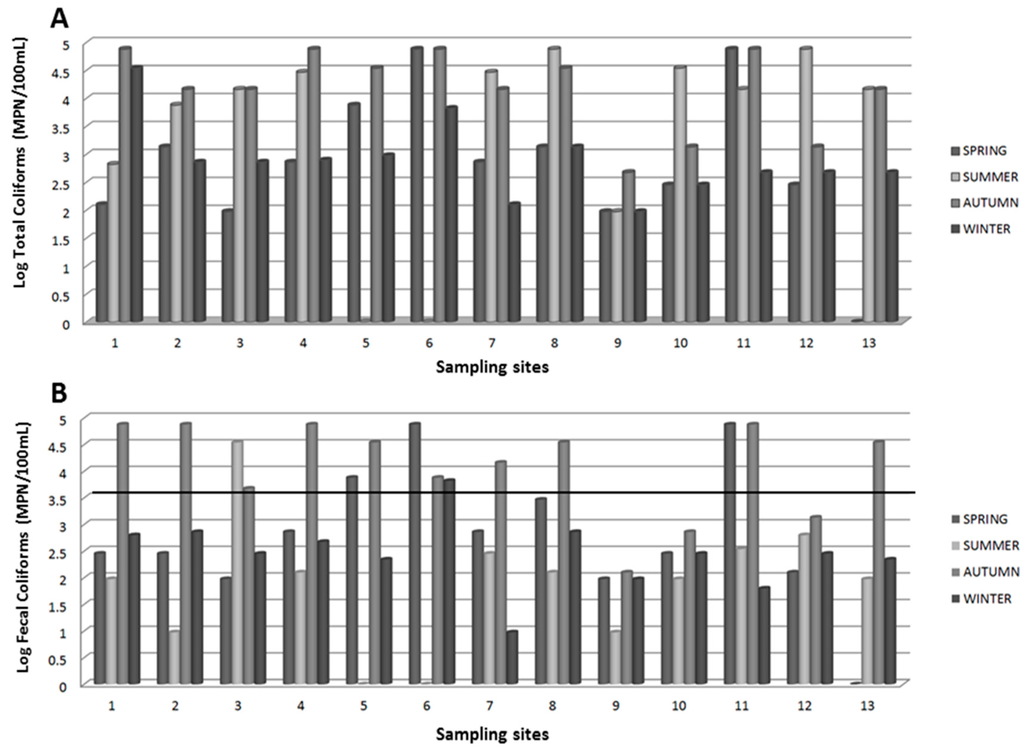 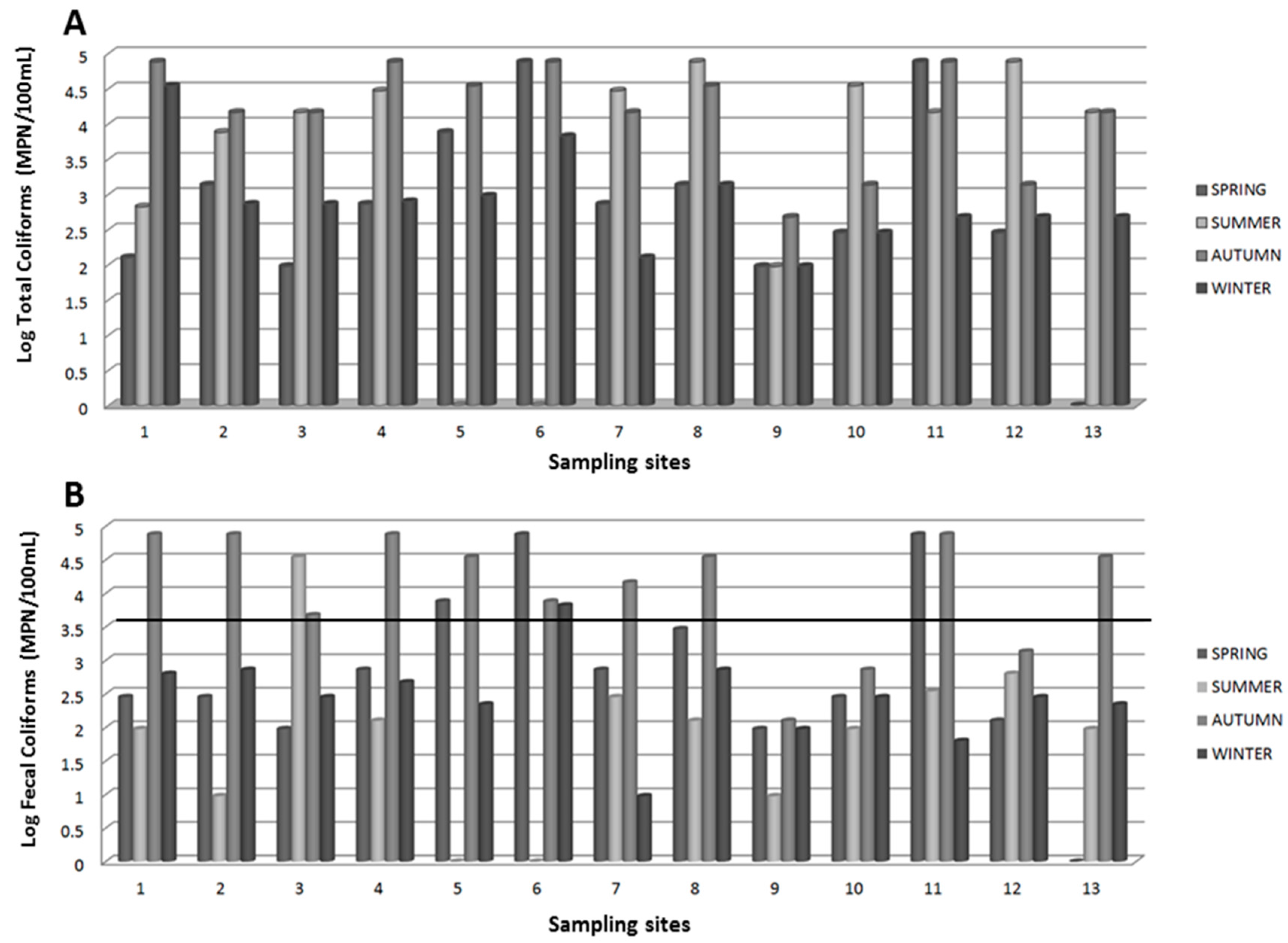 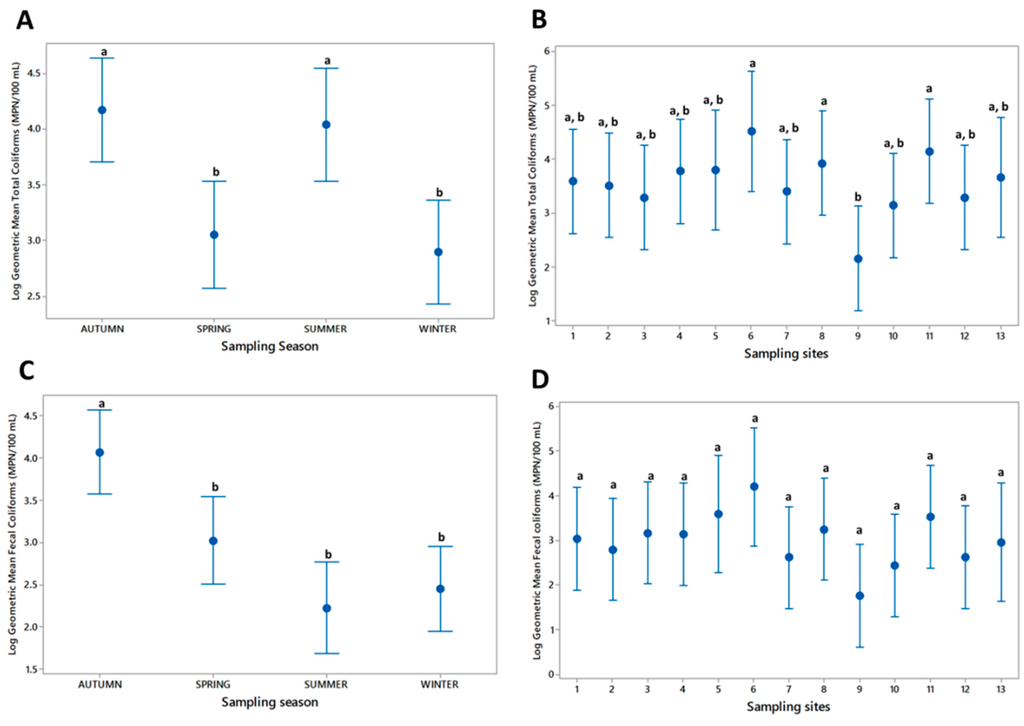 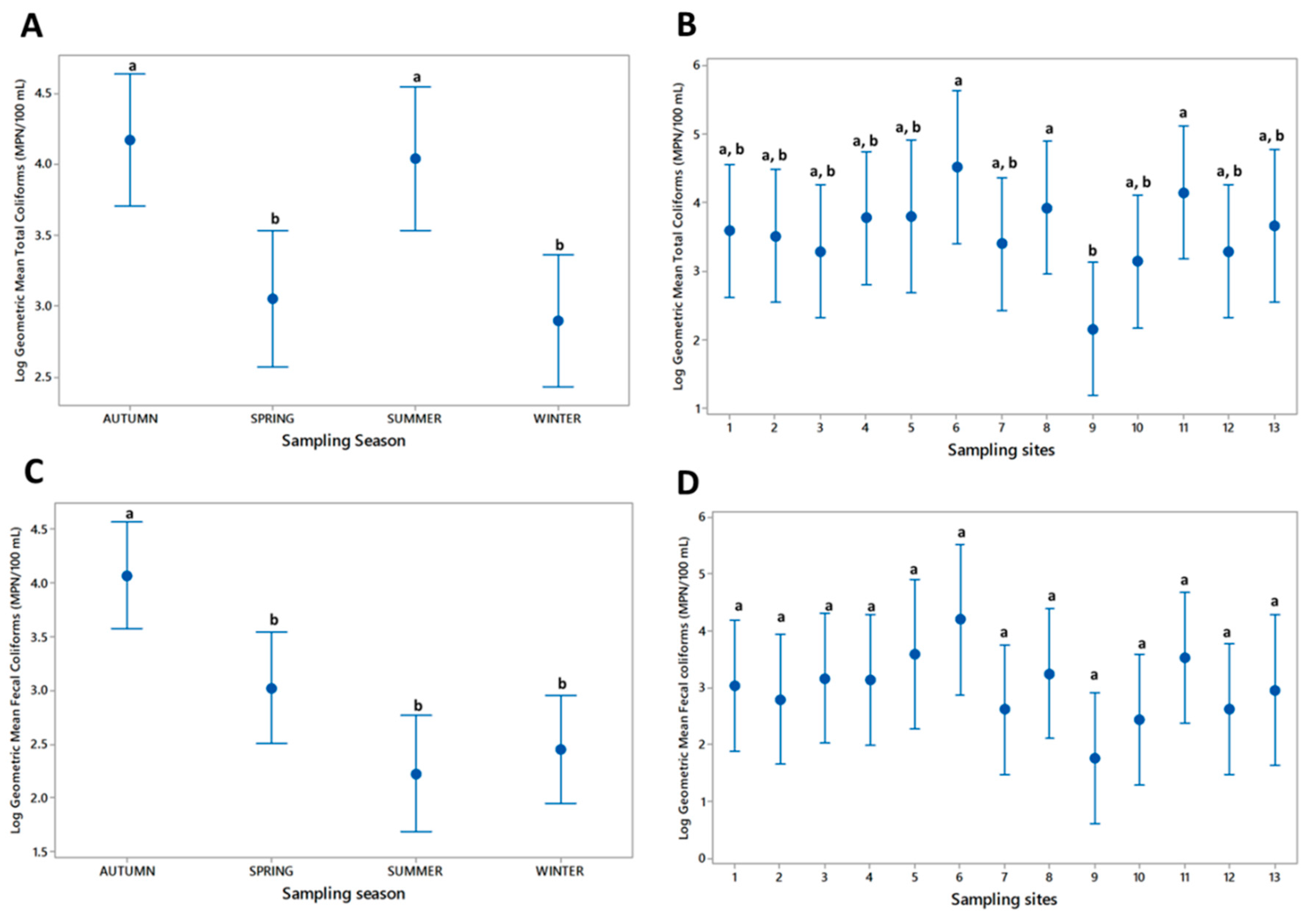 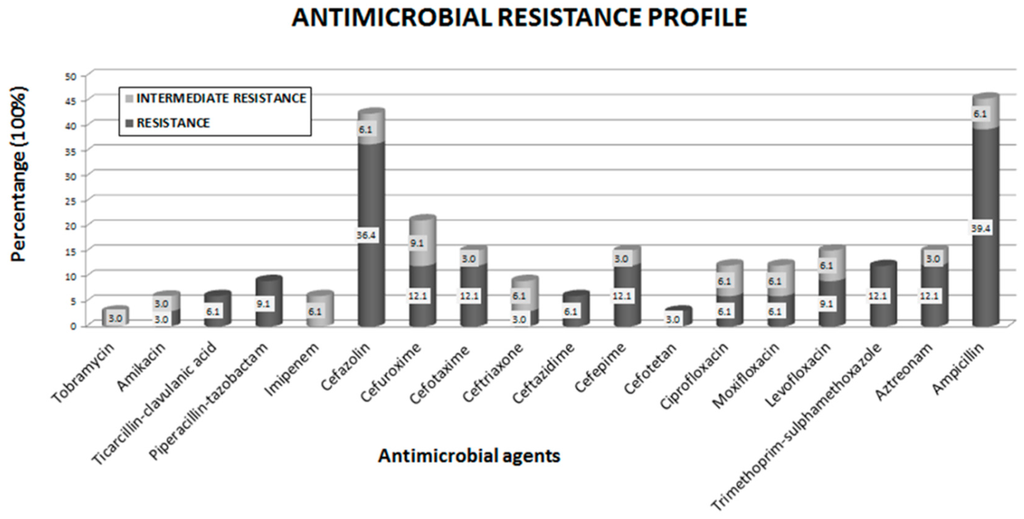 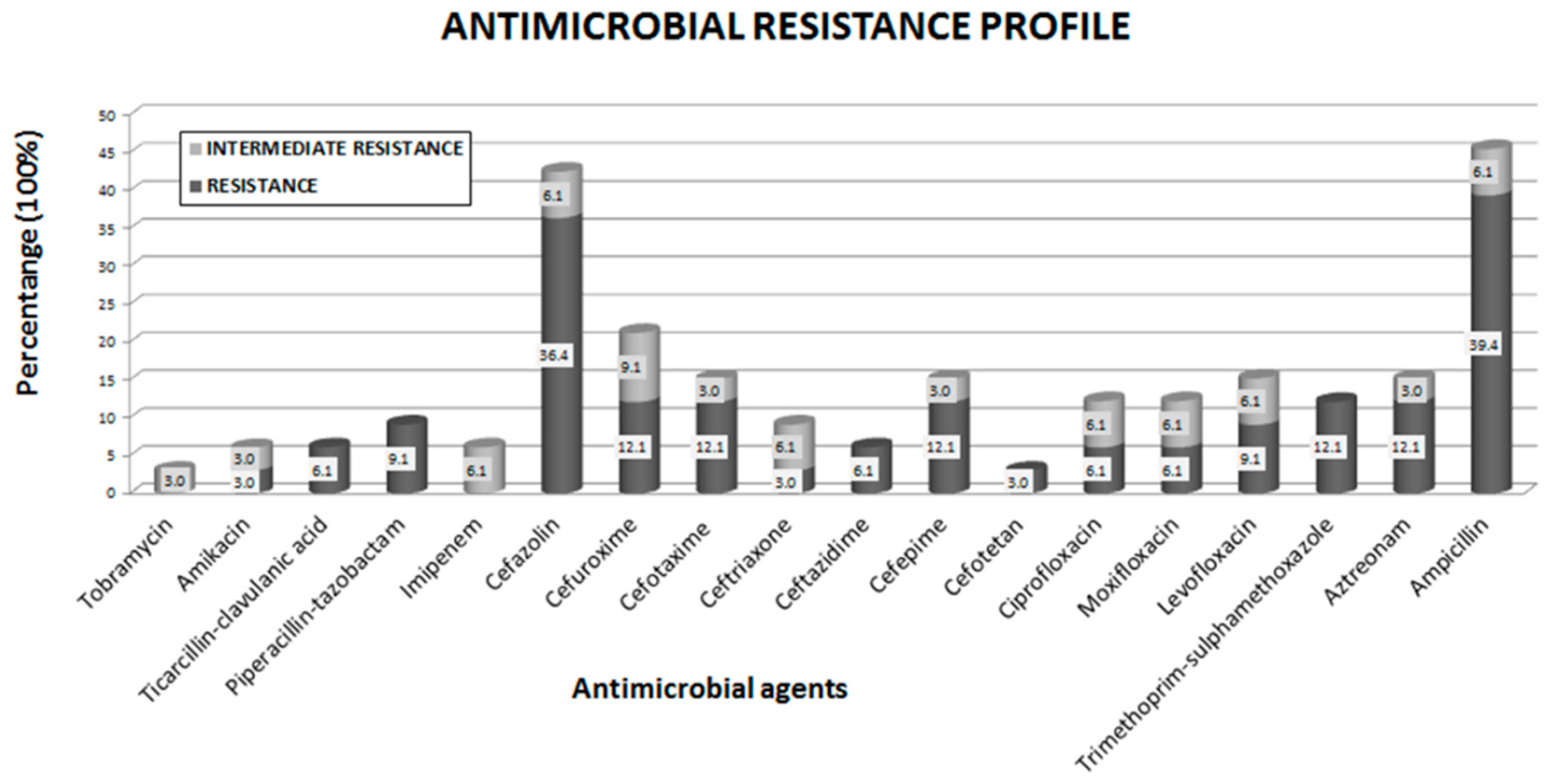 Table 1. Description of the freshwater sample sites at Bassaseachic Falls National Park during 2013.

Table 2. Identified bacterial isolates recovered from freshwater at Bassaseachic Falls National Park during 2013.
1 References of diarrhea (including diarrheic outbreaks) by the bacteria found in this study, linked to wastewater contamination to well water. 2 Infection is linked to an infected animal exposure, but in bacteremia cases, 50% of patients reported no contact with animals [26]