Seasonal Differences in Determinants of Time Location Patterns in an Urban Population: A Large Population-Based Study in Korea
Previous Article in Special Issue

Why Do Children Engage in Sedentary Behavior? Child- and Parent-Perceived Determinants

Todays children spend a large amount of their time sedentary. There is limited evidence on the determinants of sedentary behavior in children, and qualitative studies are especially lacking. Therefore, this study aimed to explore determinants of children’s sedentary behavior from the child- and parent perspective. Qualitative data were collected during concept mapping sessions with four groups of 11–13 years old children (n = 38) and two online sessions with parents (n = 21). Children and parents generated sedentary behavior motives, sorted related motives, and rated their importance in influencing children’s sedentary time. Next, multidimensional scaling and hierarchical cluster analysis was performed to create clusters of motives resulting in a concept map. Finally, the researchers named the clusters in the concept map. Concept maps of children yielded eight to ten perceived determinants, and concept maps of parents six to seven. Children and parents identified six similar potential determinants, and both rated as important: Sitting because… “it is the norm (I have to)”, and “I can work/play better that way”. In addition, children rated “there is nobody to play with” as an important potential determinant for engaging in sedentary behavior. The most important child- and parent perceived determinants were related to the social/cultural and physical environment, indicating that these are promising targets for future interventions. View Full-Text
Keywords: sedentary activities; concept mapping; child; parent; determinants sedentary activities; concept mapping; child; parent; determinants
►▼ Show Figures 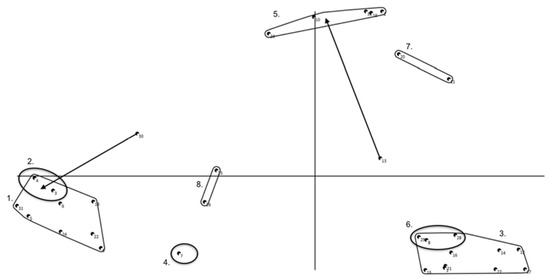