Relationship between the Main Communities and Environments of an Urban River and Reservoir: Considering Integrated Structural and Functional Assessments of Ecosystems
Previous Article in Journal

All animal experiments conformed to the regulations stipulated by the National Institutes of Health (NIH) and the guidelines of the Korean Academy of Medical Science. This study was approved by the Kyung Hee University Institutional Animal Care and Use Committee (Seoul, Korea) (KHUASP [SE]-14-018). Two mice were housed per cage for the normal chow groups or one mouse was housed per cage for the HFD groups under controlled temperature (20 ± 2 °C) and lighting (07:00 to 19:00 h) conditions with food and water available ad libitum.

To test the effect of exercise on apoptosis in the obese skeletal muscles, treadmill exercise training was performed in the CON + EX and HFD + EX groups for 12 weeks after 20 weeks of HFD feeding. The mice in these two exercise groups were trained on a mice treadmill at a moderate intensity (60–75% of the maximal aerobic capacity of mice [28]). The mice were acclimated to walk on the treadmill during the first 7 days. After the acclimation period, the mice were gradually conditioned to perform exercise without inclination at 10–16 m/min, for 40–50 min/day and 6 days/week for 12 weeks.

To prepare the skeletal muscle tissues for detection of morphological changes, the mice were fully anesthetized with ethyl ether after which they were transcardially perfused with 50 mM phosphate-buffered saline (PBS) and then fixed with a freshly prepared solution of 4% paraformaldehyde in 100 mM phosphate buffer (pH, 7.4). The skeletal muscles were then removed, post-fixed in the same fixative overnight, and transferred into a 30% sucrose solution for cryoprotection. In addition, to prepare the skeletal muscle tissue for Western immunoblotting, the red gastrocnemius (Type IIa) fiber was rapidly extracted and immediately frozen using liquid nitrogen.

To determine the effects of obesity and exercise training on the morphology of the skeletal muscle, the paraffin block section-embedded soleus muscle was cut thinly (5-µm thickness) and dried at 60 °C. Hematoxylin and eosin staining was performed at room temperature (RT) to localize the myocyte nuclei, extramyocyte space, and geometry. The myocyte number, CSA, and extramyocyte space were measured on multiple sections of the soleus using the Image J analysis program (NIH, Bethesda, MD, USA).

Data were presented as means ± standard errors. Two-way analysis of variance (ANOVA) was performed to determine the effects of obesity and exercise. When applicable, one-way ANOVA with Tukey’s post hoc test was used to assess the mean difference among test groups. The significance level was set at 0.05. All graphs were generated using Prism 5 (GraphPad, La Jolla, CA, USA).

This work was supported by Ministry of Education of the Republic of Korea and the National Research Foundation of Korea (NRF-2016S1A5A8018954, NRF-2016R1A2B4014240) and World Class Smart Lab at Inha University. 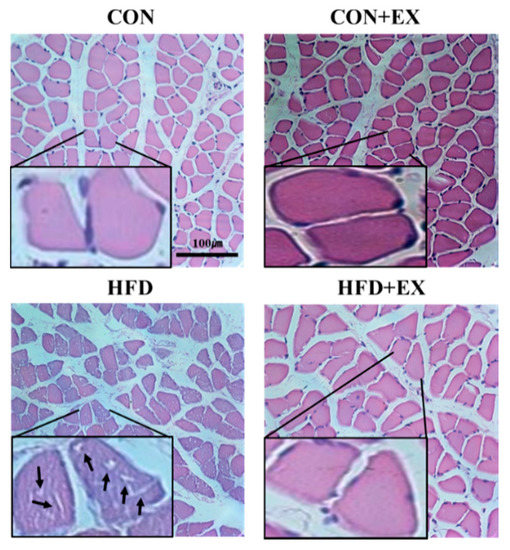 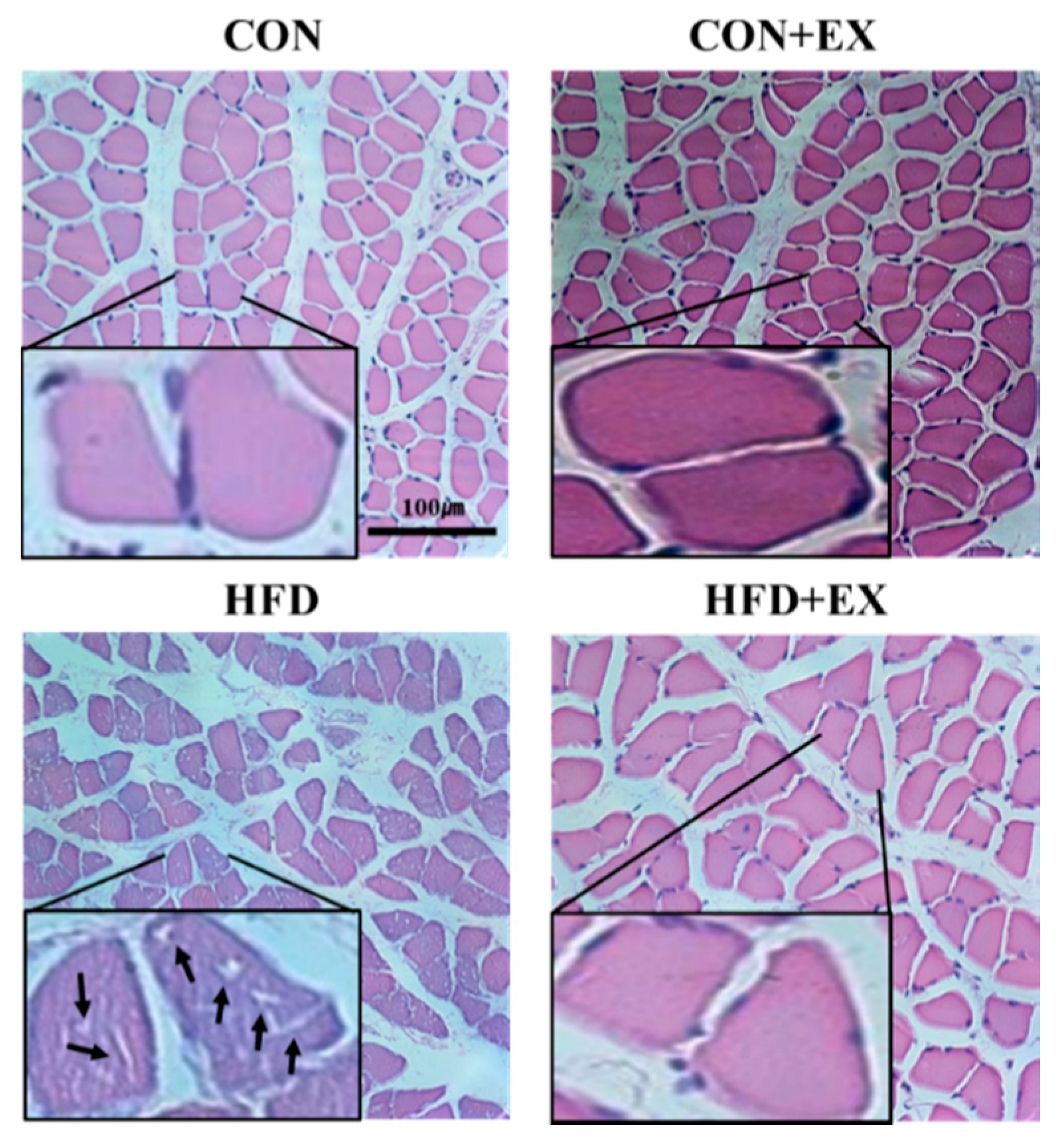 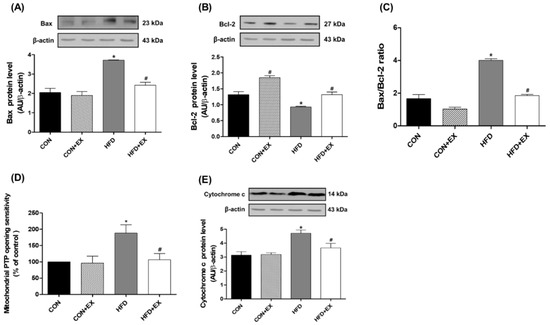 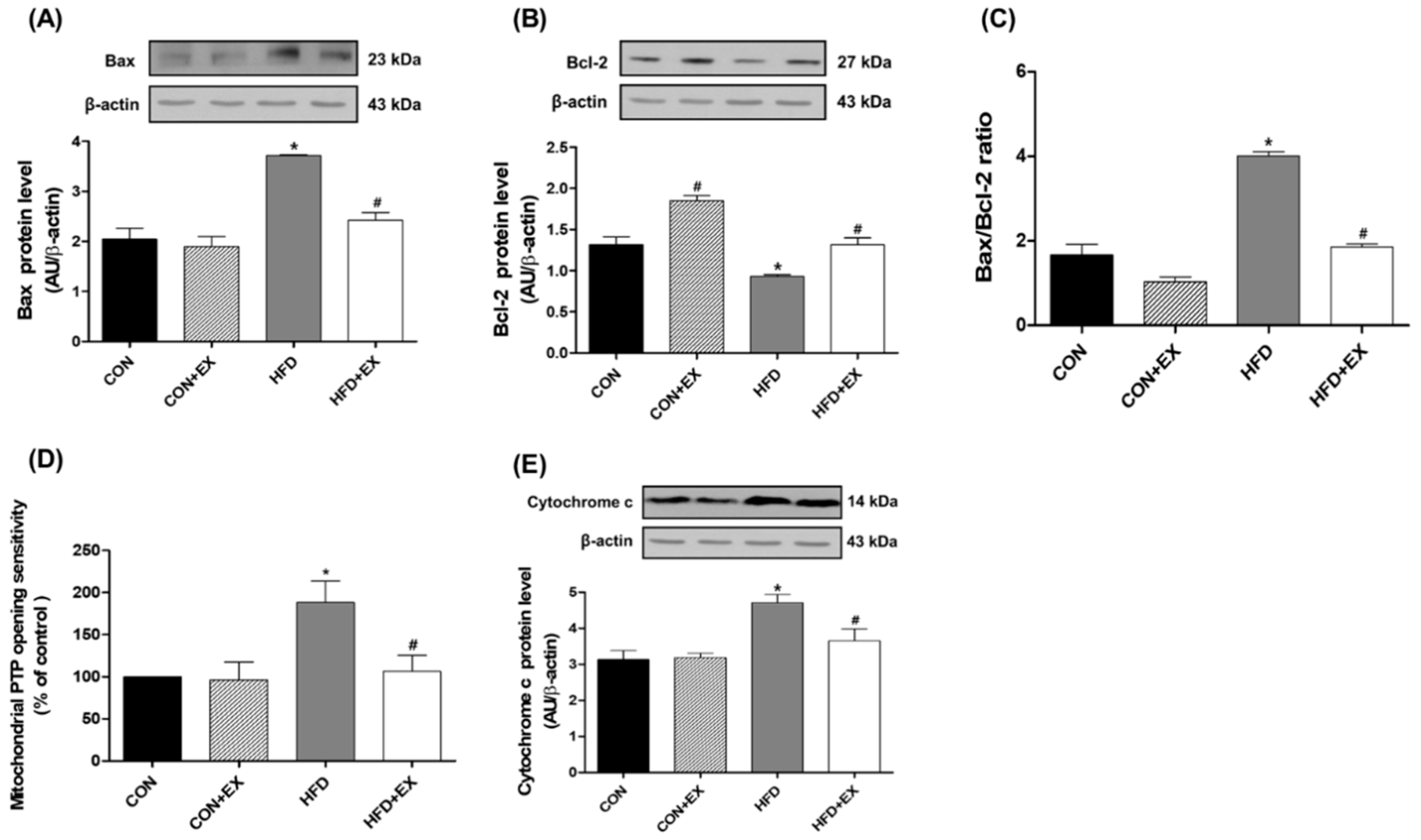 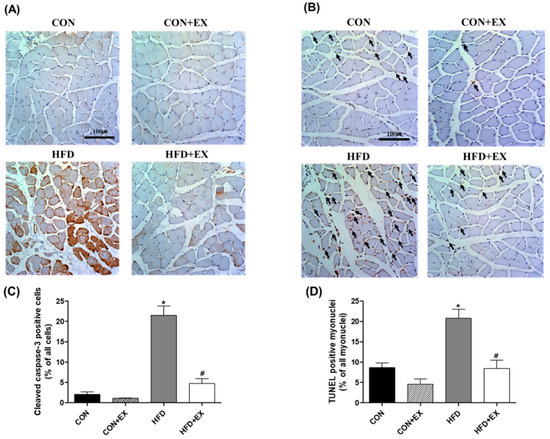 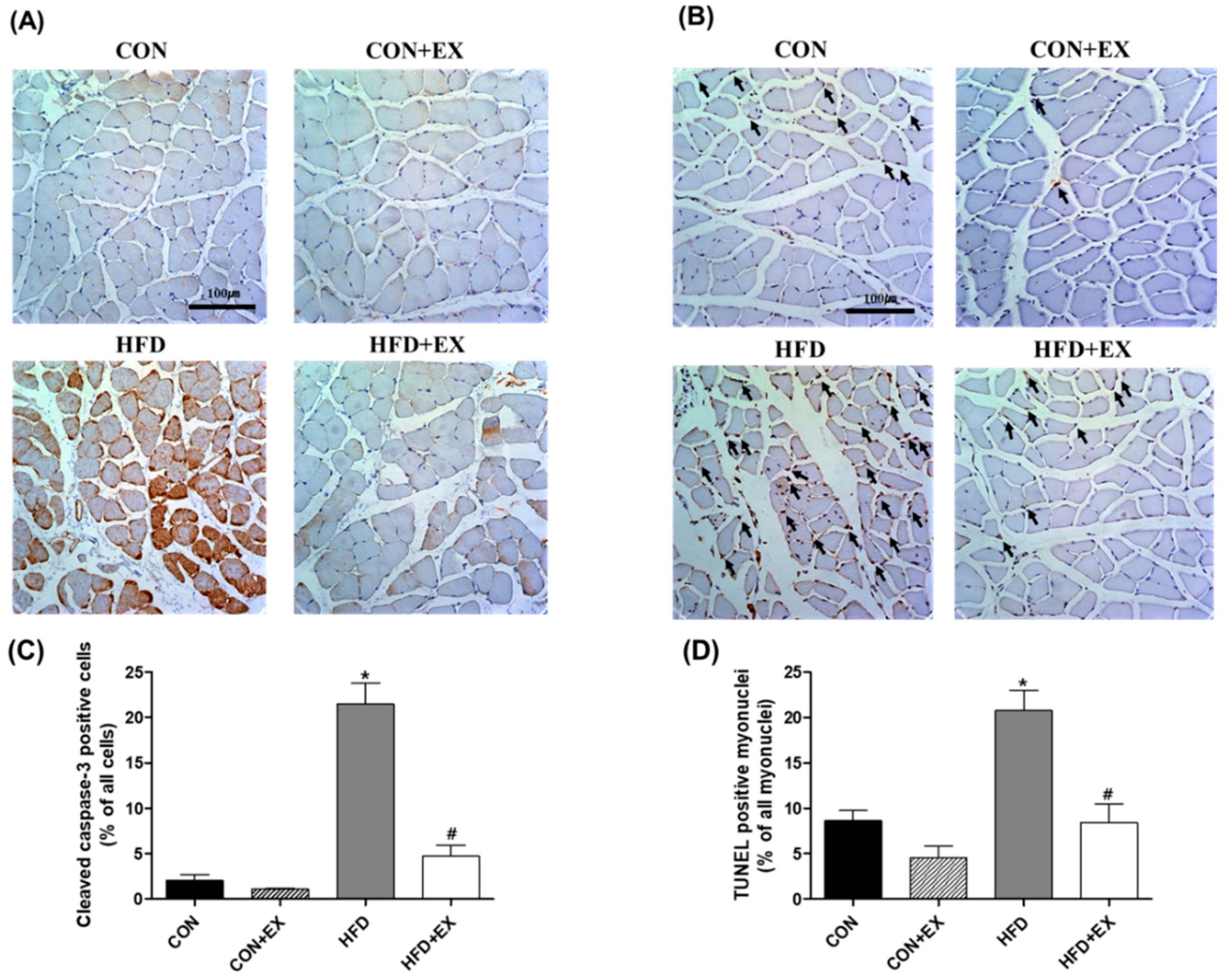