A Cross Sectional Examination of the Relation Between Depression and Frequency of Leisure Time Physical Exercise among the Elderly in Jinan, China
Next Article in Special Issue

Ambient air pollution is a major global health problem and commercial drivers are particularly exposed to it. As no systematic assessment of the health risks associated with occupational exposure to ambient air pollution in this population had yet been carried out, we conducted a systematic review using a protocol-driven strategy. Papers published from inception to April 20, 2018 in MEDLINE, EMBASE, CINAHL, African journals online, the Cochrane library, ISRCTN WHO ICTRP, and the Web of Science and Scopus databases were screened for inclusion by two independent reviewers. Original articles with at least an available abstract in English or French were included. The initial search retrieved 1454 published articles of which 20 articles were included. Three studies reported a significant difference in white blood cells (106/L) among commercial motorcyclists compared to rural inhabitants (5.041 ± 1.209 vs. 5.900 ± 1.213, p = 0.001), an increased risk of lung cancer (RR = 1.6, 95%CI 1.5–1.8) in bus drivers and an increased standardized mortality ratio (SMR) in bus drivers from Hodgkin’s lymphoma (SMR 2.17, 95%CI 1.19–3.87) compared to white-collar workers. Other studies also found that drivers had more oxidative DNA damage and chromosome breaks. Four papers failed to demonstrate that the drivers were more exposed to air pollution than the controls. Three other studies also reported no significant difference in lung function parameters and respiratory symptoms. The genetic polymorphisms of detoxifying enzymes were also not homogeneously distributed compared to the controls. There is some evidence that occupational exposure to ambient air pollution among commercial drivers is associated with adverse health outcomes, but the existing literature is limited, with few studies on small sample size, methodological weaknesses, and contradictory findings—thus, further research is recommended.
Keywords: air pollution; health risk; driving; automobile; bus; motorcycle air pollution; health risk; driving; automobile; bus; motorcycle

We searched MEDLINE, EMBASE, CINAHL, African journals online, the Cochrane library, ISRCTN WHO ICTRP, and the Web of Science and Scopus databases for papers written in the English and French language, published from inception to April 20, 2018 by using a systematic search strategy with the removal of duplicate titles. Table 1 reports the key words that were used. Reference lists from published reviews and included publications, abstracts from major occupational and environmental medicine conference proceedings of major conferences on occupational and environmental health were also searched. The bibliography of studies included in the review were searched for any additional, relevant titles.

Original studies comparing the health effects of occupational air pollution in commercial drivers and a comparison group were included if they met the selection criteria detailed in Table 2. Two (HL, MS) authors screened the titles and abstracts and made study selection decisions independently. A third author (LAF) reviewed it, in case of disagreement. There were no study design restrictions.

Data was collected about the study design and the location, type, and number of drivers and their controls, the type of exposure, and outcomes measured. A narrative synthesis was completed on all the included studies and reported the key points on each of the studied items.

The initial search retrieved 1583 published articles, of which 1542 were excluded based on their titles and abstracts. A full evaluation of 41 papers found 20 articles relating to commercial motorcycles, including cars, buses, and trucks (Table 3, Table 4, Table 5 and Table 6). The 21 non-included papers were excluded on the basis of: nine articles having no comparative group; two papers comparing drivers with/without co-morbidities; eight articles not reporting results for drivers only; one article comparing indoor and outdoor vehicle exposure; and one article comparing air-conditioned vs. open air buses (Figure 1).

Most of the articles (13 of 20) studied bus and commercial motorcycle drivers, while three articles assessed car taxi drivers. The comparison groups varied considerably between studies, such as drivers who were not occupationally exposed to ambient air pollution in the same location, rural/suburban inhabitants, administrative and office workers, policemen, or civil servants. Only two studies used age and gender which matched in the recruitment of the comparative group—one of these recruited the matched population from a rural area different to the working area of the exposed group, and the other recruited the matched comparative group from the same locality.

3.3. Exposure Variables Measured in Studies Included in the Review

Several types of pollutants were measured to characterize the exposure level in the drivers: particle matters; volatile organic compounds (including benzene, toluene, ethyl benzene, and xylene (BTEX)); polycyclic aromatic hydrocarbons (PAHs) (including benzo[a]pyrene (B[a]P)); and gaseous pollutants (SO2, CO, NO). Most of the measurements were performed by using fixed monitoring stations. These fixed stations pre-existed or were set up for the purpose of the studies. Some personal measurements were performed by using urine excretion of PAHs or benzene and by the dosage of carboxyhemoglobin. The measurement duration varied between studies, but 24 to 48 h or one week of exposure measurement duration were most frequently done. Some measurements were also performed before and after work. Two studies were used the job title alone to define the exposure.
Of the 20 studies included in this review, four found no difference in air-pollution exposures between the exposed and control groups. Brucker et al. [14] and Burgaz et al. [15] reported that exposure to carboxyhaemoglobin (almost 2% in the two groups) and 1 hydroxypyrene (0.32 ± 0.25 vs. 0.57 ± 0.36 µmol/mol creatinine, p > 0.05) were not different in a group of taxi drivers and controls. Brucker compared 39 automobile taxi drivers with 21 non-occupationally exposed controls, and Burgaz compared 17 taxi drivers with 23 office workers. Fanou et al. [8] also reported a statistically insignificant difference in 1-hydroxypyrene level among six urban motorcycle taxi drivers and five rural inhabitants. Rossner et al. [24] reported that bus drivers were less exposed to B[a] P (1.3 ± 0.7 vs. 1.8 ± 1.0 mg/m3, p < 0.01) and carcinogenic PAHs (7.1 ± 3.7 vs. 9.4 ± 5.5 mg/m3, p < 0.05) than the controls. The controls were healthy male volunteers spending > 90% of time indoors daily.

3.4. Outcome Variables Measured in Studies Included in the Review

This study was the first systematic review to assess the health risks associated with occupational exposure to ambient air pollution in commercial drivers. Despite the increasing number of people in this particular occupation, we were able to find only a few studies on this topic, especially in LMIC. Most of the articles focused on bus and motorcycle taxi drivers, which represent the main methods of public transport in LMIC, especially in Africa [13]. These methods of transport, especially in African settings, contribute substantially to the level of air pollution in urban cities due to the age of vehicles and fuel quality [27]. Four studies reported that commercial drivers had decreased white blood cell counts [12], increased risks for lung and bladder cancer [26], as well as increased risks of mortality from Hodgkin’s lymphoma, lung cancer [21], and ischemic heart disease [17]. Oxidative DNA damage, DNA adducts and strand breaks, and chromosome aberration that was found in these drivers may help to explain the increased risk of cancer.
However, there was a wide variation in the methods and endpoints of the assessed studies. Seven studies found no significant differences between drivers and controls. Hence, we were unable to definitively conclude that the health effects reported in drivers were fully attributable to occupational exposure to ambient air pollution.
The main methodological weaknesses of the included studies were related to the choice of the comparative study population. In most of the studies, drivers were compared to rural/suburban inhabitants, administrative and office workers, policemen, civil servants, or other drivers in rural areas. As such, the control groups were not always appropriate, as they would also have experienced considerable air pollution exposures—for example, to household air pollution—and the lack of adjustment for such exposures may have contributed to some of the contradictory findings seen between studies.
Four studies failed to demonstrate that drivers were more at risk of exposure than the controls. For three studies [8,14,15], this is possibly due to a lack of statistical power, given their small sample sizes. The fourth study [24] found that controls were more exposed to B [a] P and carcinogenic PAHs than bus drivers. One possible explanation for this is that the use of closed bus-driver cabins with closed windows may have reduced their exposure, hence the small variation in the air pollution exposure due to a specific job activity. The use of a fixed station without a land-use regression model [28] may not, then, adequately characterize individual exposures.
Three of the cross-sectional studies found no difference in respiratory outcomes between drivers and controls [10,11,13]. These contradictory results can be explained by the choice of controls and/or the lack of statistical power, as noted above. The use of convenience sampling for both drivers and controls and a lack of control over confounding variables further explains the contradiction in these studies. The healthy-worker effect commonly found in cross-sectional studies can also explain these results.
Taghizadeh et al. [16] and Bagryantseva et al. [18] also reported no difference in the frequency of the chromosome breaks and DNA damage compared to controls. The genetic polymorphisms of the detoxifying enzymes, their metabolic activation, and their distribution in the population can also explain these contradictory results. These genes act as modulators or effect modifiers. GST and CYP1A1 contributed in the metabolic activation of the detoxification of the carcinogenic PAHs. Avogbe et al. [7] and Petchpoung et al. [23] reported that these genes were not homogeneously distributed in drivers and controls and may not be activated in low air-pollution exposure, especially in low PAH exposure.
There is a need to carry out studies with robust methods to define whether commercial driving is a risky job in relation to the occupational exposure to ambient air pollution. Intermediate health outcomes, such as the genetic polymorphism of GST, GPX, and CYP1A1 may be considered in the assessment of clinical health risks. Although they do seem to modify short-term clinical health risks, their detoxification ability may be altered in the long term. This reduction of their ability may be associated with the health risks (cancer risks, increased mortality) that were reported in the cohort studies among drivers in Denmark, the U.S., and Italy [17,21,26].

In the present study, we were able to find some evidence that occupational exposure to ambient air pollution among commercial drivers is associated with adverse health outcomes, but the existing literature is limited as there are only a few studies available with small sample sizes, methodological weaknesses, and contradictory findings. We recommend that future research should have more robust methods and consider the distribution of genetic polymorphisms. At the same time, there is evidence that exposure to air pollution is harmful to human health with established clean air interventions (including clean air legislation). Alongside further research in this area, we recommend that effective interventions for purifying the air are implemented for all.

This document was supported by the National Institute of Health Research using Official Development Assistance (ODA). The views expressed in this publication are those of the author(s) and not necessarily those of the International Development Research center (IDRC) the National Health System (NHS), the National Institute for Health Research (NIHR), the Department of Health (DOH), the Medical Research Council (MRC), the Pan-African Thoracic Society (PATS), the American Thoracic Society (ATS), or the Aldama Foundation (AF). Mention of any company or product within the document does not contribute endorsement by IDRC, NHS, NIHR, DOH, MRC, ATS, PATS, ATS or AF. 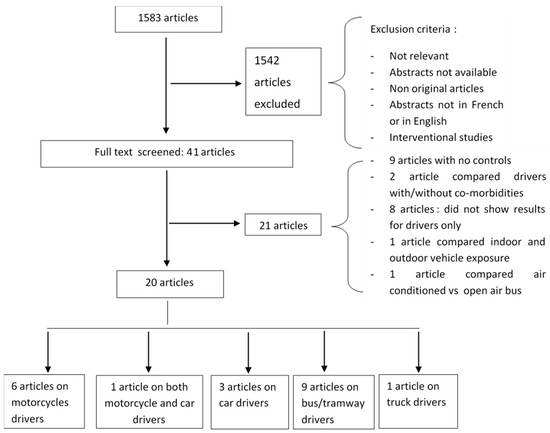 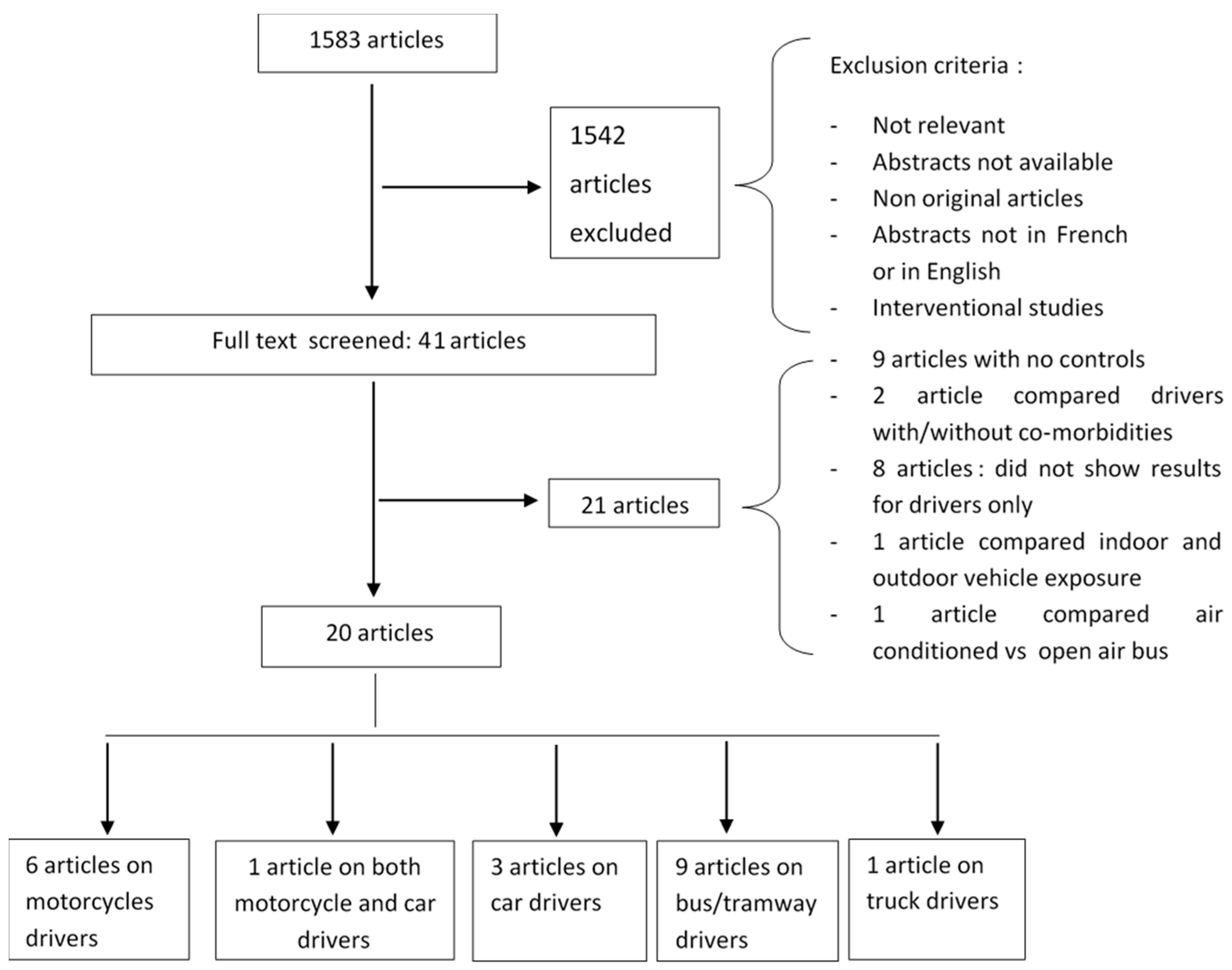