‘Rama and the Worm’ is a shadow puppet production targeting neglected diseases in Central Java. It is an entertainment-based intervention study to promote health by reducing the impact of parasitic diseases such as soil-transmitted helminths (STH). The study uses traditional Javanese shadow puppetry (wayang kulit) as a vehicle in village communities to disseminate health messages and promote behaviour change to prevent diseases caused, primarily, by inadequate sanitation and poor hygiene. The health education messages contained in the play, although using traditional characters and themes, required the creation of a completely new narrative script, using characters and plot lines familiar to the wayang kulit repertoire, but placing them in new situations that relate specifically to health promotion objectives. The intervention was piloted in a village in Central Java, Indonesia using a pre/post design with both qualitative and quantitative analysis. A total of 96 male and female villagers, aged between 7 and 87 years, provided both baseline and follow up data. Participant knowledge and behaviours related to gastrointestinal and helminth-related disease were assessed before and after the intervention through a questionnaire administered by interview. Results revealed statistically significant improvements in both knowledge (48.6% pre-intervention score vs. 62.8% post-intervention score, p < 0.001) and behaviour (77.4% vs. 80.6%, p = 0.004) related to gastrointestinal and helminth disease. Findings of the study indicate the wayang kulit performance is an effective health education tool. The results provide proof of concept with scaling up the next step forward. The wayang kulit production provides a significant additional component for an integrated, comprehensive approach to reduction and elimination of STH infection. View Full-Text
Keywords: soil-transmitted helminths; health promotion; shadow puppetry; knowledge and behaviours; Indonesia soil-transmitted helminths; health promotion; shadow puppetry; knowledge and behaviours; Indonesia
►▼ Show Figures 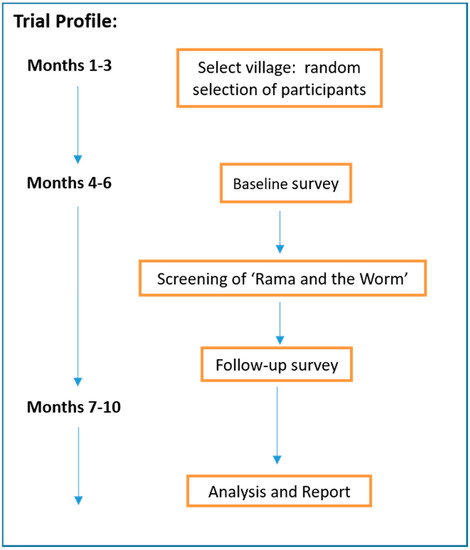