The need to achieve short-term competitive outcomes in sports may influence the emergence of talent selection strategies, which could bias individuals’ opportunities. The present study aimed to further explore the relative age effect (RAE), a phenomenon that strongly influences youth sport development. The RAE refers to a disproportionately high percentage in sport teams of athletes born early in the selection year. Our primary focus was to explore whether the RAE is supported by behavioral evidence in favor of better fitness—and especially cognitive-attentional functioning—of early as compared to late-born players. A cross-sectional study was conducted on 105 young athletes (u10, n = 52; 9.8 ± 0.3 years old, and u12, n = 53; 11.8 ± 0.2 years old) attending two youth elite soccer academies. Attentional functioning, anthropometrics, physical fitness, and game intelligence were compared across two Age Groups (u10 vs. u12) and four Birth Quarters (BQ1–BQ4). The RAE was statistically significant (p < 0.001), showing that about 50% of participants were born in the first quarter and 75% were born in the first half of the year. More importantly, U12 players outperformed u10 players in measures that were related to sustained attention (with faster and less variable responses; p < 0.001 and p < 0.05, respectively), and in all anthropometric measures (p < 0.001), physical-fitness capacities (p < 0.05). Crucially, neither the attentional measures, game intelligence, anthropometrics, nor physical fitness were affected by BQ (all ps > 0.1 and BF10 between 0.08 and 0.6, showing strong evidence for the null hypothesis). The present findings suggest that the early selection process that occurs during scouting in youth soccer academies offsets the age-related differences that could be anticipated in cognitive skills, anthropometrics, and physical abilities, due to growth and maturation. These birth asymmetries could lead teams to disregard later maturation athletes and athletes born later in the year inducing a larger dropout of those players with the consequent reduction in the talent pool. View Full-Text
Keywords: RAE; youth sport talent selection; maturation; attention RAE; youth sport talent selection; maturation; attention
►▼ Show Figures 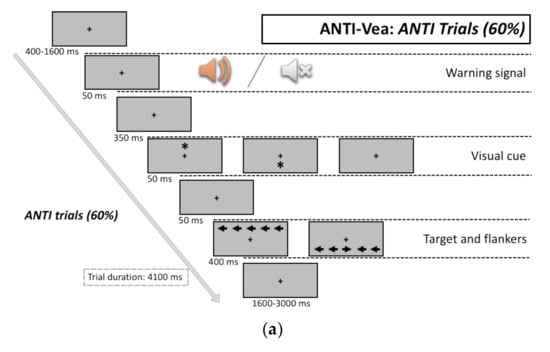