How to Motivate Employees for Sustained Innovation Behavior in Job Stressors? A Cross-Level Analysis of Organizational Innovation Climate
Previous Article in Journal

Bridging the Gap between Affective Well-Being and Organizational Citizenship Behavior: The Role of Work Engagement and Collectivist Orientation

Well-being is an umbrella term for different concepts related to wellness. Well-being has both physical and psychological definitions [15]. Affective well-being or psychological well-being as a prevalent notion in the well-being literature is defined as a state where a person is happy with their life and work. It has often been depicted as representing an individual’s affective state including experiences of more positive emotions and less negative emotions [16,17]. Employee affective or psychological well-being is important to organizations because it has been shown to be positively related to creativity [18] and job performance [7] and negatively related to workplace turnover [6]. In a recent comprehensive book on well-being, David et. al. [15] concluded that a happy worker is a productive worker, but little is known about the relationship between affective well-being and organizational citizenship behavior, an important form of extra-role performance. How and why affective well-being impacts employee organizational citizenship behavior deserves further exploration.
Work engagement is identified as a motivational construct that is characterized by vigor, dedication, and absorption [19]. Vigor is defined as having a high energy level, increased mental resilience, and the willingness to invest effort in one’s work. Dedication is experienced and the individual has a sense of pride, significance, challenge, and enthusiasm at work. Absorption is characterized as being deeply immersed in one’s work whereby time passes quickly, and one finds it difficult to detach oneself from work. Previous research has found that work engagement enables employees to invest their cognitive, physical, and emotional resources to go the extra mile and help the organization to be more productive and efficient [20,21]. Engaged employees immerse themselves more fully into their work and feel a lot more connected to their work.
Collectivist orientation is a well-established cultural construct that has been linked broadly to people’s emotions, motivation, and behavior [22]. At a psychological level, a collectivist orientation is defined as the degree to which individuals hold a general orientation toward group goals, group norms, the well-being of the group and its members, and a tendency toward cooperation in the workgroup [23,24,25]. Scholars have demonstrated that one’s cultural orientation may affect the use or effectiveness of personal resources in the work context; employees with collectivist values are more willing to suppress personal goals for the good of the whole and for contributions made to the effective functioning of the organization [26]. Accordingly, we believe that a collectivist orientation may influence relationships between personal resources and work outcomes.
Organizational citizenship behavior (OCB) is defined by Organ [8] as “individual behavior that is discretionary, not directly or explicitly recognized by the formal reward system, and that in the aggregate promotes the effective functioning of the organization” p. [4]. Organizational citizenship behavior, also known as the “good soldier syndrome”, includes punctuality, helping co-workers, volunteering, as well as the tendency to resist undesirable behaviors such as expressing resentment, cynicism, and carp at others. Organizational citizenship behavior has been explored and researched by scholars for more than two decades and it continues to be a high priority for scholars because it has a positive impact on organizational success through improvement in work effectiveness, job satisfaction, organizational commitment, and leader behavior. A review of the organizational citizenship behavior literature suggests that there are clear relationships between dispositional, attitudinal, motivational, and contextual factors and organizational citizenship behavior [27]. Although this body of work is extensive, the preponderance of research has examined dispositional and attitudinal predictors of organizational citizenship behavior while emotional factors (such as affective well-being) have been largely neglected.

As a theory of motivation, the key proposition of Conservation of Resources (COR) theory is that people are motivated to conserve their current resources and acquire new resources because a loss of resources may bring work stress and burnout. Resources are loosely defined as anything people value, such as objects, states, conditions, and energies [28]. From a COR perspective, employees are confronted with loss or a threat of loss of personal resources when job demands are placed on them. The more resources employees have, the more likely they will use productive work behaviors to gain more resources. Conversely, the less resources employees have, maladaptive coping behaviors will be used to protect current resources.
In the Conservation of Resources theory, affective well-being can act as a key resource. There is evidence that various positive emotional experiences are related to job performance. For instance, Parker et al. found that positive emotional experiences were positively related to creativity [29]. Recent research has proposed the possible role of psychological well-being as a resource capable of assisting employees to better deal with various job demands, while also helping to protect them from further resource depletion [30,31]. Thus, the Conservation of Resources theory offers a theoretical explanation by linking affective well-being with the development of resources for exhibiting long-term positive behaviors.

We collected data from employees in a large telecom company that provides optical fiber communications for customers (e.g., optical networks, broadband data, fiber optic cables) in central China. This company has 11 departments, such as finance, research and development, manufacturing, and so on. To recruit participants, we contacted the organization’s CEO and managers and informed them about our study.
The study commenced in May 2014, and the participants were required to give informed consent. The data was collected at two points in time to reduce common method bias [52] and improve the methodological rigor in testing the causality of our research model [53]. With the assistance of the human resource management department, 588 employees were invited to participate in a two-wave research effort. Before administering any surveys, employees were informed about the objectives of the study by the HR managers. They were assured that their participation was voluntary and that there was no “undue pressure” to participate. A sealed envelope was sent to 588 employees to complete the first survey which measured affective well-being, their collectivist orientation, and demographic information. After 2 weeks, 461 employees had completed the survey, resulting in a response rate of 78.4%.
We conducted the second wave of data collection by administering the second survey three months later. A sealed envelope was again used to distribute the second survey to the 461 employees who participated in the first wave of the survey. Information was collected on work engagement and organizational citizenship behavior. It is worth noting that the number of potentially available employees was reduced to 311 (i.e., retention rate = 67.5% at Time 2) due to voluntary or involuntary turnover from the company. After removing all incomplete, mismatched, and missing cases, the final sample consisted of 264 employees, making the effective return response rate 84.9%. In this final sample, the participants were 27.48 years old on average (SD = 3.96) and had 2.12 years (ranging from 0.5 to 13 years) of organizational tenure. Most participants were male (86%) because the percentage of women in information technology is still small [54]. A majority of the participants graduated from college (76%) or higher than college (20.1%). The analyses were performed using the Statistical Package for Social Sciences version 24.0 (IBM SPSS Statistics 24, SPSS Inc., Chicago, IL, United States) and Mplus 8 (Muthén & Muthén, Los Angeles, CA, USA).

In the beginning, we used Mplus 8.0 to perform confirmatory factor analysis (CFA) to verify the discriminate validity of the four constructs in the study. All factors were allowed to correlate with one another in the confirmatory factor analysis. Results revealed that a four-factor model was well-fitted (χ2 = 695; df = 294; RMSEA= 0.07; SRMR = 0.05; TFL = 0.89; CFI = 0.90). We compared the fit of the hypothesized four-factor model with that of a null model, one three-factor models, one two-factor model and one one-factor model. As shown in Table 1, the four-factor model fitted the data better than the other models, providing evidence of the distinctiveness of the constructs of employee perceived affective well-being, work engagement, organizational citizenship behavior, and collectivist orientation.
As recommended by Bernerth, Cole, Taylor, and Walker [64], we analyzed whether it was necessary to control for three socio-demographic variables. By removing control variables uncorrelated with dependent variables, it is possible to avoid potential spurious effects that controls may have when they are significantly related to the predictor, but not the criterion variables [65,66]. The results showed that gender, organizational tenure, and job type did not significantly predict dependent variables, so we did not control for these three socio-demographic variables when testing the hypotheses.

J.X. conceptualized the study, collected the data, conducted the statistical analysis, interpreted the results, and wrote the first draft of the manuscript. B.X. supervised the study and contributed to the interpretation of the data. B.C. reviewed and edited the manuscript. All authors read and approved the final manuscript.

This study was supported by MOE (Ministry of Education in China) Project of Humanities and Social Sciences, grant number 19YJC630190 and the Fundamental Research Funds for the Central Universities, grant number 1203—413000031/410500077.

The authors declared no conflict of interest. 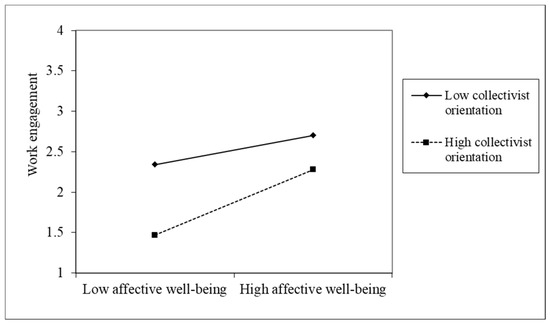 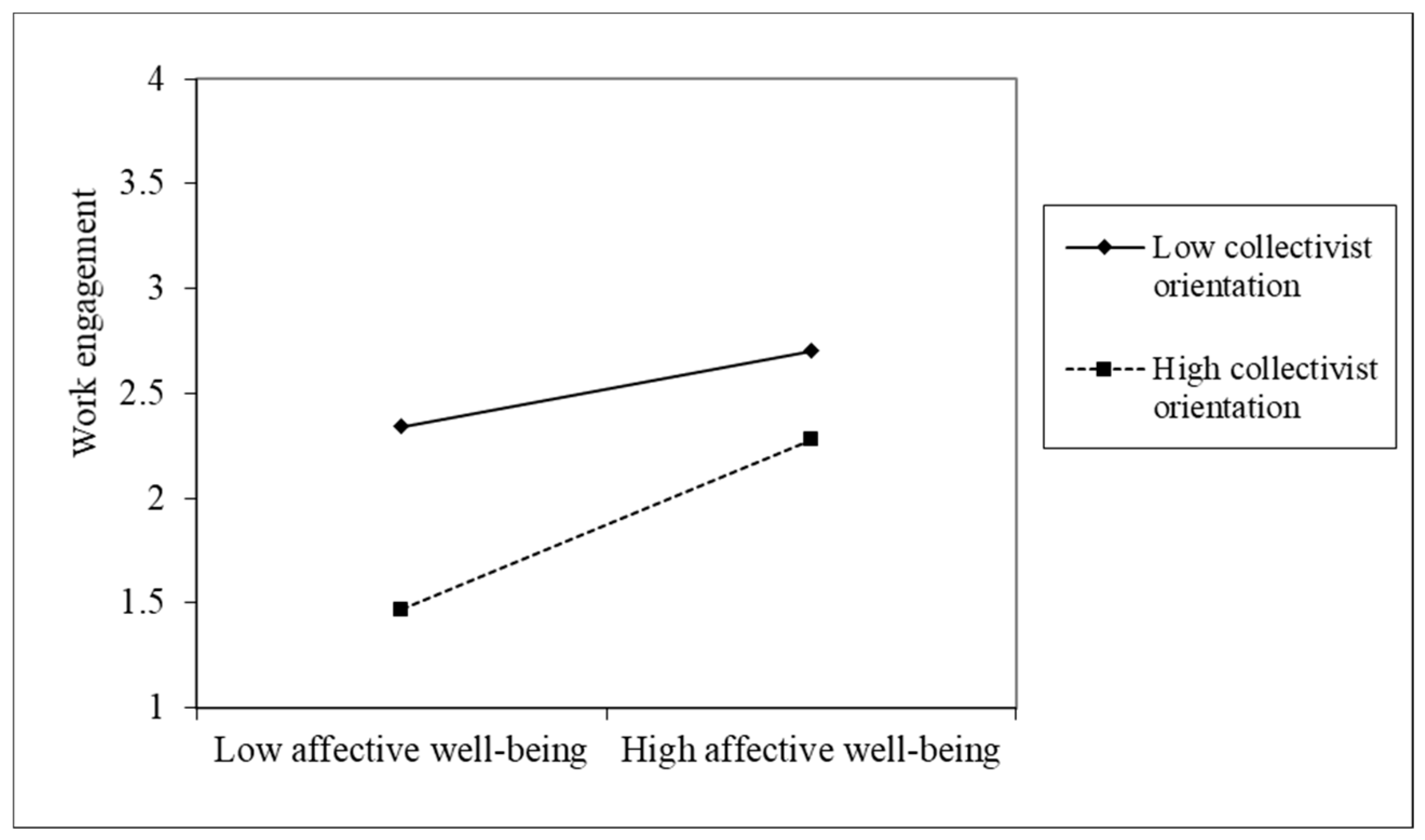 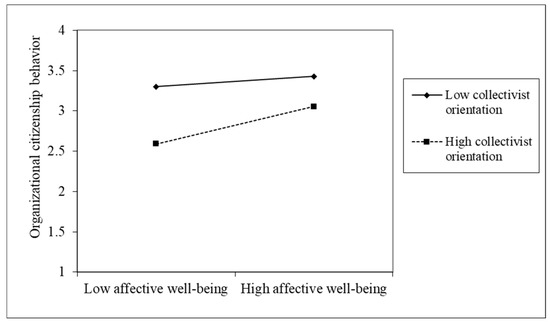 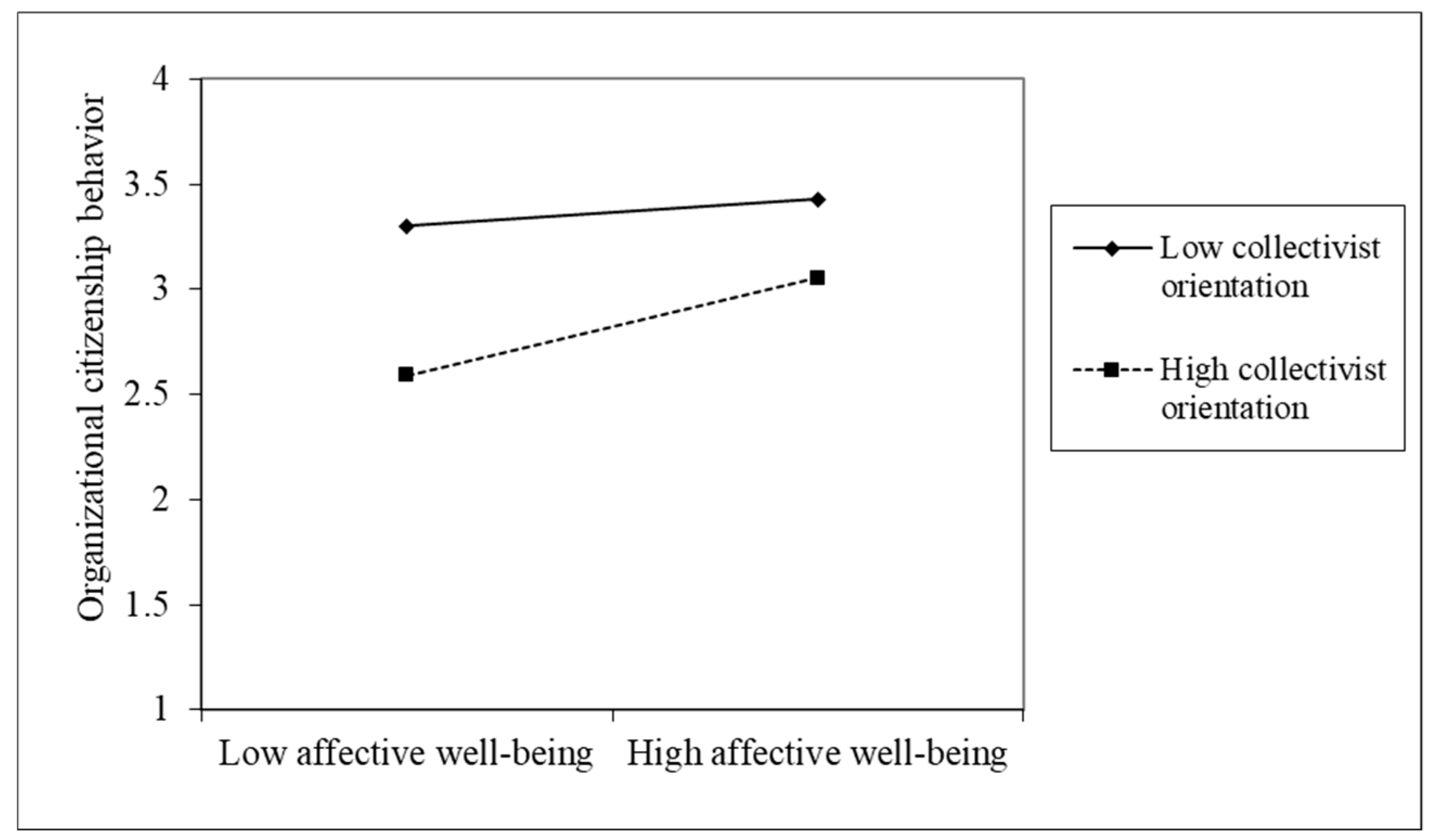 Table 6. The moderation effects of collectivist orientation.
Table 6. The moderation effects of collectivist orientation.
© 2019 by the authors. Licensee MDPI, Basel, Switzerland. This article is an open access article distributed under the terms and conditions of the Creative Commons Attribution (CC BY) license (http://creativecommons.org/licenses/by/4.0/).
We use cookies on our website to ensure you get the best experience. Read more about our cookies here.
Accept
We have just recently launched a new version of our website. Help us to further improve by taking part in this short 5 minute survey here. here.
Never show this again