Age and Sex Differences in the Use of Emergency Telephone Consultation Services in Saitama, Japan: A Population-Based Observational Study
Previous Article in Special Issue

Breastfeeding and the Risk of Infant Illness in Asia: A Review

Infancy remains the most vulnerable period of human life for death, illness, and establishing a lifetime trajectory of growth and health. It is estimated that there are 5.3 million deaths under five years of age worldwide and approximately 800,000 lives could be saved by improving breastfeeding rates and duration. In Asia, an estimated 300,000–350,000 child deaths could be prevented with optimal breastfeeding and the majority would be under 12 months of age. We present a systematic review of studies of infection and breastfeeding in infants in Asia and further review interactions of selected infectious diseases and breastfeeding. Initially, 2459 records of possible interest were identified, 153 full text papers were reviewed in detail, and 13 papers describing diarrhoeal disease and/or acute respiratory tract infection were selected for inclusion in the review. Additional papers were selected to discuss specific diseases and their relationship to breastfeeding. The review found that a variety of methods were used with differing definitions of breastfeeding and diseases. Overall, breastfeeding when compared to the use of infant formula, is associated with significantly lower rates of diarrhoeal disease and lower respiratory tract infection, with a reduction of 50% or more to be expected, especially in infants under six months of age. The relationship between breastfeeding and specific diseases including measles and HTLV1 were reviewed. Breastfeeding reduces some disease rates, but there remain a few conditions where breastfeeding may be contra-indicated. View Full-Text
Keywords: breastfeeding; infection; Asia; review breastfeeding; infection; Asia; review
►▼ Show Figures 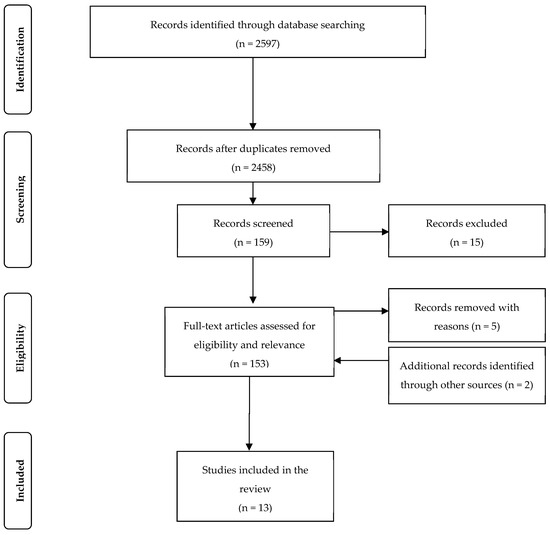