Gender Differences in Cognitive Impairment among Rural Elderly in China 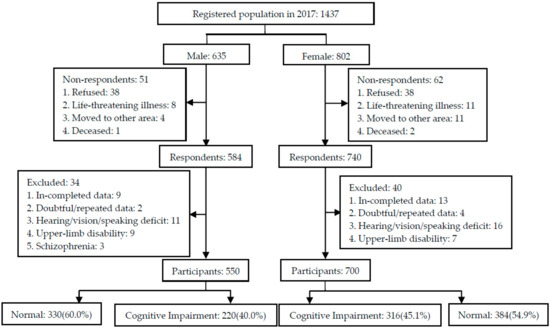