This study was approved by the Institutional Review Board of St. Gallen, Switzerland, with a waiver of the requirement for informed consent of the participants as the study involved the analysis of publicly available data (EKSG 01-06-2010).

All statistical procedures were carried out using the Statistical Package for the Social Sciences (SPSS version 26. IBM, NY, USA) and GraphPad Prism (version 8.4.2. GraphPad Software LLC, CA, USA). Based on lap time, the coefficient of variance (CV) in lap times was calculated for each participant as CV = (standard deviation/mean) × 100. Lap times and CV were the dependent variables, whereas sex, age group, stroke and distance were defined as independent variables. The Shapiro–Wilk and Levene’s tests were applied for normality and homogeneity, respectively. General linear models were applied with Distance × Sex × Age group × Stroke as factors. Sex was always included as fixed factor while all other variables were analyzed as random factors. When interactions were found (p < 0.05), pairwise comparisons were applied to identify the differences more accurately. The hypothesis of sphericity was verified by Mauchly test, and when violated, the degrees of freedom were corrected by the Greenhouse–Geisser estimates. The level of significance utilized was p ≤ 0.05.
A positive pacing strategy is observed when the speed gradually declines throughout the duration of the event whereas a negative pacing strategy is observed when there is an increase in speed over the duration of the event. In an all-out pacing strategy, speed tends to gradually decrease, possibly resulting in suboptimal performance times after an athlete has reached peak velocity [10]. 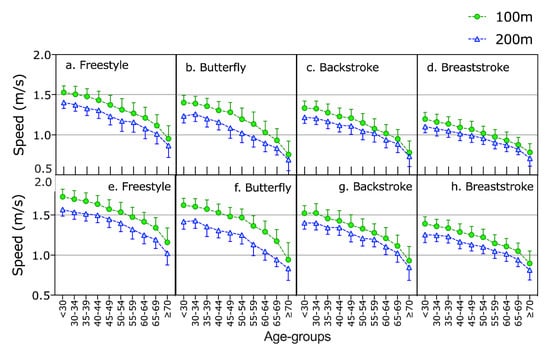 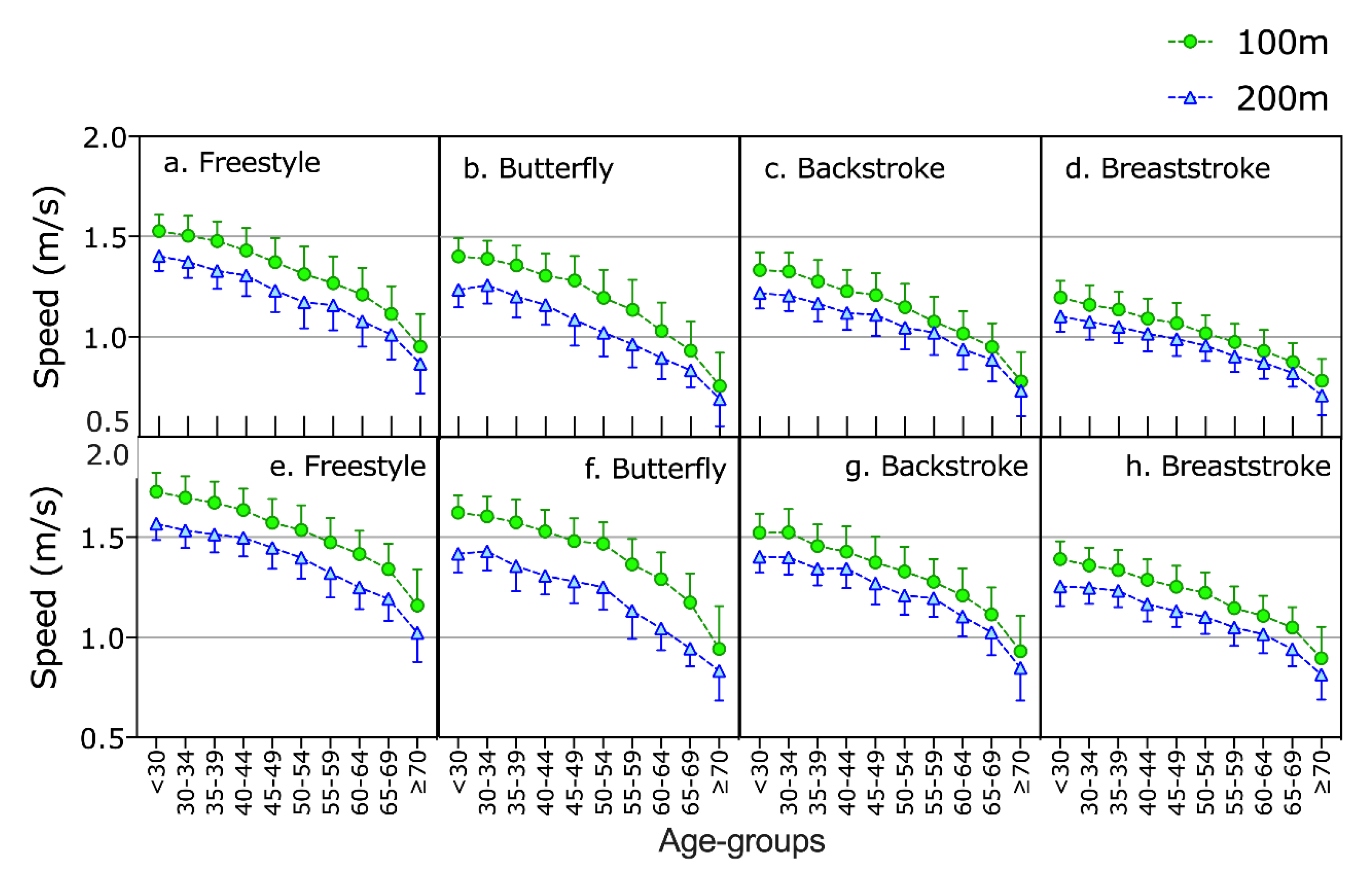 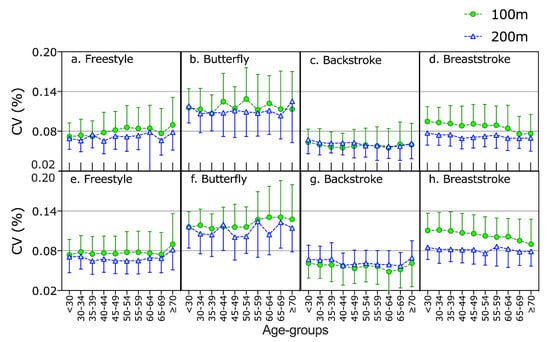 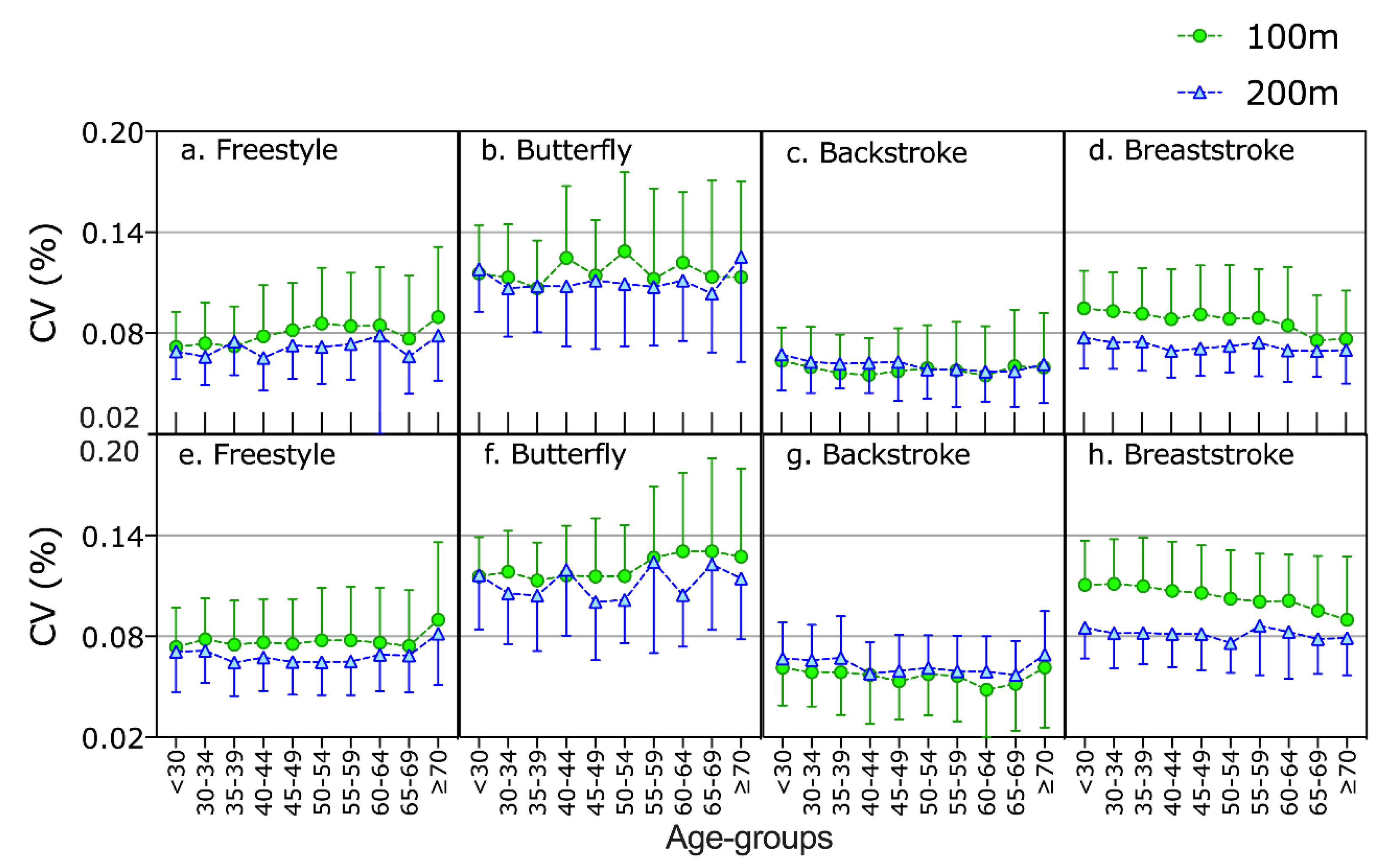 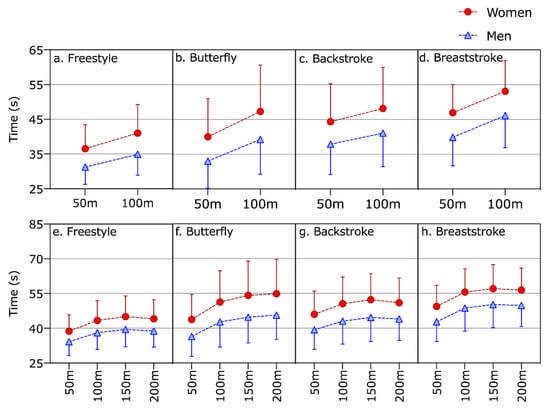