Stress Measured by Allostatic Load Varies by Reason for Immigration, Age at Immigration, and Number of Children: The Africans in America Study
Next Article in Special Issue

Increase in Video Consultations During the COVID-19 Pandemic: Healthcare Professionals’ Perceptions about Their Implementation and Adequate Management
Previous Article in Journal

Nurses often work irregular shifts and bear high physical and psychological job demands that may, in turn, jeopardize their health status. Specifically, shift work may cause a variety of physical and mental health problems [1]. The deterioration of nurses’ health status could not only lead to a decline in their quality of life but could also affect the quality of care provided by them [2]. In addition, health problems may affect nurses’ turnover, which is a serious issue worldwide [3]. The high turnover rate of nurses has led to an increase in both direct and indirect costs in the health system and could further protract the shortage of nurses that has lasted for the past several years [4]. A recent survey of Korean nurses reported that about 10% of shift work nurses cited health problems as their main reason for resigning [5].
Prior studies also show that nurses complained of two or more health problems simultaneously, which may be interrelated [2,6,7,8]. Musculoskeletal pain in nurses has been reported in many studies [9,10], and poor dietary habits due to irregular shift work were reported to cause gastrointestinal disorders [11,12]. Sleep disturbance, which is most frequently reported in studies of shift nurses, could lead to mood disorders, such as depression, both of which lead to chronic fatigue [13,14,15]. Although nurses experience various health problems, there is relatively little research on the relationships between complex health problems in nurses [2]. Moreover, few studies have investigated the relationship between concomitant health problems and turnover intention.
Because the burden may vary depending on the number and the kind of health problems shift work nurses have [16], it may be important to identify specific comorbidity patterns of nurses’ health problems through clustering and determine which clusters most affect turnover intention, where a cluster-that is, a comorbid pattern of health problems—can be defined as a group of concurrent or related health problems that can be distinguished from other clusters [17].
Therefore, the purpose of this study was to first characterize shift work nurses’ health problems. We then determined the pattern of symptom modalities by clustering the health problems through the hierarchical clustering method. Lastly, we identified the impact of health problem clusters on turnover intention.

This cross-sectional study was part of the Shift Work Nurses’ Health and Turnover (SWNHT) study, which is a prospective cohort study designed to investigate the longitudinal relationships between shift work nurses’ health and turnover. It was supported by the National Research Foundation of Korea (NRF) grant funded by the Korea Ministry of Science and Information and Communications Technologies and approved by the Institutional Review Board (IRB) at two tertiary hospitals in Seoul, South Korea. Data collection was performed from March 2018 until April 2020. In the SWNHT study, we recruited 594 female nurses (294 novice nurses who had no exposure to rotating shift work, and 300 nurses with exposure to 8-hour rotating work, including night shifts, for at least 1 month) (Figure 1). Because health problems can vary according to sex [18,19] and the SWNHT study included a survey of nurses’ menstrual and gynecological symptoms, the SWNHT study was limited to female nurses. Data were collected three times for novice nurses: before exposure to shift work (novice registered nurse (NRN) T0, n = 294), after six months of work (NRN T1, n = 204), and 12 months after T1 (NRN T2, n = 204). For experienced registered nurses, data were collected twice: baseline (experienced registered nurse (ERN) T1, n = 300) and 12 months after T1 (ERN T2, n = 269; see details in Section 2.2. Data Collection).
In this study, we used data collected from October 2018 to January 2019 (NRN T1, n = 204) and from March 2018 to May 2018 (ERN T1, n = 300) to analyze the association between health problems and turnover intention among shift work nurses. In this analysis, we defined shift work as a combination of day, evening, and night shifts; therefore, we excluded four nurses, including three nurses who worked only daytime hours and one nurse who worked from midday to 8 p.m.

The primary purpose of the SWNHT study was to investigate health problems, presenteeism, and turnover intention in shift work nurses. To enroll novice nurses without shift work experience, we distributed and collected survey envelope packages that included survey instructions, consent forms, and a questionnaire on the third day of their work orientation before ward placement. To enroll experienced shift work nurses, we attached a recruitment notice to the ward bulletin boards, and nurses who wished to participate in the study voluntarily contacted the research team. We maximized voluntary participation by protecting confidentiality, ensuring anonymity, and no hospital-associated researchers took part in the data collection process. We collected the follow-up data through an online survey program; their response rates were 69.4% (NRN T1, NRN T2) and 89.7% (ERN T1). The SWNHT study questionnaire included questions regarding general and job-related characteristics, health-related variables (e.g., dietary habits, menstrual symptoms, exposure to blood and body fluid, sleep, fatigue, depression, physical activity, etc.), occupational stress, presenteeism, and turnover intention. To objectively verify the sleep scale data, we also obtained actigraphy data from the subjects who consented to wear the actigraphy.

We measured turnover intention since it is the most predictive measure of actual turnover [20]. In a longitudinal study in Europe, nurses who had turnover intentions were more likely to leave their jobs [21]. In this study, the subjects were asked to choose one of four options (strongly agree, agree, disagree, or strongly disagree) to answer the question: “I plan on staying for the next year” [22].

To assess the quality of sleep, we used the Korean version of the Insomnia Severity Index (ISI), which was developed by Morin and translated by the Korean Sleep Research Society. The insomnia severity scale consists of seven questions related to sleep disorders measured on a 5-point scale (0–4 points) for each item. The score ranges from 0 to 28; higher scores indicate a lower quality of sleep. A score above 10 indicates sleep disturbance [28]. The Cronbach’s alpha value of the Korean version of ISI was 0.928 in our study.

Fatigue was measured using the Fatigue Severity Scale (FSS). The FSS consists of nine questions about the degree of fatigue during the past week and is scored from 1 (strongly disagree) to 7 (strongly agree). A higher average score indicates higher fatigue. The criterion for fatigue is more than four points on average [29]. The Cronbach’s alpha value of the FSS was 0.917 in our study.

All analyses were performed using SAS version 9.4 (SAS Institute Inc., Cary, NC, USA) and R Project for Statistical Computing software version 3.4.4 (CRAN, Soule, Korea). We confirmed that there were no missing data. The descriptive statistics (frequency, percentage, mean, and standard deviation) for the demographic characteristics were analyzed. Pearson’s chi-squared test, Fisher’s exact test, and an analysis of variance were used to identify general characteristics associated with turnover intention. Hierarchical clustering was used to group the health problems reported by participants. Hierarchical clustering is a statistical method for grouping objects or variables according to the similarity between clusters using a bottom-up approach. In the field of nursing, this technique has been used mainly for symptom clustering of cancer patients; however, it has recently become more widely used in various studies [31]. The method used for measuring the distance between variables was the squared Euclidean distance and the linkage method used for measuring the distance between clusters was the average linkage. The number of final clusters is usually determined by the researchers by taking into account clinical suitability [32]. Multiple ordinal logistic regressions that included covariates, such as education, marital status, having children, body mass index (kg/m2), work unit, months of shift work experience, and the number of night shifts per month, was used to investigate the association of single health problems and clusters of health problems with turnover intention. The four categories of “strongly agree,” “agree,” “disagree,” and “strongly disagree” used for the turnover intention variable satisfied the proportional odds assumption at p > 0.050 with the covariates and variables of interest.

This study was approved by the Institutional Review Board (IRB) at Seoul National University Hospital (IRB No. H-1712-094-907) and the Samsung Medical center (IRB No. 2017-12-075-002). After agreeing to participate in the study, all nurse participants signed a consent form and completed the baseline questionnaire.

3.2. Prevalence and Association between Single Health Problems and Turnover Intention

3.4. Prevalence and Association between Clusters of Health Problems and Turnover Intention

As a result of our multiple ordinal logistic regression analyses, only the neuropsychological cluster (depression, sleep disturbance, and fatigue) was found to be significantly related to turnover intention. In the neuropsychological cluster, if the participant had only one health problem, it did not relate to turnover intention. If the participant experienced two (OR = 3.35, 95% CI = 1.90–5.92) or three (OR = 5.73, 95% CI = 3.17–10.33) health problems in the cluster simultaneously, the odds ratio of the turnover intention increased linearly, which was statistically significant (F = 5.84, p < 0.001; Table 3).

This work was supported by the National Research Foundation of Korea (NRF) grant funded by the Korea Ministry of Science and ICT (No. NRF-2017R1A2B2002652). 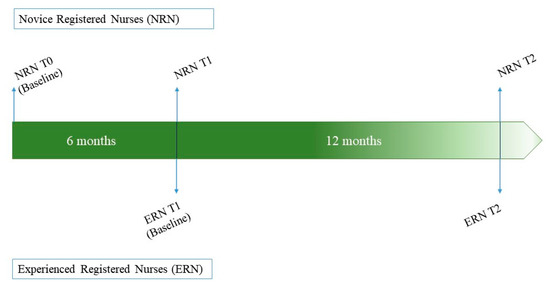 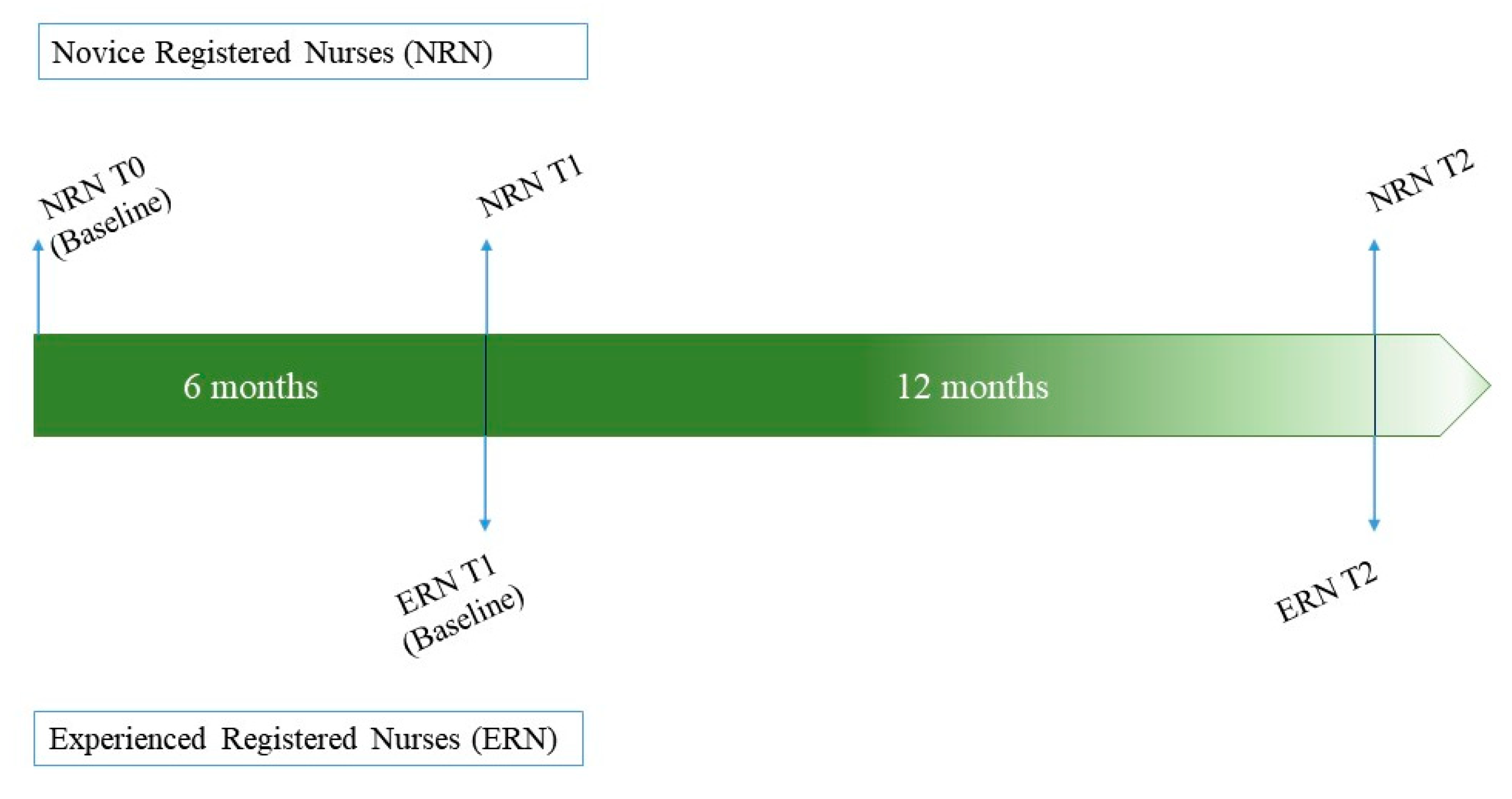 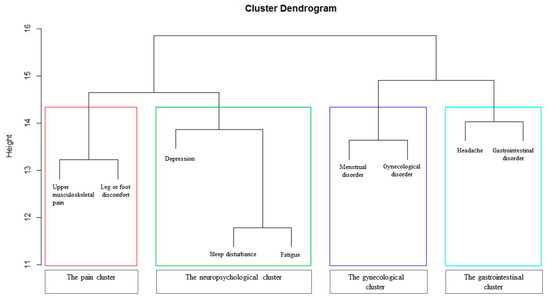 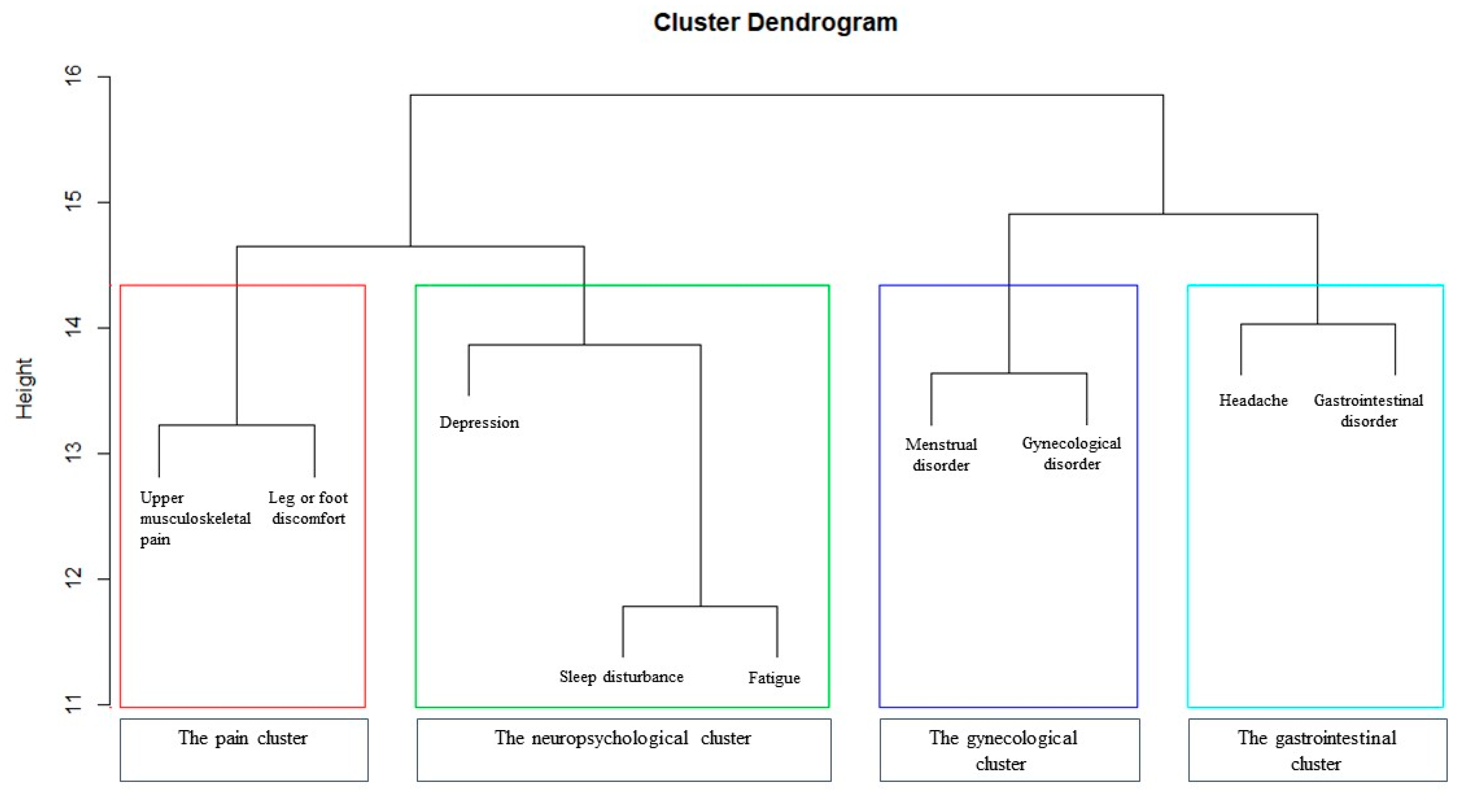