2.2. The Mediating Role of Self-Concept

2.3. The Moderating Role of LMX

A cross-areas survey was conducted among university teachers in China in various provinces (e.g., Guangdong, Hunan, and Sichuan). We recruited survey participants though acquaintance social networks. We explained our research purpose and the anonymity of the survey, and we collected the data though the “Questionnaire Star” (a professional online questionnaire platform). The time-lagged design was used to reduce the potential common method bias. Specifically, the servant leadership, LMX, and demographic variables were assessed at Time 1. Two weeks later, PIS, OBSE, and innovative behavior were measured at Time 2. In total, 300 questionnaires were distributed via a survey link to participants, and we received 269 valid questionnaires.
Among the valid samples, 48.7% were female and 51.3% were male. Among them, 9.7% were 30 years old or younger, 39.8% were 31–40, 40.5% were 41–50, and 10.0% were 51 or older. In terms of education, 12.6% had a bachelor’s degree, 46.5% had a master’s degree, and 40.9% had a doctoral degree. Regarding academic title, 47.2% were lecturers, 38.7% were associate professors, and 14.1% were professors. Regarding work experience, 39.8% had within 10 years’ experience, 46.9% had 11–20 years, and 13.4% had more than 20 years. In addition, 48.4% were from key universities and 51.6% were from average universities.

All measurement items were selected from established scales. We made minor modifications to ensure that all items that are applicable to our research context. All variables were measured on a seven-point Likert scale, except for the demographic variables, ranging from 1 (‘‘strongly disagree’’) to 7 (‘‘strongly agree’’).

The 15-item scale validated by Sun and Wang [68] based on the earlier work of Barbuto and Wheeler [69] was used to measure servant leadership. A sample item is “my leader does everything he/she can to serve me”. The Cronbach’s alpha was 0.95.

This construct was assessed using Stamper and Masterson’s [51] 6-item scale. A sample item is “I feel very much a part of my work organization”. The Cronbach’s was alpha 0.90.

This variable was measured on a 10-item scale developed by Pierce et al. [53]. A sample item is “I can make a difference in my work organization”. The Cronbach’s alpha was 0.83.

This variable was assessed using Graen and UhI-Bien’s [62] 7-item scale. A sample item is “my supervisor recognizes my potential”. The Cronbach’s alpha was 0.88.

Previous studies showed that innovative behavior was affected by social-demographic variables [44,59]. Thus, participants’ gender, age, education, and title were controlled in this study. Gender was dummy-coded as 1 for “male” and 2 for “female”. Age had four categories: 30 or under, 31–40, 41–50, 51 or older. Education had three categories: bachelor’s degree, master’s degree, and doctoral degree. Title had three categories: lecturers, associate professors, and professors.

Although a time-lagged design was used to minimize the CVM, the collected data was self-reported and single-sourced, which may result in single-source bias [70]. To assess the CVM, we conducted a Harman’s single-factor test by loading all the items of the constructs into an exploratory factor analysis [71]. The results revealed that no single factor explained more than 37.38% of the covariance among the variables, indicating that the CMV was within the acceptable range.

SPSS 23.0 statistical software was used to test the reliability and validity of the data. The results in Table 1 show that the Cronbach’s alpha coefficients of the scales of servant leadership, PIS, OBSE, innovation behavior, and LMX were 0.95, 0.90, 0.83, 0.94, and 0.88, respectively. All Cronbach’s alpha coefficients were greater than 0.8, suggesting that the internal consistency of each variable is good. We examined the validity of the data through exploratory factor analysis. The KMO values of each variable were 0.92, 0.84, 0.77, 0.90, and 0.83, respectively. The cumulative variance contribution rates were 76.303%, 67.78%, 69.34%, 76.93%, and 59.19%, respectively. These results indicate that the data have good reliability and validity.

Several practical implications can be derived from research findings. First, this study confirms that servant leadership is effective to foster university teachers’ innovative behavior. Managers should focus on followers’ growth and make them understand their value to the organization, which can motivate their innovative behavior. Accordingly, organizations should recruit or cultivate leaders who demonstrate the qualities of servant leadership. Secondly, the mediating role of the self-concept constructs in this study suggests that organizations should sensitize managers to the effect of their managerial practices on the self-concept of university teachers; that is, leadership training programs should include approaches and strategies that can enhance university teachers’ self-concept. Finally, the moderating influence of LMX has implications for enhancing the effectiveness of servant leadership. To make servant leadership more effective, managers should identify relational factors that would influence the effectiveness of servant leadership. Managers should establish good interpersonal relationships with their followers by being considerate of their work or personal lives.

Several limitations in this study should be acknowledged. First, although a time-lagged design was used to minimize the CVM, cause–effect relations cannot be established for all paths in our model. A longitudinal research design can be adopted for establishing the direction of causality. Secondly, the collected data were self-reported and single-sourced, which may result in single-source bias [71]. To avoid self-report bias, information about innovative behavior can be collected from other sources, such as leaders or supervisors, in future studies. Last but not least, this study is limited to university teachers in China, which is a constraint on the generalizability of the findings. Investigating whether the results will be similar in other organizational or cultural settings is necessary.

This research was funded by the Humanities and Social Sciences Foundation of China’s Ministry of Education (16YJAZH001), and the Innovation and Strengthening University Project of Guangdong Pharmaceutical University (2018WTSCX053).

The authors would like to thank all the anonymous participants in this study.

Innovation is a process involving both the generation and implementation of ideas. As such, it requires a wide variety of specific behaviors on the part of individuals. While some people might be expected to exhibit all the behaviors involved in innovation, others may exhibit only one or a few types of behavior. The innovative behavior items are as follows:

(1)
I often search out new technologies, processes, techniques, and/or product ideas.
(2)
I often generate creative ideas in my work.
(3)
I often promote and champion ideas to others.
(4)
I am willing to investigate and secure the funds needed to implement new ideas.
(5)
I often develop adequate plans and schedules for the implementation of new ideas.
(6)
I am innovative. 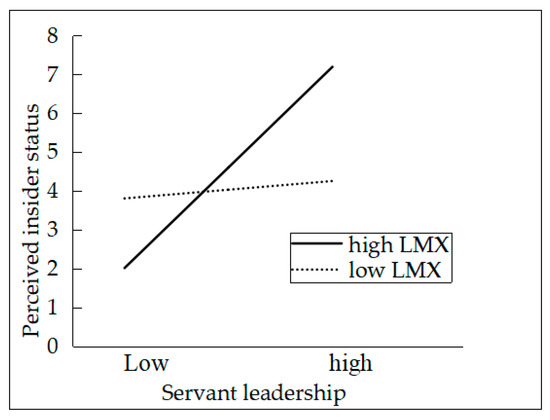 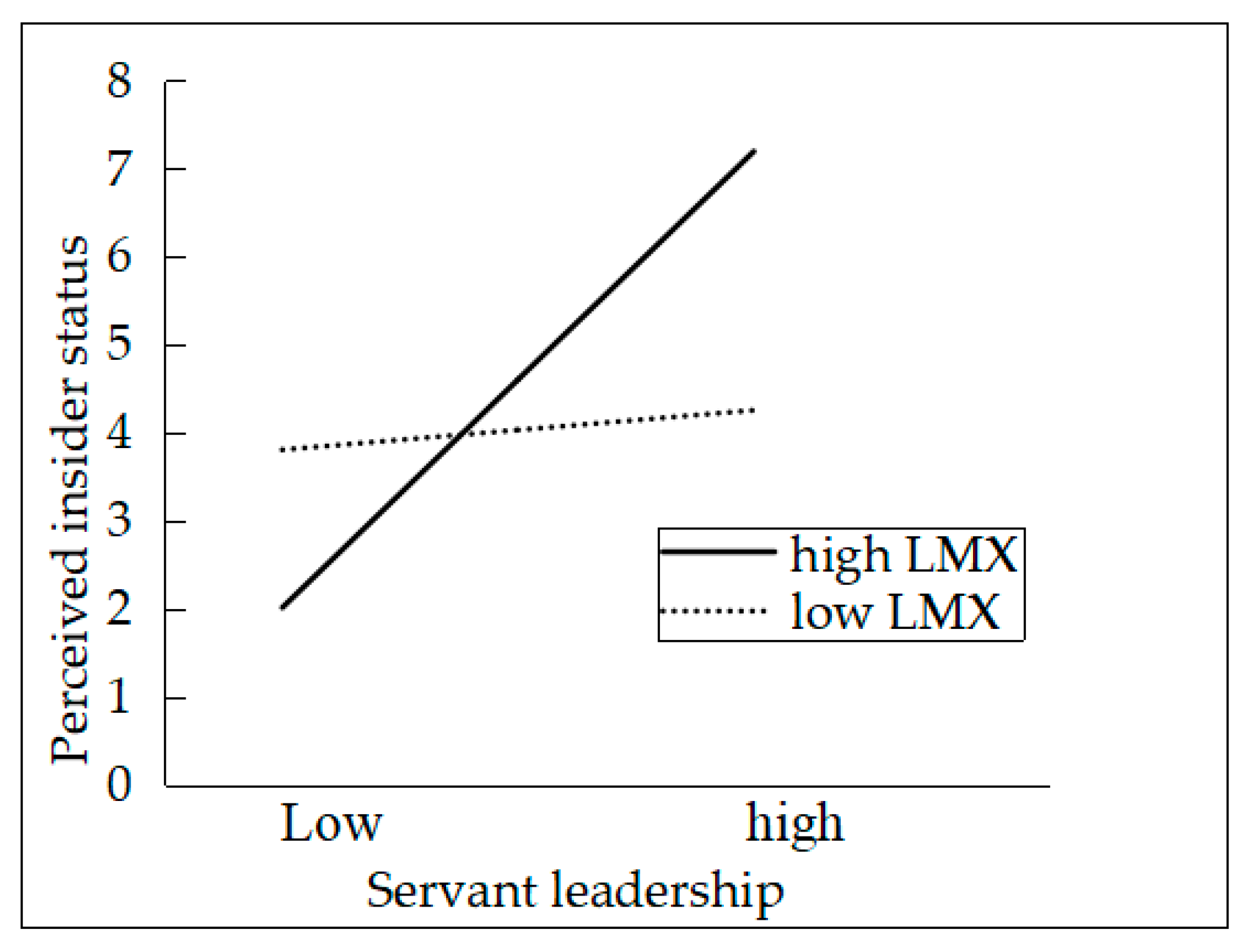 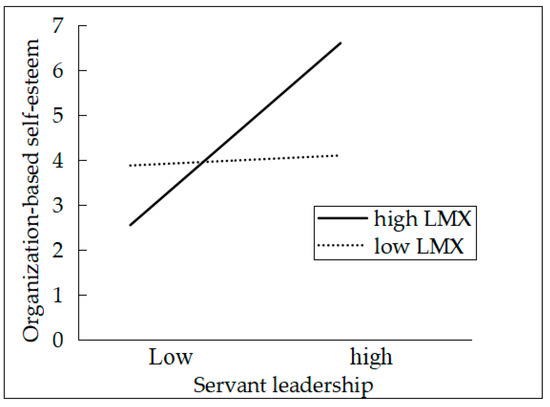 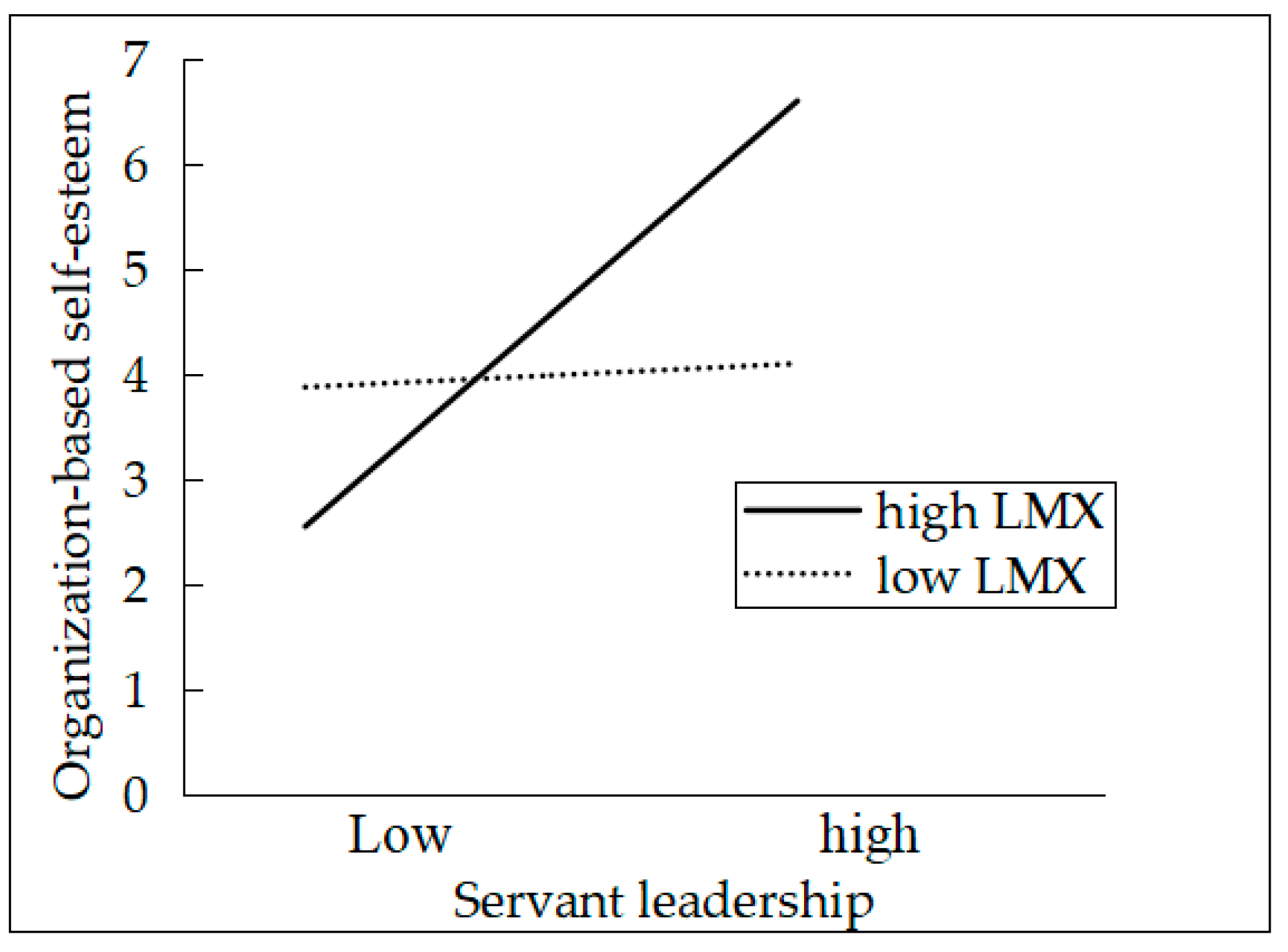 Table 3. Bootstrapping analysis results of the moderated mediation.
Table 3. Bootstrapping analysis results of the moderated mediation.
Notes: Resampling times = 5000. ** p < 0.01.
© 2020 by the authors. Licensee MDPI, Basel, Switzerland. This article is an open access article distributed under the terms and conditions of the Creative Commons Attribution (CC BY) license (http://creativecommons.org/licenses/by/4.0/).
We use cookies on our website to ensure you get the best experience. Read more about our cookies here.
Accept
We have just recently launched a new version of our website. Help us to further improve by taking part in this short 5 minute survey here. here.
Never show this again