Healthcare at Your Fingertips: The Acceptance and Adoption of Mobile Medical Treatment Services among Chinese Users
Previous Article in Journal

The Effect of Age, Gender, and Job on Skin Conductance Response among Smartphone Users Who are Prohibited from Using Their Smartphone

Posture can be defined as the ability to maintain a correct relationship between the different body segments within the limits of stability in relation to environment and activities [1]. An adequate posture maintains a correct body scheme with minimal effort, allowing for balance in the musculoskeletal system [2]. Appropriate craniocervical posture occurs when the head is slightly anterior to the cervical spine so that the earlobe and the shoulder can be joined by a vertical line [3]. In physiotherapy, many assessment tests are performed in a standing position because it does not require excessive effort [4].
Cervical pain is a frequent cause of medical consultation. It is estimated that more than half of the world’s population suffers from cervicalgia at some time in their life [5]. Cervical pain is related to posture and poor body alignment at that position [6,7]. Forward head posture (FHP) is one of the most common postural disorders of the cervical spine [8]. In this posture, there is extension of the upper cervical vertebrae and flexion of the lower ones [9]. This poor alignment is associated with the increased use of electronic devices, among other causes, such as long periods of study in school-aged children or sedentary office work in adults [10].
Disorders at the cervical level, such as FHP, can cause multiple problems, including neck pain and disability. Therefore, analyzing cervical posture and detecting postural disorders are important to determine their correlation with pain or dysfunction and to determine if there are changes after therapeutic interventions in craniocervical positioning [11,12].
Classically, cervical posture has been evaluated by measuring three angles: The craniovertebral angle (CV), the cervical inclination angle, and the inclination angle of the head. The CV angle is the best indicator of FHP [6]. To determine this angle, two references are defined: One line that runs from the swallow of the ear to seventh cervical vertebra (C7) and another horizontal line parallel to the ground that passes only through the spinous apophysis of C7 [6]. An angle less than 50°–53° may indicate FHP [2,6,13]. Thereby, the smaller the CV angle, the greater the disability [14].
CV angle is the most reliable and valid indicator of FHP [15]. However, there is currently no standard method for its measurement. One of the most extensive methods involves the use of a photogrammetry system and the subsequent analysis of the photograph from a sagittal plane using postural evaluation software [6]. This method has many advantages, as it is relatively fast, the image and values obtained are easily preserved, and it is more precise and reliable than visual evaluation alone [15]. Therefore, photogrammetry is considered the ‘gold standard’ for assessing head position [16,17]. A camera and even mobile application [16] can be used for registration.
Mobile applications have become a good alternative to photogrammetry systems because they simplify the process by streamlining image acquisition and data analysis and reducing costs. This study aimed to examine the psychometric properties of the FHP mobile application (FHPapp) in terms of its validity, intra- and inter-rater reliability, minimum detectable change, sensitivity, and specificity in measuring the CV angle.

A total of 44 voluntary subjects from the University of Alcalá (Alcalá de Henares, Spain) were recruited by the nonprobabilistic sampling of consecutive cases. Study subjects were between 18 and 65 years old with or without cervical pain, with no history of a whiplash injury or cervical spine arthrodesis, and did not suffer from tinnitus, vertigo, dizziness, or feelings of instability during the study.
Every participant provided their age, weight (body mass index (BMI) was calculated), presence and neck pain intensity (quantified using the visual analogue scale (VAS)), regular practice of exercise, and hours of exercise per week.
The data was anonymized and the ethical guidelines for clinical research in humans outlined in the Helsinki Declaration (and subsequent revisions) were followed [18]. This study was approved by the “Comité de Ética de Investigación y Experimentación Animal” (Ethical Research and Animal Experimentation Committee) of the Universidad de Alcalá (CEIM/HU/2018/33). All participants were provided with an information sheet and an informed consent sheet prior to the start of the measurements.

FHPapp (Pyeongtaek, South Korea) has been available since 2016 and its objective is to determine the cervical posture by measuring the CV angle. It is an application that requires an Android version 4.0 or higher installed on a smartphone. It currently has 50,000–100,000 downloads.
This application allows users to measure the CV angle from a sideview photograph. The application also describes four phases of head positioning and provides an unvalidated questionnaire to establish the diagnosis of head anteriorization.

In this study, the CV angle was evaluated with FHPapp on a Xiaomi® MiA2 (Beijing, China) and with a Canon® EDS100D camera (Tokyo, Japan). The images were subsequently analyzed using the free Kinovea® software.
The following evaluation protocol was established: Two markers were placed on the ground separated by 1.5 m, where the camera or smartphone and the subject were located. Reference markers were placed on the spinous process of C7 and in the swallow of the subjects’ ears, which were identified through palpitation. The subject was placed on the floor mark, barefoot and standing, lateral to the evaluator. At this point, two evaluators took photographs in two sessions. The evaluators were experienced and trained physiotherapists.
In the first session, the first evaluator took a picture with a smartphone and then with a camera. Then, the second evaluator performed the same sequence. This was repeated for all participants. The measurement order of the subjects was random. The second measurement was performed one week later using the same protocol.
Once the images were obtained, the smartphone image was introduced in FHPapp to obtain the CV angle. The application provides the complement to the CV angle, thus making further calculation necessary. To determine the CV angle, it is necessary to subtract the angle provided by the application from 360°. The image obtained with the camera was uploaded onto an Asis® laptop for analysis with the Kinovea software. This program has the advantage of directly providing the CV angle without the need for additional calculation.
Once the CV angle was obtained, all measures—the ones obtained in the analysis with Kinovea® and the ones calculated with the FHPapp—were classified attending to the presence or not of FHP. The presence of FHP (FHP group) was determined by an angle value lower than 50°, and the absence of FHP (no-FHP group) if the angle value was greater than or equal to 50° [6,15].

The SPSS program version 25.0 (IBM, Chicago, IL, USA) for Windows was used to perform the statistical analyses. For descriptive variables and those corresponding to the CV angle, a descriptive frequency analysis was performed. From the rest of the variables, the mean was presented with its 95% confidence interval (CI) limits and standard deviation (SD).
The Interclass Correlation Coefficient (ICC) calculation was used with a 95% CI accompanied by the standard error of the mean (SEM) SEM = SD and its graphical representation in the Bland and Altman diagrams to study intra-observer reliability (facing the measurements made with application by an observer in the first and second session), inter-observer reliability (facing the measures of the first and second session with application of the different observers), and the criterion validity (facing measurements made with FHPapp and photogrammetry in the different sessions) [19]. These measurements were accompanied by the minimum detectable change (MDC) with the formula MDC = 1.96 [20]. ICC values between 0.50 and 0.69 were considered “moderate,” from 0.70 to 0.89 “high,” and above 0.90 “excellent” [19].
For the study of the sensitivity and specificity of the application as evidence indicating the presence of FHP, a receiver operating characteristic (ROC) curve and a contingency table were used, using photogrammetry with Kinovea® software as a gold standard [11,17]. Accuracy was assessed using the area under the curve (AUC). Values from 0.50 to 0.70 indicate low precision, 0.70 to 0.90 moderate precision, and higher than 0.90 high precision [21].
The sample size was calculated using the software “Tamaño de la muestra 1.1.” (developed by Pérez Medina et al.). Data were calculated using an intraclass correlation coefficient (ICC) of 0.83 [7], an alpha error of 0.05 and a precision level of 0.16. Using these values, the estimated sample size was 30 participants.

A total of 44 subjects were evaluated—21 women and 23 men—with a mean age of 23.30 ± 4.44 years (mean ± SD). A descriptive analysis of the demographic data is shown in Table 1.
After performing the FHP application reliability analysis, a high value of intra-rater reliability was found with an intraclass correlation coefficient (ICC) of 0.88 for one of the observers. The corresponding Bland and Altman graph is shown in Figure 1. The inter-rater reliability was also high, with ICC values ranging from 0.83 to 0.89 and an average of 0.85. The Bland and Altman graph of inter-rater reliability with an ICC of 0.89 is shown in Figure 1. The SEM and MDC values are shown in Table 2 with the intra- and inter-rater reliability scores.
The ICC values obtained for the validity between FHPapp and photogrammetry were above 0.82, with a maximum value of 0.88 (CI: 0.82–0.91) (Table 3). These high values indicate that FHPapp is a valid tool to assess cervical posture.
The AUC was 0.93 (Figure 2). After adjusting the cutoff point to 0.333, the FHPapp demonstrated a sensitivity of 94.4% and specificity of 84.6% for the assessment of FHP (Table 4).

The use of FHPapp might be suitable for clinical practice and facilitates the measurement of cervical posture due to it is simplicity to use, lack of cost, and high accuracy.

In this section you can acknowledge any support given which is not covered by the author contribution or funding sections. This may include administrative and technical support, or donations in kind (e.g., materials used for experiments). 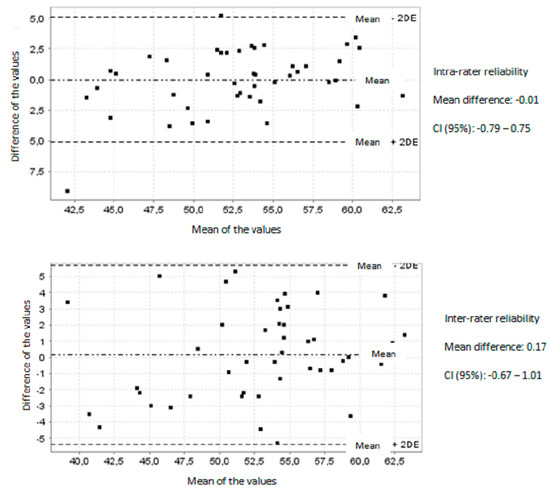 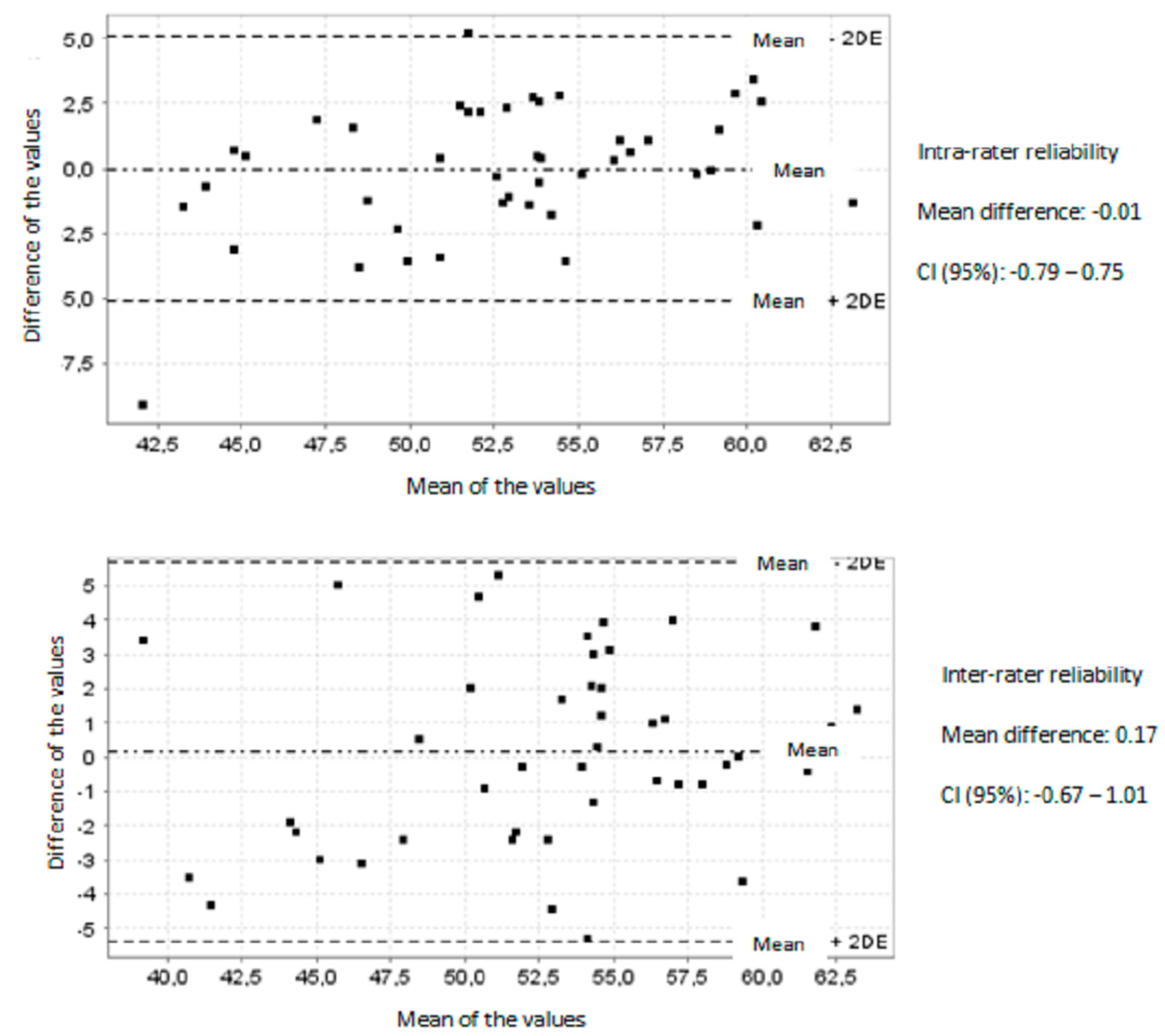 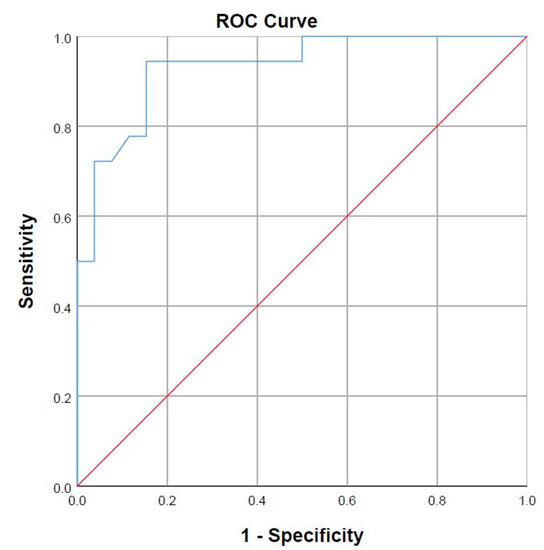 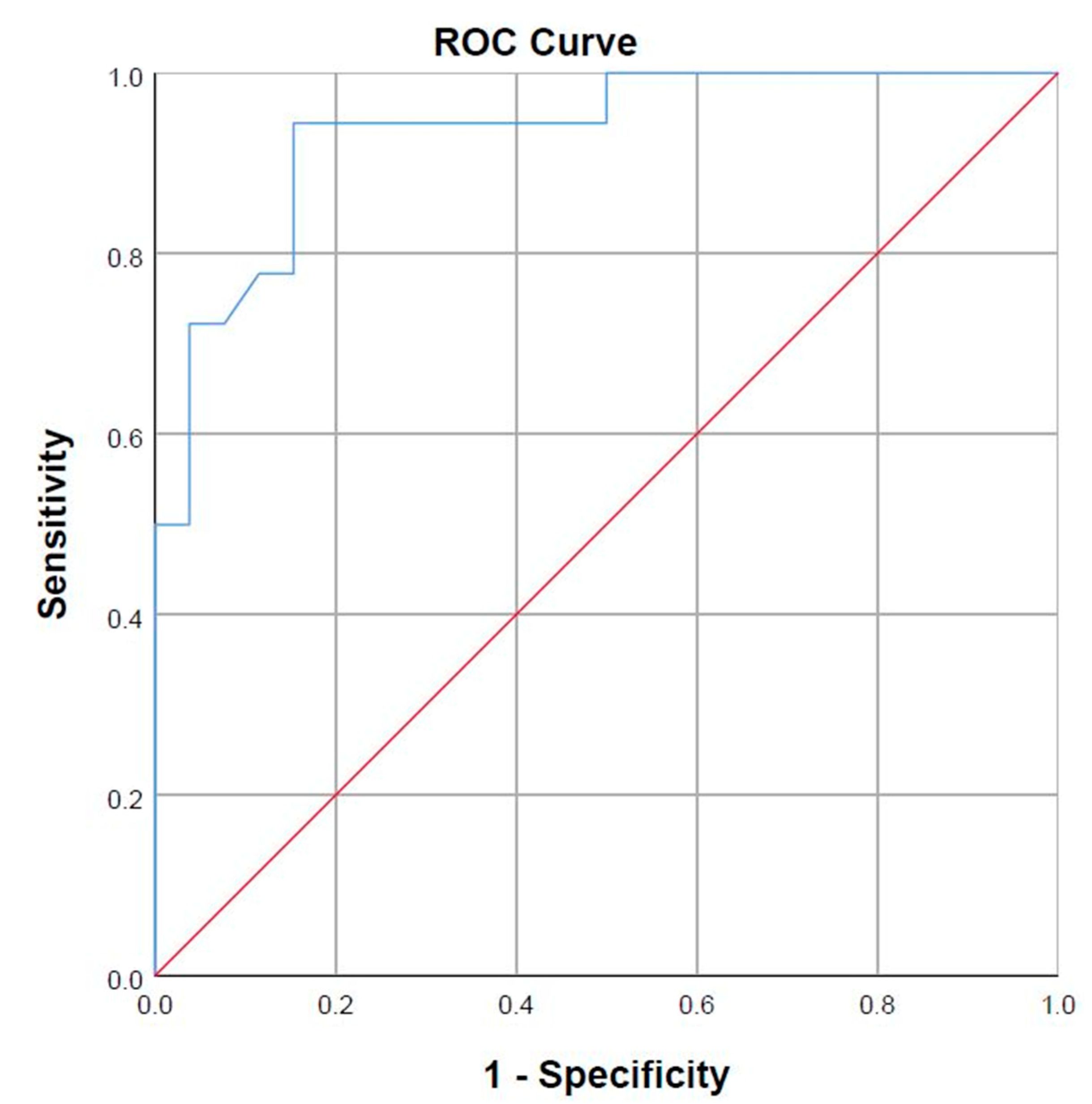 Table 4. Sensitivity and specificity (contingency table).
Table 4. Sensitivity and specificity (contingency table).
FHP: Forward head posture.
© 2020 by the authors. Licensee MDPI, Basel, Switzerland. This article is an open access article distributed under the terms and conditions of the Creative Commons Attribution (CC BY) license (http://creativecommons.org/licenses/by/4.0/).
We use cookies on our website to ensure you get the best experience. Read more about our cookies here.
Accept
We have just recently launched a new version of our website. Help us to further improve by taking part in this short 5 minute survey here. here.
Never show this again