Awareness of Marketing of Heated Tobacco Products and Cigarettes and Support for Tobacco Marketing Restrictions in Japan: Findings from the 2018 International Tobacco Control (ITC) Japan Survey

Data are from the International Tobacco Control (ITC) Japan Wave 1 (2018) Survey, a web-based survey of adult cigarette smokers (age ≥ 20 years), HTP users, HTP-cigarette dual users, and non-users (total n = 4615) conducted between February and March 2018.
A full description of the study methods (compliant with the Checklist for Reporting Results of Internet E-Surveys [34]) and survey design is available elsewhere [35,36]. Briefly, respondents were recruited from the Rakuten Insight panel in Japan. The Rakuten web panel is designed to be nationally representative of the Japanese population. Sampling weights were computed for all respondents and calibrated to target figures from the 2017 Japan Society and New Tobacco Internet Survey [37] to ensure that the final sample was representative of Japanese smokers, HTP only users, HTP-cigarette dual users, and non-users. The survey cooperation and response rates were 96.3% and 45.1%, respectively, which are high within the typical range for online surveys [38,39].
Study procedures and materials were reviewed and cleared by a University of Waterloo Research Ethics Committee (ORE#22508/31428, Waterloo, Canada). All participants provided informed consent.

Exposure to HTP (including products like IQOS, Ploom TECH, and glo) and cigarette advertising was assessed by asking respondents whether, in the prior six months, they had noticed advertisements for HTPs and for cigarettes through television, radio, newspapers or magazines, posters or billboards, store windows or inside stores where tobacco is sold (where tobacco and HTPs are sold for HTP advertising), email or text messages, websites or social media sites, and bars and pubs. Response options were: “yes/no/don’t use/don’t encounter/refused/don’t know”. Responses were dichotomized as “yes” or “no or don’t encounter”. Responses of “refused” and “don’t know” were coded as missing. An index on the number of channels exposed was also created for HTP and cigarette advertisements respectively by summing the “yes” responses from each of the eight channels (range: 0–8).

Survey logistic regression models were estimated to examine differences between the four user groups (exclusive HTP users (herein called “HTP users”, exclusive cigarette smokers (herein called “smokers), HTP-cigarette dual users (herein called “dual users”), and non-users) on their exposure to the eight cigarette and HTP advertising channels and support for TAPS bans. The average number of channels exposed to among the eight advertising channels common to cigarette and HTPs was also estimated among the four user groups using a Poisson regression model.
Analytical cross-sectional weights were used and the complex sampling design info (strata) were incorporated for all the analyses to make respondents within each of the user subgroups representative of the corresponding population with respect to demographics and region. All models were adjusted for sex, age group, income, and education. All analyses were conducted using the SAS-callable Sudaan v11 (Research Triangle Institute, Cary, NC, USA). All confidence intervals and statistical significance are tested at the 95% confidence level.

3.2. Exposure to HTP Advertising by Channel

3.3. Exposure to Cigarette Advertising by Channel

3.4. Comparison of Overall Average Exposure to Cigarette and HTP Advertising

To our knowledge, this is the first population study in Japan to examine exposure to HTP and cigarette advertising. Respondents reported substantial exposure to HTP and cigarette advertising across a broad range of channels in 2018, including those that are highly visible to non-users and people of all ages. The most prevalent exposure to cigarette and HTP marketing was inside and outside stores, on store windows, posters and billboards, and on television and newspapers. Of concern are similar rates of reported exposure to cigarette and HTP advertising among product users and non-users through mass media channels. For example, there were no differences in the prevalence of cigarette advertising exposure reported by non-users through television (27%) and newspapers/magazines (21%) compared to smokers (27%, 22%) and dual users (30%, 25%). Similarly, there were no differences in reported exposure to HTP advertising by non-users through television (19%) and newspapers/magazines (19%) compared to HTP users (24% and 19%).
The data also show substantial exposure through more targeted advertising channels such as email/text messages and websites/social media which generally appeal to younger audiences and pose greater challenges for regulation. For example, survey respondents in the youngest age category (20–29 years) reported significantly higher exposure to HTP advertising through websites/social media compared to respondents aged 60 and older. In contrast, respondents aged 60 and older were more likely to be exposed to HTP advertising through traditional mass media channels such as television and radio compared to younger age groups. About a third of HTP users and dual users reported noticing HTP advertising through email/text messages (28% and 30%) and websites/social media (27% and 28%). In addition, about one in five cigarette smokers reported noticing HTP advertising on websites/social media (22%). Smokers and dual users reported lower exposure to cigarette advertising through these channels, however it was still substantial—15% of smokers and 18% of dual users for website/social media advertising and 16% of smokers and 22% of dual users for email/text message advertising. HTP users reported the same rate of exposure to cigarette advertising through email/text messages as smokers (15% vs. 16%).
High exposure to HTP and cigarette advertising are consistent with the absence of a comprehensive advertising ban on tobacco products in Japan and evidence from other countries on exposure to tobacco advertising in unregulated channels. Pervasive global HTP marketing through prominent displays in convenience stores, duty-free stores, dedicated IQOS boutique stores, Internet and social media channels such as Instagram, Facebook, and Twitter and a spectrum of other youth-oriented events are well described in recent reviews [13,40,41]. Between 2017 and 2019, PMI reported a three-fold increase in the number of stand-alone IQOS stores worldwide from 63 to 199 and more than twice the number of retailers selling HTPs from 292 to 679 [42]. Although PMI has suspended the widespread use of underage social media influencers to promote IQOS after findings of a Reuters investigation were released in May 2019 [43], a white paper on IQOS global marketing worldwide through to February 2020 notes that youth appealing marketing still continues [41].
The findings of this study demonstrate the consequences of Japan not meeting its obligations to Article 13 of the FCTC. Industry self-regulation, which calls for its own restrictions on tobacco advertising in “highly public areas” has clearly not prevented advertising to be noticed in those locations. The Tobacco Institute of Japan (TIOJ or Japan Tobacco Association) has adopted more restrictive voluntary industry standards for marketing of manufactured tobacco and heated tobacco products effective 1 July 2020 [44]. The new standards ban advertising on TV, radio, movies, public transportation and recorded media such as CDs or DVDs; require a text-only health warning in places or media where tobacco advertising is allowed; restrict the use of social influencers and youth to promote tobacco; and require age validation to prevent youth access to internet advertisements. However, the revised self-regulation does not prohibit advertising in the most widely visible channels (i.e., stores, posters/billboards, newspapers, and magazines). Therefore, these voluntary marketing restrictions fall short of meeting the best practice requirements of the WHO FCTC.
Evidence from the United Kingdom, Uruguay, Ireland, and Canada show dramatic reductions in exposure to tobacco marketing in channels after they are banned [45,46,47,48,49]. Studies indicate greater reductions in tobacco consumption following comprehensive marketing bans compared to bans in selective channels [50]. In addition, there is evidence that point of sale tobacco, advertising and display bans reduce adult smoking prevalence, tobacco normalization, and youth initiation [51,52,53,54].
Regulatory approaches for HTPs vary widely by country, however countries such as Canada and Israel have adopted strong regulations to curb HTP advertising, including a requirement for standardized packaging [55,56].
Without well-enforced comprehensive tobacco marketing restrictions, it can be expected that marketing of HTPs across multiple channels, including dedicated HTP stores, retail establishments, and e-commerce websites will intensify as JT and BAT compete for market share [16,57]. Findings of this paper demonstrate considerable support among tobacco users and non-users in Japan for policies to curb advertising of cigarettes and HTPs in retail settings, including a POS display ban for cigarettes and HTPs and a comprehensive ban on cigarette advertising in stores which were supported by a third of dual users and more than 60% of non-users.
This study has several limitations. First, this study relied on self-reported exposure to advertising in the last six months and therefore may be subject to recall bias. However, this measure is widely used in studies of exposure to marketing of tobacco and nicotine products. Second, the estimation of average exposure to cigarette and HTP marketing does not consider differences between advertising channels in the strength of influence of exposure on product uptake. Future studies could explore assigning different weights to various advertising channels and utilizing more precise measures of advertising exposure. Third, although nicotine-containing electronic cigarettes are not commercially available in Japan, some respondents may have been exposed to advertising of these products online and through social media. Thus, respondents may not have differentiated between advertising of electronic cigarettes and HTPs through these channels. Finally, the study sampling design and weights construction aim to ensure national representativeness, however the possibility of excluding participants in an online survey cannot be ruled out.

The absence of a comprehensive, strongly enforced ban on marketing of cigarettes and HTPs in Japan has resulted in pervasive public exposure to tobacco advertising. Regulators should fully implement a comprehensive marketing ban in line with the FCTC Article 13 to shift social norms and attitudes away from all forms of tobacco use and to strengthen Japan’s commitment to full implementation of the Treaty.

The 2018 ITC Japan Survey was supported by a Canadian Institutes of Health Research Foundation Grant (FDN-148477), with additional funding provided by a grant from the National Cancer Center and Research Development Fund (28-A-24), and a Senior Investigator Award from the Ontario Institute for Cancer Research to G.T.F.

The authors would like to thank Eunice Ofeibea Indome, Dissemination Scientist at the University of Waterloo, for her assistance with final revisions to the data visualizations.

G.T.F. and J.F.T. have served as expert witnesses on behalf of governments in litigation involving the tobacco industry. All other authors have no conflicts of interest to declare. The funders had no role in the design of the study; in the collection, analyses, or interpretation of data; in the writing of the manuscript, or in the decision to publish the results. 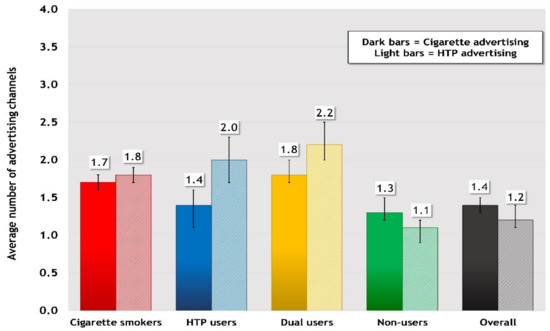 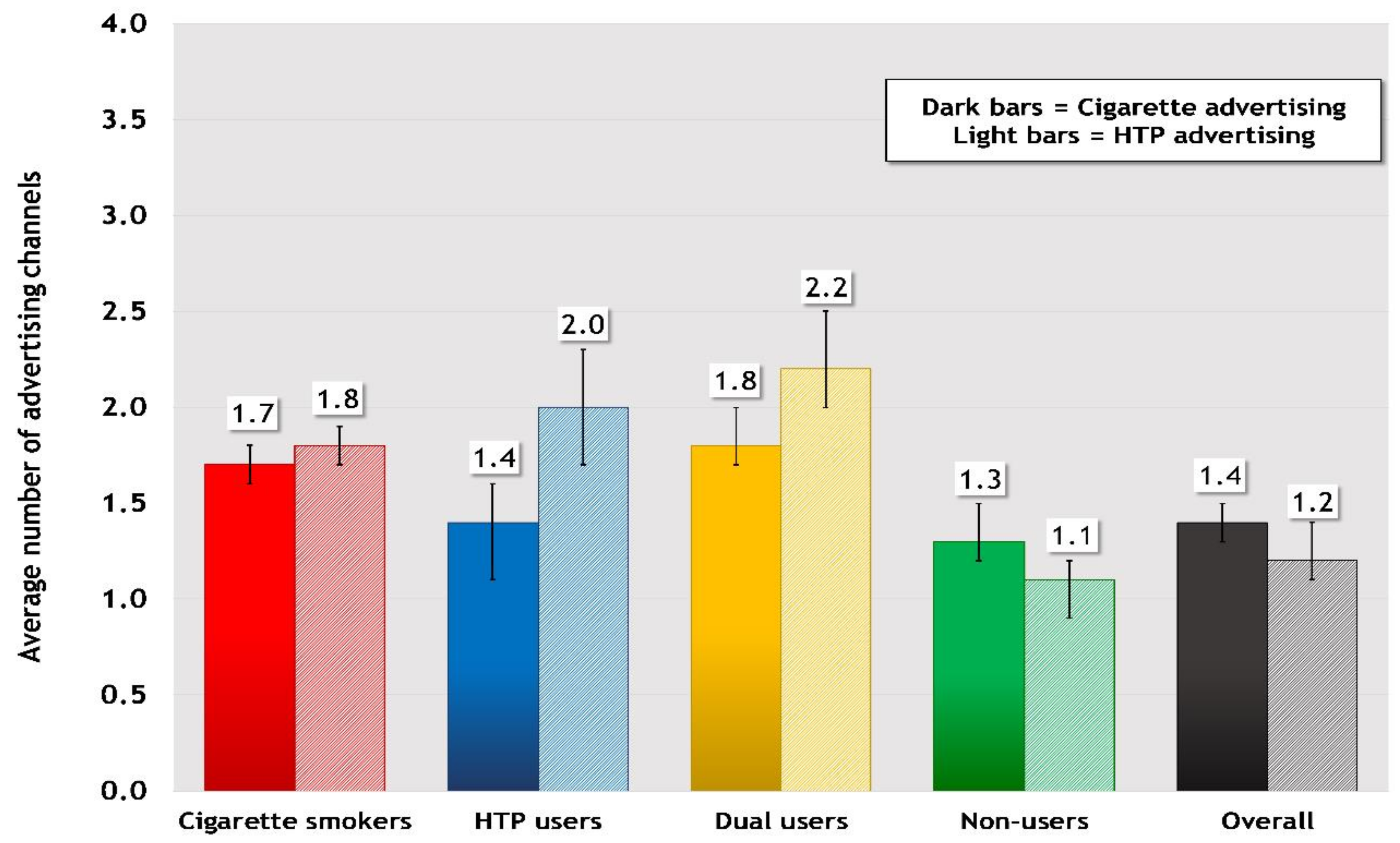 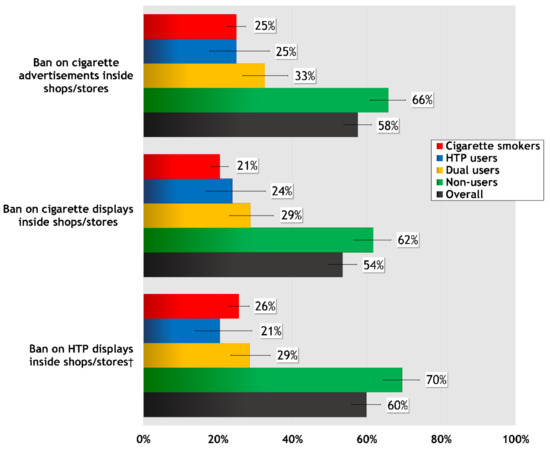 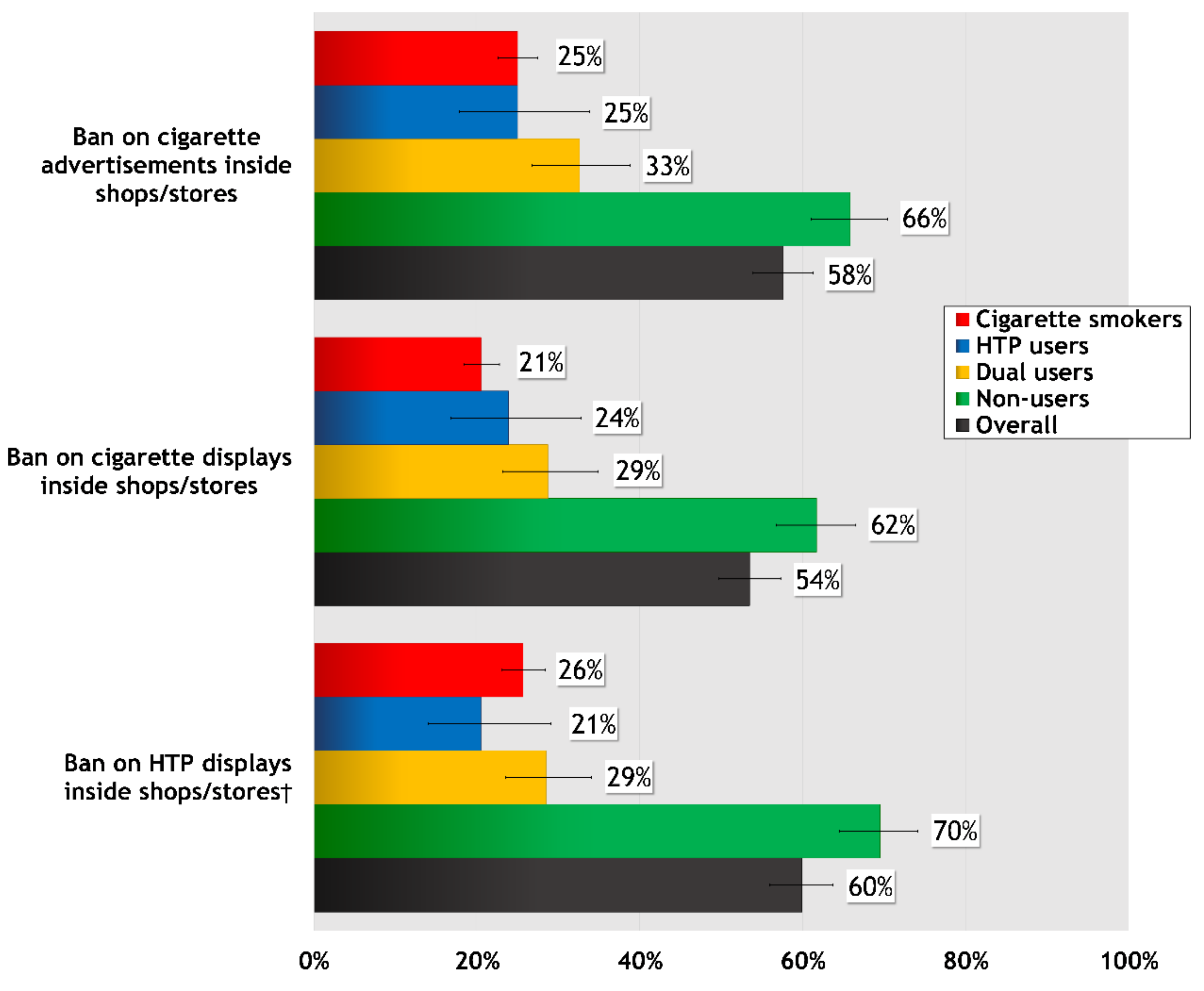