The Joint Effects of Some Beverages Intake and Smoking on Chronic Obstructive Pulmonary Disease in Korean Adults: Data Analysis of the Korea National Health and Nutrition Examination Survey (KNHANES), 2008–2015 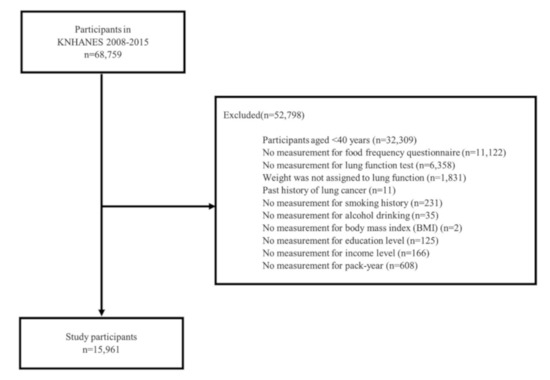