Review: Sex-Specific Aspects in the Bariatric Treatment of Severely Obese Women
Next Article in Special Issue

Analysis of Job-Related Demands and Resources in Ambulatory Youth Welfare Services: A Qualitative and Quantitative Approach
Previous Article in Journal

Beyond Mistreatment at the Relationship Level: Abusive Supervision and Illegitimate Tasks

In their “root cause” framework of poor leadership, Kelloway and colleagues [9] state that poor leadership is not only stressful in and of itself but may also give rise to other occupational stressors. Since one of the core responsibilities of supervisors is to assign tasks to employees [8], it seems likely that these additional stressors arise at the task level. Consistent with this idea, Rodwell and colleagues [16] noted that abusive supervision may not only comprise “personal attacks” (e.g., displays of ridicule, rudeness, and lies) but also “task attacks” (e.g., excessive monitoring).
For positive supervisory behavior (e.g., transformational leadership), several empirical studies have demonstrated favorable effects on the characteristics of employees’ work tasks [17,18,19]. However, knowledge on the task-related behavior of abusive supervisors is very limited. While Rodwell and colleagues [16] provide convincing theoretical arguments for an association, they did not test how supervisors’ “task attacks” relate to the overall concept of abusive supervision. One notable exception that empirically brings together abusive supervision and task-related stressors originating from supervisors is the work of Wu and colleagues [20]. In their study, they examined the association between abusive supervision and workload demands from supervisors (e.g., placing unrealistic/unfair demands on employees) and investigated how these two types of supervisor-related stressors differentially relate to employees’ levels of emotional exhaustion. The findings of this study show that abusive supervision and workload demands imposed by supervisors are two closely related yet distinct stressors. However, the link between abusive supervision and workload demands from the supervisor is not self-explanatory because high levels of workload that come from the supervisor may not necessarily imply disrespect and devaluation but are often inevitable due to organizational constraints.
For illegitimate tasks, the association with abusive supervision is more straightforward. Rooted in stress-as-offense-to-self (SOS) theory [21], illegitimate tasks are a relatively new concept of occupational stressor that exists at the task level [10,22]. The concept of illegitimate tasks involves unnecessary and unreasonable tasks. Unreasonable tasks refer to those that are perceived to fall outside one’s job role requirements, implying a violation of the person’s role and status. Tasks are not inherently unreasonable but become unreasonable in the context of specific job roles and situations [22]. For example, mopping the ward floor is likely an unreasonable task for certified nurses who are very busy caring for patients. Unnecessary tasks refer to tasks that could have been avoided or performed with reduced effort through a different way of organizing. For example, employees may feel that filling in the same data into two different lists that could easily be combined into one list is an unnecessary task.
An illegitimate task sends an implicit message of disrespect, devaluation, and carelessness [22], and “the label “illegitimate” suggests that someone could and should have prevented it from being assigned” [23] (p. 765). Given that the expressions of disrespect, devaluation, and carelessness are core components of abusive supervision, it seems likely that the behavioral repertoire of abusive supervisors comprises the assignment of illegitimate tasks as an additional form of supervisory abuse. While the original conceptualization of abusive supervision [4] does not refer to this form of behavioral abuse, we suggest that abusive supervisors may carelessly and/or intentionally assign employees unnecessary and unreasonable tasks, thus expressing disrespect and devaluation. This perspective fits well with the notion that abusive supervisors display little concern for their employees’ welfare in all their actions [9]. Therefore, we hypothesize the following:
H1.
Abusive supervision is positively related to (a) unnecessary tasks and (b) unreasonable tasks.

2.3. The Role of Hierarchy Level

The study received approval from the Local Ethics Committee of the Faculty of Psychology and Human Movement at the Universität Hamburg (no. 2017_144). Using an online survey study design, we collected data from 268 healthcare and social services workers. Participants were recruited through a panel management and online research company. The requirements for participation included being currently employed and having a direct supervisor. A total of 78% of the participants were female. The mean age was 45.6 years (SD = 11.24), and the mean professional tenure was 16.37 years (SD = 11.75). The mean working hours per week was 32.15 hours (SD = 10.22). Nearly one-third (32%) of the participants held a supervisory position. A total of 18% of the participants had worked with their supervisor for less than one year, 40% had worked with their supervisor for one to five years, and 42% had worked with their supervisor for more than 5 years.

To test the measurement models of abusive supervision and illegitimate tasks, we conducted confirmatory factor analysis (CFA) in R version 3.6.2 [31] using the lavaan package [32]. Items were used as indicators of the respective latent factors, and the model parameters were obtained using robust maximum likelihood estimation. To assess model fit, we computed χ2 statistics. Nonsignificant χ2 values indicate that the model fits the data well. Because the χ2 statistics are sensitive to sample size, additional fit indices were considered: the comparative fit index (CFI), the squared root mean residual (SRMR), and the root mean square error of approximation (RMSEA). General guidelines suggest that values close to 0.95 or higher for CFI, levels of 0.08 or lower for SRMR, and levels of 0.06 or lower for RMSEA indicate adequate fit [33].
To test the hypotheses, we computed linear ordinary least squares (OLS) regression models in R. Abusive supervision, professional tenure, and working hours were centered at their respective means to facilitate the interpretation of the coefficients. The interaction term was built by multiplying the values of abusive supervision and hierarchical level together. In testing the moderator hypotheses, we included the independent variables along with the interaction term in the regression models.

This research received no external funding

The authors declare no conflicts of interest 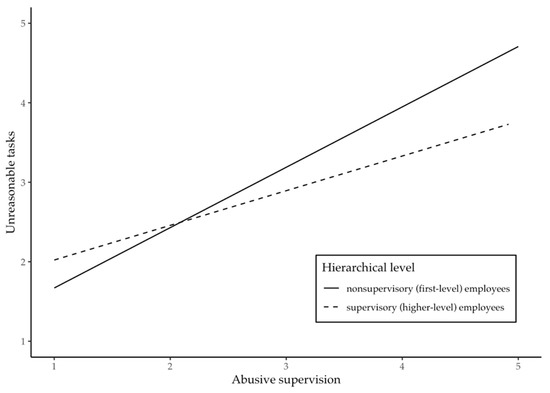 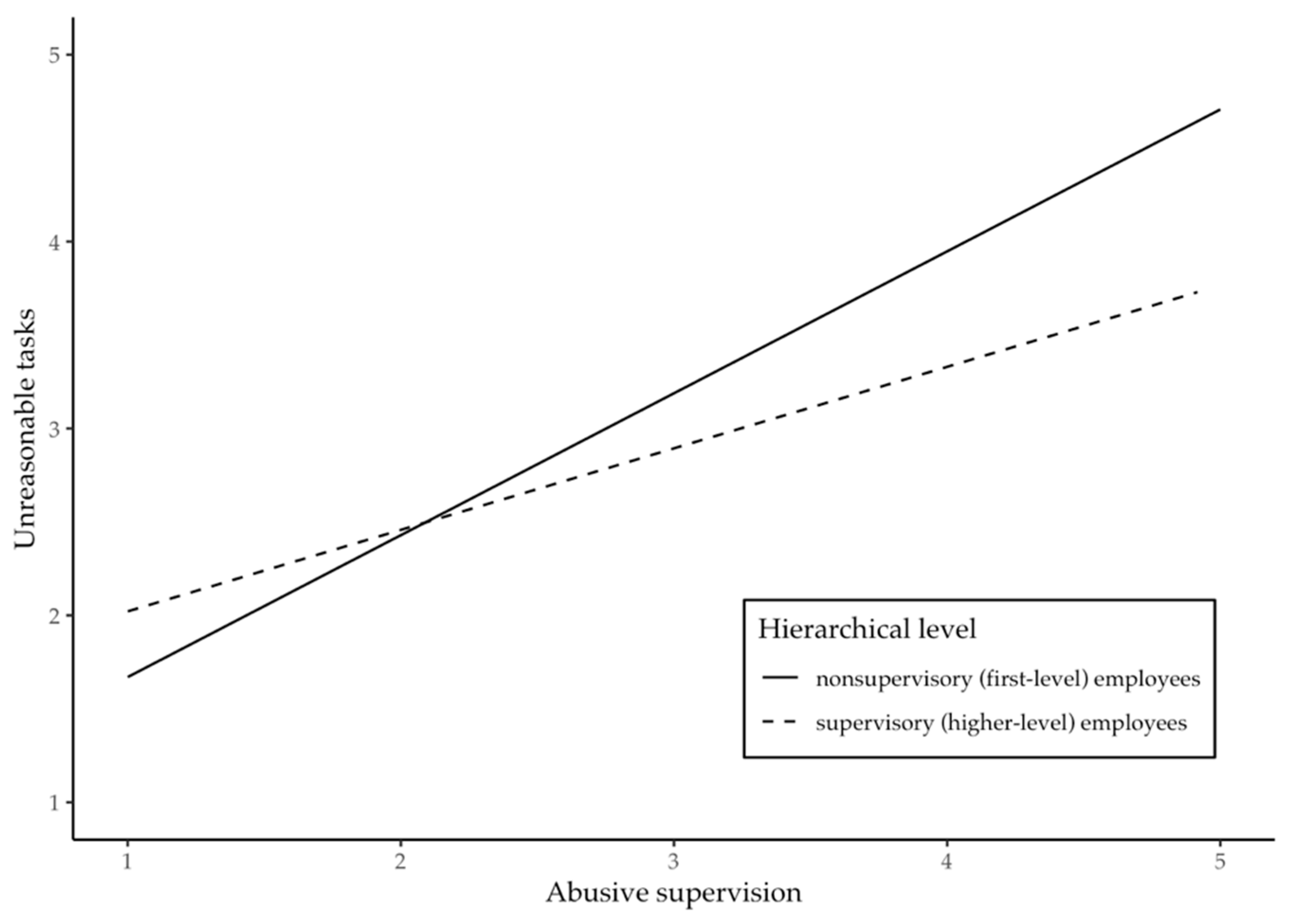 Table 2. Results of the regression analyses.
Table 2. Results of the regression analyses.
Note: N = 268. 1 0 = male; 1 = female. 2 0 = nonsupervisory employees (i.e., lowest hierarchical level); 1 = supervisory employees (i.e., higher hierarchical levels). B = unstandardized coefficients; * p < 0.05; *** p < 0.001.
© 2020 by the authors. Licensee MDPI, Basel, Switzerland. This article is an open access article distributed under the terms and conditions of the Creative Commons Attribution (CC BY) license (http://creativecommons.org/licenses/by/4.0/).
We use cookies on our website to ensure you get the best experience. Read more about our cookies here.
Accept
We have just recently launched a new version of our website. Help us to further improve by taking part in this short 5 minute survey here. here.
Never show this again