Assessment of the Toxicity of Quantum Dots through Biliometric Analysis

Along with the rapid development of nanotechnology, the biosafety of quantum dots (QDs), a widely used kind of nanoparticles, has grabbed the attentions of researchers, because QDs have excellent and unique optical properties that other commonly used nanoparticles, like walled carbon nanotubes, do not have. The understanding of the toxicity of QDs is an important premise for their application in wider fields, including biology and medicine. This study sought to analyze scientific publications on the toxicity of QDs and to construct a bibliometric model for qualitative and quantitative evaluation of these publications over the past decade, which visually presented the status quo and future development trend on the toxicological study of QDs. A search for data using the triple blind method revealed that, as of 31 December 2018, there were 5269 papers published on the toxicity of QDs. RSC ADVANCES (5-year IF, 3.096) ranked first in the number of publications. China had the largest number of publications (2233) and the highest H-index (119), but the United States was still the leading country with regards to the quality of the research. LIU Y (106 publications) published the most papers, while Hardman R (304 co-citations) had the most co-citations. The keyword “walled carbon nanotube” ranked first in the research frontier. The findings not only determine a development trend of the toxicological study of QDs, but also identify further research directions in this field.
Keywords: nanotoxicology; bibliometrics; quantum dot; toxicity nanotoxicology; bibliometrics; quantum dot; toxicity

Emerging nanotechnology can greatly improve the current medical status and provide targeted medical diagnosis and treatment, which could help solve many medical problems [1]. As a new concept proposed in the 1990s, Quantum dots (QDs) are a kind of commonly used nanomaterials, also called nanocrystals. A QD is a quasi-zero-dimensional nanomaterial with three dimensions less than 10 nm [2]. Generally, it is a nanocrystal composed of III-V or II-VI elements and comprises a semiconductor material core, along with an outer shell that increases the stability and/or biocompatibility of the core [3]. In recent years, many types of QDs have been synthesized. Various QDs exhibit different optical characteristics due to disparities in geometric shapes, quantum sealing effects of electrons and holes and materials, etc. [4].
As a new type of fluorescent nanomaterial, QDs have a wide range of applications in biomedicine and other fields owing to their excellent optical properties [5,6,7]. For example, QDs can participate in tumor tracking, microbial detection, and drug targeted therapy [8,9]. It is likely to become a core nanomaterial in the research of biomedical materials and has attracted wide attention from researchers around the world [10]. In recent years, more and more researchers have begun to explore QDs toxicity, toxic mechanism, and biosafety evaluation to assure their biosafety in clinical applications. Many researchers have found that QDs result in DNA damage, elevated levels of ROS (reactive oxygen species), and decreased cell viability [11,12]. At present, the well-known toxic mechanisms of QDs mainly include oxidative stress damage, inflammatory reaction theory, ion channel gating change damage, etc. [13,14]. A large number of research articles on the toxicity of QDs have been published in different academic journals. However, to the best of our knowledge, few researchers have tried to systematically analyze the evolution of the scientific output in this domain.
Recently, bibliometric analysis has been widely used to analyze published literature in one specific field, which helps assess the trend of research activities as time goes on. Research in the field of nanotechnology, such as on the risk or safety issues associated with nanomaterials and nanomedicine, have been reported to be analyzed through bibliometric analysis and have contributed to the development of this field [15,16,17]. The purpose of this study is to systematically evaluate the research on toxicity of QDs over the last ten years—from 2009 to 2018—using methods of statistics and mathematics in bibliometric analysis with the help of the CiteSpace V visual literature analysis software. The objectives of this study include ensuring the publication model of literature related to QDs’ toxicity, capturing the cooperation model between countries/institutions/authors, and confirming research trends and frontiers in this field. These findings provide valuable information on this topic in order to pioneer the field of toxicological study of QDs over the next few years.

2.1. Source of the Data and Search Strategy

The Web of Science Core Collection (WoSCC), Thomson Reuters, was accessed on December 31, 2018, to search for literature on the toxicity of QDs. The WoSCC, including the Social Sciences Citation Index (SSCI) and the Science Citation Index-Expanded (SCI-E), provided detailed information on bibliometric analysis [18]. The terms used for data retrieval are listed in Supplementary Materials. The literature screening flowchart is shown in Figure 1.

All data were collected independently by the three first authors (Lishi Zhong, Lili Zhang, Yimeng Li) in order to avoid discrepancy of data as far as possible; the data were downloaded in TXT format. Data from the 5269 identified studies were imported into CiteSpace V (Drexel University, Philadelphia, PA, USA) and Microsoft Excel 2016 (Redmond, WA, USA) for qualitative and quantitative analysis and to export or draw figures and tables.

We used WoSCC to analyze the characteristics of all eligible publications, including journal sources, annual publications, contributing countries or territories, contributing authors, citation counts, H-indexes; the top 10 journals and top 10 countries/territories and institutions were chosen for summary in tables.
A model f(x) = ax + b was used to predict the temporal trend of publications with Microsoft Excel 2016 software (Redmond, WA, USA). The symbol x represented the year of publication and f(x) the cumulative number of publications by year.
All eligible documents were displayed through CiteSpace V (Drexel University, Philadelphia, PA, USA), which is a visualization software for analyzing data through network modeling [19]. CiteSpace V was used to: (i) identify cooperation between countries/territories/authors; (ii) capture relationships between different published journals; (iii) analyze the co-citation relationships between author/references; (iv) perform burst analysis of keywords.

3.3. Distribution by Country and Institution

The number of publications, total citations, and H-indexes from the top 10 countries/territories engaged in QDs toxicity research are shown in Table 1 and Figure 4. It is observed that China had both most citations (61,790) and the highest H-index (119). The United States ranked second both in citation frequency (48,664) and the H-index (112). It is worth noting that there are few differences in the ranking of these two items between other countries/territories, owing to the gap in the number of total publications.

Reference analysis is regarded an important index in bibliometrics. Figure 6a presents the co-citation map of references from publications on QDs toxicity research, which manifested the scientific relevance of these publications in the field. All clusters were labeled with index terms extracted from the references. The largest cluster #0 was labeled as “quantum dots”, followed by the second largest cluster #1 labeled as “carbon dots” and the third largest cluster #2 labeled as “quantum dots”. These clusters are also illustrated in a timeline view (Figure 6b), which suggested the development tendency of QDs toxicity research.

Over the last 10 years, researchers have tried their best to develop low-toxic or even non-toxic QDs. The number of published studies on the toxicity of different QDs is increasing in a bid to improve the quantum yield, fluorescence intensity, biocompatibility, and biosafety of QDs. In addition to identifying a continual increase in the number of publications on QDs toxicity research over the past decade, the top journals that contributed most to publications on the topic and the top countries that engaged in the research were found. Meanwhile, good candidates for cooperation and research focus in the next few years were analyzed as well. This study not only provides comprehensive information on the trend of toxicological study of QDs over the past decade, but also predicts pioneered keywords that will guide further research works in the field.

Publicly available datasets were analyzed in this study. This data can be found in The Web of Science Core Collection (WoSCC). 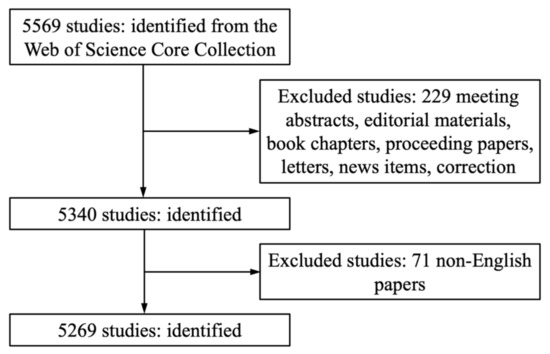 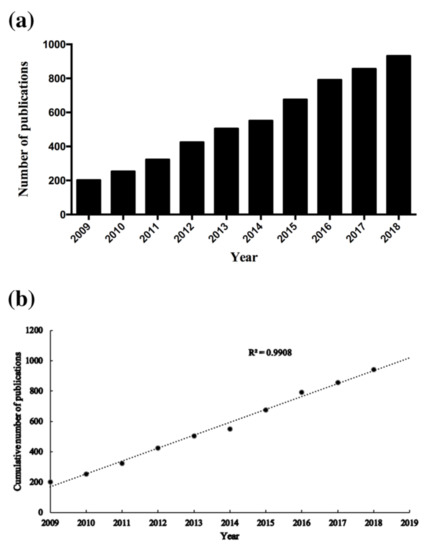 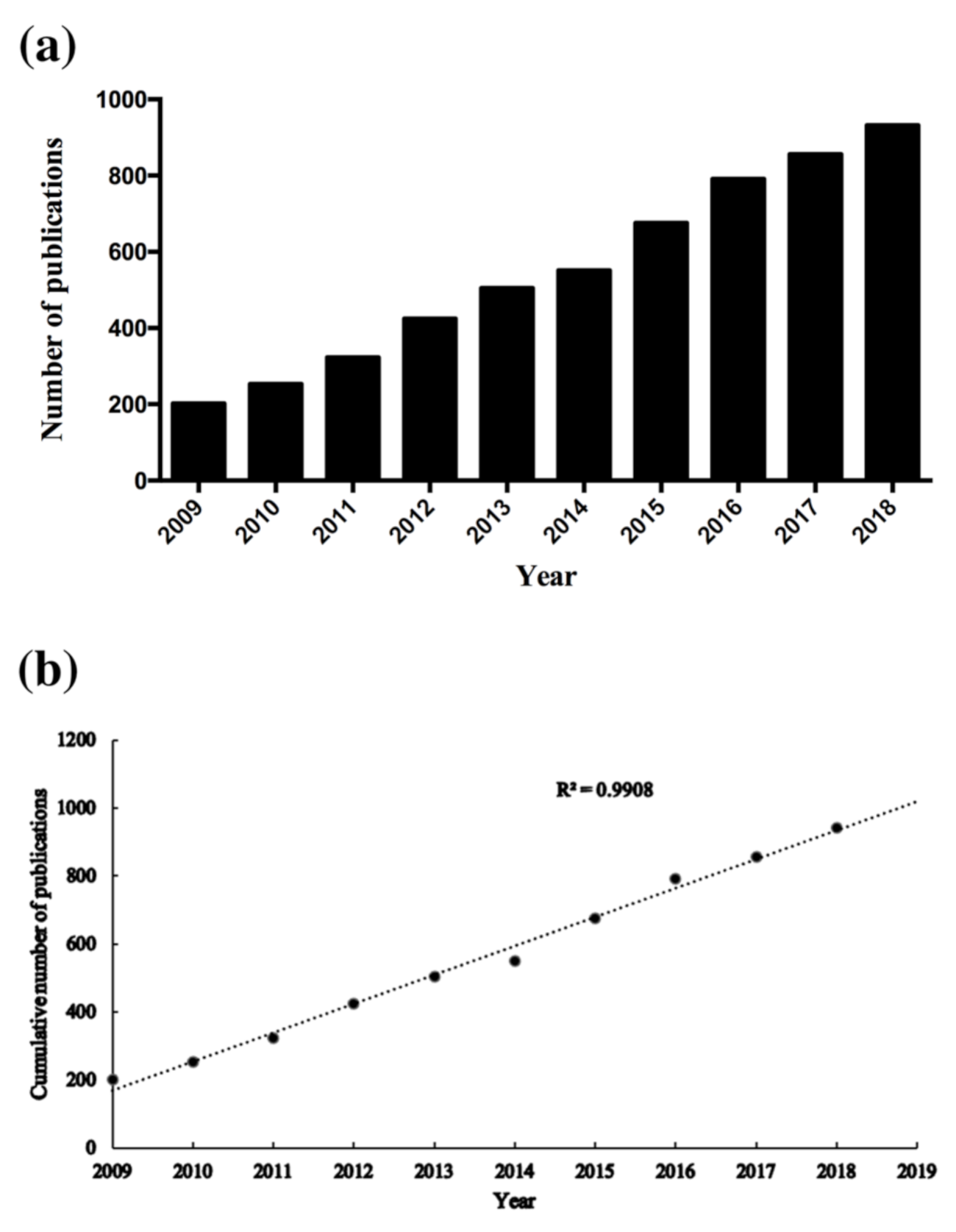 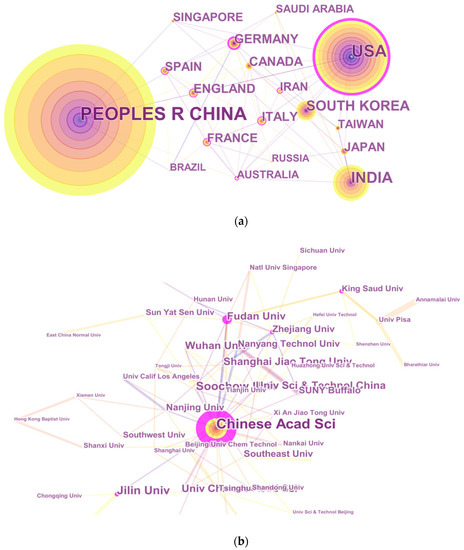 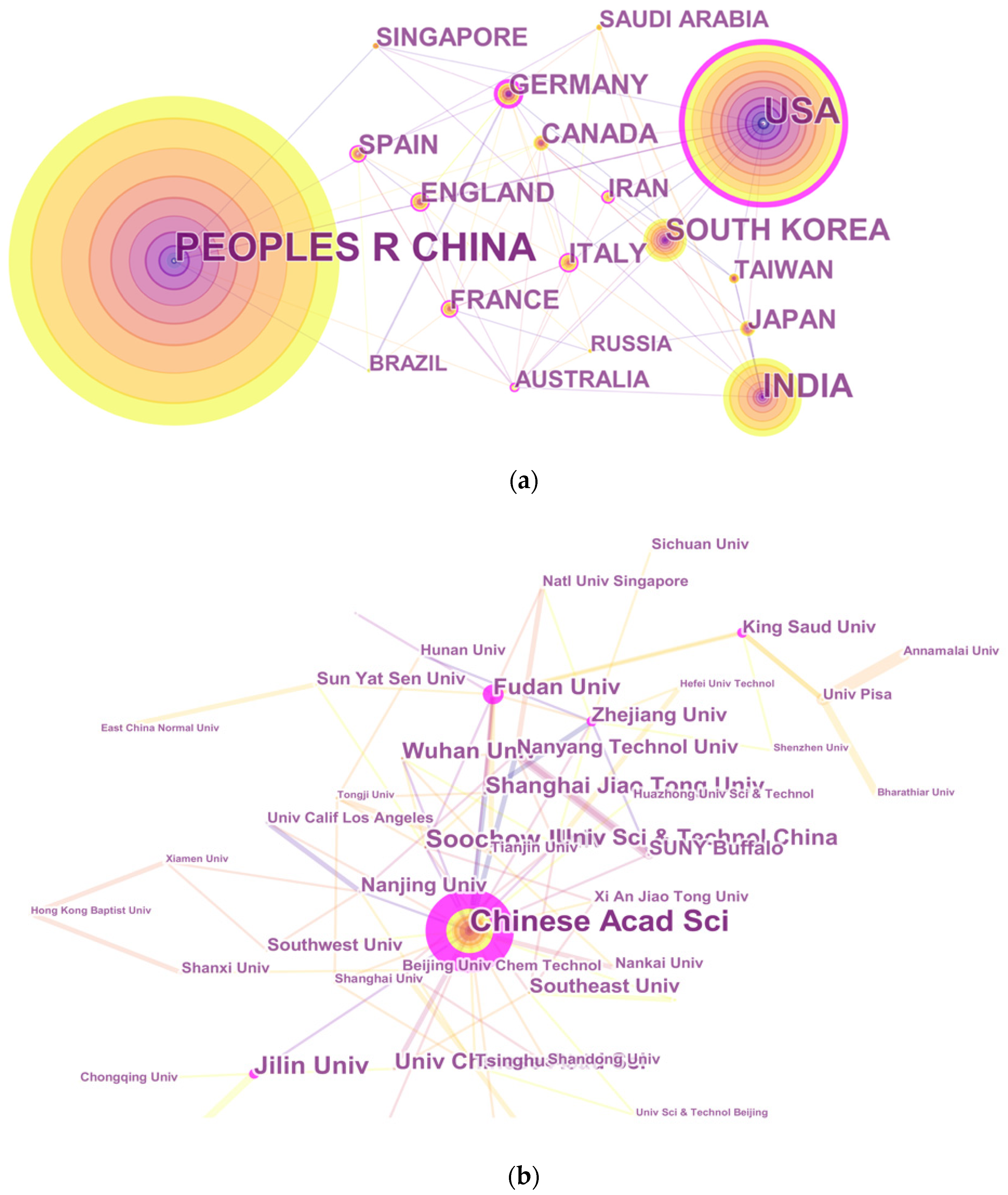 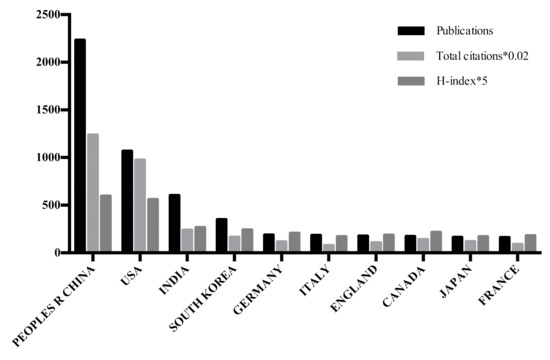 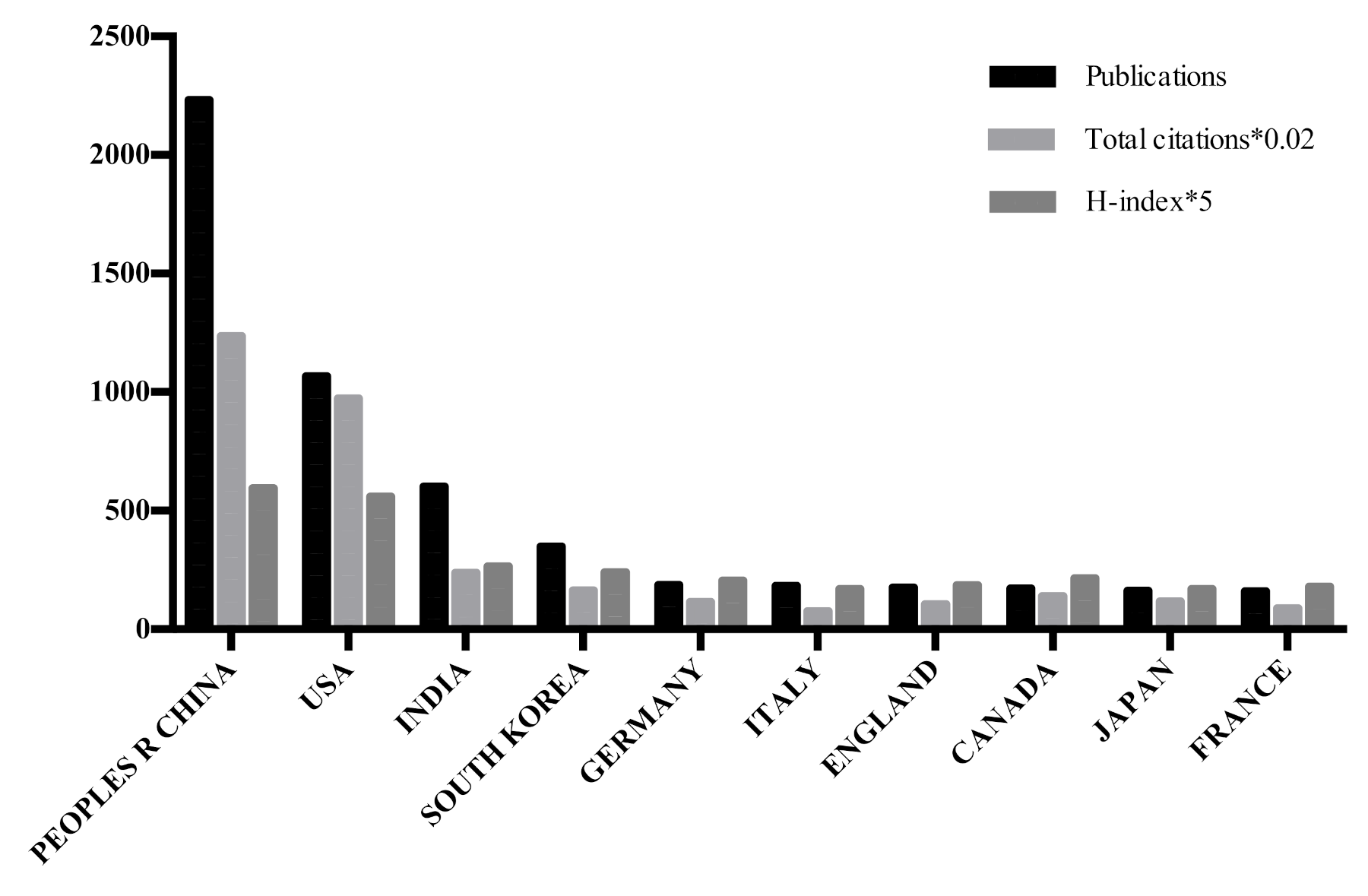 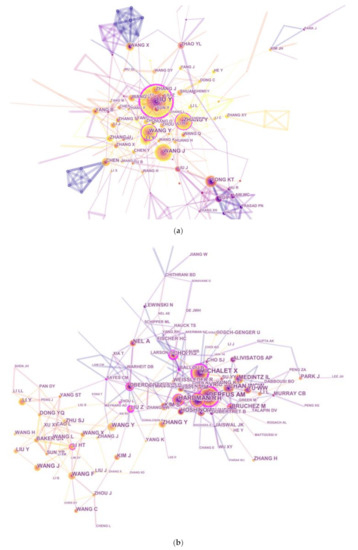 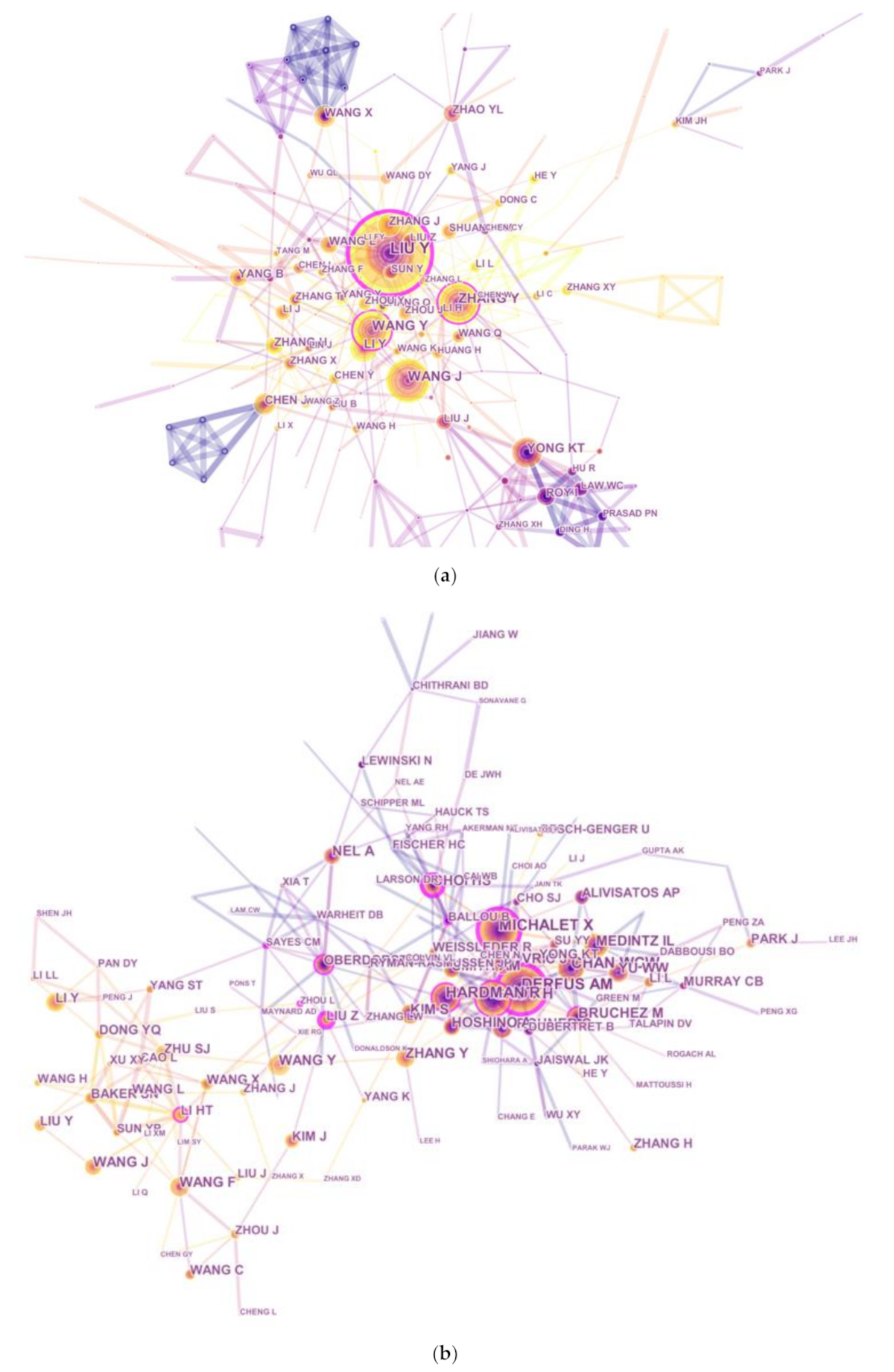 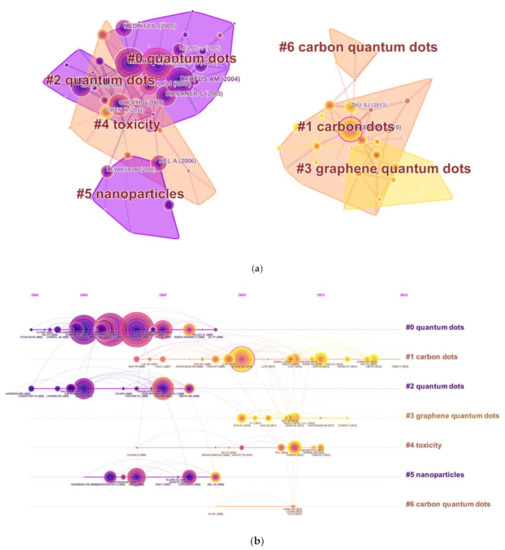 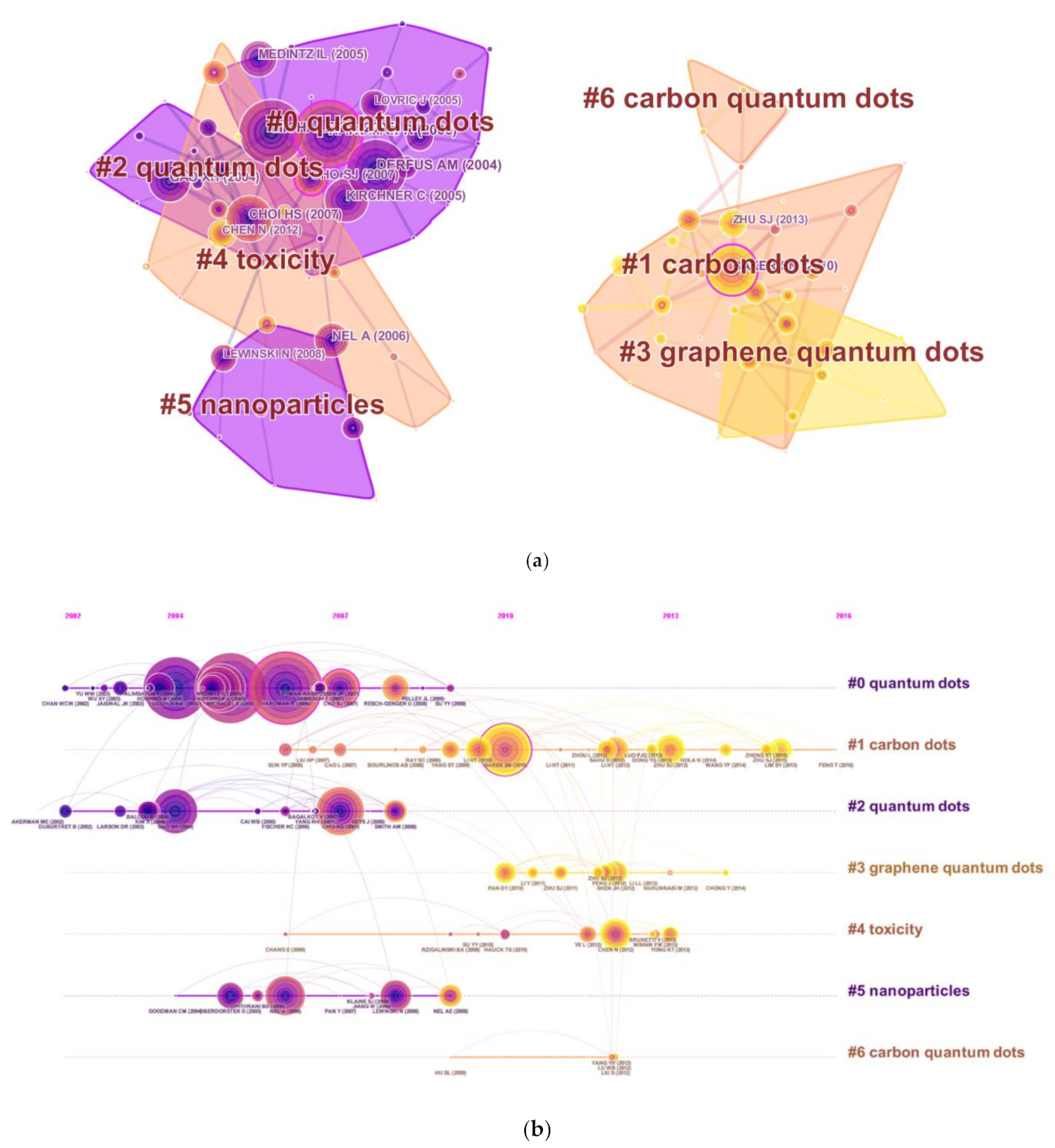 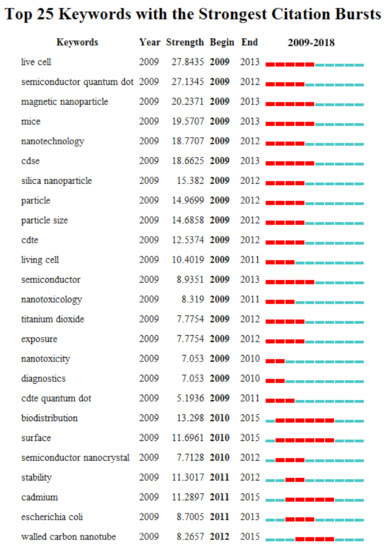 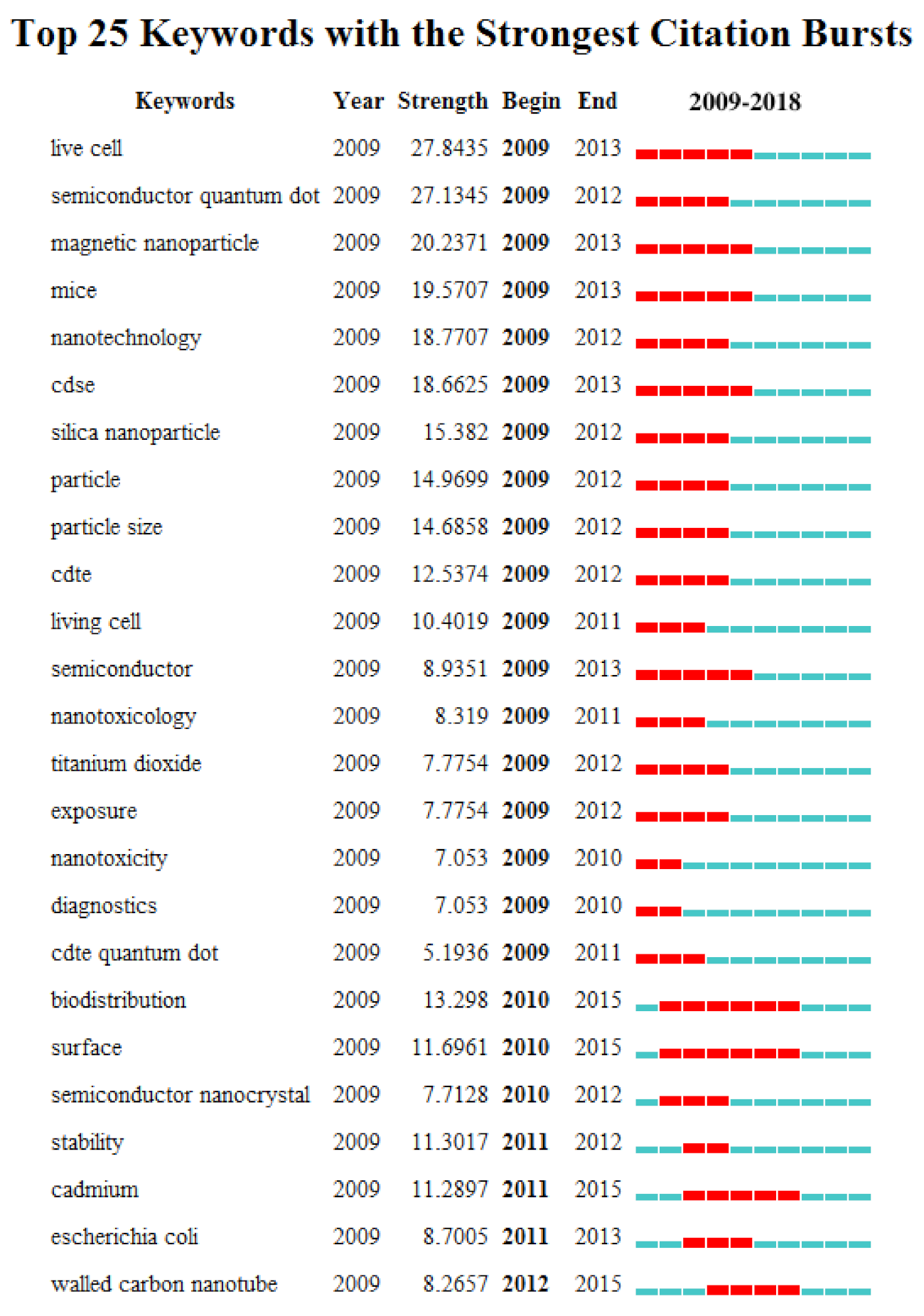