Recently, the interest in mushroom consumption has been growing, since their taste and low calorific value are appreciated, but also due to their nutritional value. In determining the usefulness of mushrooms in the human diet, it is important to consider the conditions of their occurrence to perform the assessment of bioaccumulation of minerals. The aim of the study was: (a) to determine the content of selected macronutrients (P, K, Ca, Mg, Na) in fruiting bodies of Boletus edulis, Imleria badia, Leccinum scabrum and the soils, (b) to determine their bioaccumulation potential taking into account the habitat conditions, and (c) an attempt to estimate their role in covering the requirement for macronutrients of the human organism. The research material was obtained in the NW of Poland: Uznam and Wolin, the Drawa Plain and the Ińsko Lakeland. In the soil, we determined the content of organic matter, pH, salinity and the content of absorbable and general forms of macronutrients. The content of macronutrients in mushrooms was also determined. Chemical analyses were performed using the generally accepted test methods. The study showed that in NW Poland, B. edulis grew on the acidic soils of Arenosols, and I. badia and L. scabrum grew on Podzols. The uptake of K, Mg and Ca by the tested mushrooms was positively, and P and Na negatively correlated with the content of these elements in the soil. The acidity of the soil affected the uptake of K and Mg by mushrooms. There was no effect of the amount of organic matter in the soil noticed on the content of macronutrients (except sodium) in mushrooms. Among the studied macronutrients, none of the mushrooms accumulated Ca, while P and K were generally accumulated in the highest amounts, regardless of the species. Each of the other elements was usually accumulated at a similar level in the fruiting bodies of the species we studied. The exception was I. badia, which accumulated higher amounts of Mg compared to B. edulis and L. scabrum. Mushrooms can enrich the diet with some macronutrients, especially in P and K. View Full-Text
Keywords: fungi; macroelements; properties of soil; Boletus edulis; Leccinum scabrum; Imleria badia fungi; macroelements; properties of soil; Boletus edulis; Leccinum scabrum; Imleria badia
►▼ Show Figures 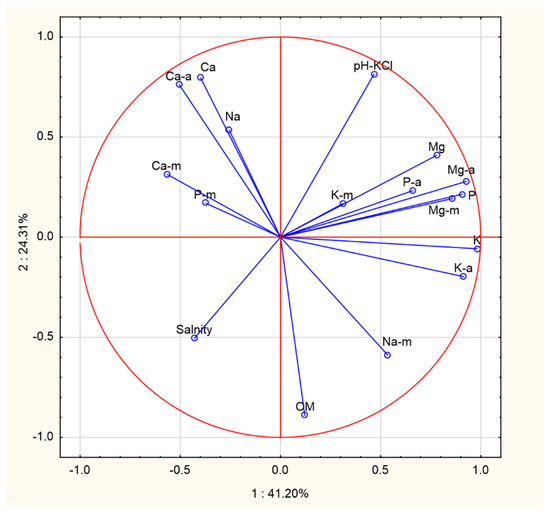