Inequality-Related Health and Social Factors and Their Impact on Well-Being during the COVID-19 Pandemic: Findings from a National Survey in the UK

Lateral elbow tendinopathy, or “tennis elbow,” is a pathology that affects around 1.3% of the general population. Capacitive–resistive electric transfer therapy aims to provoke temperature and current flow changes in superficial and deep tissues. The aim of this in vitro study was to analyze the thermal behavior and transmission of electric current on the superficial and deep tissues of the elbow during the application of different modalities of a capacitive–resistive electric transfer treatment protocol for chronic elbow tendinopathy. A cross-sectional study was designed; five fresh cryopreserved cadavers (10 elbows) were included in this study. A 30 min intervention was performed based on a protocol commonly used in clinics for the treatment of chronic lateral elbow tendinopathy by diathermy using the “T-Plus.” Common extensor tendon, radiohumeral capsule, and superficial temperatures were registered after each application for the duration of the 30 min treatment protocol. During all applications, we observed a current flow of over 0.03 A. The protocol showed a statistically significant increase in superficial temperature by 24% (5.02°) (p < 0.005), the common extensor tendon by 19.7% (4.36°) (p < 0.007), and the radiohumeral joint capsule by 17.5% (3.41°) (p < 0.005) at the end of the 30 min protocol compared with the baseline temperature. The different applications of the protocol showed specific effects on the temperature and current flow in the common extensor tendon and radiohumeral capsule. All applications of the protocol produced a current flow that is associated with the generation of cell proliferation. These results strengthen the hypothesis of cell proliferation and thermal changes in deep and distal structures. More studies are needed to confirm these results.
Keywords: tennis elbow; cadaver; diathermy; physical therapy tennis elbow; cadaver; diathermy; physical therapy

Lateral elbow tendinopathy, or “tennis elbow,” is a pathology that affects around 1.3% of the general population, with equal affectation in men and women [1]. People in manual labor, those who use vibration tools, and throwing athletes have a greater risk of suffering this pathology [2]. Lateral elbow tendinopathy is primarily caused by repeated stress in the extensor tendon, in particular the extensor carpi radialis brevis, although it can also be caused by direct traumatism or overstretching [2,3]. Although the pathophysiological mechanism of tendinopathy has not been elucidated, it is believed that chronic tendinopathy is produced by a degenerative mechanism of the extensor tendon. This happens through hypoxia and tendon fibrosis, which could lead to the formation of calcium deposits [3]. As a result of this tissue hypoxia, fibrosis and the liberation of algesic substances occur, causing pain and muscle spasm [4,5].
Vascular supply is an important component in the repair of the tendon tissue [6]. Studies performed in animals have shown that the interruption of vascular supply in the tendon produces changes, for instance, in the fascicles of the tendon or in the collagen strands. These adaptations caused by the change of vascular supply in an animal’s tendon are similar to those observed in human chronic tendinopathy [7,8].
For this reason, different rehabilitation techniques attempt to increase the blood supply of the musculotendinous tissue by increasing the temperature. Different studies have shown that increasing the temperature by 1 °C also increases the nerve conduction velocity, the enzymatic action, and the release of oxyhemoglobin [9,10,11,12].
Capacitive–resistive energy transfer (CRet) therapy is a noninvasive electrothermal therapy classified as deep thermotherapy, which is based on the application of an electric current in the radio frequency range of 300 kHz–1.2 MHz. This type of therapy can generate the heating of deep muscle tissue, which simultaneously improves the hemoglobin saturation [5]. The physiological effect of this type of therapy is generated by the application of an electromagnetic field in the human body with a frequency of approximately 0.5 MHz [13]. The effects attributed to this technique include increased deep and superficial blood flow, vasodilation, increased temperature, removal of excess liquid, and increased cell proliferation [14,15].
It has been observed that increase in blood perfusion is related to increase in temperature, but others, like cell proliferation, seem to be primarily related to current flow [14,15]. It has been proven that cell proliferation begins at 0.00005 A per square millimeter of current flow [15].
There are clinical publications that support the use of CRet therapy, although the amounts of energy and current that must be transferred to obtain the desired changes in temperature and current flow are unknown. Furthermore, the control of these reactions is still highly based on the empirical experience of the therapist [5,16,17,18]. There are only two in vitro studies that analyzed changes in temperature and current flow in cadavers [13,19]. These studies analyzed these variables in the Achilles tendon and myotendinous junction [13] and in the different structures of the knee [19] by applying different capacitive and resistive programs at high and low powers for 5 min [13]. Nevertheless, no study to date has studied changes in current flow and temperature when a standardized treatment protocol for chronic elbow tendinopathy is applied. These inconveniences engender the interest in performing in vitro studies to validate the therapeutic effects of frequently applied clinical protocols.
The aim of this in vitro study was to analyze the thermal behavior and transmission of electric current in the superficial and deep tissues of the elbow during the application of different modalities of a CRet treatment protocol for chronic elbow tendinopathy.

The anatomic sample was composed of 10 elbows from 5 cryopreserved full cadavers (3 men and 2 women). The corpses were stored at −16 °C and were kept at room temperature for 48 h until the day of the study. The mean age of the cadavers was 80.6 ± 14.6. None of the cadaveric specimens used for this study had evidence of traumatic injuries or surgical scars in the upper extremities [20].

A 30 min intervention was performed based on a CRet protocol commonly used in clinics for the treatment of chronic lateral elbow tendinopathy (Figure 1). Throughout the whole treatment, the therapist could identify and control the power level used during the therapy and the watts (the absorbed power) shown by the device during the application. A T-Plus device application range varies from 1 to 300 watts in the resistive mode and from 1 to 450 VA in the capacitive mode [13].
The protocol consists of different applications. During the first 2 min, a resistive application of 90 W in the shoulder region was applied. This application was made with the clinical aim of generating an increase in blood perfusion. In the next 3 min, a capacitive application of 105 VA within the bicep brachialis region was applied. The clinical aim of this application was to generate vasodilation [13]. Afterwards, a capacitive application of 120 VA was applied for 4 min. In this case, the aim was to increase the temperature in the muscle bellies of the wrist extensors [13]. Subsequently, the main treatment was applied in the lateral epicondyle region of the elbow with a resistive approach of 7 W [13]. The purpose of this part of the protocol was to repair the tissue through cell proliferation caused by the current flow. Finally, a capacitive application of 20 VA was implemented for 8 min in the elbow region with a hypothermic electrode. The objective of this last application was to normalize the temperature and generate tissue drainage.
Dynamic movements were made, similar to those applied in real patients, with a constant pressure. The treatments were made by a physiotherapist with experience in the utilization of the T-Plus.

Each cadaver was placed in supine position with their forearms in pronation, slight elbow flexion, and neutral shoulder flexion/extension.
The order of the protocol application on the arms of each cadaver was randomly assigned prior to the start of the study. This randomization was done by an external investigator using the web program “random.org.” Before the treatment application, it was ensured that each cadaver’s basal temperature was stable.
All of the instrumentations used in this study possessed a calibration certificate. “Hart Scientific PT25 5628-15” thermocouples were employed to measure the temperature (°C) of the common extensor tendon in its proximal insertion and the radiohumeral capsule (Figure 2). A “Thermocomed” digital thermometer was used to measure the surface temperature of the elbow region. The invasive thermocouples were set by an investigator with sonographic experience with the help of a “U.S. Aloka Prosound C3 15.4” ultrasound with a high-frequency linear transducer (USTTL01, 12L5).
The return electrode of the CRet equipment was placed in the lumbar region of the cadavers. The treatment was performed using the hand electrode of the CRet equipment according to the previously described treatment protocol. The initial superficial temperature and the common extensor and radiohumeral capsule temperatures were measured to establish a baseline. These measurements were also registered after each application for the duration of the 30 min treatment protocol. Before the treatment, the impedance (Multimeter Fluke 8846A) was always measured to guarantee that the values shown by the T-Plus Wintecare device were correct. Furthermore, the current flow was calculated in each application using the average voltage divided by the initial impedance.

The statistical analysis was realized by using the SPSS Statistics software (IBM, Armonk, NY, USA) for Windows. The normality of the distribution was calculated using the Shapiro–Wilk test (p > 0.05). The mean, standard deviation, and percentage of change in the superficial, common extensor tendon, and radiohumeral capsule temperatures at the end of each part of the protocol were measured.
The differences between the application moments were calculated using the Wilcoxon test. A p < 0.05 value was considered statistically significant.

This study presents several limitations. First, this study was performed in cadavers, which have no thermoregulation or active blood flow. This factor probably influenced the temperature rises because thermoregulation causes heat dissipation in alive human beings. This effect would help avoid unwanted hyperthermia during treatment in real patients [5]. Another limitation is that even though the cadavers were cryopreserved, the muscle and tendinous properties could vary compared with those of alive subjects. The average age of the used corpses was relatively high. Despite that, the authors considered that the use of the donors’ bodies allowed them to know how a clinically utilized CRet protocol affects the temperature and current flow values in the common extensor tendon and radiohumeral capsule, something that is nonviable in alive subjects. More studies are needed to confirm these effects clinically. There are several CRet protocols for the treatment of lateral elbow pain, so the results of this study cannot be extrapolated to all applications.

This research received no specific grant from any funding agency in the public, commercial, or not-for-profit sectors.

The study was conducted according to the guidelines of the Declaration of Helsinki, and approved by the Ethics Committee of Universitat Internacional de Catalunya (CBAS-2019-18; data of approval 09/12/19).

All the bodies used in this study are from a body donor program.

All data regarding this article were uploaded to the Harvard Dataverse and can be found under the DOI 10.7910/DVN/G2GSBX with the title “Replication Data for: CRET on the elbow.”

The authors sincerely thank those who donated their bodies to science so that anatomical research could be performed. Results from such research can potentially increase mankind’s overall knowledge, which can then improve patient care. Therefore, these donors and their families deserve our highest gratitude. Special thanks go to Alexandra Myers for her linguistic support and Max Canet-Vintró for his help during all the anatomical processes.

The authors declare that they have no conflict of interest. 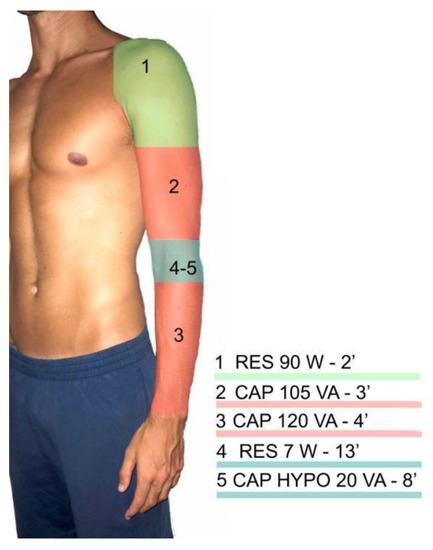 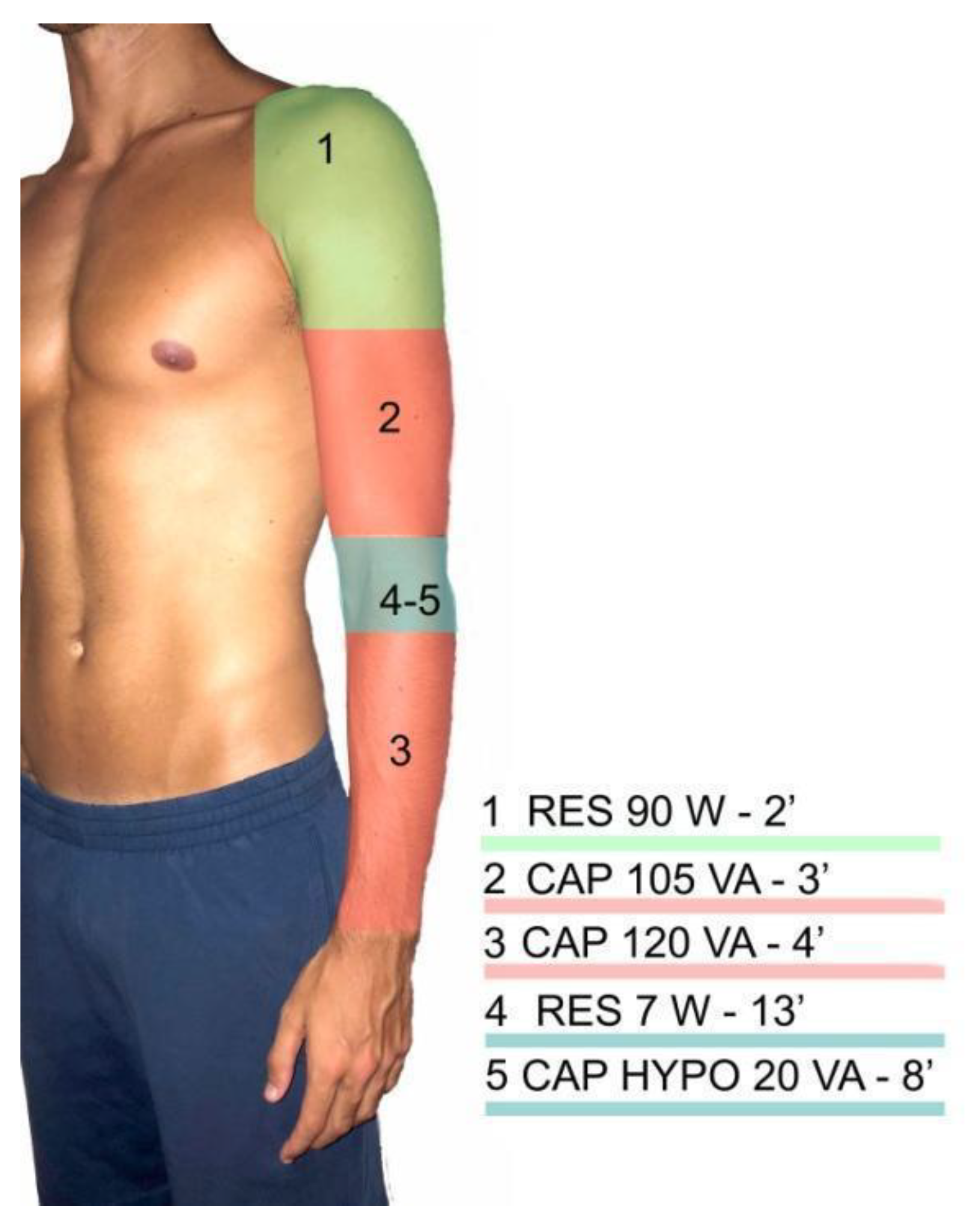 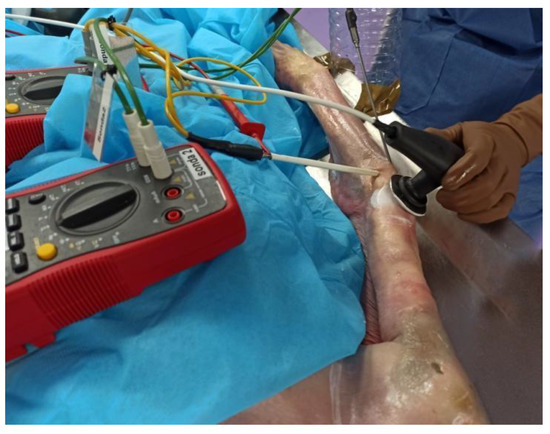 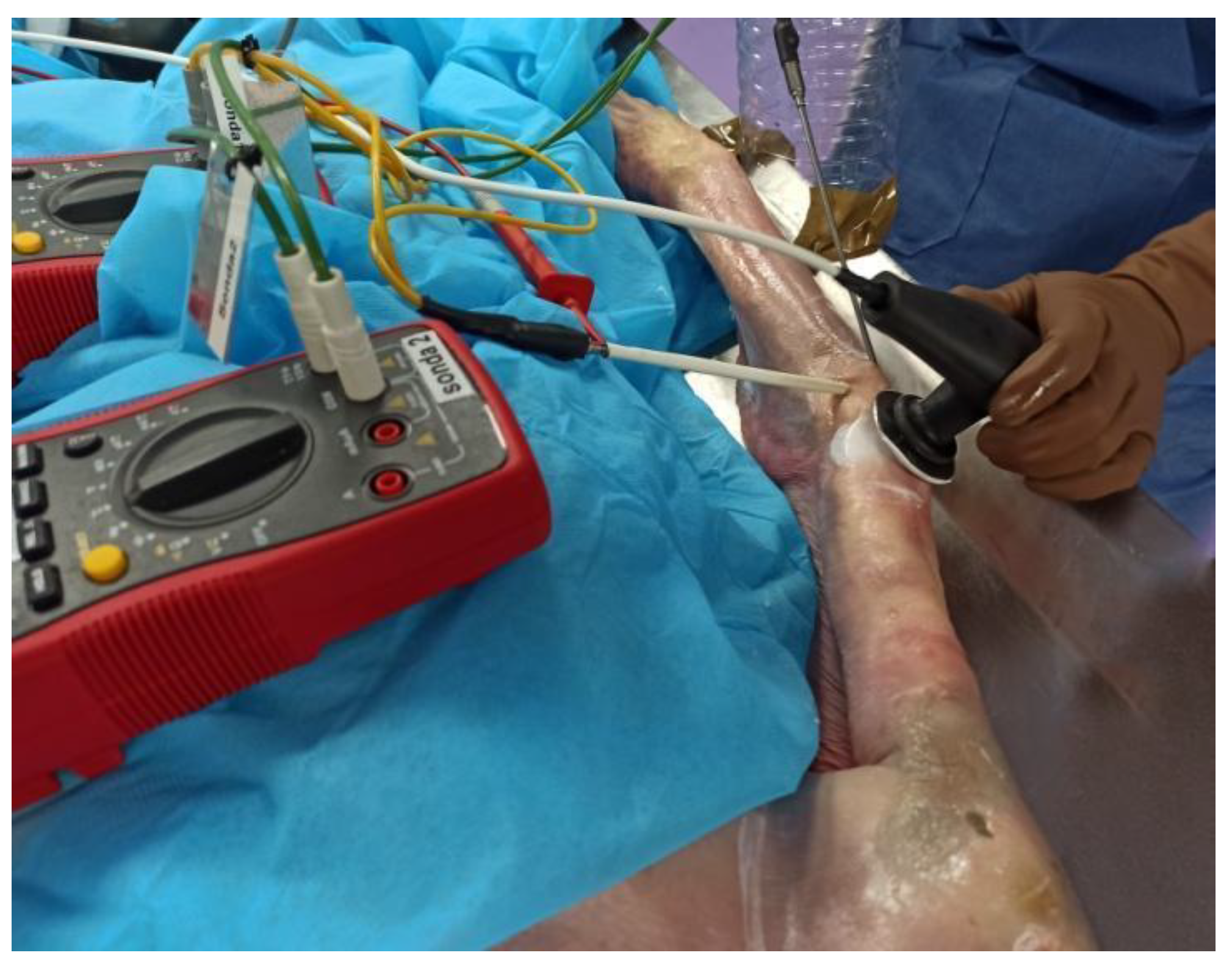 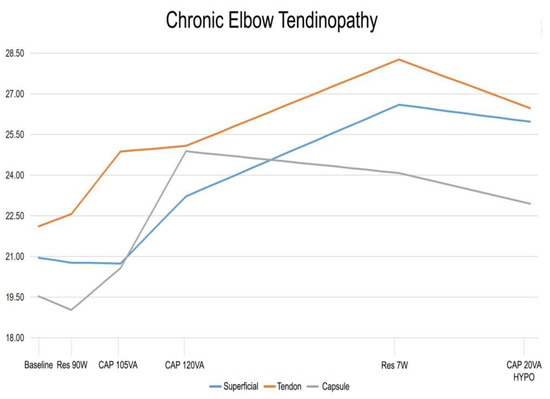 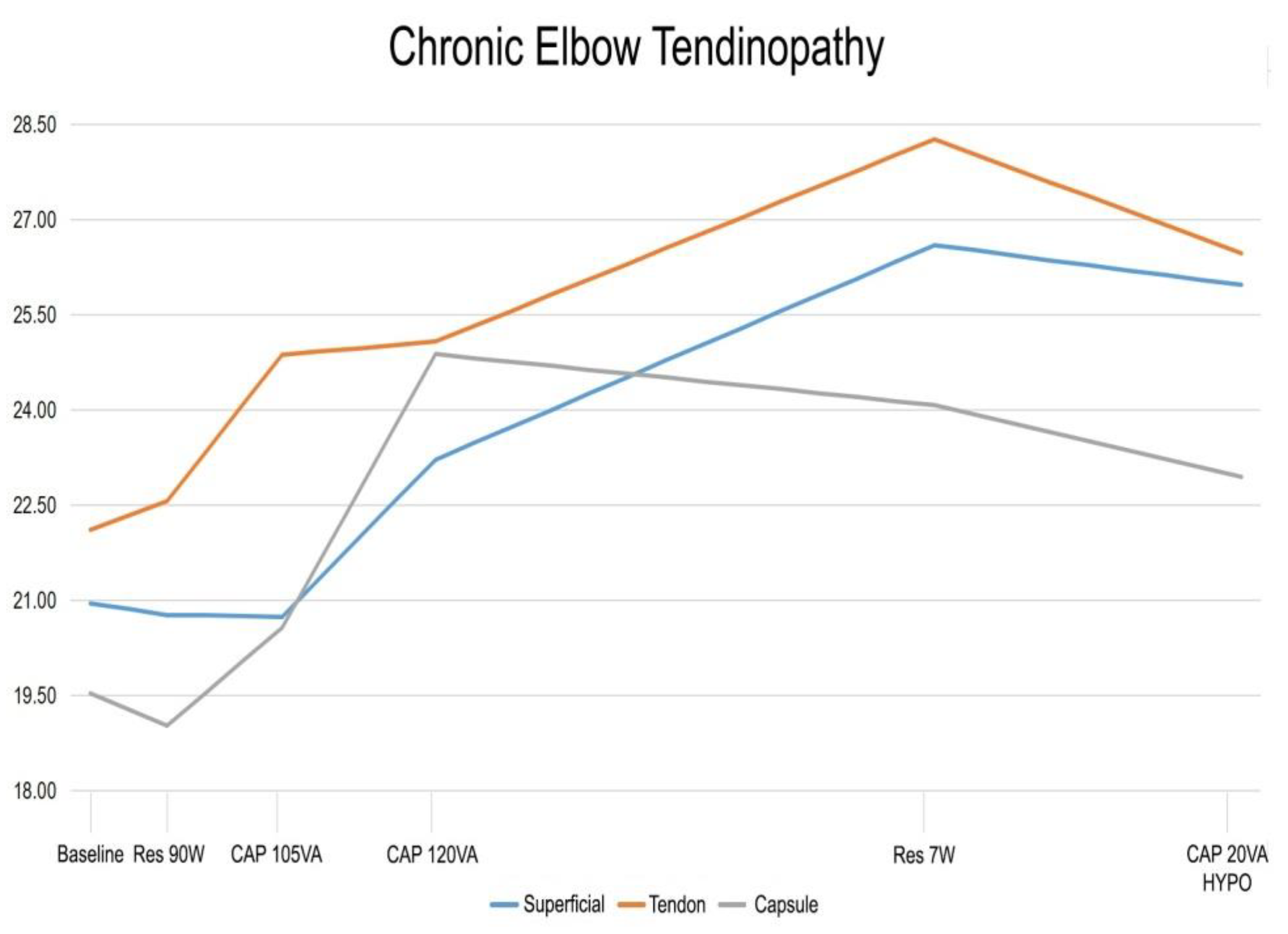