Effect of Temperature on the Survival of F-Specific RNA Coliphage, Feline Calicivirus, and Escherichia coli in Chlorinated Water

We compared the survival of F-specific RNA coliphage MS2, feline calicivirus, and E. coli in normal tap water and in tap water treated to an initial concentration of 50 ppm free chlorine and held at 4°C, 25°C, or 37°C for up to 28 days. Our aim was to determine which of these two organisms (coliphage or E. coli) was better at indicating norovirus survival under the conditions of the experiment. There was a relatively rapid decline of FCV and E. coli in 50 ppm chlorine treated water and both organisms were undetectable within one day irrespective of the temperature. In contrast, FRNA phage survived for 7 to 14 days in 50 ppm chlorine treated water at all temperatures. All organisms survived for 28 days in tap water at 4°C, but FCV was undetectable on day 21 and day 7 at 25°C and 37°C, respectively. Greater survival of FRNA phage compared to E. coli in 50 ppm chlorine treated water suggests that these organisms should be further investigated as indicators of norovirus in depurated shellfish, sanitized produce, and treated wastewater which are all subject to high-level chlorine treatment. View Full-Text
Keywords: D-value; F-specific coliphage; chlorination; Norovirus; water D-value; F-specific coliphage; chlorination; Norovirus; water
►▼ Show Figures 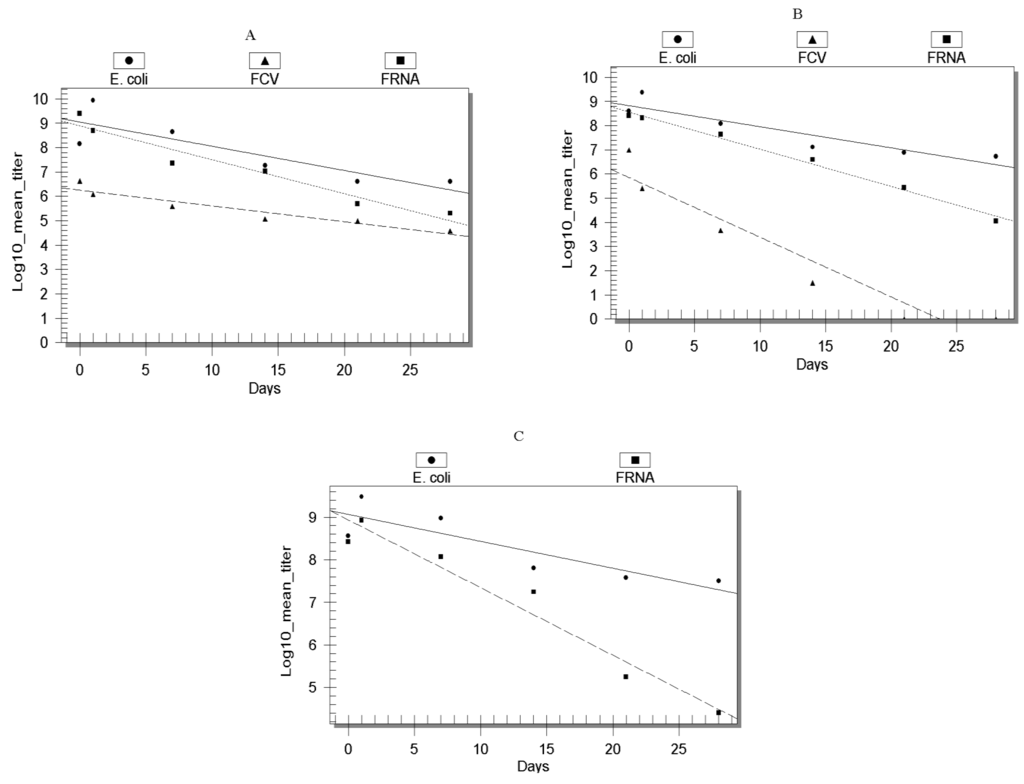