Trichloroethylene and Cancer: Systematic and Quantitative Review of Epidemiologic Evidence for Identifying Hazards
Next Article in Special Issue

A Methodological Approach to Assessing the Health Impact of Environmental Chemical Mixtures: PCBs and Hypertension in the National Health and Nutrition Examination Survey

We describe an approach to examine the association between exposure to chemical mixtures and a health outcome, using as our case study polychlorinated biphenyls (PCBs) and hypertension. The association between serum PCB and hypertension among participants in the 1999–2004 National Health and Nutrition Examination Survey was examined. First, unconditional multivariate logistic regression was used to estimate odds ratios and associated 95% confidence intervals. Next, correlation and multicollinearity among PCB congeners was evaluated, and clustering analyses performed to determine groups of related congeners. Finally, a weighted sum was constructed to represent the relative importance of each congener in relation to hypertension risk. PCB serum concentrations varied by demographic characteristics, and were on average higher among those with hypertension. Logistic regression results showed mixed findings by congener and class. Further analyses identified groupings of correlated PCBs. Using a weighted sum approach to equalize different ranges and potencies, PCBs 66, 101, 118, 128 and 187 were significantly associated with increased risk of hypertension. Epidemiologic data were used to demonstrate an approach to evaluating the association between a complex environmental exposure and health outcome. The complexity of analyzing a large number of related exposures, where each may have different potency and range, are addressed in the context of the association between hypertension risk and exposure to PCBs.
Keywords: cumulative risk assessment; PCBs; hypertension cumulative risk assessment; PCBs; hypertension

Humans are exposed to a multitude of environmental exposures, and these exposures may interact with one another to alter risk for health outcomes. In 2008, the National Research Council issued a report urging risk assessors to consider chemical mixtures rather than each component in isolation, when considering effects on human health [1]. However, there is currently no agreed upon strategy for taking into account multiple chemicals in epidemiologic studies. One issue is the dimensionality of the data involved—sample size may be limited, but numerous covariates, including multiple chemical exposures, must be investigated. Further, the varying ranges in the values of the exposures being assessed, and non-independence of the exposures make it difficult to determine relative contributions of each exposure component.
These issues are relevant when assessing human health effects of exposure to polychlorinated biphenyls (PCBs). PCBs are a class of commercially synthesized chemicals, and consist of 209 different congeners. Although PCBs have a wide range of industrial applications, the most prevalent use is in electronics manufacture. Production of PCBs was banned in the 1970s due to concerns about their toxic effects, but because of their persistence, many PCBs are still detectable in the US population. The main source of exposure for the general population is diet; PCBs bioaccumulate up the food chain, concentrating in some fish, meat, and poultry products. PCB exposure in humans has been linked to numerous adverse health outcomes, including increased risk of elevated blood pressure, or hypertension. However, as noted in a recent review article, findings have been mixed in both cross-sectional and longitudinal studies [2]. For example, in a 24-year follow up of the Yucheng cohort, Wang et al. reported a non-significant 20–40% increase in hypertension risk among exposed persons; results were not presented stratified by congener (or congener group) or level of exposure [3]. In contrast, Goncharov et al. report significant associations between hypertension and serum PCBs, as well as a positive association between PCBs and blood pressure even in the normotensive range, in a cross-sectional study of persons living near a PCB production facility [4]. The association varied depending on congener grouping—significant associations were noted for total PCBs, di-ortho, tri-ortho and tetra-ortho PCBs, but not for estrogen-like and mono-ortho PCBs. These examples emphasize the importance of evaluating the effects of PCBs based on mechanism and/or structure with respect to health outcomes.
In this work we used data from a nationally representative survey to describe one approach to such an epidemiologic analysis, using as our case study the association between hypertension and serum PCBs.

Emerging research shows that multiple chemicals may affect the same outcome or group of outcomes, due to structural similarity or related modes of action. We have used the case study of PCB exposure and risk of hypertension to demonstrate one approach to assessing the association between multiple environmental exposures and health outcomes. This approach may be readily applied to other outcomes and sets of exposures, including exposures of different classes (for example, structurally unrelated endocrine disruptors, or common pollutants of a certain industrial process). This flexibility and use of established epidemiologic techniques provide a framework for the evaluation of exposure mixtures in relation to human health. 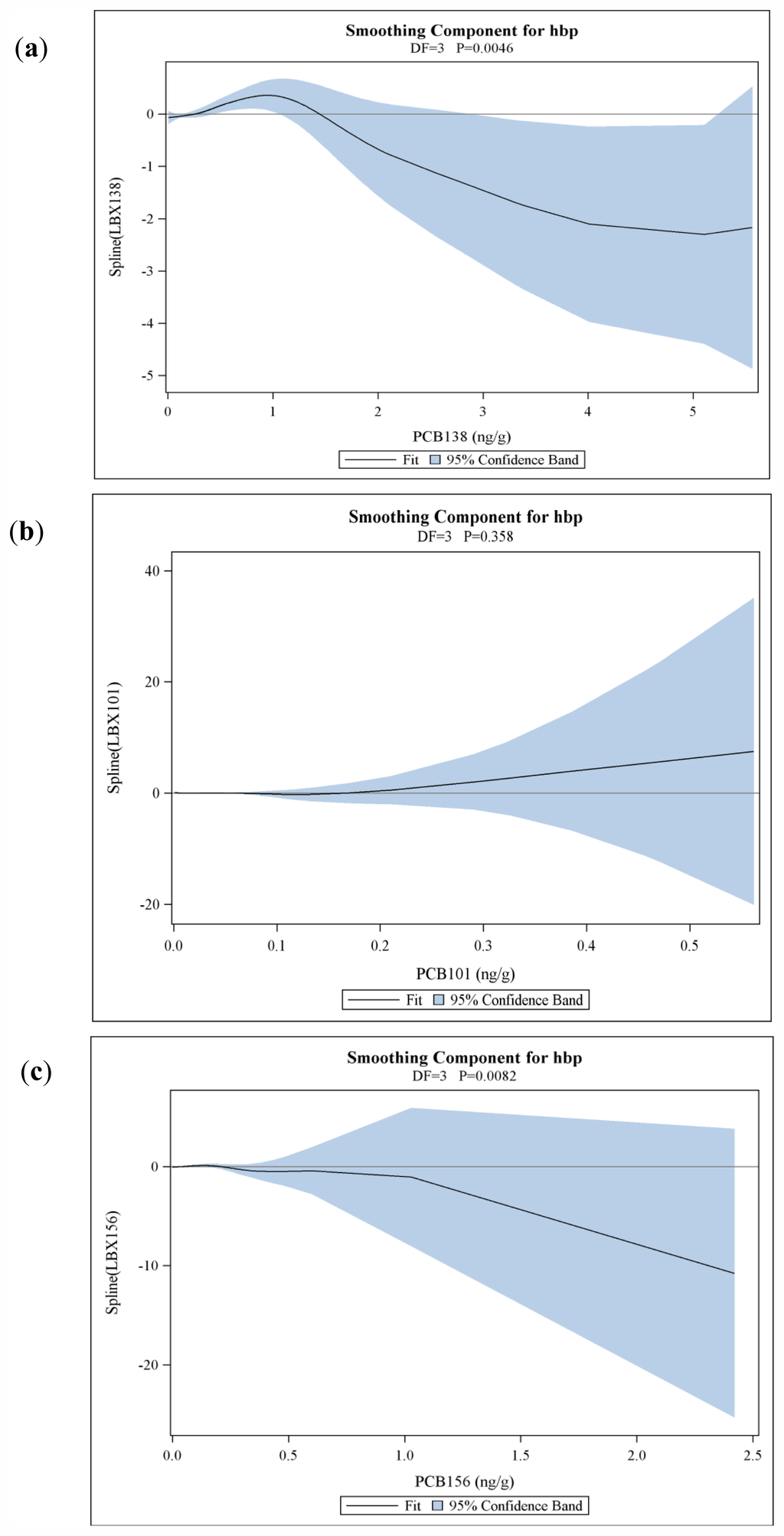 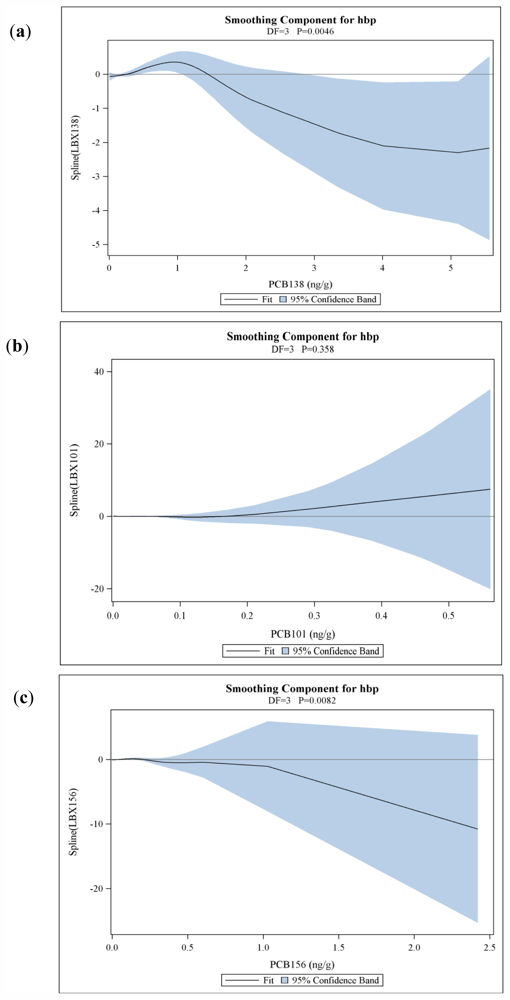 © 2011 by the authors; licensee MDPI, Basel, Switzerland This article is an open-access article distributed under the terms and conditions of the Creative Commons Attribution license (http://creativecommons.org/licenses/by/3.0/).