From Enumerating to Generating: A Linear Time Algorithm for Generating 2D Lattice Paths with a Given Number of Turns

We propose a linear time algorithm, called G2DLP, for generating 2D lattice L(n1, n2) paths, equivalent to two-item multiset permutations, with a given number of turns. The usage of turn has three meanings: in the context of multiset permutations, it means that two consecutive elements of a permutation belong to two different items; in lattice path enumerations, it means that the path changes its direction, either from eastward to northward or from northward to eastward; in open shop scheduling, it means that we transfer a job from one type of machine to another. The strategy of G2DLP is divide-and-combine; the division is based on the enumeration results of a previous study and is achieved by aid of an integer partition algorithm and a multiset permutation algorithm; the combination is accomplished by a concatenation algorithm that constructs the paths we require. The advantage of G2DLP is twofold. First, it is optimal in the sense that it directly generates all feasible paths without visiting an infeasible one. Second, it can generate all paths in any specified order of turns, for example, a decreasing order or an increasing order. In practice, two applications, scheduling and cryptography, are discussed. View Full-Text
Keywords: Lattice Path; Multiset Permutation; Turns; Integer Partition; Cryptography; Open Shop Scheduling Lattice Path; Multiset Permutation; Turns; Integer Partition; Cryptography; Open Shop Scheduling
►▼ Show Figures 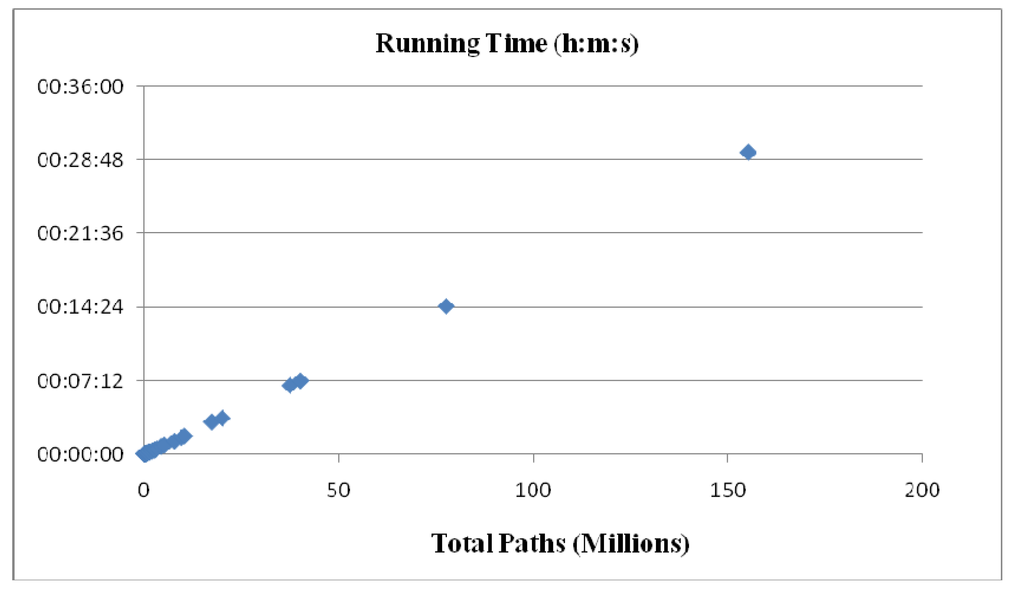