Local Innate Responses to TLR Ligands in the Chicken Trachea

The whitefly Bemisia tabaci is a major pest to agricultural crops. It transmits begomoviruses, such as Tomato yellow leaf curl virus (TYLCV), in a circular, persistent fashion. Transcriptome analyses revealed that B. tabaci knottin genes were responsive to various stresses. Upon ingestion of tomato begomoviruses, two of the four knottin genes were upregulated, knot-1 (with the highest expression) and knot-3. In this study, we examined the involvement of B. tabaci knottin genes in relation to TYLCV circulative transmission. Knottins were silenced by feeding whiteflies with knottin dsRNA via detached tomato leaves. Large amounts of knot-1 transcripts were present in the abdomen of whiteflies, an obligatory transit site of begomoviruses in their circulative transmission pathway; knot-1 silencing significantly depleted the abdomen from knot-1 transcripts. Knot-1 silencing led to an increase in the amounts of TYLCV ingested by the insects and transmitted to tomato test plants by several orders of magnitude. This effect was not observed following knot-3 silencing. Hence, knot-1 plays a role in restricting the quantity of virions an insect may acquire and transmit. We suggest that knot-1 protects B. tabaci against deleterious effects caused by TYLCV by limiting the amount of virus associated with the whitefly vector. View Full-Text
Keywords: gene silencing; insect-plant-virus interaction; geminiviruses; knottin genes gene silencing; insect-plant-virus interaction; geminiviruses; knottin genes
►▼ Show Figures 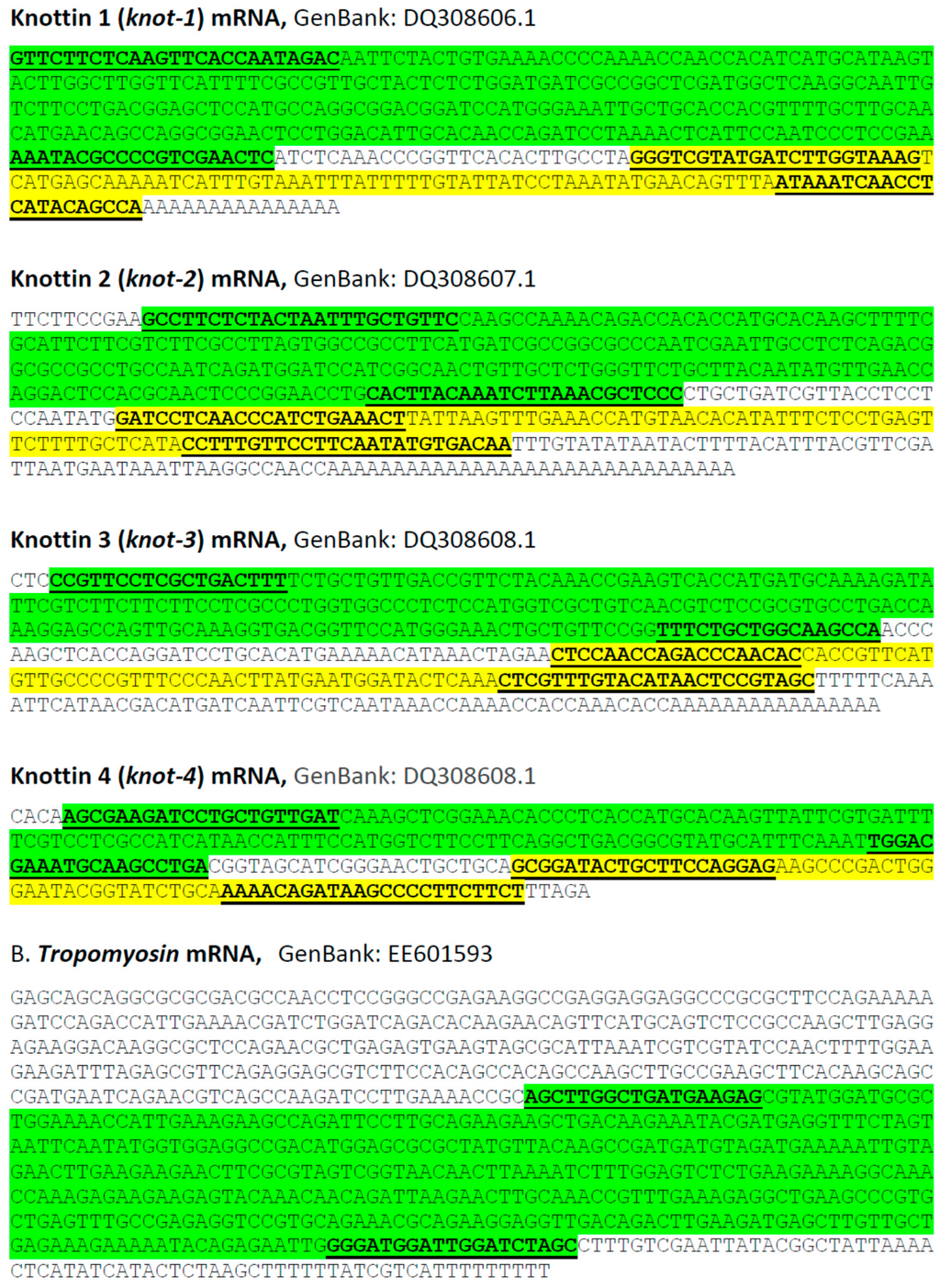