40 Years of Helicobacter pylori: A Revolution in Biomedical Thought

Background: Various microorganisms such as bacteria, virus, and fungi can infect humans and cause not just a simple infection but septic conditions, organ dysfunction, and precancerous conditions or cancer involving various organ systems. After the discovery of the microscope, it was easier to discover and study such microorganisms, as in the case of Helicobacter pylori, a pathogen that was seen in the distant era of the nineteenth century but without being recognized as such. It took 100 years to later discover the pathogenesis and the cancer that this bacterium can cause. Since it was discovered, until today, there has been a continuous search for the understanding of its pathogenetic mechanisms, and the therapeutic approach is continuously updated. Methods: We investigated how diagnosis and therapy were dealt with in the past and how researchers sought to understand, exactly, the pathogenetic biomolecular mechanisms of H. pylori, from the genesis of the infection to the current knowledge, with an analysis of carcinogenic mechanisms in the stomach. We have examined the scientific evolution of the knowledge of the disease over these 40 years in the gastroenterological and pharmacological fields. This was possible through a search in the databases of Medline, the WHO website, the Centers for Disease Control and Prevention (CDC) website, PubMed, and Web of Science to analyze the earlier and the latest data regarding H. pylori. Results: With the scientific discoveries over time, thanks to an increasing number of progressions in scientific research in the analysis of the gastric mucosa, the role of Helicobacter pylori in peptic ulcer, carcinogenesis, and in some forms of gastric lymphoma was revealed. Furthermore, over the years, the biomolecular mechanism involvement in some diseases has also been noted (such as cardiovascular ones), which could affect patients positive for H. pylori. Conclusions: Thanks to scientific and technological advances, the role of the bacterium H. pylori in carcinogenesis has been discovered and demonstrated, and new prospective research is currently attempting to investigate the role of other factors in the stomach and other organs. Cancer from H. pylori infection had a high incidence rate compared to various types of cancer, but in recent years, it is improving thanks to the techniques developed in the detection of the bacterium and the evolution of therapies. Thus, although it has become an increasingly treatable disease, there is still continuous ongoing research in the field of treatment for resistance and pharma compliance. Furthermore, in this field, probiotic therapy is considered a valid adjuvant. View Full-Text
Keywords: Helicobacter pylori; history of medicine; gastric cancer; carcinogenesis; seroprevalence; antimicrobials; chemotherapy; microbiota; probiotics Helicobacter pylori; history of medicine; gastric cancer; carcinogenesis; seroprevalence; antimicrobials; chemotherapy; microbiota; probiotics
►▼ Show Figures 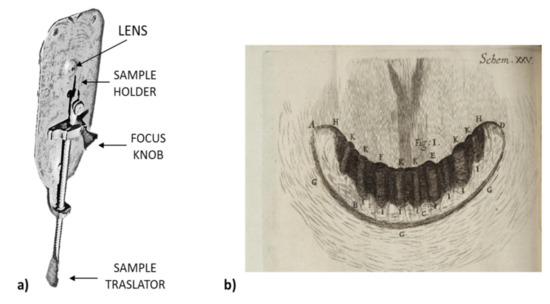