Supporting Breastfeeding in 2021 and Beyond—Lessons from the Pandemic

(1) Background: The study aims to identify which imaging parameters are necessary for a new correct surgical approach in the study of choanal atresia, and which anatomical findings are essential for correct planning of endoscopic treatment in choanal atresia. (2) Methods: In this retrospective study, 19 patients with choanal atresia had high-resolution multiplanar imaging (14 cases aged ≤1 year and 5 cases aged 1 to 3 years) and 35 patients in the control group similarly distributed by age. Fourteen variables, the most relevant from a surgical point of view, were selected and measured. A comparison was made between the averages of the study group and the different control groups, either directly observed or selected from the literature, using Pearson’s correlation. (3) Results: In 14 out of 26 cases, the differences were statistically significant. There was a correlation between the structures assessed, such as choanal height, rostrum height, and age. (4) Conclusions: Thanks to volumetric reformatting, this work identified and provided the clinician with useful information that helped choose the correct surgical approach. Furthermore, it focused on which imaging parameters are necessary to improve the planning of the surgical correction of choanal atresia.
Keywords: computer tomography; choanal atresia; measure; surgery computer tomography; choanal atresia; measure; surgery

Choanal atresia is a rare congenital disorder caused by a failure to develop the posterior nasal cavity (choana), resulting in a missing opening between the nasopharynx and the nasal cavities. The incidence of this malformation reported in the literature is approximately 1/5000–7000 live births [1].
Generally, choanal atresia may affect one or both Choanae, although most studies show that the unilateral form is more common than the bilateral one [2,3], and the incidence is higher in females than in males (2:1) [4,5]. The unilateral form is frequently on the right side [2,5]. Bilateral atresia is more commonly associated with syndromes such as CHARGE, Treacher-Collins, and Crouzon’s disease [4,6]. Bilateral atresia is a congenital disease that represents a surgical emergency. It is severe because the infant, during the first month of life, breathes preferentially through the nose. For this reason, this disorder usually presents with severe symptoms and can cause respiratory failure with intercostal and retrosternal retraction, abnormal movement of the wing nose during breathing, dyspnea, cyclic cyanosis, and asphyxia. On the other hand, children subject to unilateral breathing will have late unilateral nasal obstruction, persistent ipsilateral rhinorrhea, and recurrent rhinosinusitis.
Parietal atresia consists of a blockage resulting from a thickening of the parietal bone: the vomer medially, the pterygoid plate laterally, which may be fused or divided by a fi-bro-periosteal layer covered by mucosa. Previous studies have shown that the ratio of bone to membranous atresia is 9:1; although a detailed review of CT findings with histopathological studies showed that mixed-wall atresia is the most common and is present in 71% of cases, while in 29% of cases we found a pure bone wall [7,8].
The treatment of end-tidal atresia is exclusively surgical. The most commonly used surgical procedures consist of a transnasal endoscopic approach. The ENT practitioner prepares the posterior part of the nasal septum, the cartilaginous bony part of the rostrum, and the mucosa and performs resection of the atresia wall.
To define the prominent anatomical landmarks to plan a correct endoscopic approach for atresia, we chose a set of parameters of the whole cavity and compared them with negative controls with the same age distribution. In addition to the clinical parameters, we identified the rostrum height, width, and height. All parameters mentioned above represent essential knowledge for planning the surgical procedure.

This study was conducted by sophisticated head and neck radiology operating unit and pediatric department of a tertiary referral center. In the study, we included 19 patients with choanal atresia. The mean age of the children was 207 ± 333 days; 14 were less than 1 year old and 5 between 1 and 3 years; 10 were females and 9 males; 5 were affected by the unilateral form on the right side and 10 by the bilateral form. These cases were reported for more than 10 years (2008–2019). The control group consisted of 35 children without craniofacial malformation, with a mean age of 507 ± 418 days, 16 of whom were less than 1 year old, and the others were between 1 and 3 years old. These details are summarized below (Table 1). In this type of study, children with genetic malformations were excluded.
Our study began with a review of the literature and identified the points necessary for the diagnosis to be reported. To this end, we selected two sets of data: the first by examining children who had the same characteristics as those affected by atresia (age and no genetic malformations), the second, from three authors whose reference points were helpful for reporting—see Table 2 (Aslan, 2008 [9]; 3: Likus, 2014 [10]);
These young patients underwent a high-resolution volumetric HRCT scan (CT Aquilion, Toshiba, channels). The standard parameters used for the test depended on the patient and ranged between 120 and 100 kV, in 100–50 mA with a step of 1–0.5 s per rotation, followed by a multiplanar reconstruction (MPR) of approximately 8 mGy.
To avoid movement artifacts or lack of compliance on young patients, we opted for a whole stomach window after the baby’s feeding, solving the problems with MPR.
We meet the technical correctness criteria for HRCT imaging to standardize data acquisition, which, for axial scanning, are the symmetry of the visible structures, the reconstructive plane must make parallel to the plane of the hard palate, as well as for sagittal and coronal reconstructions, care must also be taken to a position perpendicular to it.
We measured 14 different dimensions of the nasal and nasopharyngeal cavities (Table 3). Eleven variables were identified based on pre-existing scientific findings, which we considered clinically valuable [9,10,11,12] (Figure 1A–C). Additionally, we measured the height, width, and height of the rostrum (Figure 1D,E).
All parent patients enrolled gave their consent to the study and use of data for research.
We calculated the Pearson correlation. As the measurements are considered to be closely related to the age of the children, we decided to compare our study group with the control group by stratifying the data into two groups:

For each of these 14 measures, the mean and standard deviation were calculated, and then the mean of the study group was compared to the negative controls in the scientific literature utilizing the Student’s t-test. Specifically, channel height, rostrum width, and rostrum height were analyzed with our control group, while the comparison of the remaining 11 variables was carried out using data from the literature [5,6,10]. Differences with probability <0.05 were considered statistically significant.
All enrolled parent patients gave their consent to the study and the use of the data for the research.

A direct relationship between the variables (CH, RW, RH) was noted by analyzing the Pearson correlation coefficient. As age increases, there is an increase in the measures considered, to be noted in the table with the positive sign. From this consideration, it can be concluded that there is a strong correlation between choanal height and age in both groups (R2 = 0.77 and R2 = 0.69, respectively) and that there is a poor correlation with rostrum width, especially in the study group (R2 = 0.31 and R2 = 0.37), and a good correlation with rostrum height (R2 = 0.60 and R2 = 0.50) (Table 4).
For each of the 14 variables, a comparison was made between the averages of the study group and different control groups, either directly observed or selected from the literature (Table 2). Specifically, channel height, rostrum width, and rostrum height were analyzed with data from their control group, while normative data available in the literature were taken for the comparison of the remaining 11 variables [9,10,12]. The REF column indicates which control group was considered, which can be found at the bottom of the Table 2. As already mentioned, the tests were carried out by distinguishing two age groups.
In 16 of the 26 comparisons, the differences were statistically significant (Table 4). The DX septum type was mucous in 68% (13 patients) of the cases, bony in 3 cases, and mixed in 3 others. The SN septum type was not detectable in 5 cases (26%); in the remaining cases, it was mucous (42%), bony (16%), and mixed (16%) (Figure 2).
Only one case of rostrum dysmorphia was found that was eccentric and had increased in size (Figure 3).

This work has established that radiological imaging must search for anatomical parameters in order to plan and surgically correct choanal atresia.
In-depth anatomical knowledge is required for the use of new endoscopic techniques. This knowledge has allowed us to enhance our role, especially in preoperative planning, and to propose three rostrum morphologies that, in our opinion, should be reported for correct endoscopic planning.

The authors state that this work has not received any funding.

Written information was obtained from all parents of children included in the study.

The scientific guarantor of this publication is Daniela Messineo. The dataset will be made available by making a request to Messineo, [email protected] according to Italian law—and having reported the CT setting has a copy with authorization from the parent of the young patients. 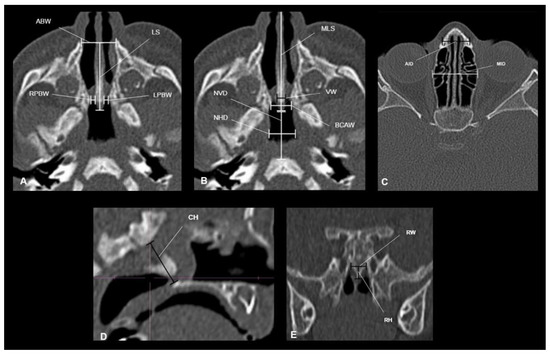 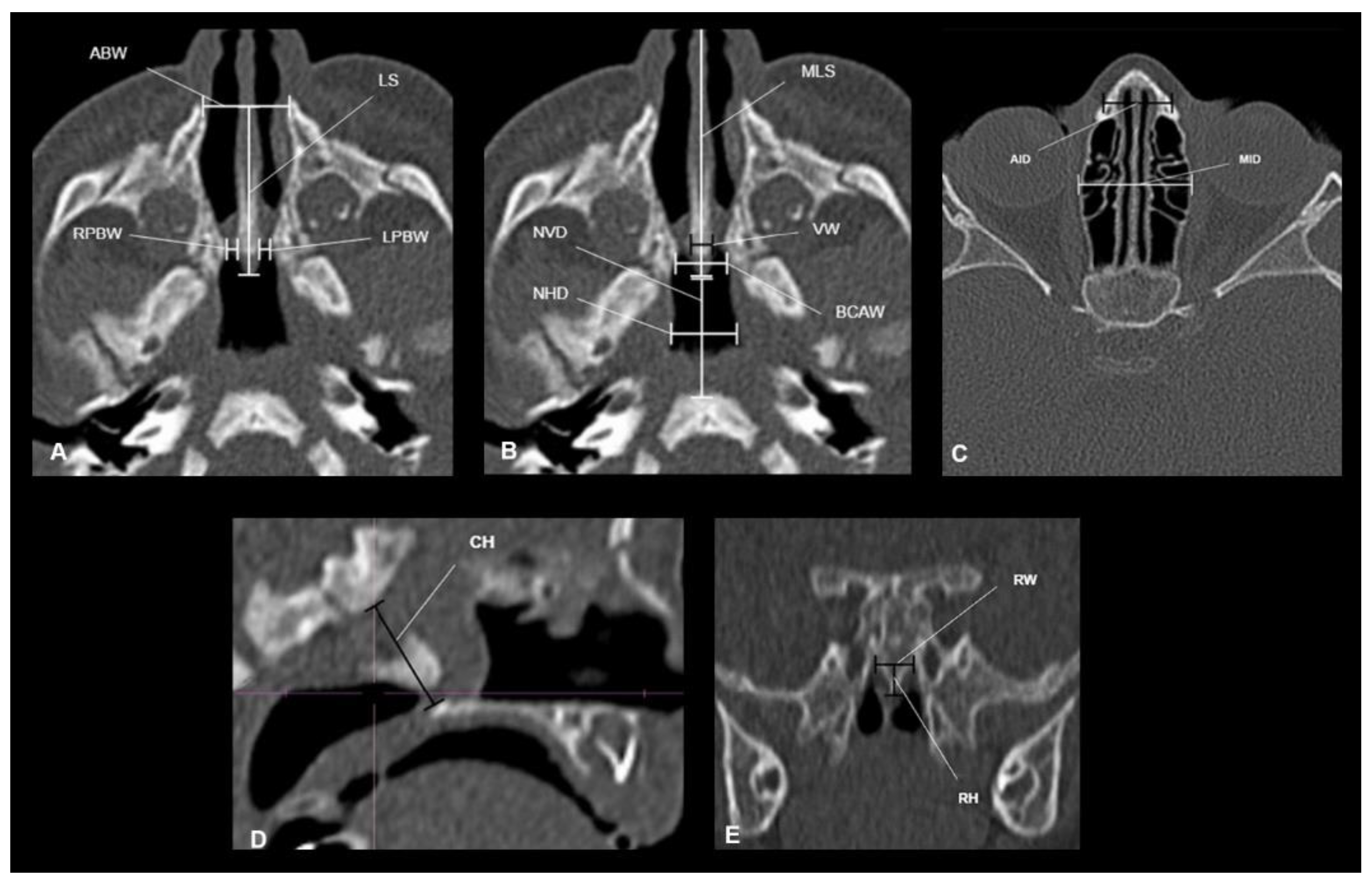 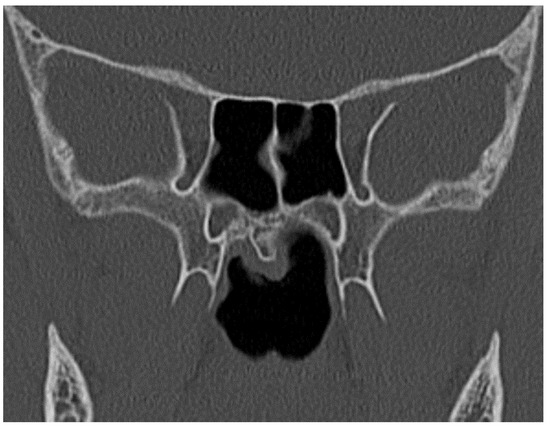 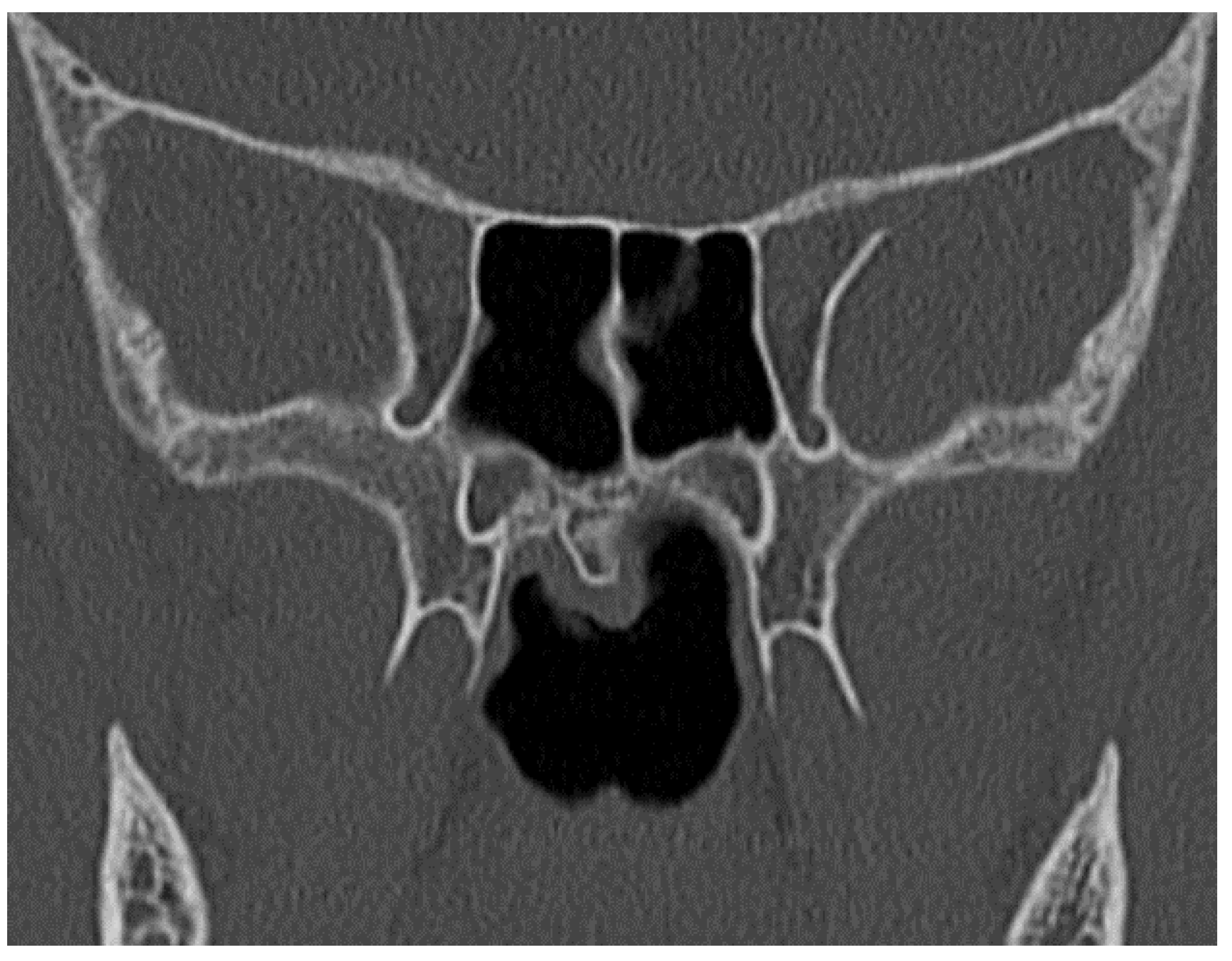 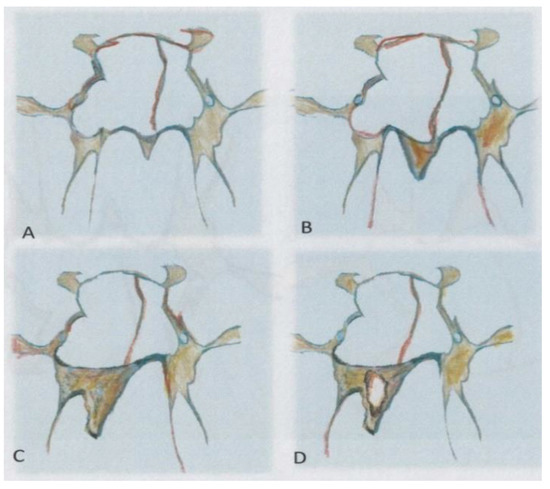 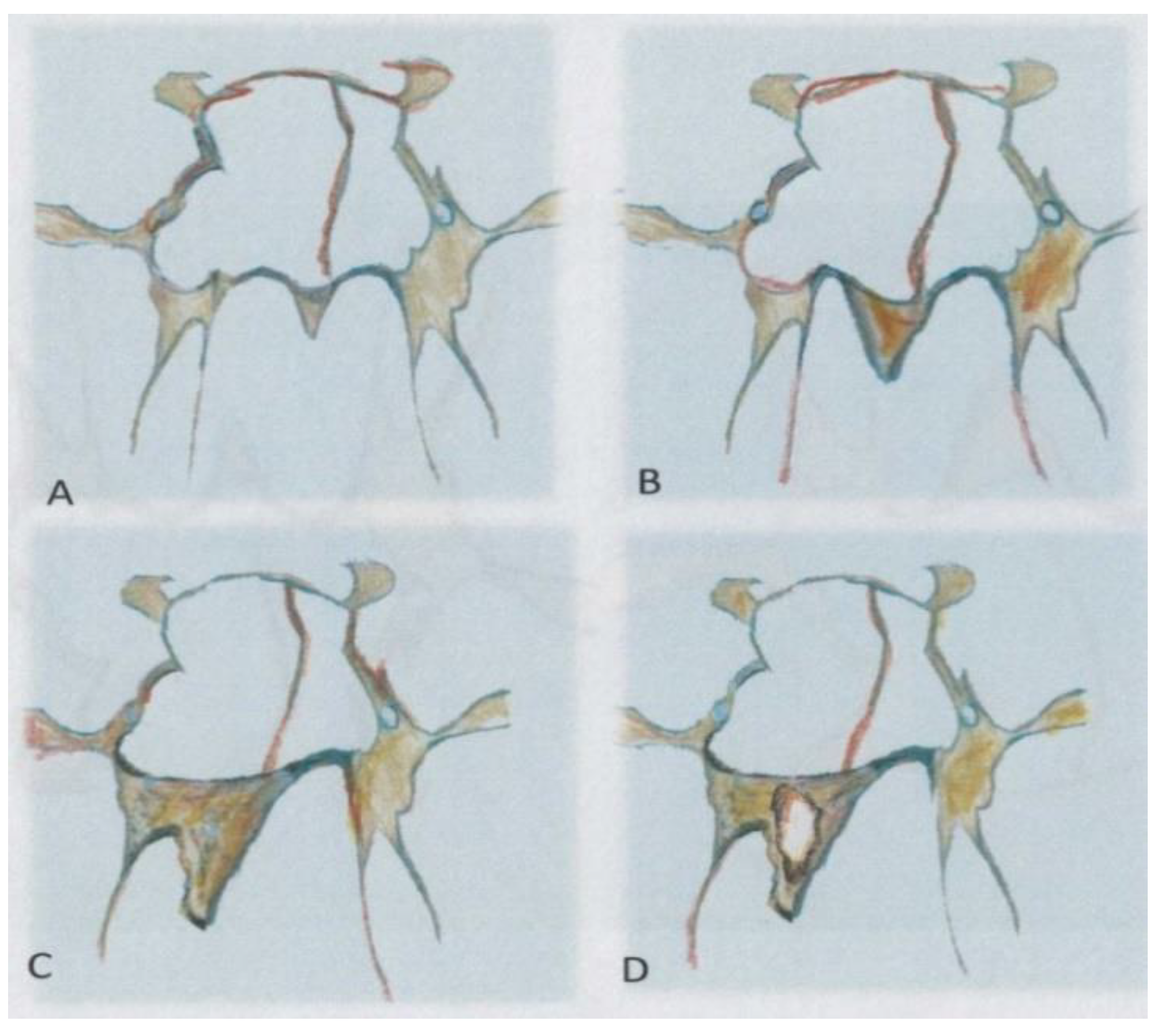 Table 4. Pearson’s correlation coefficient.
Table 4. Pearson’s correlation coefficient.
© 2021 by the authors. Licensee MDPI, Basel, Switzerland. This article is an open access article distributed under the terms and conditions of the Creative Commons Attribution (CC BY) license (https://creativecommons.org/licenses/by/4.0/).
We use cookies on our website to ensure you get the best experience. Read more about our cookies here.
Accept
We have just recently launched a new version of our website. Help us to further improve by taking part in this short 5 minute survey here. here.
Never show this again