Caring for Computers: The Hidden Work of Clinical Nurses during the Introduction of Health Information Systems in a Teaching Hospital in Taiwan
Previous Article in Journal

Effects of Postpartum Fatigue and Depressive Cognitions on Life Satisfaction and Quality of Life in Arab Postpartum Women: The Intervening Role of Resourcefulness

The World Health Organisation (WHO) recommends exclusive breastfeeding for 6 months and part breastfeeding for up to 2 years of age. In 1991, the WHO and the United Nations Children’s Fund created the Baby-Friendly Hospital Initiative, which includes the global strategy Ten Steps to Successful Breastfeeding [1]. This strategy aims to protect, promote and support breastfeeding and to enhance the conditions for successful breastfeeding worldwide. In Sweden, a guideline for hypoglycaemia in neonates [2] focuses on the medical aspects, but there is no national guideline for use in maternity wards on the supplemental feeding of infants. This lack of guidance may cause inequalities in the care of infants and the advice given to parents and may prevent the delivery of best practice and evidence-based care. Providing this knowledge may help to provide better support for parents about breastfeeding and supplemental feeding.
The Swedish National Board of Health and Welfare defines complete breastfeeding as giving only breast milk, vitamins and any medication, and part breastfeeding as additional formula breastfeeding [3]. In the 1930s, the number of hospitalised deliveries in Sweden increased and children were often nursed in separate rooms and at scheduled times. The separation of child and mother continued for many decades and reduced the opportunities for skin-to-skin contact, which promotes breastfeeding and milk production [4,5,6]. During the 1950s and 1960s, breast milk replacement was marketed as being equivalent to breast milk and helping to free women from children and the home [7]. At the beginning of the 1970s in Sweden, about 5–7% fully breastfed at six months. Positive attitudes about breastfeeding and the health effects of breastfeeding increased the number of breastfed infants during the 1990s [8]. The percentage of children fully breastfed at 6 months has remained unchanged at 13% since 2010 [3]. According to Rollins et al. (2016), health systems and community interventions can increase the rate of exclusive breastfeeding by 2–5 times [9]. Therefore, guidelines in accordance with available evidence and with evidence-based recommendations are necessary to achieve the adequate management of supplementary feeding for infants. National guidelines will support standardised regimes [10].
The nutritional characteristics of breast milk vary between individuals [11], and breastfeeding can decrease the frequency of bacterial infection, ear inflammation, obesity and sudden infant death [11,12,13]. Breastfeeding can also reduce the risk of overweight and obesity throughout the child’s life [12,13], and can positively affect cognitive development [14,15]. Breastfeeding also has positive health effects on women by reducing the risk of breast and ovarian cancer [13,16,17].
After childbirth, the child needs to produce glucose until the mother’s breast milk production starts, and a healthy full-grown neonate can handle this adjustment without problems [2]. The risk factors for hypoglycaemia are premature birth, low birth weight, large for gestational age (LGA), perinatal asphyxia, respiratory disorder, infection, hypothermia, twin delivery and/or maternal diabetes [18,19]. Strategies to prevent hypoglycaemia in infants include skin-to-skin contact, blood glucose monitoring until achieving two recordings >2.4 mmol/l and encouraging early frequent breastfeeding [20]. Supplemental feeding is another way of preventing hypoglycaemia [10]. The risk factors for hypoglycaemia are maternal diabetes and early gestational age [18]. Untreated hypoglycaemia can cause poor feeding, hypotonia, hypothermia, jitteriness, tremulousness and irritability [19,21]. Persistent hypoglycaemia can cause respiratory distress, seizures and brain injury in infants [19,22]. In high-risk children, it is important to breastfeed and give supplements to avoid persistent low blood glucose levels [19,23]. Therefore, it is important to provide supplemental feeding to infants who are unable to wait until the mother’s milk flows, or infants who are unable to suck for any reason. Feeding guidelines are intended to prevent low blood sugar levels, which could cause serious consequences [24]. In Sweden, a shortage of donated human milk sometimes exists, and therefore neonatal clinics should prioritise the premature and/or sick infants rather than healthy infants at maternity clinics. Furthermore, Swedish mothers are only allowed to donate breastmilk for three months after delivery [24]. Supplementary feeding can be performed by cup, bottle and feeding tube with breastmilk or infant formula [25].
A Spanish study reported that 84% of women wanted to breastfeed before delivery but, when they left the hospital, only 58% fully breastfed [26]. A metanalysis found that 37% of children younger than 6 months were breastfeed exclusively in low-income or upper-middle-income countries; by contrast, the rates were reported as 20% in high-income countries and 16% in Sweden [13]. A Canadian study emphasised the importance of fathers in the decision-making regarding how their infants are fed [27]. Possible ways to reduce formula feeding at hospitals are prenatal education, peer counselling, hospital staff and physician education, and skin-to-skin contact [28].
According to a clinical protocol from the United States, these are widespread recommendations concerning supplemental feeding rather than national guidelines [29]. Previous research has not examined local guidelines for the supplemental feeding of infants in Sweden. What is known is that breastfeeding can improve both the child’s and mother’s health. The National Board of Health and Welfare in Sweden has regulations that provide binding rules stating that breast milk compensation should only be given to infants for medical reasons [30]. There is a critical need to investigate the local guidelines for supplemental feeding to aid decisions about national guidelines to strengthen patient safety and ensure that the requirement for equal care is met. This knowledge will help health professionals better identify problems and support parents with breastfeeding, which could facilitate best practice care for children. Therefore, the aim of the present study was to describe the local guidelines for the supplemental feeding of infants used in Swedish women’s clinics with maternity wards.

A purposeful sampling was used in 2019, when all 43 of the Swedish women’s clinics with maternity wards were requested for their guidelines regarding the supplemental feeding of infants. There are no privately run maternity clinics in Sweden caring for infants that are in need of supplemental feeding.
Each hospital switchboard was contacted to provide addresses and phone numbers for the unit heads of the delivery wards, information that is not classified. Subsequently, an information letter was mailed to that person describing the study’s aim, methods and information about voluntary participation. Of the 43 women’s clinics contacted, 41 responded (95%) during the 4-week data collection. Three of the responding clinics had no current guidelines, and a total of 38 clinics were included in this study.

The study’s design involved content analysis according to Elo and Kyngäs (2008), which is useful when the aim is to describe a phenomenon [31]. The deductive approach is appropriate when the material already exists but is to be examined in a new context [31]. We also performed quantitative content analysis and reported the number of guidelines in each category, which added valuable information about differences in content between guidelines.
The guidelines were read and compared by checking the accuracy of the text and identifying contents related to the study’s aim. In the next step, similarities and differences were identified. The authors read each guideline independently and highlighted text that was relevant to the research question. In the next step, each guideline’s content was analysed and sorted into nine categories (Table 1) which was used as a protocol for the content analysis. A quantitative content analysis was also performed to describe the frequency of content areas. The data were then compiled and are presented in the results section in the form of text, tables and figures. Throughout the process, the research group worked together to achieve consensus in the analysis. The GRADE (Grading of Recommendations, Assessment, Development and Evolution) approach was used as a standardised judgement tool [32]. This study was approved by the local university board and was conducted in accordance with the Declaration of Helsinki [33].

Descriptive data obtained from the 38 guidelines are presented in Table 2. Eighteen referred to The National Care Program–Neonatal hypoglycaemia in infants with gestational age ≥ 35 weeks, which had a high to low level of evidence GRADE (Table 3). Five of the 38 guidelines also included other references, and 19 did not. Of those, four had a moderate and one a low level of evidence GRADE [32].
There were no differences between the nine categories, whether the guidelines stemmed from the capital or from a smaller area.

Feeding methods were included in 28 guidelines, and 10 provided no information about feeding methods (Figure 1). The most common feeding methods were cup feeding and feeding probe. Supplemental feeding was suggested mainly as infant formula (n = 32) and breastmilk (n = 27); six guidelines made no suggestions.
The most common risk factors for supplemental feeding were maternal diabetes, small for gestational age, LGA, born before week 37, perinatal asphyxia, infection, 10% weight loss and hyperbilirubinaemia (Figure 2). The guidelines included mothers with diabetes type 1, diabetes type 2, and diabetes in pregnancy in combination.

Twenty-two guidelines included information about the duration and gradual phasing out of supplemental feeding. One described that, before discharge, an individual assessment should be made after breastfeeding observation. Five recommended visits to the maternity clinic after discharge for a follow-up.

To ensure that the sample would provide extensive content to address the aim of our study, all women’s clinics in Sweden with associated maternity wards were asked to participate. Hospitals without a maternity ward were excluded because infants with a medical indication for supplemental feeding are usually treated in the maternity ward. Data collection started via mail but, because the response rate was low, reminders were sent both by mail and phone several times, and eventually 41 of 43 (95%) clinics agreed to participate. We speculate that the difficulty we experienced accessing the guidelines was not an unwillingness to share, but rather reflected that the hospitals are overwhelmed with work.
The data were analysed using content analysis with a deductive approach according to Elo and Kyngäs (2008) [31]. We tried to present the results in enough detail to provide a clear understanding and to increase the credibility of our findings. Dependability was achieved because the text was read independently and analysed by researchers with different backgrounds, such as midwifery, midwifery students, paediatric nursing and public health nursing. Transferability was enhanced by analysing nearly all of Sweden’s local guidelines.

5. Conclusions and Suggestions for Future Direction

The data presented in this study are available in article. 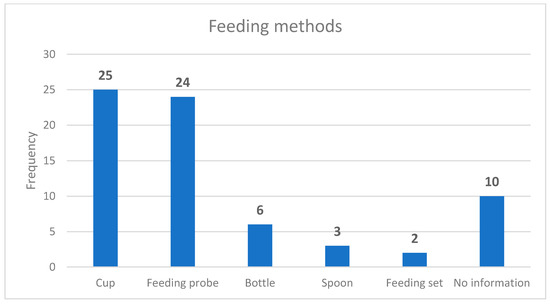 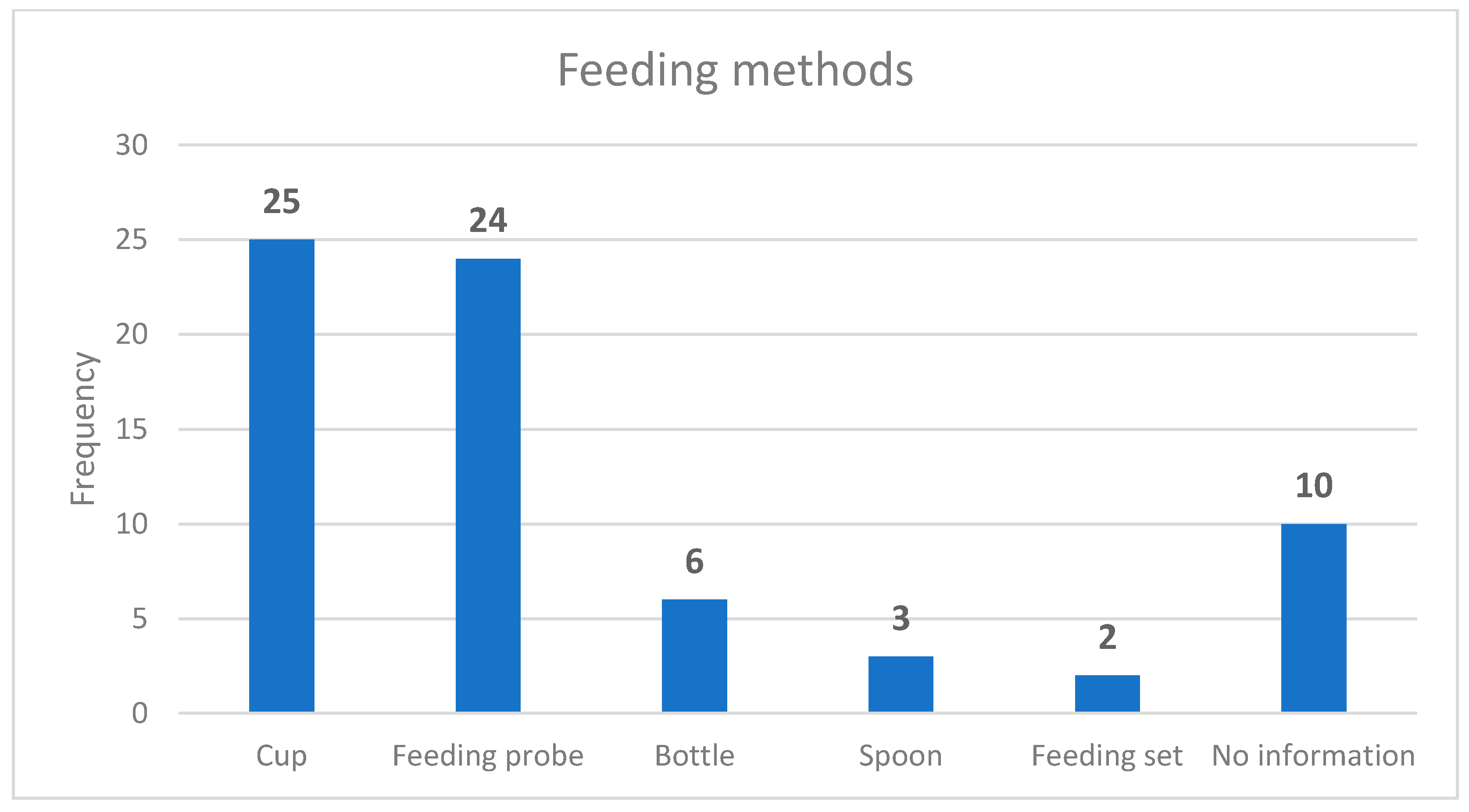 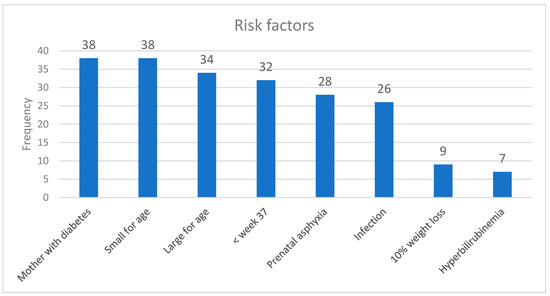 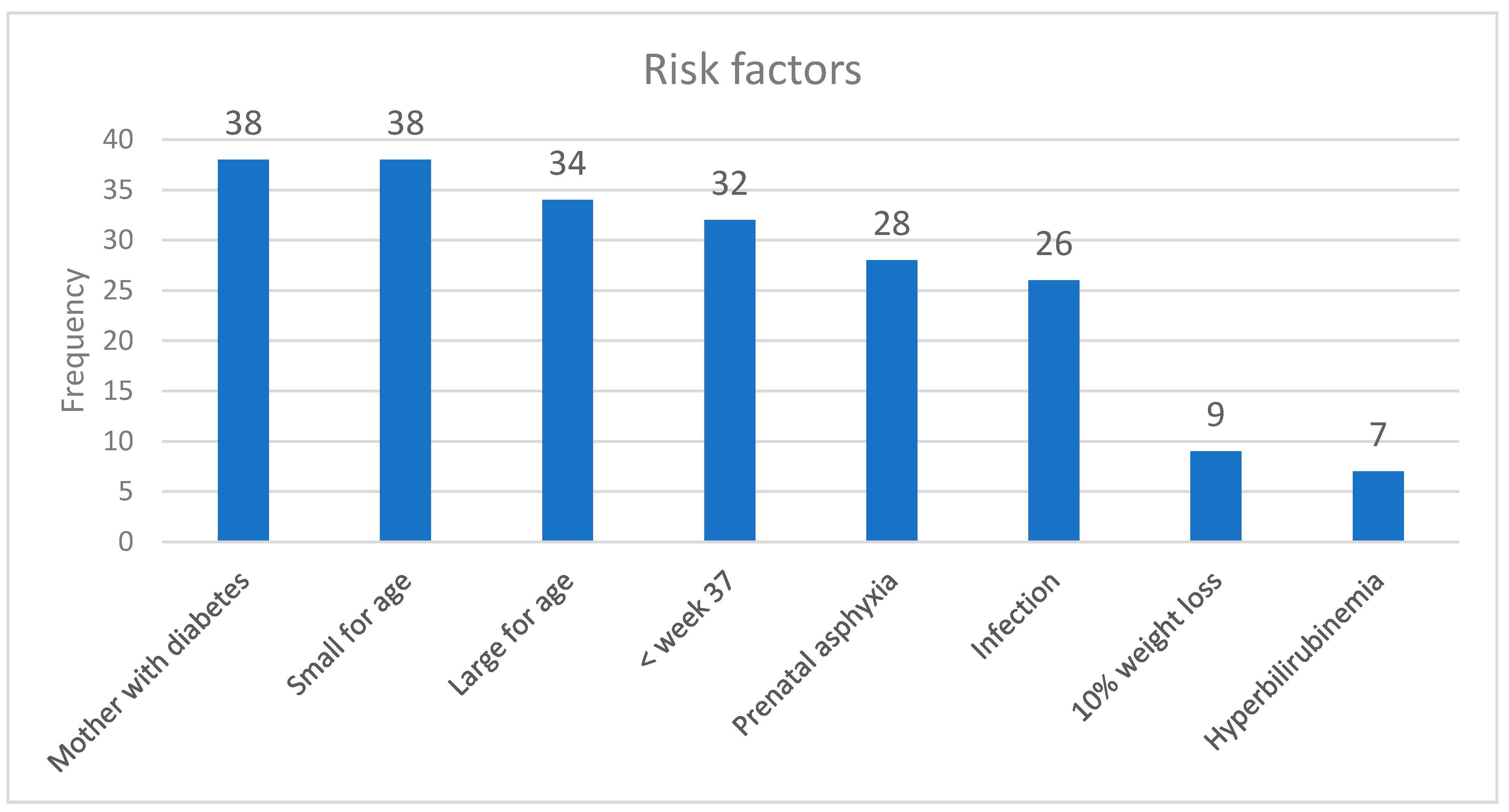