Green BIM Assessment Applying for Energy Consumption and Comfort in the Traditional Public Market: A Case Study
Next Article in Special Issue

The toll of workplace bullying is immense, yet, similarly as with an iceberg, its scope, scale and implications tend to remain underestimated. Several ways of assessing the prevalence of workplace bullying have been proposed in the literature. The most frequently discussed are the ‘subjective method’ assessing individuals’ perceptions of being a victim and the questionnaire, i.e., criterion-based, methods, including Negative Acts Questionnaire (NAQ) and Leymann Inventory of Psychological Terror (LIPT). Since in both cases culture plays a profound role as a mediating factor in the process of identifying, collecting, and processing data, the applicability of these methods across cultures and countries has several limitations. At this stage, it is impossible to determine the impact of the implicit cultural-bias that these methods entail on the research outcomes. This would be possible if an alternative workplace bullying scale (WBS) was at hand and, consequently, a comparative analysis was conducted. This paper, drawing from a study conducted at higher education institutions (HEI) across Pakistan, addresses this issue by devising an alternative WBS. The value added of this paper is three-fold, i.e., it elaborates on the study and the specific methods employed to prove the validity and relevance of the alternative WBS. Moreover, by so doing, it addresses some of the limitations that other methods measuring the prevalence of workplace bullying display. As a result, it adds to the researchers’ and administrators’ toolkit as regards research and policies aimed at mitigating the scope and scale of bullying at HEIs across cultures and countries. View Full-Text
Keywords: workplace bullying; Workplace Bullying Scale (WBS); bullying; convergent validity; Job Stress Scale (JSS); higher education institutions (HEI) workplace bullying; Workplace Bullying Scale (WBS); bullying; convergent validity; Job Stress Scale (JSS); higher education institutions (HEI)
►▼ Show Figures 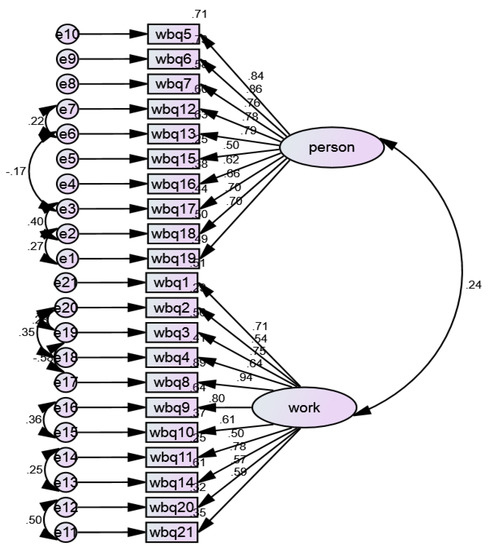