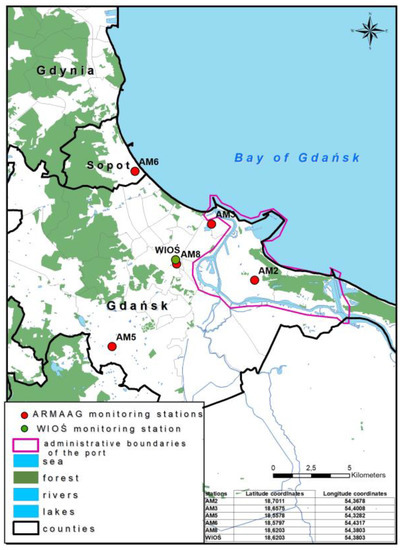 Czechowski, P.O.; Dąbrowiecki, P.; Oniszczuk-Jastrząbek, A.; Bielawska, M.; Czermański, E.; Owczarek, T.; Rogula-Kopiec, P.; Badyda, A. A Preliminary Attempt at the Identification and Financial Estimation of the Negative Health Effects of Urban and Industrial Air Pollution Based on the Agglomeration of Gdańsk. Sustainability 2020, 12, 42. https://0-doi-org.brum.beds.ac.uk/10.3390/su12010042


Czechowski PO, Dąbrowiecki P, Oniszczuk-Jastrząbek A, Bielawska M, Czermański E, Owczarek T, Rogula-Kopiec P, Badyda A. A Preliminary Attempt at the Identification and Financial Estimation of the Negative Health Effects of Urban and Industrial Air Pollution Based on the Agglomeration of Gdańsk. Sustainability. 2020; 12(1):42. https://0-doi-org.brum.beds.ac.uk/10.3390/su12010042