Sustainability of Energy-Induced Growth Nexus in Brazil: Do Carbon Emissions and Urbanization Matter?

This study assesses the relationship between economic performance and environmental sustainability by taking into account the role of energy consumption, urbanization, and trade openness in Brazil by using data spanning from 1965 to 2019. The study is distinct from previously documented studies in literature in terms of scope for Brazil, where few entries have been recorded. The major objectives are to address the questions: (a) Is there a long-run connection between the variables under consideration? (b) Can CO2 emissions, trade openness, and energy consumption predict economic performance of Brazil? (c) What is the connection between economic growth and the independent variables at different frequencies and time-period? Furthermore, the study utilized dynamic ordinary least square (DOLS), fully modified ordinary least square (FMOLS), Maki Cointegration, and autoregressive distributed lag (ARDL) to capture the long-run association between the variables of interest. Also, we used the Wavelet coherence and Gradual-shift causality tests to capture the causal linkage between economic growth and the regressors. The advantage of the wavelet coherence test is that it can capture causal linkage between series at different frequencies and periods. The outcome of both Maki cointegration and ARDL bounds testing to cointegration affirms the presence of long-run interaction among the parameters of interest. Furthermore, the outcomes of the DOLS and FMOLS revealed that energy consumption, CO2 emissions, and urbanization exert positive impacts on economic growth in Brazil while there is no significant connection between trade openness and economic growth. Moreover, Gradual shift causality test outcomes disclosed that urbanization, trade openness, CO2 emissions and energy usage can predict the economic performance of Brazil. The outcomes of the wavelet coherence test give credence to the FMOLS, DOLS, and Gradual shift causality tests. View Full-Text
Keywords: environmental sustainability; economic growth; trade openness; urbanization; energy consumption environmental sustainability; economic growth; trade openness; urbanization; energy consumption
►▼ Show Figures 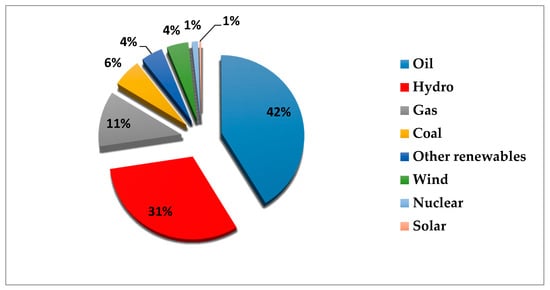 Wing-Keung Wong
Obtained Ph.D. from the University of Wisconsin-Madison, WONG, Wing-Keung is a Chair Professor at the Department of Finance, Asia University. He was a Full Professor at Hong Kong Baptist University and Deputy Director at the National University of Singapore. He appears in “Who's Who in the World”. He is in the list of top Taiwan, Asian, and World economists by RePEc. He has more than 6100 citations in Researchgate and more than 8400 citations with h-index = 52 and i10-index = 177 in Google Scholar citation. He serves as editor, advisor, and associate editor for some international journals.

Husam Rjoub
Husam Rjoub is currently an Assistant Professor in the Faculty of Economics and Administrative Sciences, Cyprus International University. He received his MA and Ph.D. (Banking and Finance) from Near East University in 2007 and 2013 respectively. Both MA and Ph.D. dissertations focused on determinants of bank profitability. He has teaching experience of more than 10 years in the areas of Banking, Finance, Economics, and Management. Currently, he is the coordinator of the Doctorate of Business Administration (DBA) at Cyprus International University. His main research interests are Asset Pricing (CAPM, APT, F&F) and International Finance (FDI). He has presented many research papers at international and national conferences. His publications appear in many prestigious international refereed journals indexed in the web of science and Scopus. He serves as Editorial Board and referees for a list of prestigious international journals
Zoom | Orient | As Lines | As Sticks | As Cartoon | As Surface | Previous Scene | Next Scene
We use cookies on our website to ensure you get the best experience. Read more about our cookies here.
Accept
We have just recently launched a new version of our website. Help us to further improve by taking part in this short 5 minute survey here. here.
Never show this again